SAKURA/INZAI, Japan (Reuters) – Katsuya Kodama’s wife died two years ago, and the 77-year-old keeps her ashes on a Buddhist altar in their suburban Tokyo home. 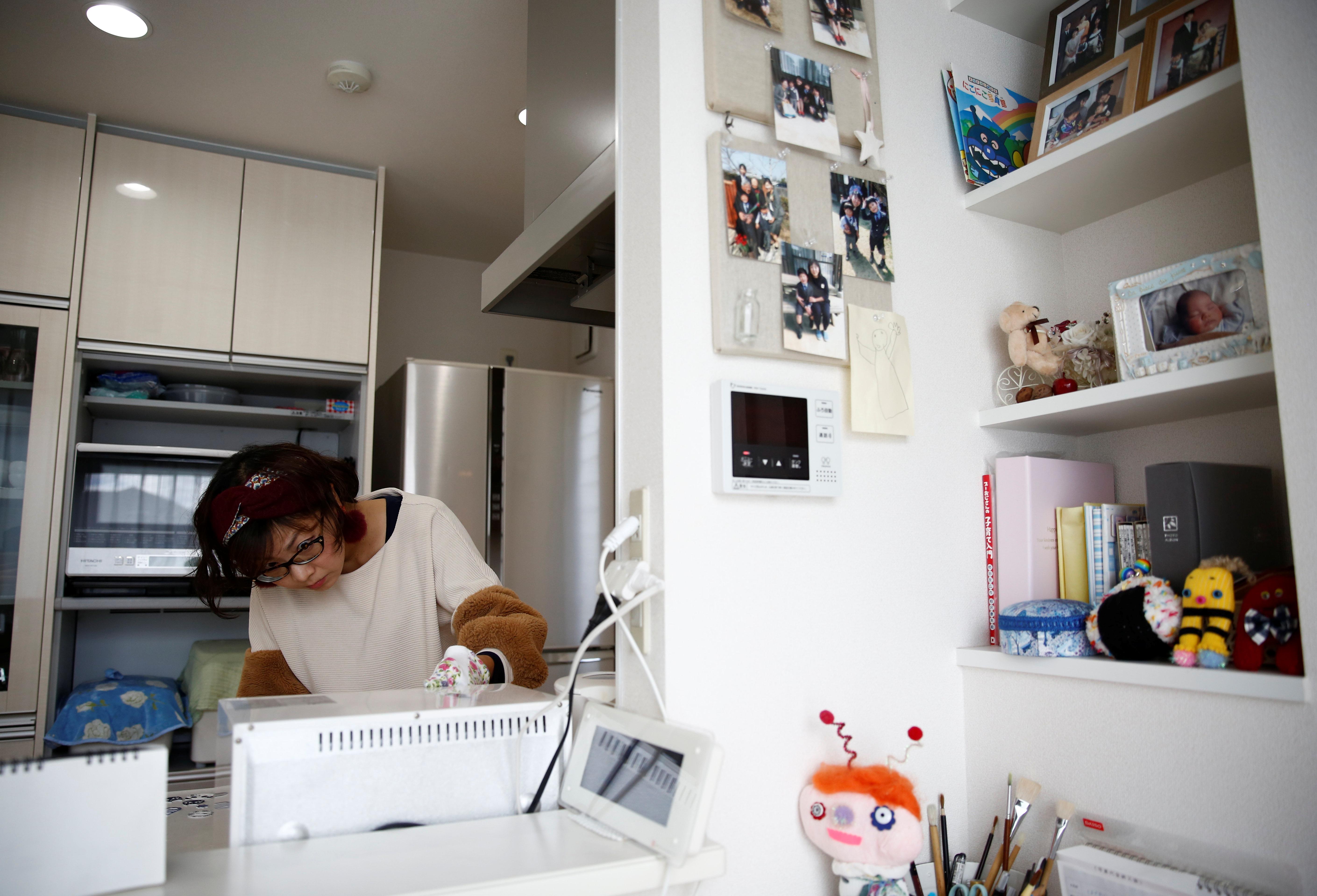 “I talk to her morning and night, tell her everything,” he said. “I sit on the chair she used in the bath while ill. Sitting where she sat makes me feel close to her.”

That sense of loss cuts through Sakura, including the Sennari district where Kodama moved 30 years ago.

Back then, it was filled with young families; now, nearly half of Sennari’s residents are over 65 and the population of Sakura, a city of 175,000, is falling by about 400 a year.

The next town over is the more youthful Inzai, where life is much different. Only about 21 percent of its population of 100,600 is older than 65 – 12 percent below Sakura as a whole and almost 7 percent below the national average – and it is buzzing with new development.

Like Sakura, Inzai lies within commuting distance of Tokyo, roughly an hour west by train, and Narita airport, about 40 minutes east. Both cities sprawl across a mix of developed and open land, prime for growth.

But the demographics of the two cities underline their divergent fortunes.

Inzai will still be growing in 2040, government forecasts say, while Sakura is set to shrink by up to 20 percent. Japan’s population is predicted to decline by 16 percent in the same period.

The key difference: Inzai was redeveloped starting in the mid-1980s with young families in mind. Its mayor enthusiastically lobbied national and regional governments to bring in a major housing project called Chiba Newtown. As it grew, Inzai dangled entertainment complexes and parks to lure residents, with tax breaks for employers.

Sakura has by contrast grown in the more piecemeal fashion typical of other Japanese cities, with little thought given to bringing in new blood. Residents say its government, controlled by one political party since 1955, allowed local stores to fold and did not attract new businesses.

As Japan ages and its population shrinks, Sakura and Inzai illustrate what its cities must do to survive and deal with the rising costs of caring for elderly residents.

Hideki Kobayashi, a professor of city planning at Chiba University, said it was crucial to attract young people with amenities and convenience – like Inzai – or offer sweeteners like tax breaks and guaranteed daycare.

“The population of young people is falling all over Japan, so it becomes a fight for them,” he said. “There will be winners and losers, forcing local governments into competition. The places that make efforts to win will see growth.”

For Shota and Kanako Hagiwara, Inzai represented a new and convenient place to raise their two active boys.

“It’s really spread out and easy to live in,” said Shota, 36, who works for an airline at Narita airport. “It’s new, and looks as if it’ll flourish for some time.”

Though parts of Inzai remain rural, the Higashinohara area where the Hagiwaras live is filled with houses and growing.

With its broad, straight streets lined with palm trees, their neighborhood barely seems Japanese. City planning experts say that is part of its appeal.

“There are always people to talk to, and lots of kids,” said Kanako Hagiwara, 36, who makes jewelry at home.

The area’s biggest problem is crowded schools and a shortage of daycares. Two hundred children in Inzai are waiting for spots even as more centers are built.

The Urban Renaissance Agency (UR), a quasi-governmental group responsible for large-scale development in Japan, provided 1,379 hectares (3,400 acres) of land for Inzai after the regional government bought it from private owners.

“Chiba Newtown aimed to provide residential land for families raising children,” said Soichi Hirakawa of UR’s sales and planning department. As a result, most residents are in their 30s, and some work at the companies attracted by Inzai’s corporate tax rebates, which can be as high as $62 million stretched over several years.

Kodama was lured by the dream of buying a new home, unaffordable in Tokyo, in Sakura’s Sunny Newtown development, carved out of mountains and rice fields.

Now many of the houses are dated or even falling down, the area dotted with vacant lots. Unlike Inzai, Sakura has failed to bring in large companies, and residents say the local government hasn’t listened to what they need.

“When I walk around, there’s a bunch of abandoned houses,” said 77-year-old Kenzo Ito, who has lived in Sennari for 50 years. “It’d be nice if somebody lived in them, or if young people built houses here.”

The school, now 43 years old, has lost 75 percent of students from its 1978 peak. New supermarkets in neighboring areas have driven many local shops out of business, and shoppers complain Sakura did nothing to provide alternatives or easy transport.

Taeko Suzuki, 81, a widow, shoulders a daypack to walk more than a kilometer for shopping.

”I’ve been to Inzai once; they have lots of stores and it’s nice,” she said. “But saying I’m envious doesn’t get me anywhere.”

Although Sakura’s older population requires more services, its taxes per person are about half those of Inzai. Sakura official Takanari Yajima acknowledged the city was struggling to provide for all.

“There are bedridden people who need nursing care, while others are still energetic,” he said. “There’s just too many different things.”

The city does offer financial support for people under 40 who want to live near elderly parents, or moving and housing aid of up to 300,000 yen ($2,662) for young couples with lower incomes. Success has been limited, officials say, partly because some of the programs are only a few years old. 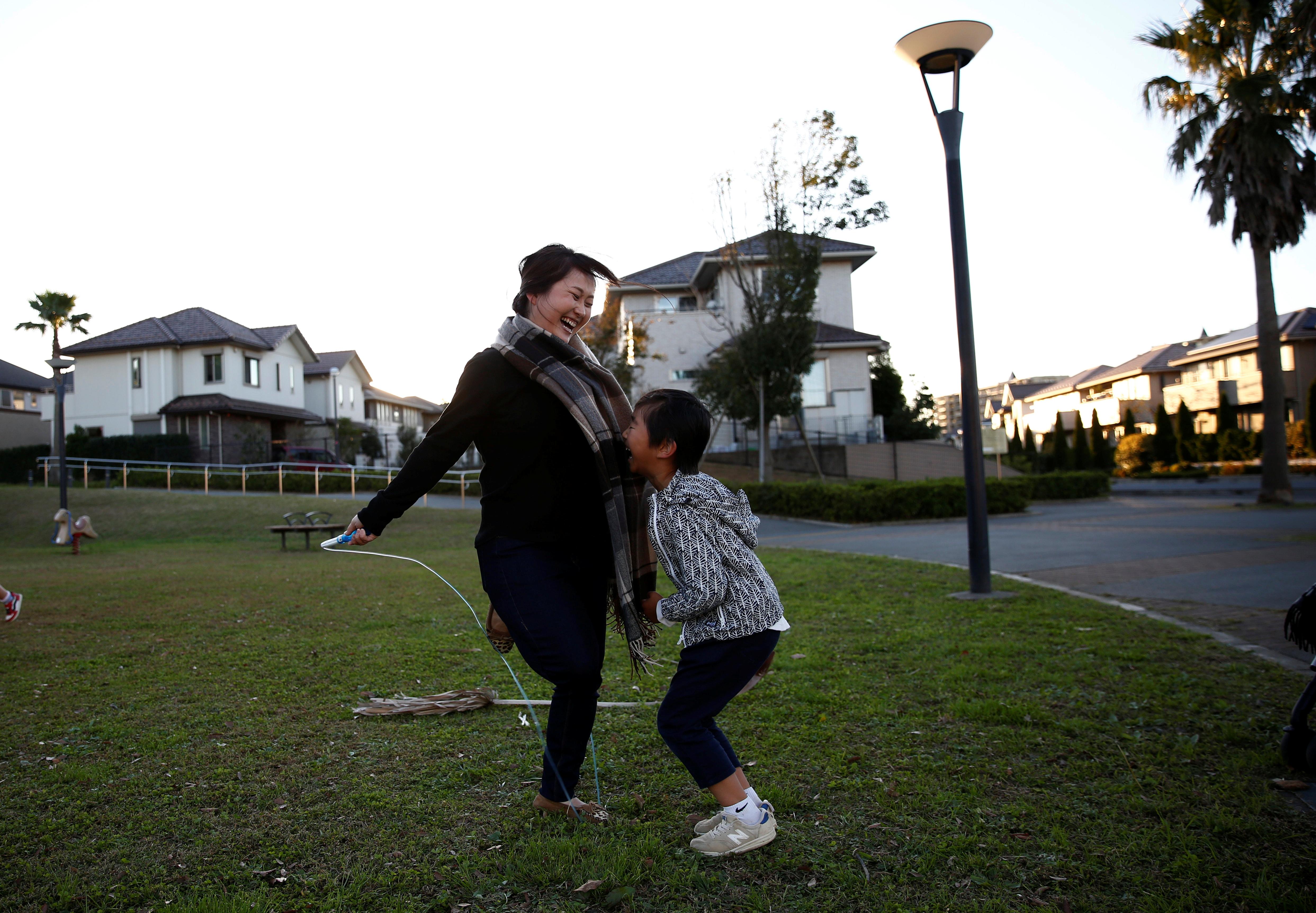 Sakura officials point to the Yukarigaoka area as a bright spot, noting it has seen an influx of younger residents drawn by a new mixed-use development. In most of that area, less than 10 percent of the population is elderly.

In Inzai, Kanako Hagiwara says she wants to stay for the long term. Her husband is more doubtful.

“I think it would be best if there is something of an exchange of generations,” he said. “If all the young people leave, this will just become a ghost town.”