Ambulance was delayed by almost an HOUR during an emergency call-out because of Insulate Britain mob’s M25 protests, court hears

An ambulance was delayed by 55 minutes during an emergency call-out during one of the Insulate Britain protests on the M25, a court heard.

Climate protesters repeatedly brought the motorway to a standstill last September and the impact of their actions emerged as three people including a retired teacher admitted causing a public nuisance today.

Sue Spencer-Longhurst, 69, of Oxford, along with Michelle Charlesworth, 55, and Meredith Williams, 51, both of Abingdon, Oxfordshire, admitted two counts of causing a public nuisance.

The charges related to Insulate Britain protests at Junction 14 of the M25 on  September 13, and at Junction 25 two days later. 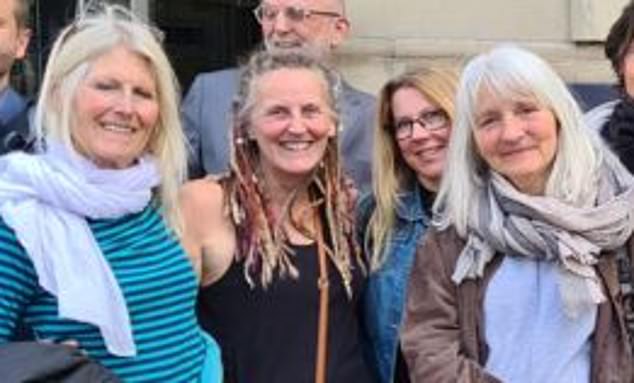 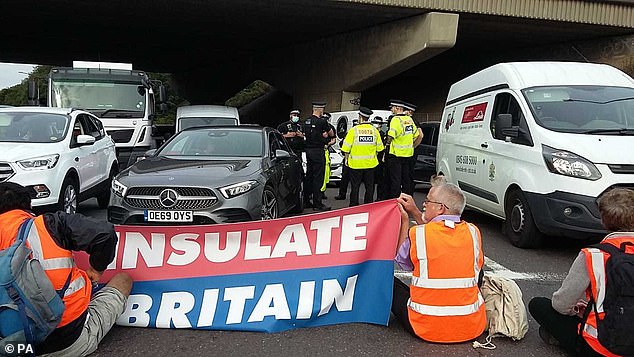 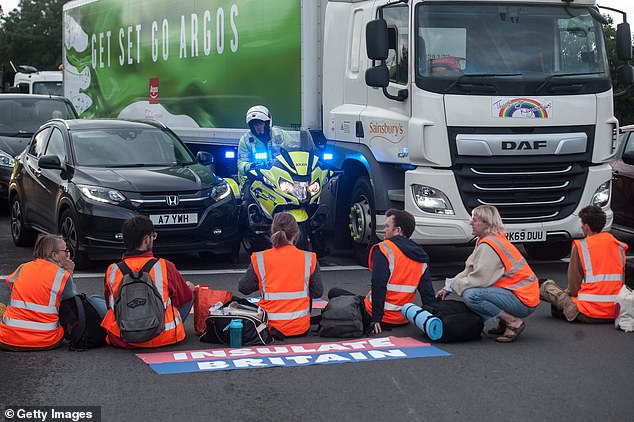 The trio also pleaded guilty for the part in a protest on the M25 on September 25, 2021

Prosecutor David Earl said: ‘Their protest was identical on each occasion. They sat on the slip road and held banners saying Insulate Britain.

‘This created a backlog on the slipway. Officers attempted to engage with the group and explain the risks to them but the protestors did not move and they were carried away from the scene.’

‘There is evidence of impact to the public. A woman, who was two hours late to visit her 95-year-old mother who had a fall while she was waiting; a tutor of special needs students and other teachers who were delayed in attending work and disruption was caused to students of those lessons.

‘There was also a pilot who missed his flight to Gibraltar which had to be rescheduled.’

Retired primary school teacher and potter Spencer-Longhurst read out a prepared statement from the dock explaining the reasons for her protests.

She said: ‘I am truly sorry for the disruption caused. I would like to say that among the many frustrated drivers there were some who thanked us for what we were doing and I am convinced that others are not really aware of the climate crisis because of the government and the media.

‘Many people cannot afford to heat their homes. It is a situation that is worsening.

‘The Russian invasion of Ukraine has shown that we need to remove our dependency on fossil fuels. We can do this by insulating people’s homes as well as keeping people warm and providing good jobs.

‘I am not a dangerous radical but I am very scared when I consider our children’s futures and the future of all living things on the planet.

‘Petitions and letters have been sent and I have made significant changes to my lifestyle in order to lower my carbon footprint but it seems that only civil resistance is left. I don’t know what else to do.’

Spencer-Longhurst, of Oxford, and Williams and Charlesworth, both of Abingdon, will return to Stratford Magistrates’ Court for sentence on May 17.