Home » World News » An alien tried to have sex with me after morphing into my husband and climbing into my bed, woman bizarrely claims

A RELIGIOUS author has claimed an alien tried to have sex with her after morphing into her husband and climbing into their bed.

American Sharon Gilbert, 69, related the bizarre incident while appearing on The Jim Bakker Show, which describes itself as a Christian “prophetic Bible show”.

Writer and Friendly Atheist contributor Hemant Mehta uploaded a clip from the show to Twitter.

He posted the footage with the caption: "End Times preacher Sharon Gilbert says that an alien imitated her husband, and then it tried to have sex with her.

"Then it claimed to be Xerxes, and then Jesus got involved, and then the alien turned out to be a reptile with a posse of gargoyles."

The video has now been viewed more than 5.3million times, since it was posted on November 23, with many commentators casting doubt on the story.

Gilbert said on the show: "After Derek and I got married this other Derek appears in our bed.

"The real Derek is lying down next to me, other Derek sits right up out of him. It startled me.

"I knew that was not Derek and so I asked this critter, who are you? Because he clearly wanted to have sexual relations.

"He had the nerve to claim to be, Xerxes. Other Derek seriously wanted to invite me, to use my free will to do something that was going to pull me away from God."

Further in the discussion, she details the part Jesus played in her being able to defeat the “alien”.

Gilbert also claimed that the “alien” was also joined by other “gargoyle-like” creatures.

She said: "This last time I knew he was really desperate and I asked him again 'who are you?.' He told me the same answer and I said 'I am not going with you.'

"This was an internal dialogue, finally I said I have had enough, in my mind.

"I reached up, I grabbed his face and I said: 'You are a liar and Jesus is real.' I pulled that face off and beneath it was a reptile.

"He had little creatures with him this time, he brought these little halfling creatures and they looked like, gargoyles and they were very reptilian as well. Beneath the face of Derek was a reptilian serpentine creature."

From the clip it is not clear whether Gilbert meant the story literally or metaphorically.

The post, has picked up more than 11,000 comments, with many mocking Gilbert or questioning the validity of the story.

I reached up, I grabbed his face and I said: 'You are a liar and Jesus is real.' I pulled that face off and beneath it was a reptile

One Twitter user wrote: “Why aren’t these people writing science fiction? They have fantastic imaginations.”

Another said: “This is the funniest thing I’ve ever seen in my life; where can I find more comedy gold like this?? Is there a playlist somewhere?”

While a third person wrote: "I hate it when that happens. It's hard enough to get a good night's sleep and then bloody Xerxes turns up followed by Jesus and reptilian aliens." 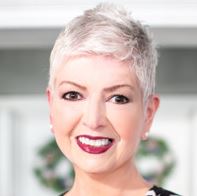 Virologist is accused of FAKING infecting himself with covid twice