Demonstrators also climbed on the roof of the Pilgrim’s Pride Ltd’s slaughterhouse as part of the Animal Rebellion protest.

The group, which is aligned with Extinction Rebellion, said they took part in the demonstration to ‘stand against the many injustices which face non-human animals, the workers, the climate and those that choose to take similar action.’ 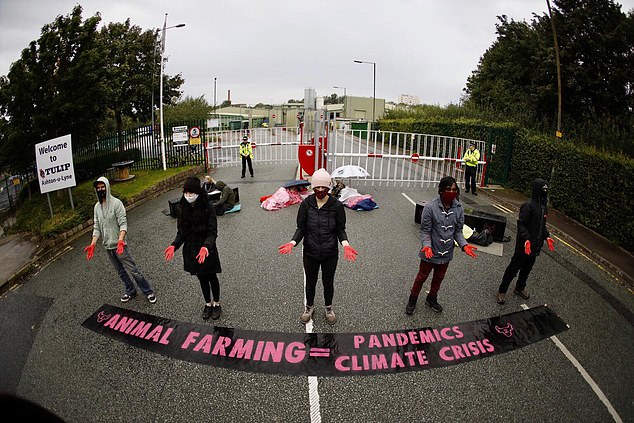 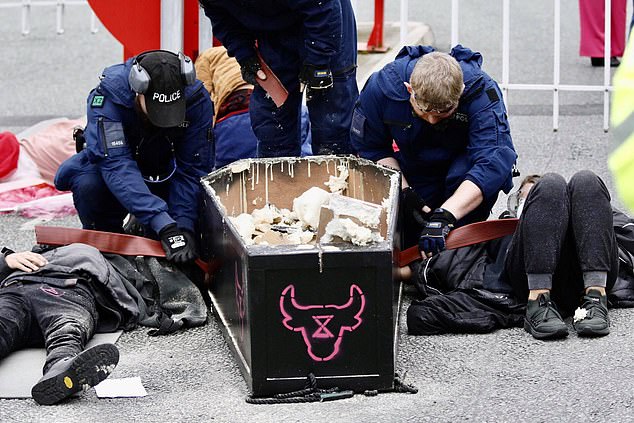 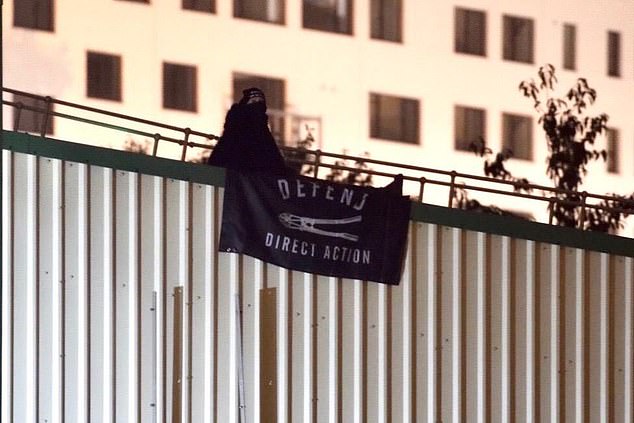 They hung a number of banners at the slaughterhouse. Six people have been arrested

Harley McDonald-Eckersall, a spokesman for Animal Rebellion, said, ‘We are shutting this slaughterhouse down because we see no lawful activity being done here.

‘It is contributing to the gassing of pigs, the destruction of our climate and the spread of deadly diseases between workers.’

Greater Manchester Police today confirmed that so far six people have been arrested – three men and three women – all on suspicion of aggravated trespassing.

The individuals remain in custody for questioning.

A spokesperson for Pilgrim’s Pride Ltd said: ‘We are working closely with the local police to resolve an issue regarding activists trespassing at our Ashton-under-Lyne site as safely and quickly as possible.

‘While these activities are an inconvenience to operations, our main concern is ensuring the welfare of the animals in our care and the safety of our people, as well as the protesters who are putting their own safety at risk.’

Police said they are currently ‘engaging’ with a woman on the roof. 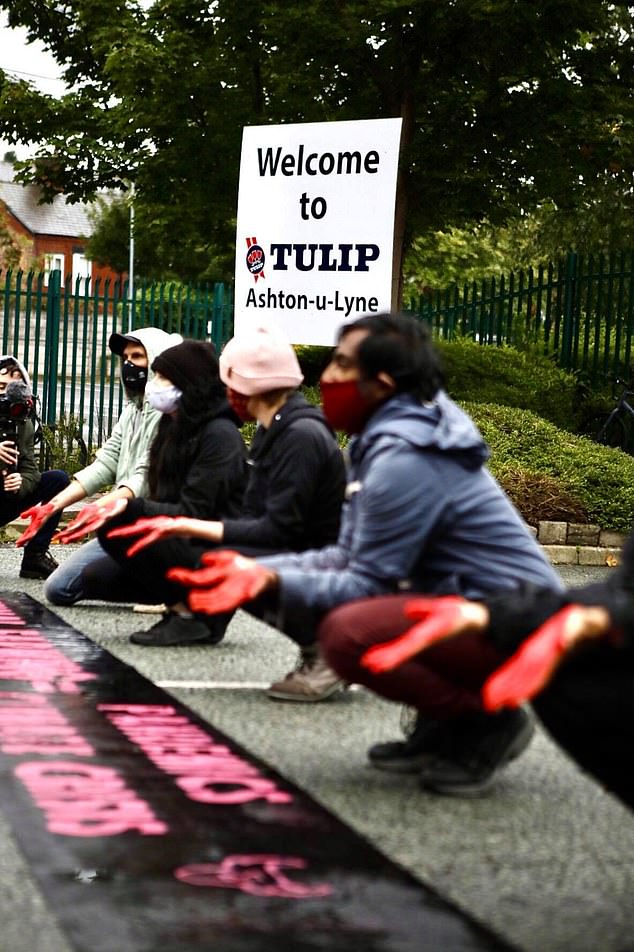 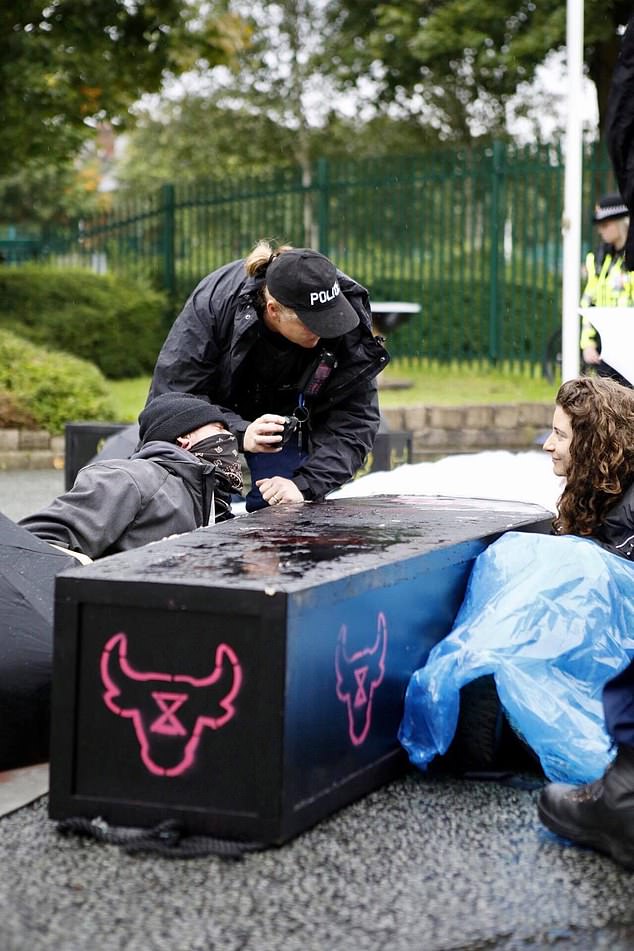 A spokesman for Greater Manchester Police said: ‘We’re aware of a protest ongoing outside a facility on Bow Street in Ashton-Under-Lyne.

‘Officers are currently in attendance and have engaged with the group, with the aim of ensuring everyone has the right to peacefully protest.

‘Six people have been arrested – three men and three women – all on suspicion of aggravated trespassing. They remain in custody for questioning.

‘Officers remain at the scene and are also engaging with a woman who is on the roof.’