A SOLAR storm that could create stunning Northern Lights-like displays is expected to pass by Earth on Friday.

Experts think there's a chance a solar flare eruption could cause a geomagnetic storm at the end of the week but it's more likely to cause a pretty aurora than mess with our power.

🔵 Read our Solar Storm live blog for the latest updates… 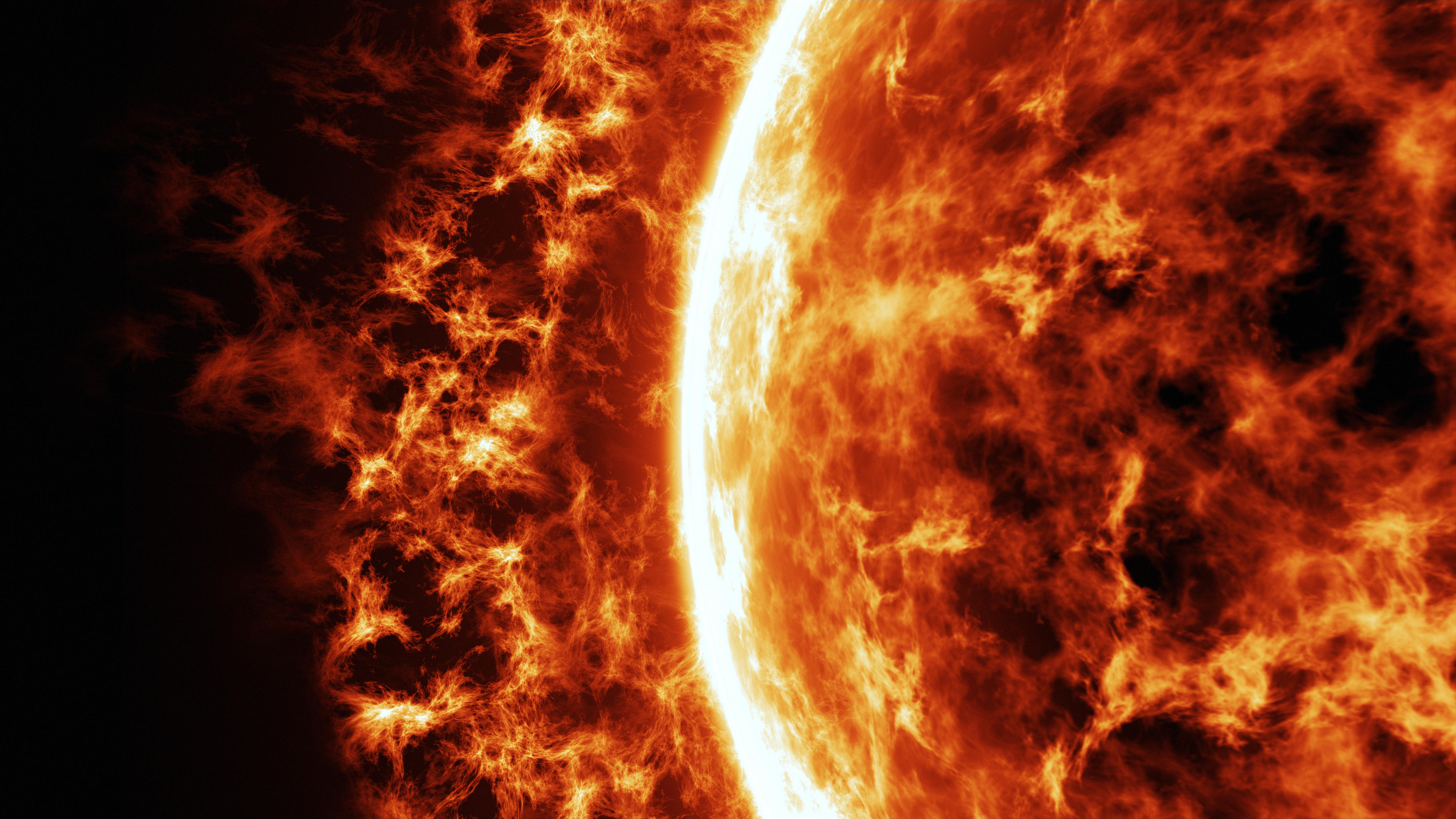 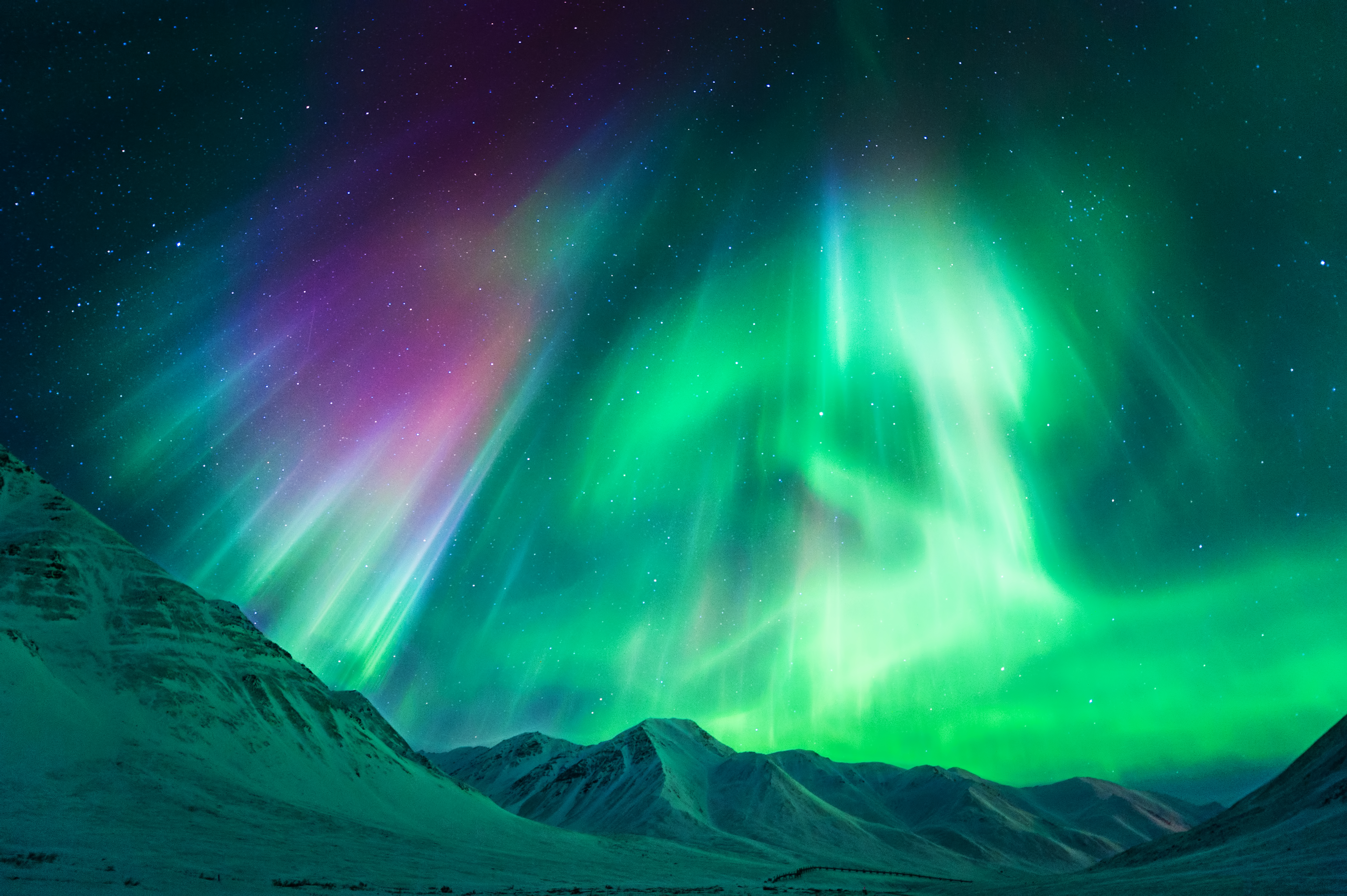 A huge solar storm hit Earth on Monday and treated parts of UK and parts of North America to a Northern Lights-like display.

That storm was rated as 'moderate' and the next storm may have even less of an impact.

Spaceweather.com said: "Another CME is coming, but this one might miss. A magnetic filament connected to sunspot AR2882 erupted on Oct. 12th (~0200 UT).

"The debris is expected to pass in front of Earth on Oct. 15th. The near-miss could spark Arctic auroras, but probably no geomagnetic storm."

A CME is a type of solar flare called a coronal mass ejection – a huge expulsion of plasma from the Sun's outer layer, called the corona.

In 1989, a strong solar eruption shot so many electrically charged particles at Earth that the Canadian Province of Quebec lost power for nine hours.

As well as causing issues for our tech on Earth, they can be deadly for an astronaut if they result in injury or interfere with mission control communications.

The Earth's magnetic field helps to protect us from the more extreme consequences of solar flares.

Weaker solar flares are responsible for auroras like the Northern Lights.

Those natural light displays are examples of the Earth's magnetosphere getting bombarded by solar wind, which creates the pretty green and blue displays.

The Sun is currently at the start of a new 11 year solar cycle, which usually sees eruptions and flares grow more intense and extreme.

These events are expected to peak around 2025 and it's hoped the Solar Orbiter will observe them all as it aims to fly within 26 million miles of the Sun.

The UK Met Office is keeping an eye on the current space weather events.

It's website states: "The 09 October CME arrived early on the 12th Oct and its effects are ongoing, although are currently showing signs of gradually waning.

"The prolonged X-ray flare showed evidence of plasma ejecta from AR2882, which produced a CME. This is likely to give a glancing blow at Earth on day 4 (16 Oct).

"The persistence forecast is of lower than average confidence due (in part) to changes in the orientation and development of apparently minor coronal holes since previous rotation.

"CH12/+ perhaps carries the greatest chance of producing significant activity, perhaps on days 3 and 4 (15 and 16 Oct), perhaps combined with a glancing blow from a CME on day 4 (16 Oct)."

There's no need to worry about the upcoming storm though, even a "glancing blow" isn't expected to create much disruption for us here on Earth.

Find out more about science

Want to know more about the weird and wonderful world of science? From the Moon to the human body, we have you covered…

In other news, William Shatner, who played Captain James T. Kirk in the original Star Trek series, will fly to the edge of space today on Jeff Bezos' Blue Origin rocket.

Nasa is gearing up to launch a spacecraft that will crash into as asteroid as part of a trial of a new planetary defence system.

And, we looked at some of the current 'evidence' for alien life.

We pay for your stories! Do you have a story for The Sun Online Tech & Science team? Email us at [email protected]