AN ASDA shopper was heard screaming "help, he's just a boy" after a 13-year-old lad was ambushed by a knife gang in car park.

The boy is in a serious but stable condition after the knife attack at 7pm yesterday in Longsight, Manchester. 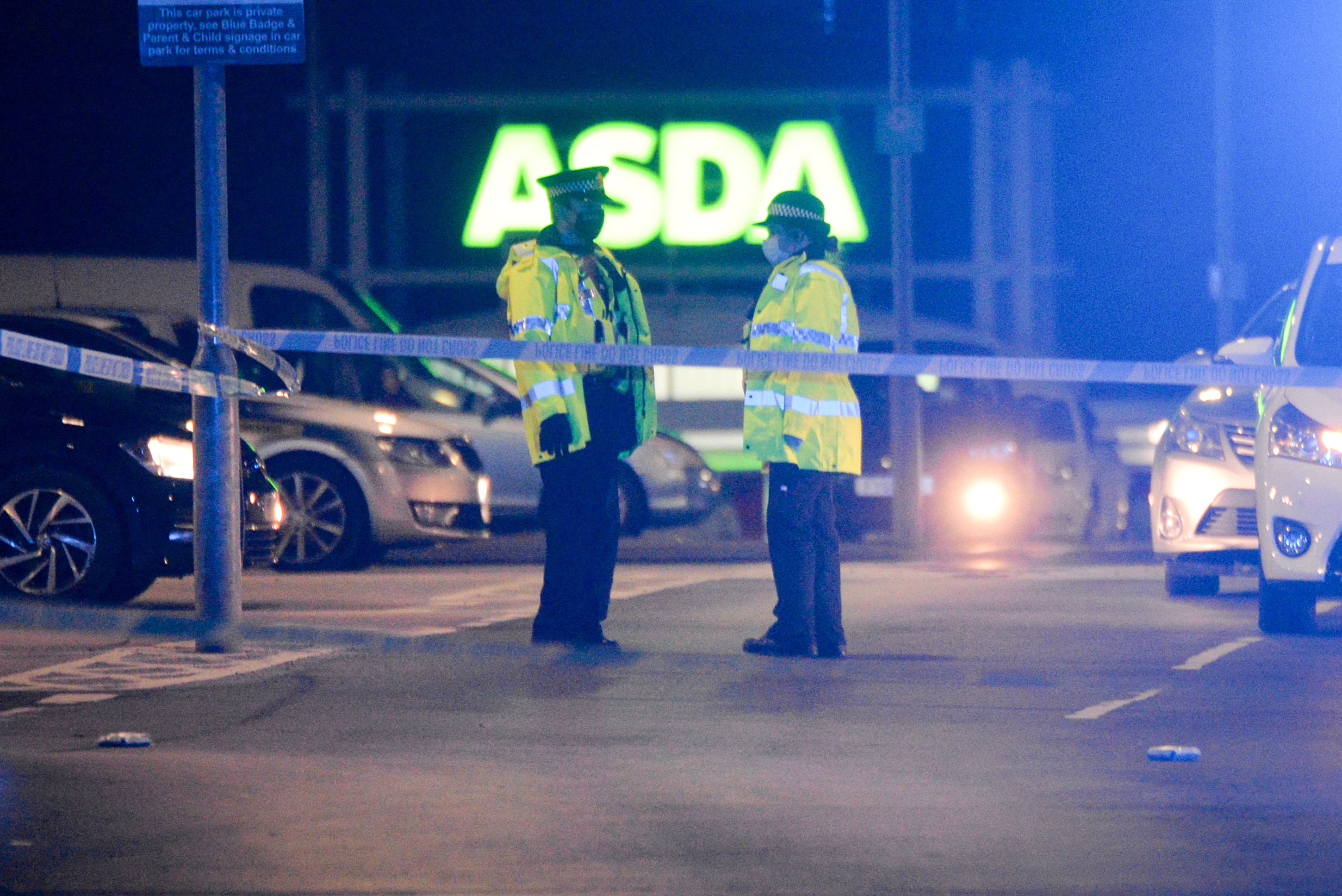 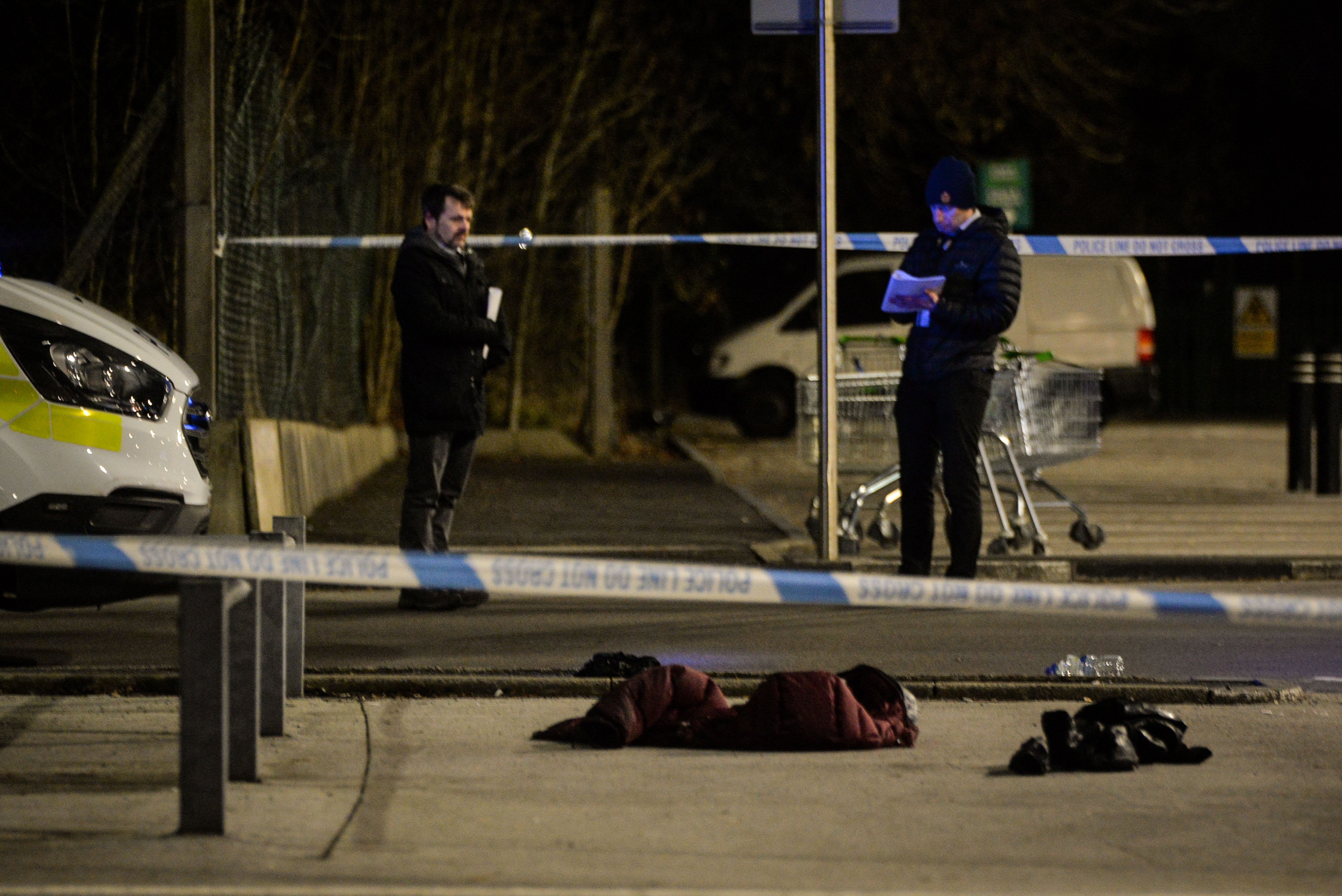 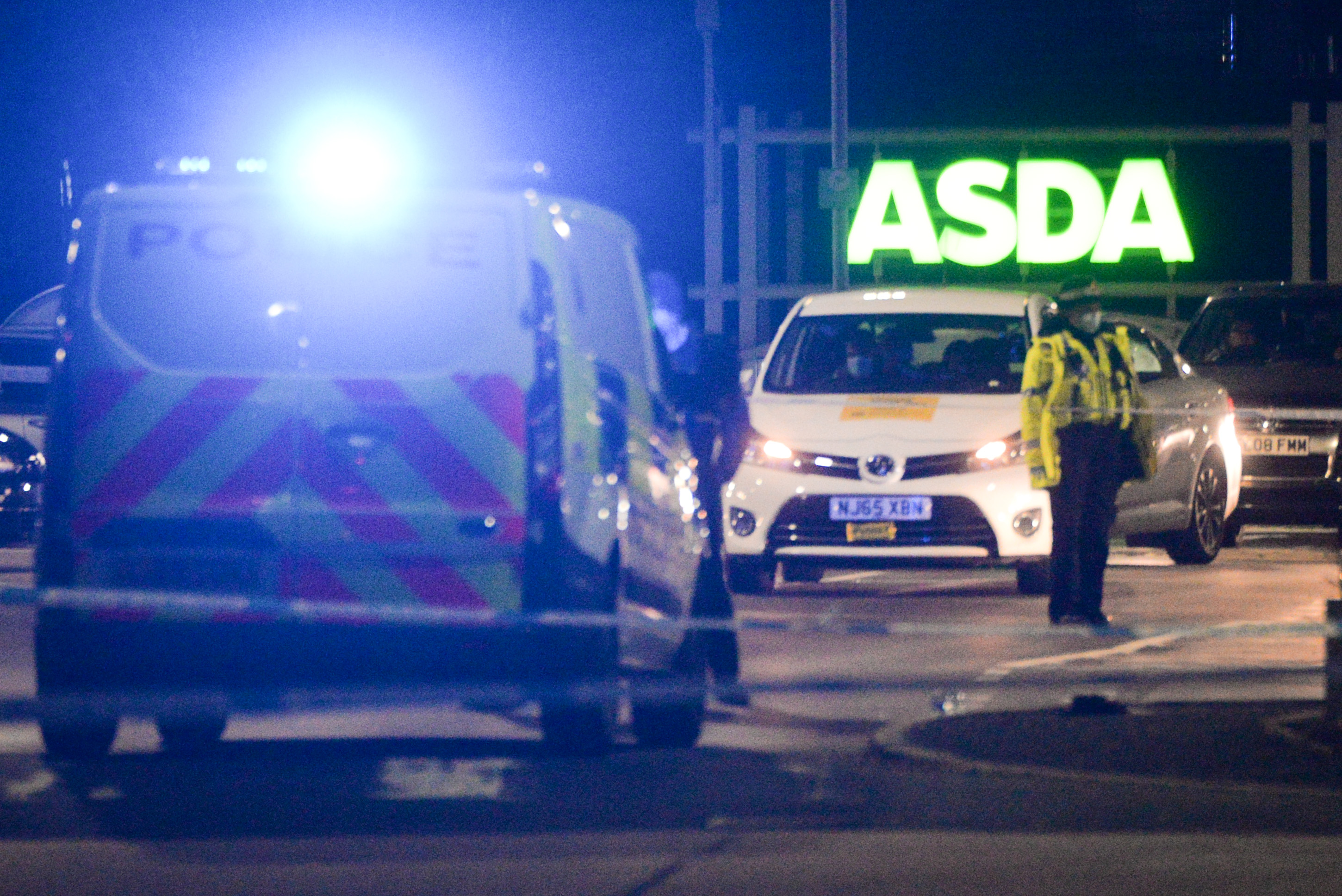 The boy was stabbed in front of horrified shoppers, it has been said.

One worker, who did not want to be named, told The Sun Online:"There was a lot of shouting with people in the car park.

"People came to his aid but he wasn't moving.

"I couldn't see too clearly what was happening. But an ambulance soon arrived. It was terrible."

Witness Mike Winston, 18, said: "I saw police everywhere trying to catch those who did it.

"It's shocking four men attacked him. I heard one had a knife to his throat before they ran off."

All four men are described as wearing dark tracksuits with hoods.

Police said one of the men was wearing a black gilet over his tracksuit with the hood up.

The tracksuit had the Adidas white stripes on the arms and legs and he had a Gucci bag across his body.

He was wearing a black face mask with a black and white patterned bandana on his head.

No arrests have been made yet and enquiries are ongoing.

A cordon remains in place today whilst enquiries are carried out at the scene.

Detective Inspector Daniel Hadfield: "This incident was nothing short of shocking.

"A 13-year-old boy has suffered some very serious injuries at the hands of four men, and we're doing everything we can to trace those responsible.

"I understand incidents like this cause concern within the community but I want to stress that we have a team of detectives carrying out several lines of enquiry including area searches and CCTV analysis."

He added: "Our thoughts are very much with the boy and his family as he recovers in hospital."

Are we heading for an Indian Summer? Britain will enjoy 75F this week