Charges against two juvenile suspects who were apprehended following a June 12 shooting in Austin, Texas, have been dropped and a manhunt was underway for a new adult suspect in the case, authorities said Tuesday, according to a report.

Police have now identified De’ondre “Dre” White, 19, as the suspect responsible for gunfire on Sixth Street in the city’s nightlife district that left one person dead and 13 others wounded, FOX 7 of Austin reported.

White was interviewed by police after the shooting but went into hiding soon afterward, the station reported. Police became more interested in White after obtaining new testimony from a witness in the case, Austin interim police Chief Joseph Chacon and Travis County District Attorney Jose Garza told the station.

The suspect is said to have cut and dyed his hair after the shooting and was believed to have gone to Killeen, Texas, about 68 miles north of Austin, according to FOX 7.

Anyone with information about the shooting is asked to call Austin homicide police at 512-974-TIPS or email the homicide unit at [email protected], or call CrimeStoppers at 512-472-8477.

In a statement, Garza said that two juveniles who were arrested previously in the case did not have sufficient evidence against them, so the charges they faced were dismissed. The DA warned, however, that the investigation was continuing and his office “has not made final charging decisions as to anyone involved.” 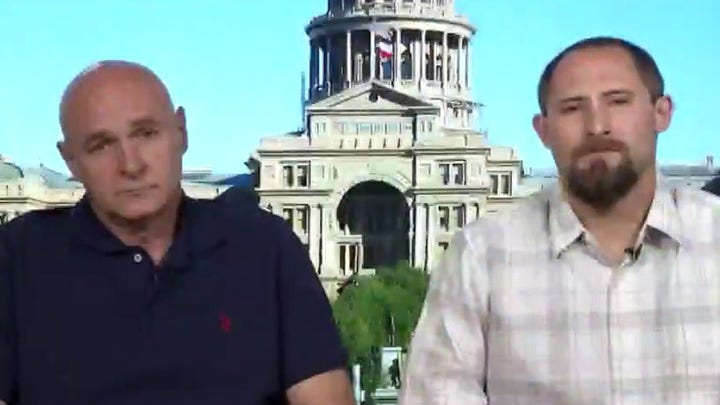 The shooting stemmed from an argument between two groups if teenagers, court documents say, according to FOX 7.

Multiple people pulled out weapons but it remained unclear how many people fired shots, the report said.

The victim who died was identified as Douglas Kantor, 25, a Michigan State graduate and Ford Motor Co. employee from Michigan, who was in Austin to visit friends, the report said.

“This should not be used to politicize any sort of gun control,” brother Nick Kantor said. “The fact that that’s what it seems like politicians are doing with this story is deeply disturbing to me and my family. This is the last thing we want. We want Doug’s story to be told for what it was and not politicized for some agenda.”

Brazil variant could 'reinfect 60% of Covid sufferers and be twice as transmissible', studies warn