LGBTQI advocates fear the 2021 census results, which start to be unveiled next week, will dramatically underestimate gender diversity in Australia because of a poorly worded question asking whether people identify their sex as male, female or “non-binary”.

Some advocates believe the results will be so flawed the Australian Bureau of Statistics (ABS) should not release the figures showing how many Australians chose the new “non-binary” option when asked to identify their sex. 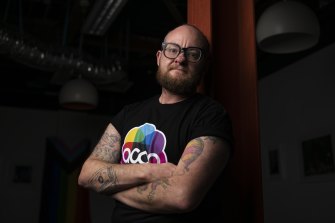 LGBTQI advocate Teddy Cook is concerned about the accuracy of the latest census data.Credit:Rhett Wyman

Rodney Croome, a spokesman for the Just.Equal Australia lobby group, said the non-binary sex option was a “useless hybrid” that conflated people who are transgender and intersex as well as those who identify as gender non-binary.

“Many transgender people would have ticked male or female, people with a non-binary gender identity would have wondered if ‘non-binary sex’ applied to them and many intersex people would also have found it confusing,” Croome said.

“My fear is that the number of people who ticked ‘non-binary’ will be very low and this will be weaponised by opponents of transgender equality and inclusion.”

Teddy Cook, a board member of the Australian Professional Association for Trans Health, said the ABS was well-intentioned, but the sex question would produce “inaccurate data that’s highly likely to mislead”.

Cabinet ministers have started work on spending cuts in the federal budget after identifying programs they want to scrap, sparking a warning to Australians to prepare for curbs on outlays to bring the nation’s finances under control. 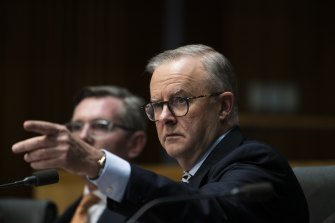 “We’re going to have to really put the brakes on some of the spending which is there,” he told the ABC’s 7.30 program on Thursday night.

With budget deficits forecast to reach $261.4 billion over the four years to 2025, the incoming government is rejecting some spending options despite pressure from state leaders and community groups for long-term boosts to outlays on health and social services such as Newstart.

“I’ve made it very clear there is a range of things that I would like to do that we won’t be able to do in our first budget,” he said.

“We will also be going through, line by line, looking for the waste which is there.

“And, already, we’ve identified a range of measures that were made by the former government that, frankly, don’t stack up.”

Today’s headlines at a glance

Good morning and thanks for your company.

It’s Friday, June 24. I’m Ashleigh McMillan and I’ll be anchoring our live coverage for the first half of the day.

Here’s what you need to know before we get started.