‘This dog is smarter than me’: Talented pet named Secret shows off her incredible precision and patience as she successfully plays JENGA

An extremely talented dog has showed off her incredible precision and patience by successfully playing Jenga.

The Australian Shepherd named Secret, who lives in Iowa in the United States, was taught by her owner Mary how to play the difficult game.

‘She really enjoys games that require precision like this, so we’ve been having a lot of fun with it!,’ Mary posted to Instagram. 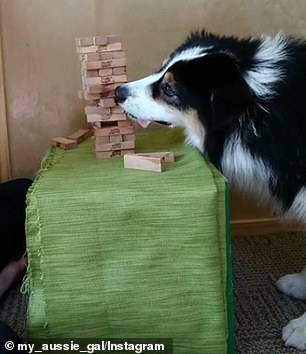 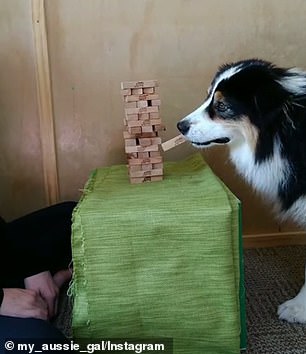 Amazing footage shows Secret taking her time figuring out which block to remove.

There are tense moments when it appears the tower is about to fall but Secret is successful in removing a block.

As Secret removed another block, the top of the tower appears to swivel as her owner puts her hand ready to steady it but it does not topple over.

The video has been viewed almost 400,000 times views in one day, and has received thousands of comments from people in awe of the dog’s incredible talent.

‘I have never been so impressed,’ one person wrote. 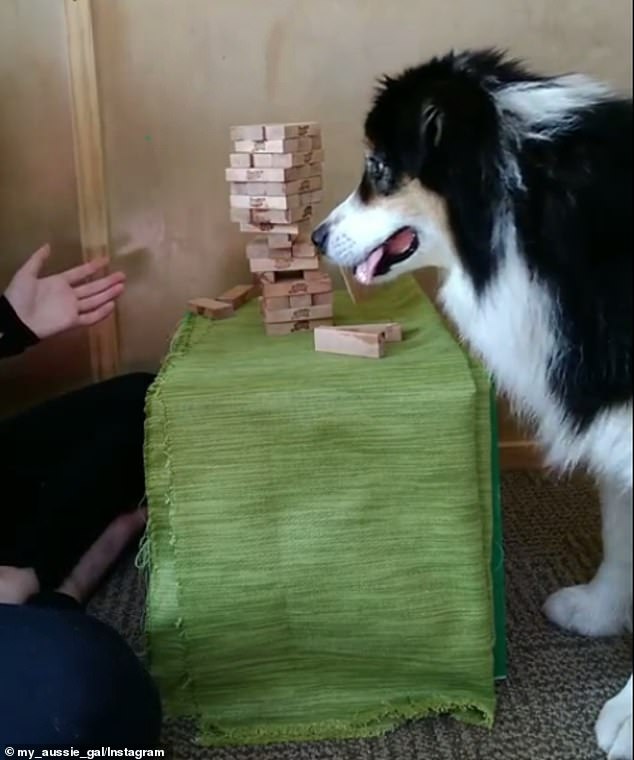 Secret is removing the block, the top of the tower appears to swivel as her owner puts her hand ready to steady it but the tower does not topple over

‘That is amazing! I know humans that can’t play with that dexterity,’ another commented.

‘Your pup is better/smarter/more awesome than most humans I know,’ someone else posted.

Secret has also been filmed painting using a brush, playing the guitar and performing yoga with Mary.