Austrian Chancellor Sebastian Kurz is under investigation on suspicion he made false statements to a parliamentary commission.

Kurz denied the allegations on Wednesday, telling a news conference that the investigation by the Economic and Corruption Prosecutor’s Office is centred on statements he gave during a parliamentary probe focused on his coalition partner party’s leader.

The probe triggered the collapse of Kurz’s previous government in 2019.

The chancellor suggested the new probe would likely lead to a criminal charge and that he would comply with questioning should the case go before a judge, Austria’s APA news agency reported. He said he had no thoughts of resigning.

The parliamentary commission had been investigating the so-called Ibiza affair, which led to the downfall of then-vice chancellor Heinz-Christian Strache. 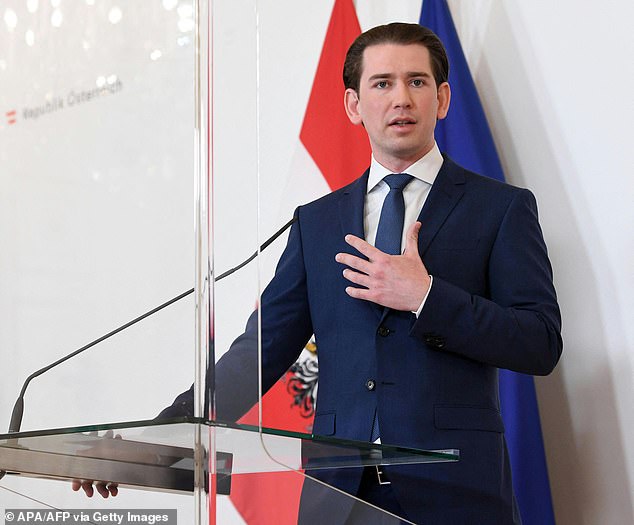 It came after a video surfaced showing Strache appearing to offer favours to a purported Russian investor in return for her supporting his far-right Freedom Party.

It was allegedly recorded on the Spanish island of Ibiza shortly before Austria’s 2017 election.

Following the government’s collapse, new elections were held and Kurz was re-elected, this time forming a coalition with the Greens.

The video offered various angles of inquiry, including whether appointments to posts at state-owned companies were made correctly, although Strache says he was drunk and not speaking seriously.

Opposition lawmakers in the commission have accused Kurz and his party of not fully cooperating with it.

‘I knew there was a legal requirement to speak the truth in the commission and therefore of course always answered [questions] truthfully,’ Kurz told a news conference on Wednesday announcing that he and his chief of staff had been placed under investigation.

Kurz added that the questions were often about what happened several years earlier and an attempt to catch him out. If prosecuted and convicted, he faces up to three years in prison.

He said he had only just learned of the anti-corruption investigation and had not yet talked with the prosecutor’s office.

Kurz and his party have a commanding lead in opinion polls but the investigation is a fresh blow after his closest ally, Finance Minister Gernot Bluemel, was placed under investigation in February on suspicion of bribery involving a gambling company seeking help with foreign taxes.

Strache mentioned that gambling company, Novomatic, in the video filmed on the island of Ibiza, but he later said his remarks were false and apologised to the firm. Bluemel, Novomatic and Strache deny wrongdoing. 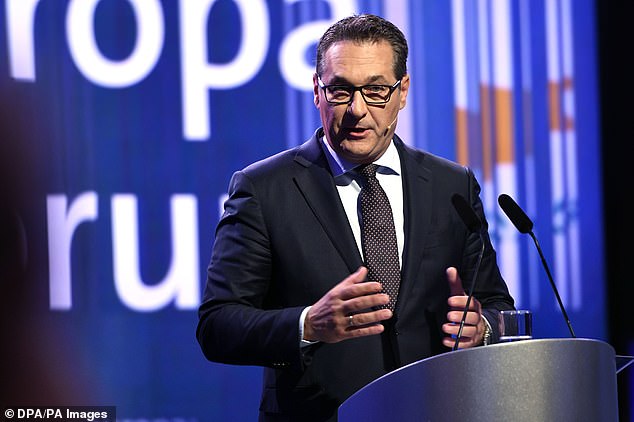 The commission has looked into the appointment in 2019 of conservative loyalist Thomas Schmid as the chief executive of OBAG, which manages Austria’s stakes in companies including oil firm OMV.

Text messages examined by the commission showed Kurz telling Schmid before then he would get ‘everything you want’.

The Prosecutors’ Office for Economic Affairs and Corruption confirmed an investigation was underway into Kurz.

‘It is regarding the allegation that a false statement was made before the Ibiza commission of inquiry in connection with the establishment of OBAG,’ a spokesman said.

Newspaper Der Standard said the investigation is about whether Kurz discussed Schmid’s appointment with him beforehand and whether he was involved in selecting members of OBAG’s supervisory board, both of which Kurz denied at the commission.

Pelosi rips John Bolton for not testifying during impeachment hearings