THIS is the moment a baby was left in a shopping trolley at a supermarket after its parents drove home before realising their blunder.

The four-month-old boy was found alone in the child seat of a trolley at a supermarket a few days ago in Lages, Brazil. 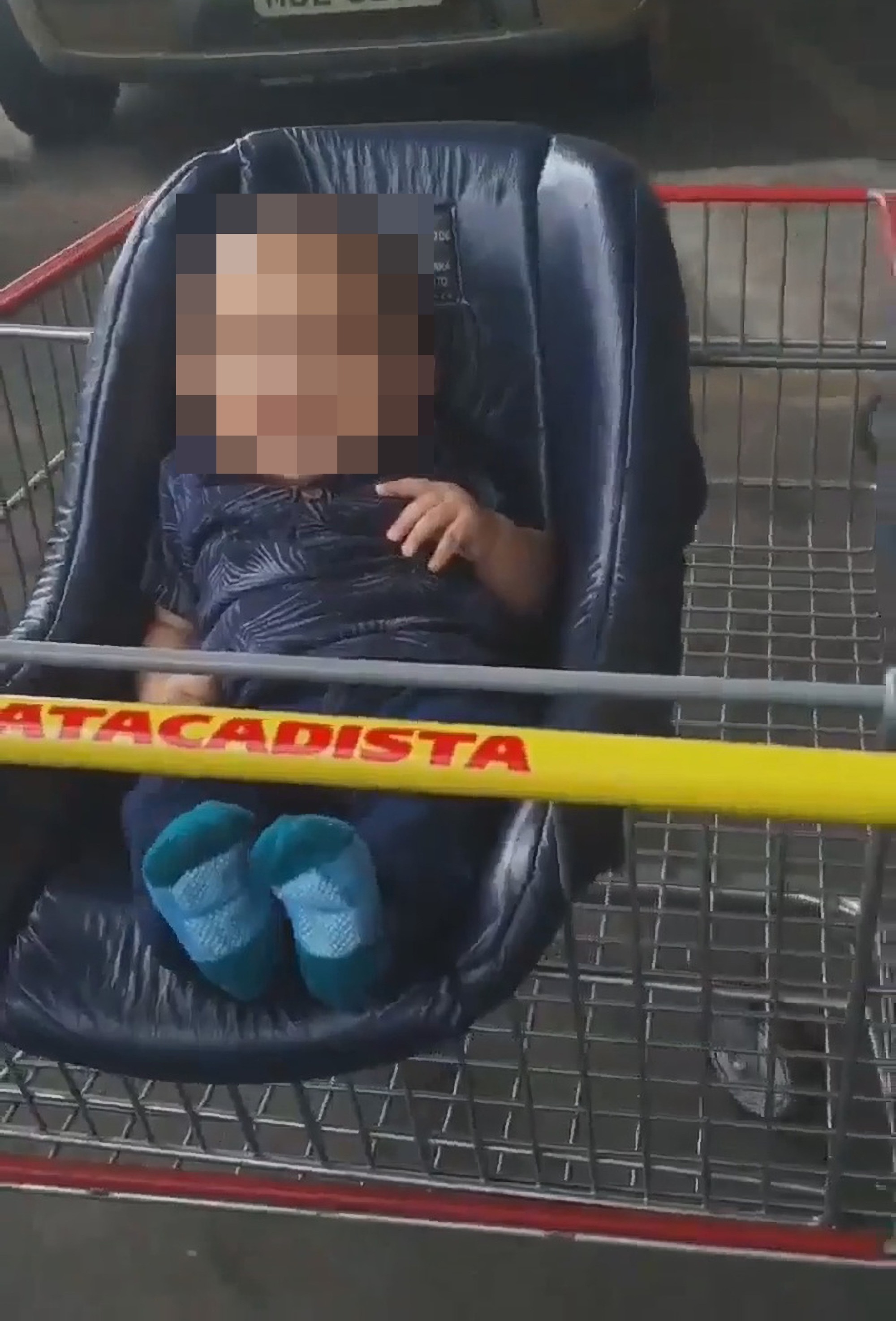 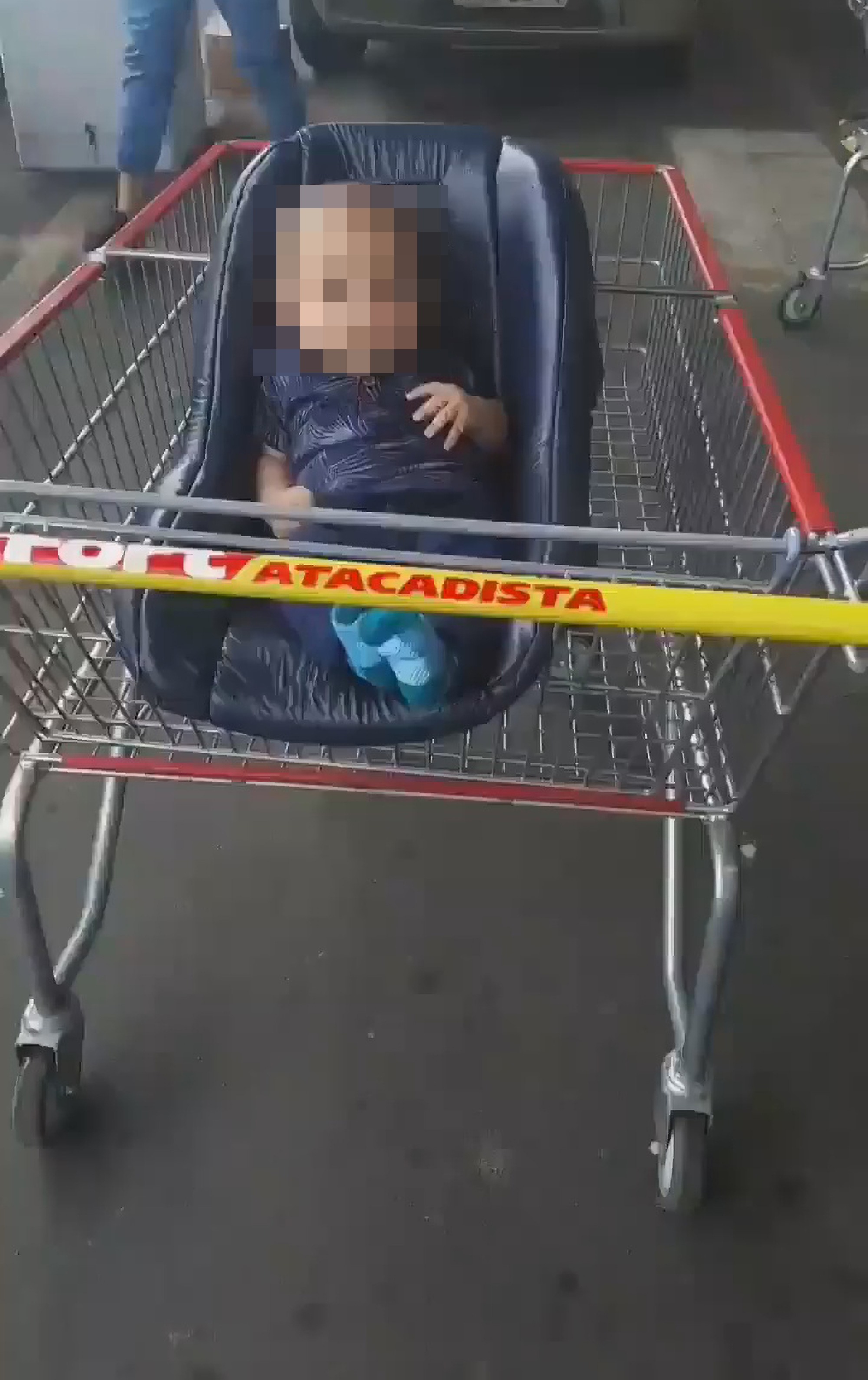 Locals who found the infant alerted the supermarket’s security guards and the police.

One passer by who recorded the incident can be seen asking the baby where its parent's were.

They said: "Have they left you here?

"I've called security. "Where are your mummy and daddy?

"Where? Where are your forgetful mother and father?"

However, when the police arrived at the scene, the child's parents had already turned up.

The couple told the officers they left the store, loaded their shopping, and drove home without putting their son in the car.

They explained that they rushed back to the car park as soon as they realised they left their little one there.

The police decided the parents had already suffered enough and decided not to take the matter further.

Despite being temporarily abandoned, the child appeared to be fine and was filmed smiling by one of the people who found him.

The supermarket company, Fort Atacadista, where the debacle took place downplayed the incident in a statement.

They wrote: "In a few minutes everything went back to normal and was resolved."

Turkey vows no slowdown in fight against IS after U.S. pullout from Syria