BANKSY has confirmed a mural of a little girl hula-hooping in Nottingham is his work, after posting a picture of it on his Instagram account.

The piece appeared on a wall last Tuesday on the corner of Rothesay Avenue in Lenton, Nottingham – and crowds have now flocked to the quiet terraced street to see the artwork. 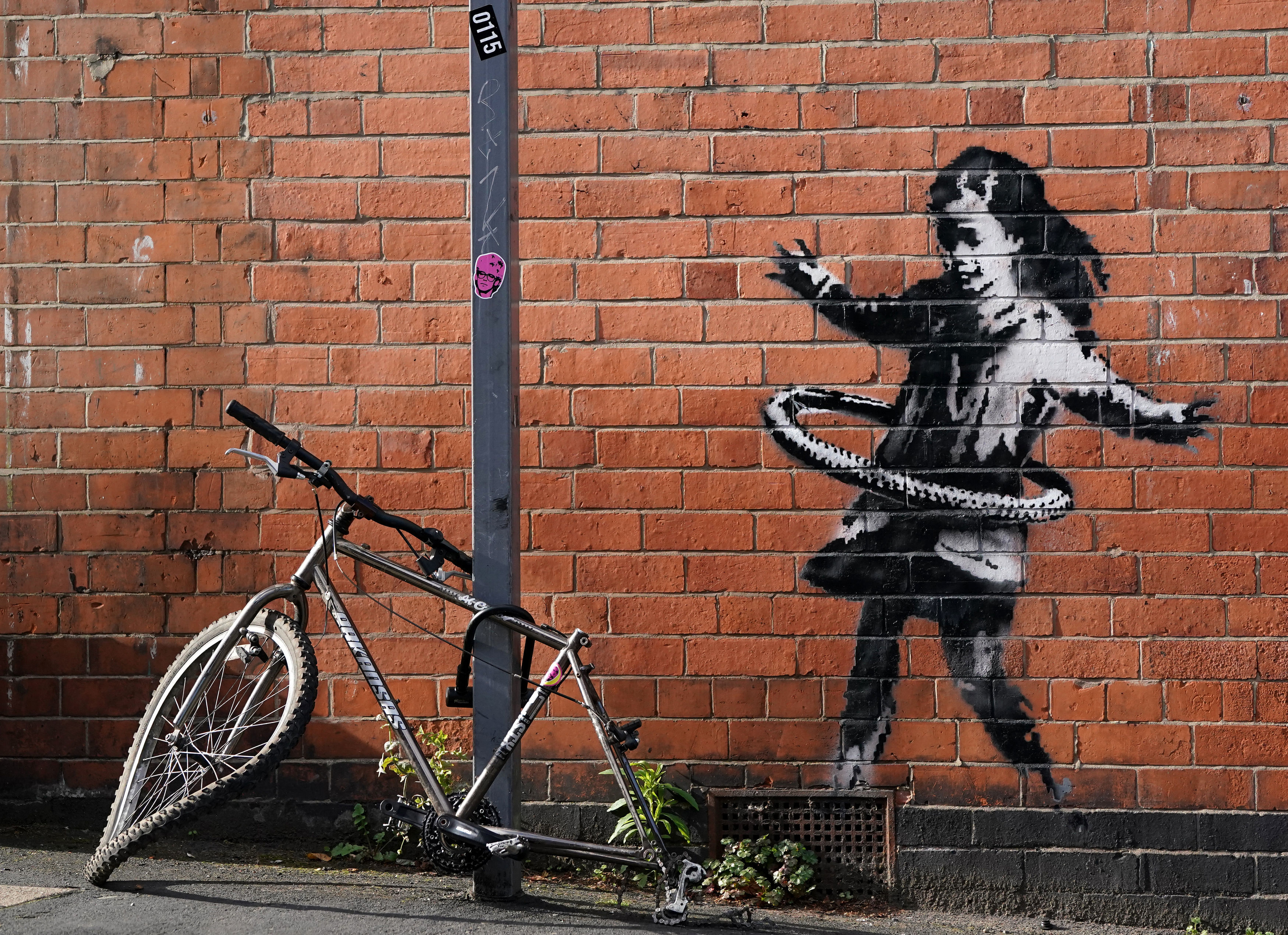 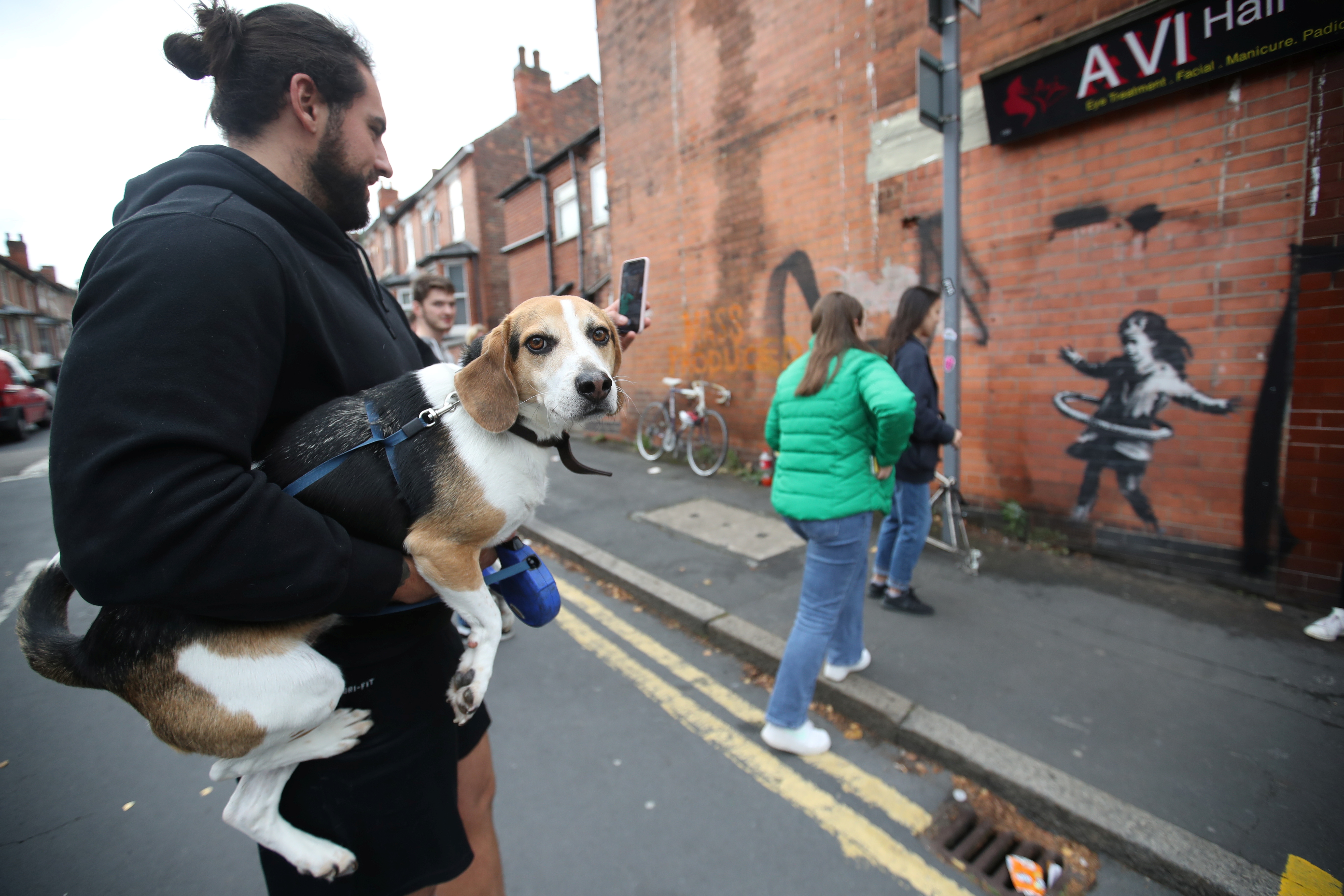 Sprayed in black and white, the tongue-in-cheek image sits just behind a battered bike, chained to a lamp post with an infinity lock.

The bike is missing a tyre – which Banksy has then integrated into the mural with the little girl.

Surinder Kaur, 42, who runs the beauty salon next to the artwork, said the bike had appeared at the same time as the mural.

She said that within hours, the council had rushed to protect the piece by placing clear plastic sheeting over it.

Vandals have sprayed painted over the plastic two or three times already.

Ms Kaur said: "Everyone is very excited and many, many people are coming to see the picture.

"Everyone was confused about whether it was real or not real but it's an amazing picture, it's amazing art."

Banksy's "Devolved Parliament" – featuring the Houses of Parliament filled with chimpanzees – sold for £9.9 million last year, setting a new record for his work according to valuation website MyArtBroker.com.

Many of his murals have also been lifted from walls and sold, with Kissing Coppers – an image of two male police officers in an embrace on the side of a Brighton pub – selling for £350,000 in 2011.

Ms Kaur said: "Unfortunately I don't own the property, I am renting.

"He brought the bike with him – there is one tyre on the bike and the other tyre is in the picture as the little girl's hula hoop."

Ms Kaur, who has only recently reopened following lockdown, said lots of people have been coming into her salon to ask about the mural, but she is not yet sure whether it will create a boost for her business.

"Let's see – I'm not sure about anything right now," she said.

In July, a coronavirus-inspired Banksy artwork appeared on a London Tube train.

A series of rats were stencilled around a carriage wearing face masks, sneezing or clutching hand sanitiser in a piece named If You Don't Mask, You Don't Get.

Transport for London swiftly removed the piece in line with its anti-graffiti policy, but said: "We appreciate the sentiment of encouraging people to wear face coverings."

This summer, Banksy used the sale of his artworks to finance a 30-metre motor yacht to rescue migrants trying to cross the Mediterranean into Europe. 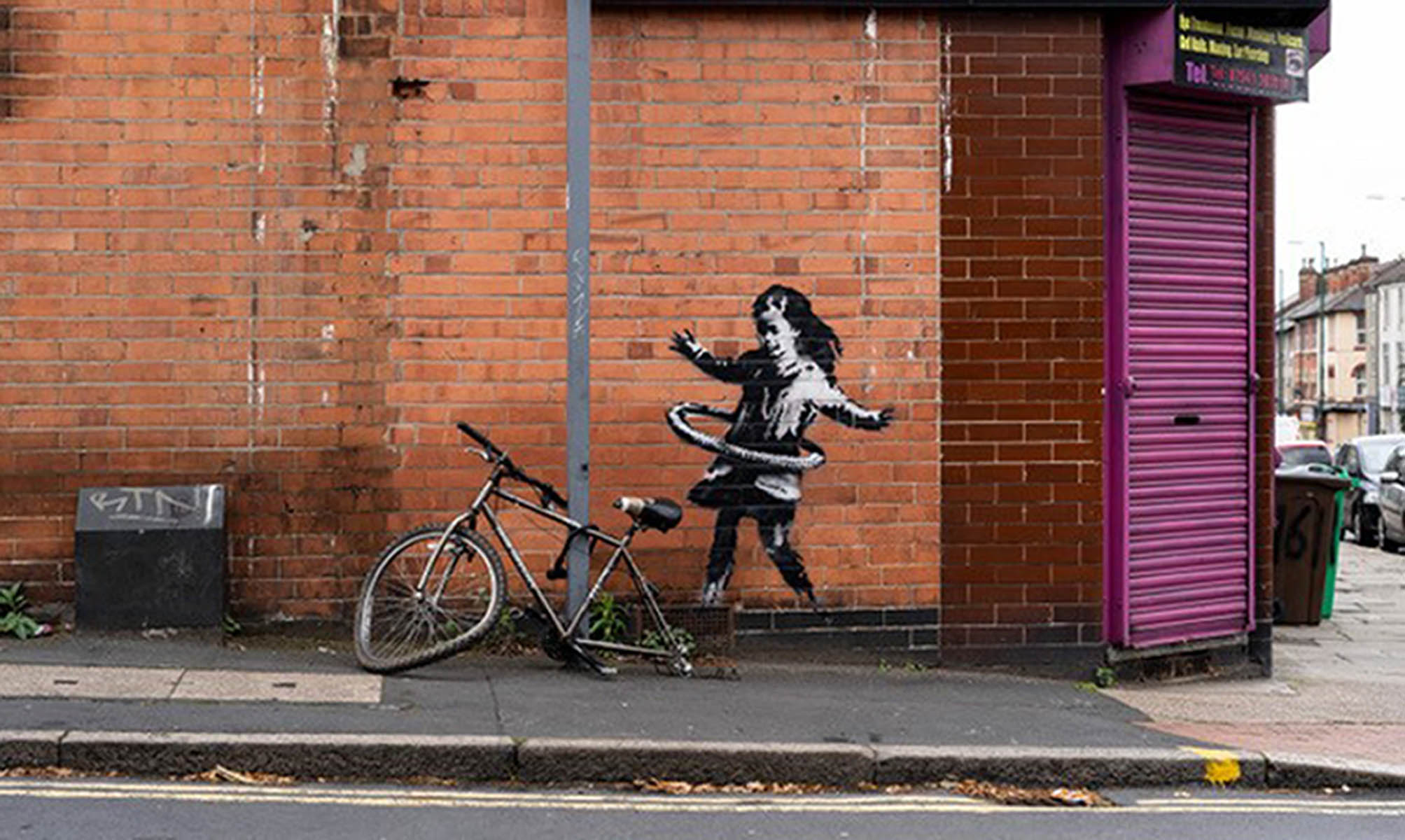 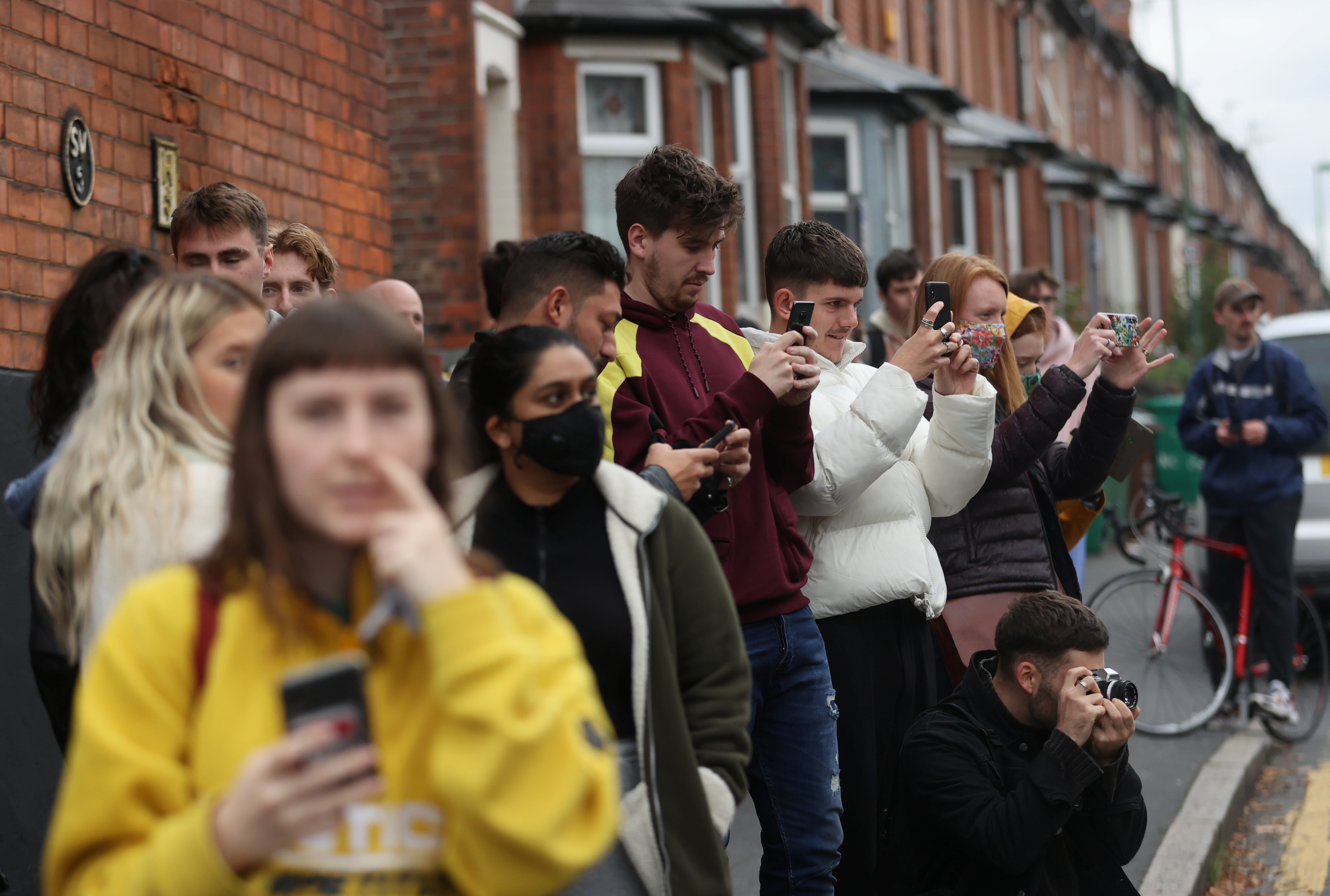 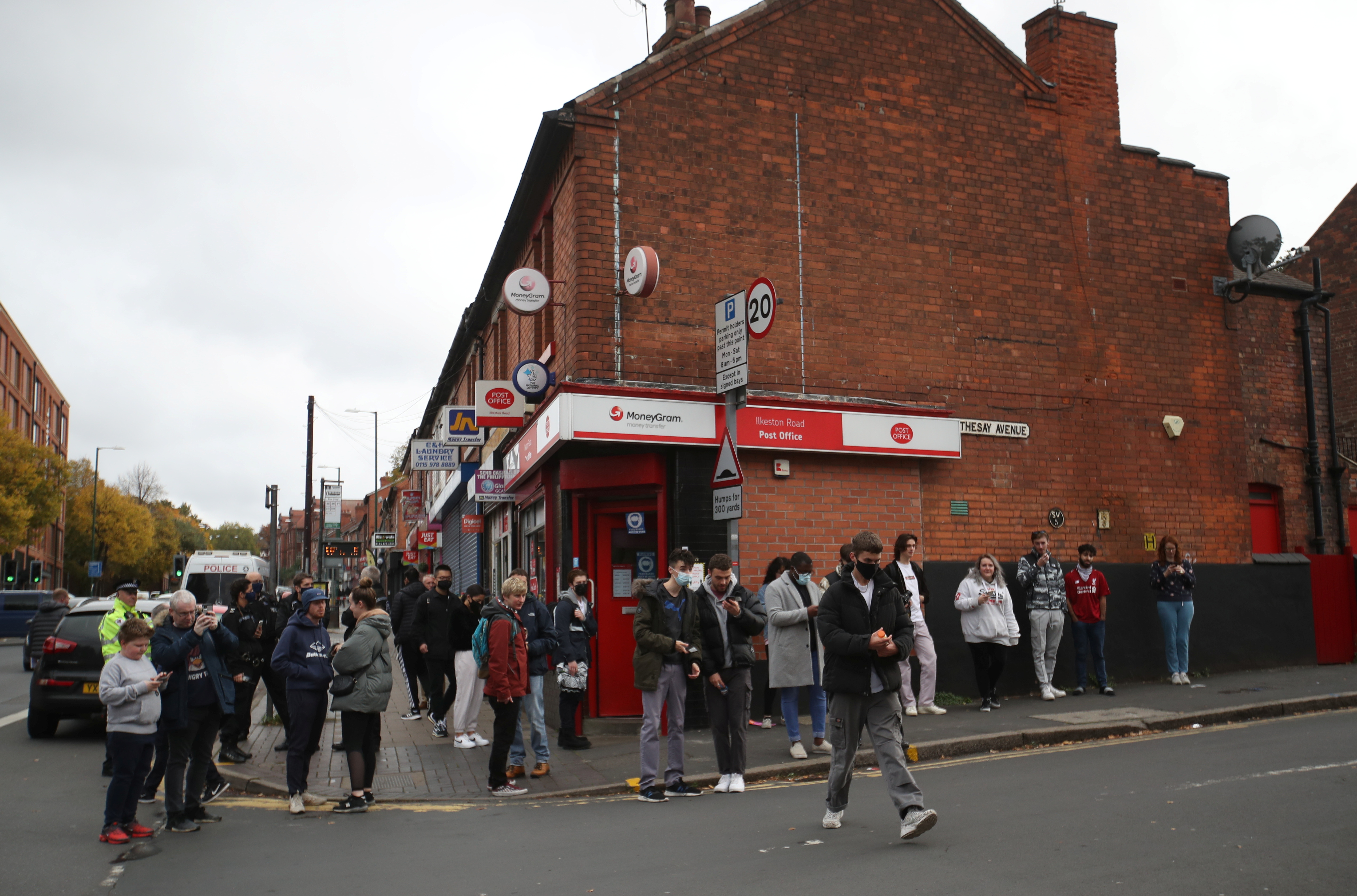 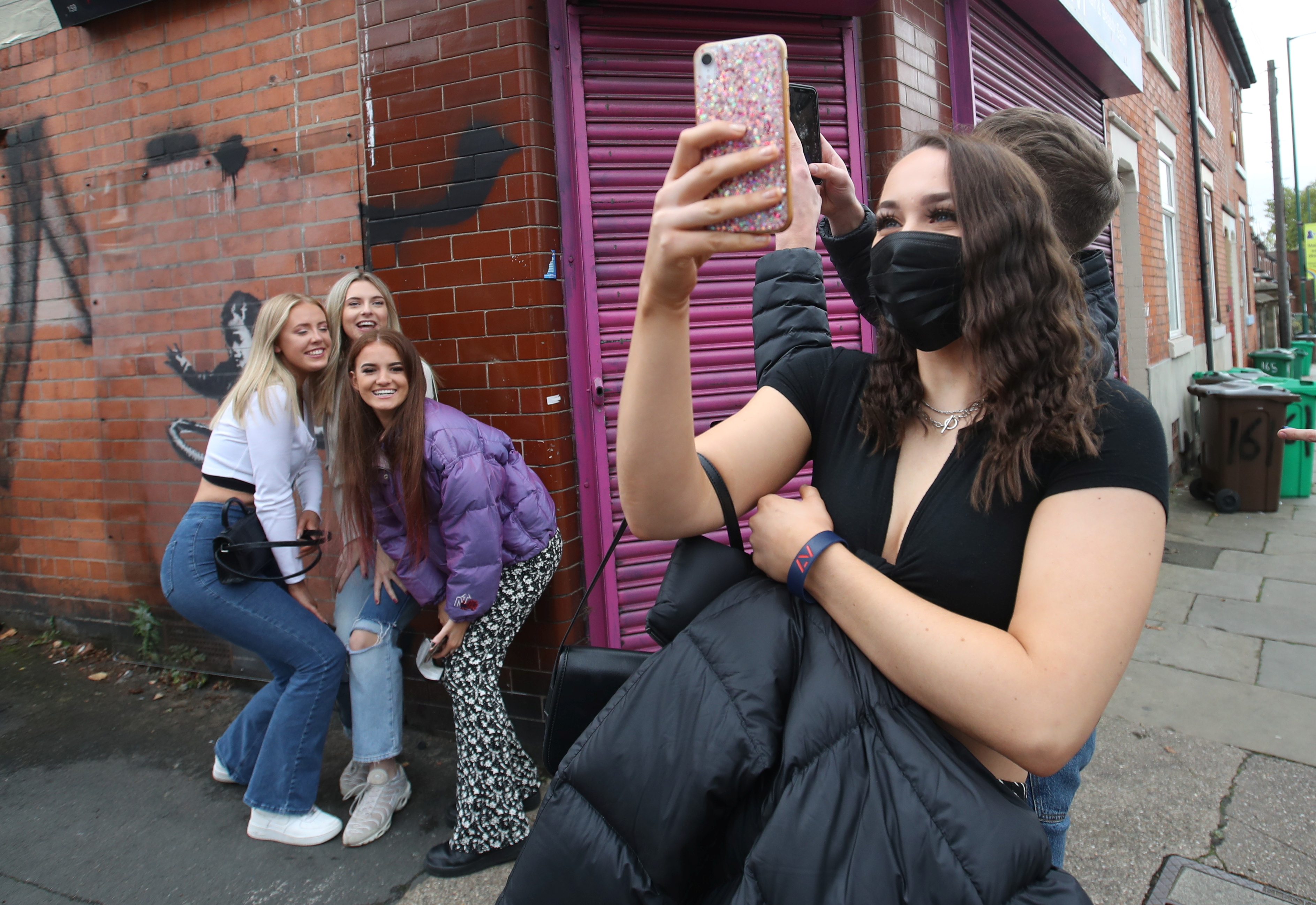 US now has third most coronavirus cases as 35,000 test positive

Chinese city builds a motorway bridge around a 'nail house'