Barron Trump doesn’t make many public appearances, but he was more than happy to turn out for the White House Christmas Party on Sunday night.

That’s because the soccer-loving 12-year-old got the chance to meet one of his heroes – legendary English player Wayne Rooney.

Donald Trump’s youngest son was all smiles as he took photos with Rooney, who arrived at 1600 Pennsylvania Avenue with his wife Coleen and their four sons.

Rooney and his family were reportedly personally invited by the president to the party, which was also attended by Ivanka and Vanessa Trump and their children. 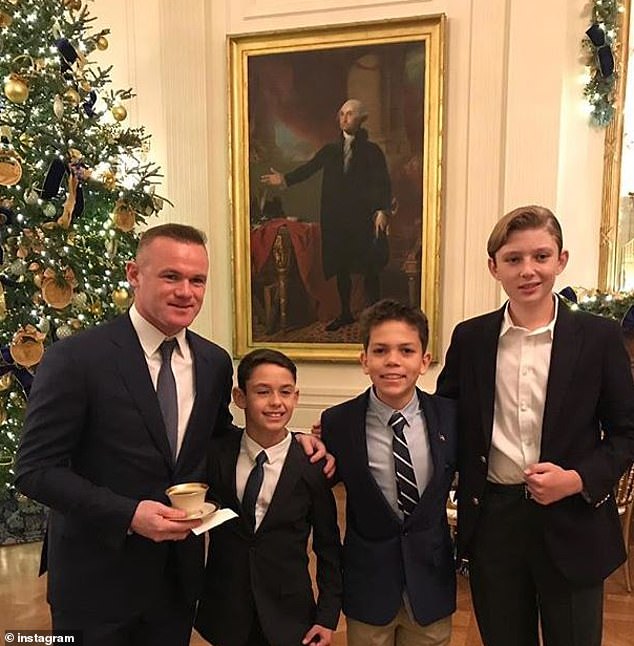 Barron Trump got the chance to meet one of his heroes, legendary English player Wayne Rooney (pictured together), at the White House Christmas Party on Sunday night 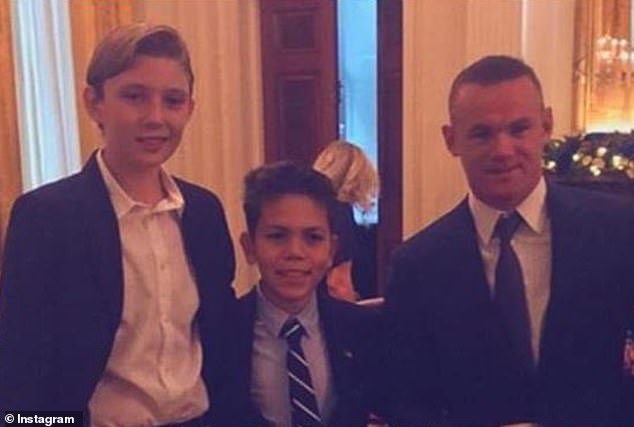 Rooney and his family were reportedly personally invited by the president to the party. Rooney plays for D.C. United, one of Barron’s favorite teams 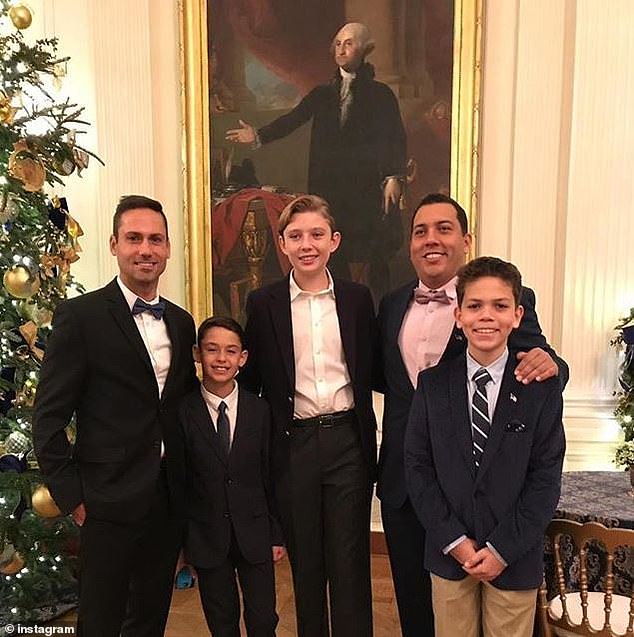 It was a rare public appearance for Barron, who often shies away from the spotlight that comes with being a Trump

Sources told The Sun that Rooney, Coleen, and their sons Kai, nine, Klay, five, Kit, two, and nine-month-old Cass were given a tour of Trump’s private quarters.

The Oval Office, as per tradition, remained off limits.

Rooney, 33, and his family recently moved to Washington DC after he received a $13million two-and-half year contract with DC United in July and decided to leave the Premier League team Everton – and his life in England – behind.

Rooney’s wife frequently posts pictures of her family settling into their new home and sources said an invite to the White House was an offer they couldn’t refuse.

‘Coleen and Wayne were stunned when they received a personal invite from Donald inviting them to the White House,’ a source said.

‘It wasn’t political. For them this was a chance to go inside one of the most iconic buildings in the world and give their children this experience of being there for the Christmas party, which is always spectacular.’

‘It’s an extra special welcome to Washington for them. It’s an experience none of them will ever forget.’ 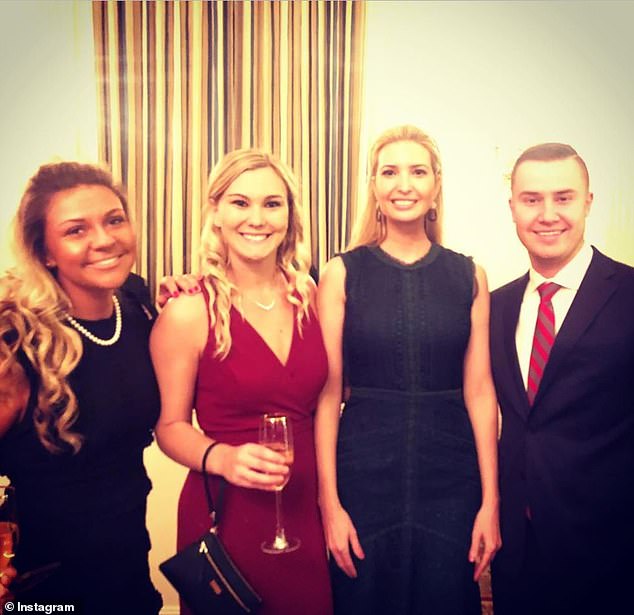 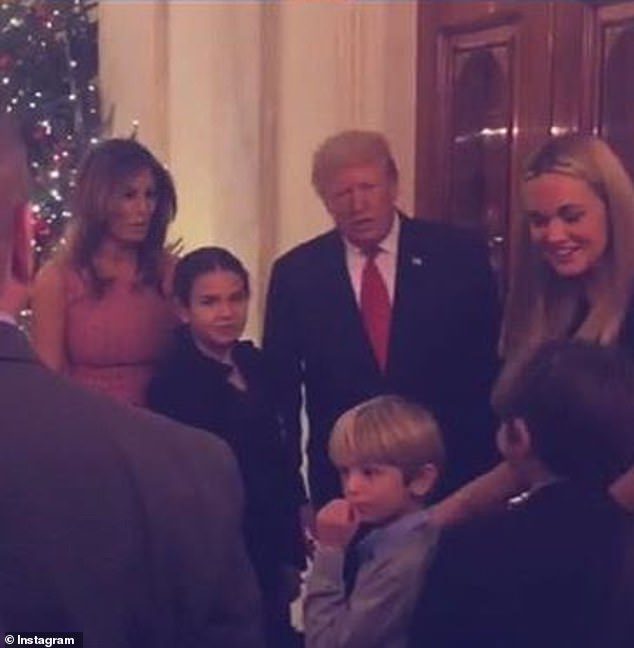 Barron has previously played for DC United’s youth teams and is reportedly a huge fan of the club.

‘Wayne is a huge name on DC United’s team so obviously Donald invited them because of his son Barron and how much he loves the team,’ the source said.

Members of the team were previously invited to the White House for the Easter Egg Roll in April. 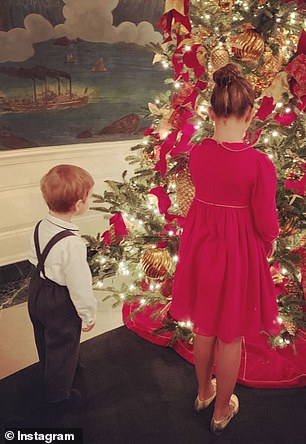 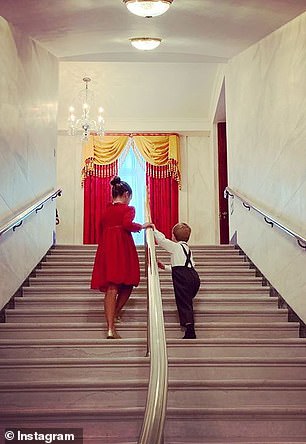 Ivanka posted pictures of her daughter Arabella, seven, and son Theodore, two, admiring the Christmas decorations at the White House 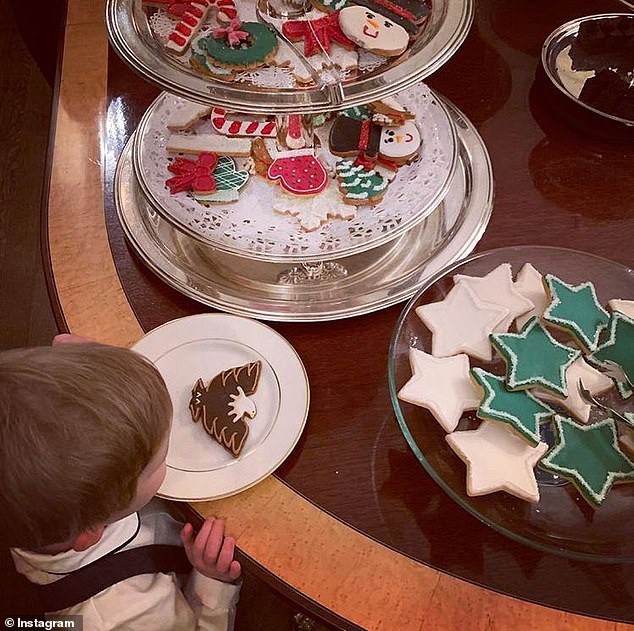 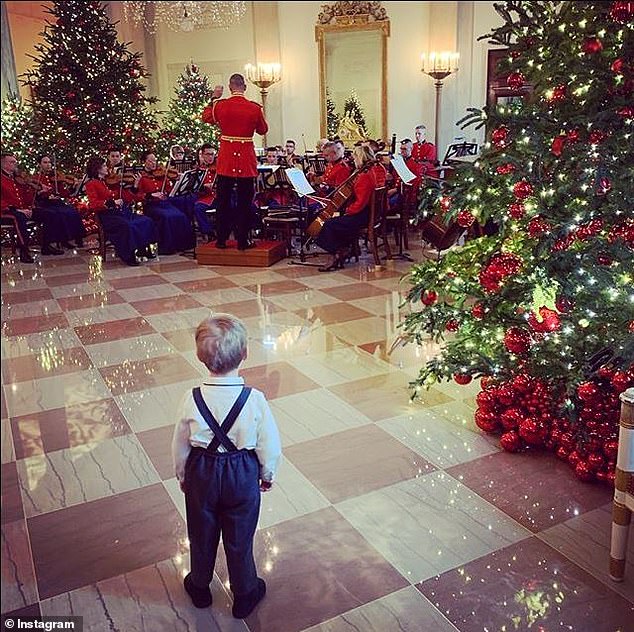 The team was then given an unscheduled invitation to meet Barron inside the White House.

Trump recently gave Barron a signed ball from the 2018 World Cup, which he received from Russian President Vladimir Putin.

The pair were giving a joint press conference in Helsinki in July when Putin, while answering a question about Syria, handed the ball to Trump.

‘Mr President, I will give this ball to you, and now the ball is in your court,’ Putin declared.

Trump said the ball would go to Barron and threw it to Melania, who was sitting at the front of the room, to give to their son. 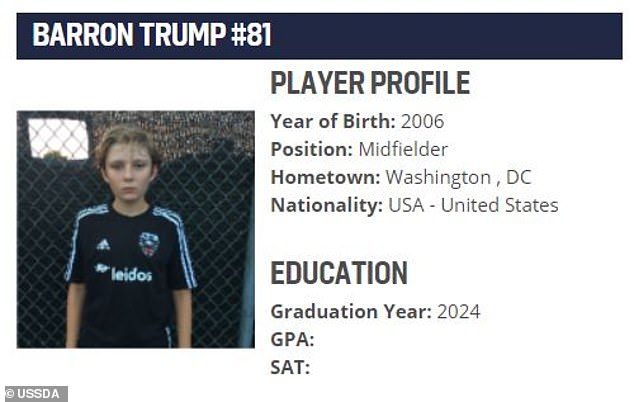 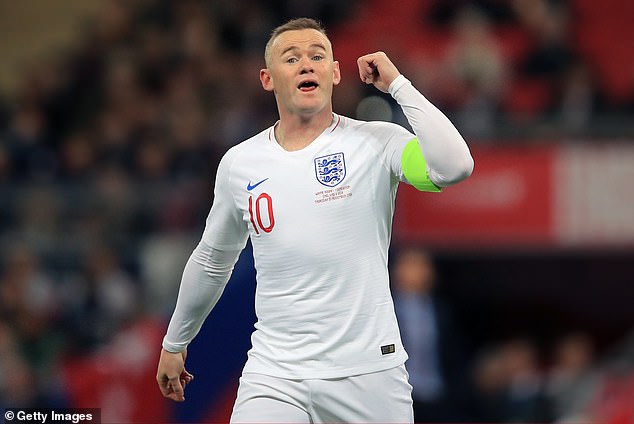 Rooney, 33, and his family recently moved to Washington DC after he received a $13million contract with DC United in July. He is pictured here playing for England during the World Cup

Melania briefly spoke at the start of the White House Christmas Party on Sunday, thanking the volunteers and staff who decorated ‘the People’s House in Christmas cheer’.

‘This is a joyous time of year when we decorate the White House for the Christmas Season,’ she said.

‘Our theme honors the heart and spirit of the American people.’

‘On behalf of my family, we wish everyone a very Merry Christmas and a Happy New Year.’ 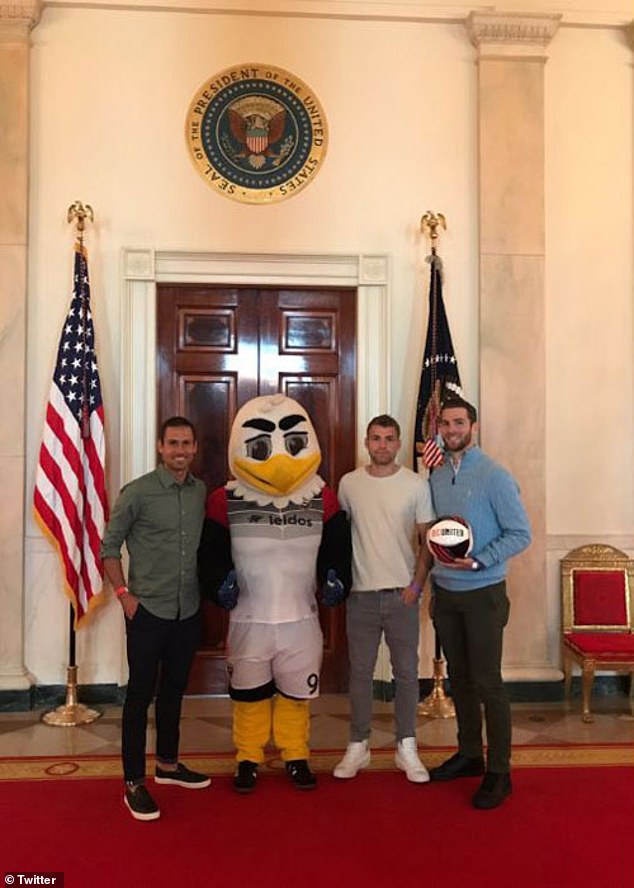 Florida man accused of starving his two dogs to death