Former Radio 5 Live presenter George Riley will ‘never work for the BBC again’ after eight female colleagues made sexual assault claims against him.

Riley, 40, who had been in his post for 10 years, was suspended in October 2017 after a series of allegations he had groped women he worked with.

An investigation was launched but did not conclude until July 2018, by which time Riley had resigned.

The BBC has given no further information on the matter, but The Guardian reported yesterday station controller Jonathan Wall has told staff an ‘unnamed individual’ who was previously suspended has left the corporation permanently and will not be returning.

This was understood by all staff present to be Riley, the newspaper claims. 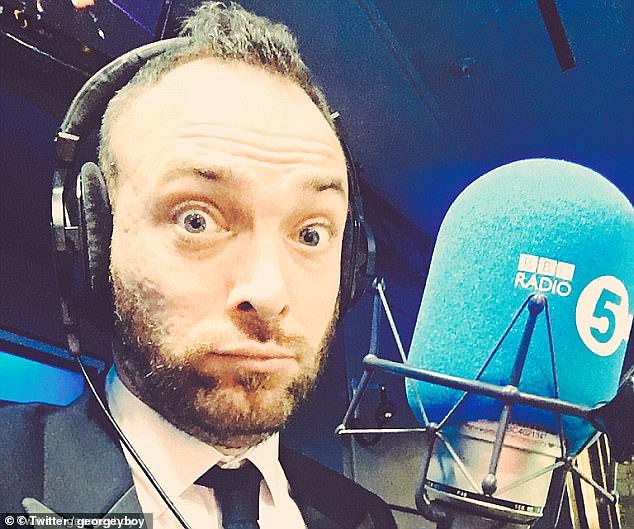 George Riley (pictured) was the voice of breakfast time sports bulletins on Radio 5 Live and presented programmes on rugby league, snooker and darts

Riley, originally from Leeds, has not responded to requests for comment, but confirmed he left the BBC in a tweet posted in January.

The BBC has also been accused of an ‘inept, unprofessional and slow’ probe into the sexual assault allegations.

‘The investigation has been inept, clumsy, unprofessional, slow and often thoughtless to those who’ve been through it,’ a BBC source told The Sunday Times.

The newspaper was told that a lack of a public statement left the alleged victims ‘in limbo’, with other staff also unaware of the findings of the investigation.

Riley had been a familiar voice on BBC Radio 5 Live sport since 2011. He presented rugby league, darts and snooker programmes for the BBC, both on TV and radio. Including Channel 5’s Football on 5. 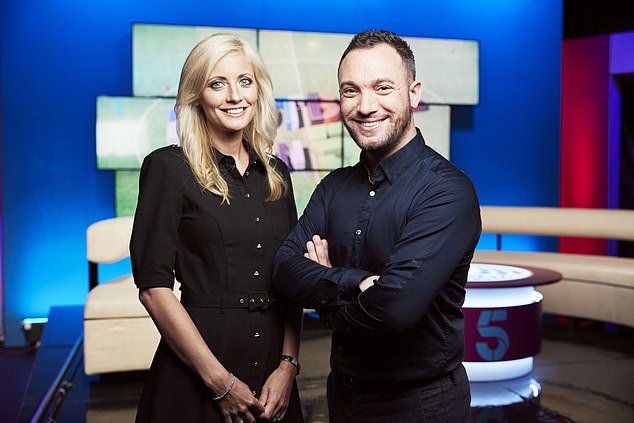 George Riley (pictured with former Channel 5 presenter Lynsey Hipgrave), who worked at Radio 5 Live, was suspended from his post in October 2017 following a string of allegations including from some who claim he groped them

He had also been set to anchor the 2017 rugby league World Cup before the allegations surfaced.

The allegations against him are said to have spanned a period of around seven years, with some including approaching women from behind and grabbing them under their skirts. 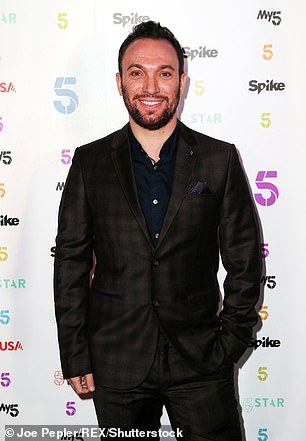 Other aspects of the BBC investigation to come under fire included the length of time it took to suspend him after the first complaints about his behaviour.

He was not withdrawn from the air until a week after four women first voiced their concerns, with a source telling the Sunday Times it would have been faster ‘if he hadn’t been ‘on-air talent’.’

The news of his alleged behaviour came at the height of the #MeToo movement. One of the women who reported Riley allegedly complained as part of the 2013 Respect at Work Review carried out in the wake of the Jimmy Savile crisis.

The BBC was left heavily-wounded after it came out Savile had sexually abused women and children while he was working there, during a career spanning more than 40 years.

Independent of the BBC, the review was set up to ‘assess complaints of sexual harassment made by staff or freelancers at the BBC or involved in BBC productions’.

A BBC spokeswoman said that the organisation does not comment on individuals.

WNBA star Sue Bird: Female athletes tried to ‘stick to sports’ but ‘nobody would let us’

The countries that have imposed travel restrictions for Brits