One newspaper’s political cartoon was very critical of the matter

As scenes of Middle Eastern migrants alternately storming fences in an attempt to get into Europe and huddling frozen around campfires make headlines, the handy conclusion was that Belarus’ president, Alexander Lukashenko, wanted to wreak a little havoc to get back at the West for sanctions. Or that he wanted to make Western leaders — who have in large part not recognized him as president — this time around finally face up to him. Or that he wanted to make countries like Poland look like the evil ones, the real human rights abusers, for not allowing these migrants in.

All of these scenarios would of course be supported by Russian President Vladimir Putin in a sort of good cop-bad cop sketch. Europe is destabilized, the theory goes, but Putin’s fingerprints are not directly on the mess. 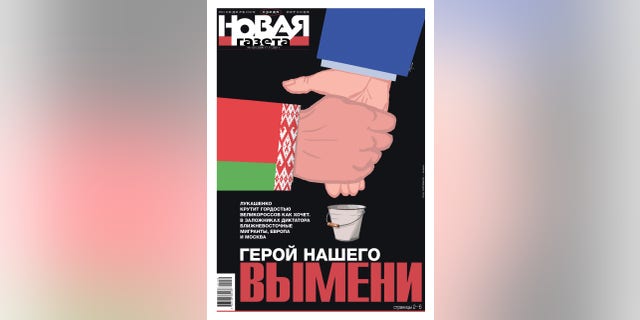 This photo shows a political cartoon featured on a magazine depicting Lukashenko and Putin, with one hand milking the other hand.
(Courtesy of Novaya Gazeta)

But Novaya Gazeta, one of the last independent newspapers in Russia, had a different take this week illustrated by a cartoon on its cover depicting Lukashenko and Putin, in what at first glance appears to be a handshake but on closer inspection actually depicts one hand milking the other. Former collective pig farm boss Lukashenko is the one doing the milking.

“He effectively blackmails the Kremlin,” Novaya Gazeta’s deputy editor, Kirill Martynov, told Fox News. “In the sense that, if he goes, there will be a ‘Maidan’ [Ukrainian revolution that overthrew its last pro-Russian President Viktor Yanukovich in 2014] and protests and Belarus will move toward the European Union and Russia will lose control of that part of Europe.” Martynov added that he would actually call Lukashenko a “double blackmailer” because he is holding Europe hostage as well to a certain degree.

Novaya Gazeta’s editor, Dmitry Muratov, won the Nobel Peace Prize for its bold and honest reporting under difficult circumstances and since then has been under pressure to defend those who are feeling the heat of the Kremlin’s moves to label a large swath of the independent press corps as “foreign agents” and keep up intrepid and daring reporting themselves.

Martynov describes “the dance” between the Russian and Belarusian leaders.

“Sometimes Putin leads, sometimes Lukashenko leads, but Lukashenko has a more radical stance and is ready always to set down his conditions and entangle Moscow.” 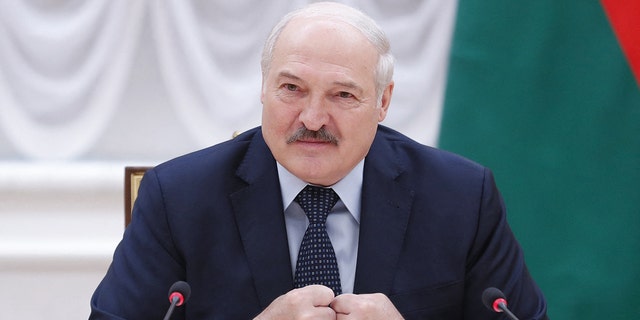 Belarusian President Alexander Lukashenko speaks during a meeting with Commonwealth of Independent States officials in Minsk on May 28, 2021. One journalist is suggesting Lukashenko ‘effectively blackmails’ Putin over the migrant crisis.
(DMITRY ASTAKHOV/POOL/AFP via Getty Images)

Thousands of migrants from the Middle East and other parts of the world have been flying to Minsk, the Belarussian capital, with the promise of easy passage onward to Europe, as the EU countries of Latvia, Lithuania and Poland all border Belarus. People smugglers, apparently in cahoots with some Belarussian border guards or others in an official capacity, maneuver these groups through the woods and up to the borders with the European Union. Lukashenko has denied he is luring people in for this reason. In all of this, Russia’s foreign minister ultimately blames Western countries for creating the unstable conditions in faraway lands that make their citizens feel the need to leave.

The border crisis comes months after Belarus forced a flight from Greece to Lithuania to make an emergency landing on its soil, citing a bomb threat. When the plane landed in Minsk, a Belarussian dissident was plucked off and arrested. And that came months after widespread protests against Lukashenko’s continued rule were brutally repressed. Putin has stood by his side through all of this.

Martynov said, “I think on the one hand, everyone in the Kremlin is fed up, frankly, with Lukashenko. They hate him. I think Putin personally hates him. And the way Lukashenko is behaving, I think it’s obvious for everyone in the Kremlin he is not a reliable partner. But it’s useful for the Kremlin in the sense that it makes Putin look a much more rational leader than Lukashenko. People want to talk to him. Macron spoke to him. Other leaders have spoken to him and asked him to pressure his partner and ally Alexander Grigorievich (Lukashenko). This psychopath friend is useful for Putin. It makes him look less dangerous and unpredictable.”

According to Martynov, in much the same way that the Luhansk and Donetsk People’s Republics, those self-declared states which are effectively the frozen conflict zones of Eastern Ukraine, are cards to play, Russia could be holding a new one in its hands — a sort of “Minsk People’s Republic.”

Martynov said he cannot predict how this standoff will end, nor what the Russian troop buildup along the border with Ukraine really means. He got the gaming all wrong, he said, when Russia annexed Crimea. 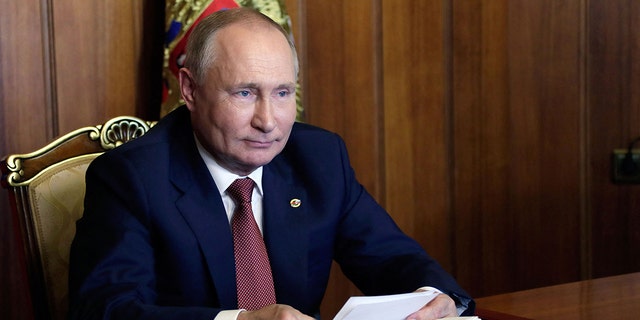 Russia’s President Vladimir Putin attends a meeting of the Supreme State Council of the Union State of Russia and Belarus on Unity Day, via teleconference call, in Sevastopol, Crimea, on Nov. 4, 2021. One journalist is suggesting that Putin was effectively blackmailed by the president of Belarus over the migrant crisis.
(MIKHAIL METZEL/SPUTNIK/AFP via Getty Images)

“In 2014, I made many predictions about it being inconceivable that there would be a Russia-Ukrainian war and until now this is a painful moment from an intellectual point of view.” But he adds, “I think unfortunately we are in a situation where there’s a risk all of this could be left just hanging in the air, turning it into a hotspot on the European borders. It’s a new situation and it will last a long time.”

The headline on the cover of Novaya Gazeta is a twist on the title of Mikhail Lermontov’s classic novel, “Hero of Our Time,” which is about a cynical self-centered army officer. The newspaper anoints Lukashenko “Hero of Our Udder” or “Hero of Udder Time” in the depiction of him milking Putin’s hand. A bit of dark Russian humor around a bleak situation.

Girl, 3, raped, strangled, and dumped in field amid 'feud between families'