Washington: President-elect Joe Biden intends to name his long-time adviser Antony Blinken as his secretary of state, according to three people familiar with the matter, as he sets out to assemble his cabinet even before President Donald Trump concedes defeat.

Jake Sullivan, formerly one of Hillary Clinton's closest aides, is likely to be named Biden's national security adviser, according to two people familiar with the matter. An announcement is expected on Tuesday, they said. 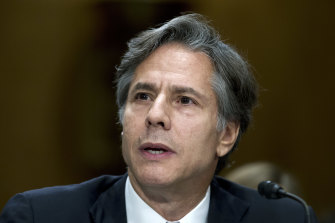 Biden's incoming White House chief of staff Ron Klain said on Sunday the President-elect would be making his initial cabinet announcements on Tuesday, but he declined to specify which positions would be filled first.

The people familiar with Biden's selections asked not to be identified because he hasn't yet made the announcements.

Both Sullivan, 43, and Blinken, 58, served stints as Biden's national security adviser when he was vice-president.

State is regarded as one of the most prestigious cabinet posts. The secretary of state is the nation's top diplomat, conducting meetings with foreign leaders across the globe. 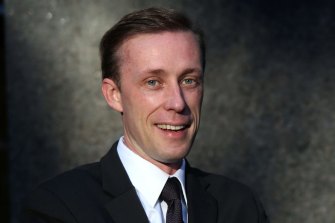 National security adviser is one of the most important and powerful jobs in the White House, leading a staff of dozens of experts drawn from the government's military, diplomatic and intelligence agencies who develop US foreign and military policy.

Blinken and Sullivan did not immediately respond to requests for comment. A Biden spokesman declined to comment.

Blinken has been regarded as one of the leading candidates to run the State Department. After serving as the vice-president's national security adviser, he was elevated to deputy secretary of state under former president Barack Obama.

When Biden was a senator, Blinken served as his staff director on the Senate Foreign Relations Committee before leaving to work on Biden's 2008 presidential campaign.

Soccer coach, 35, charged with ‘raping teen girl, 16, on his team twice over the summer’