SOME participants in Joe Biden's town hall included a former White House speechwriter under the Obama/Biden administration and the wife of a former Pennsylvania Democratic candidate.

Biden was asked questions by two participants with ties to Democratic officials during his town hall Thursday night on ABC at the same time while Donald Trump was being questioned in Miami for his town hall on NBC. 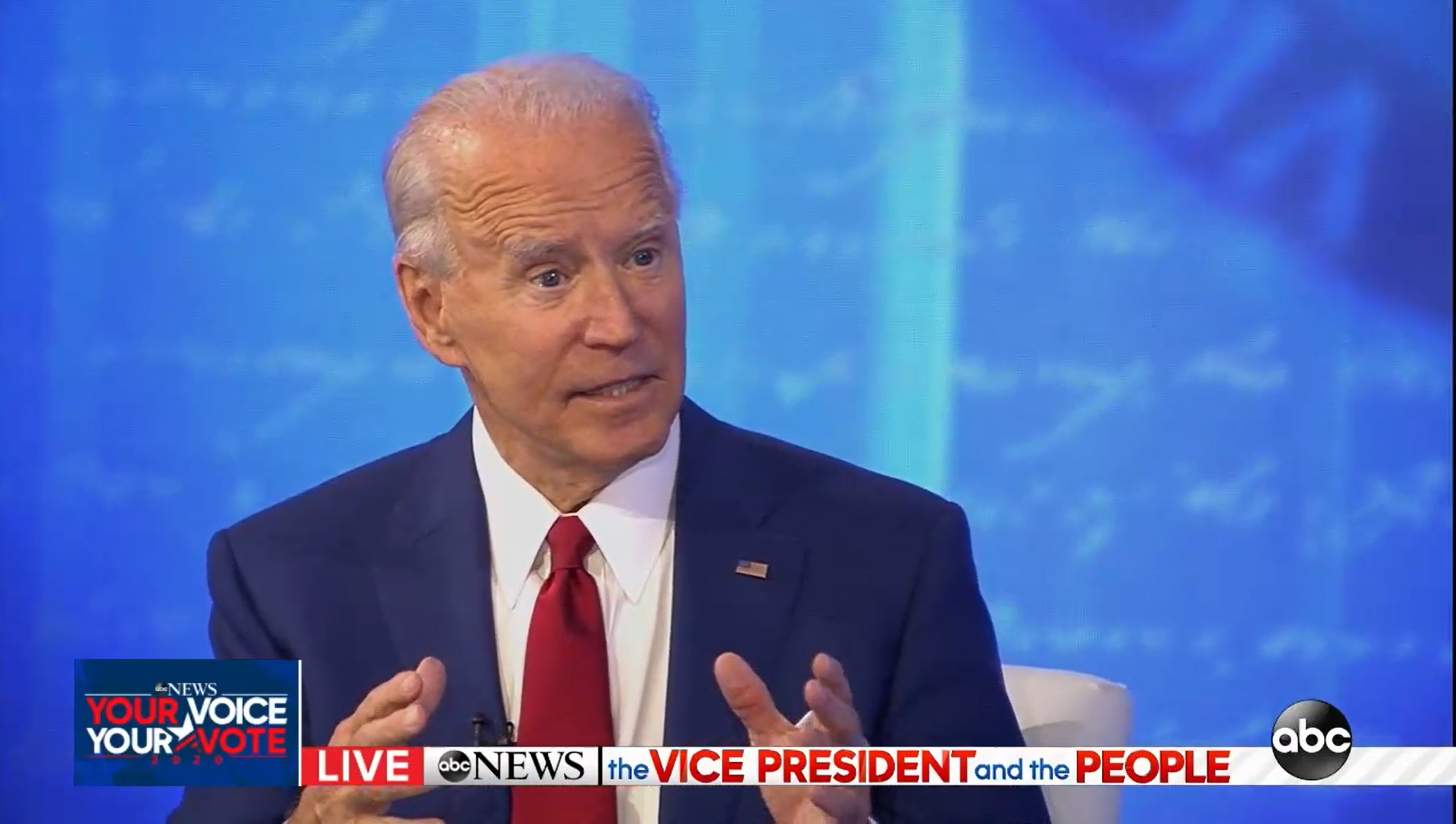 Nathan Osburn, a former speechwriter during the Obama White House administration, was one of the town hall participants that asked Biden questions alongside moderator George Stephanopoulos.

Osburn worked for the Office of Public Affairs at the Department of Commerce and at the Small Business Administration.

Although Osburn's profession was listed as "communications" on the town hall graphic, he was quoted in the Philadelphia Inquirer earlier this year as "a former Obama administration speechwriter" who created the "Philly for Pete group" in the city.

The LGBTQ group Victory Institute referred to Osburn as a senior speechwriter for the Small Business Administration in an article that highlighted the Obama White House for its LGBTQ hiring practices. 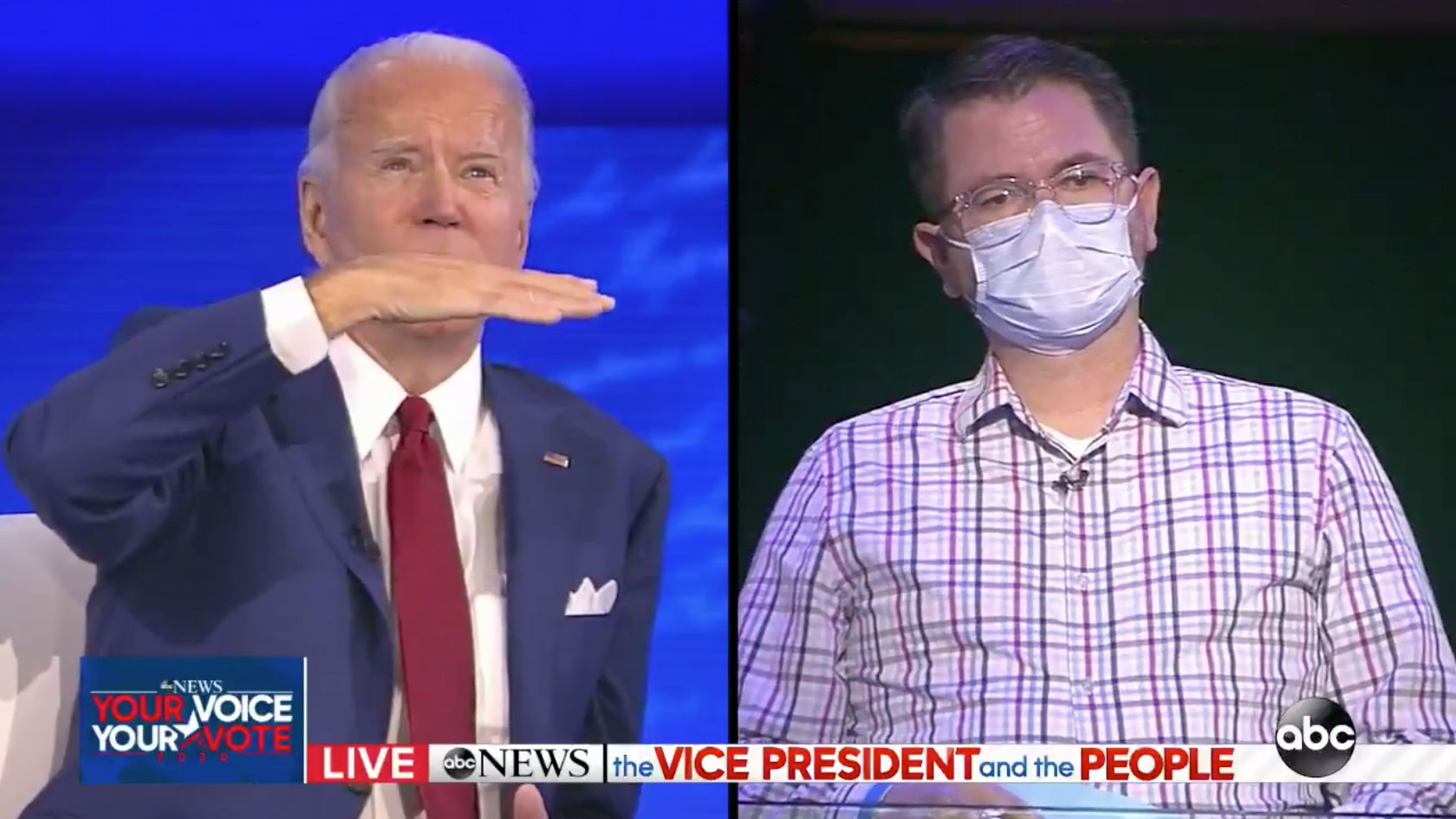 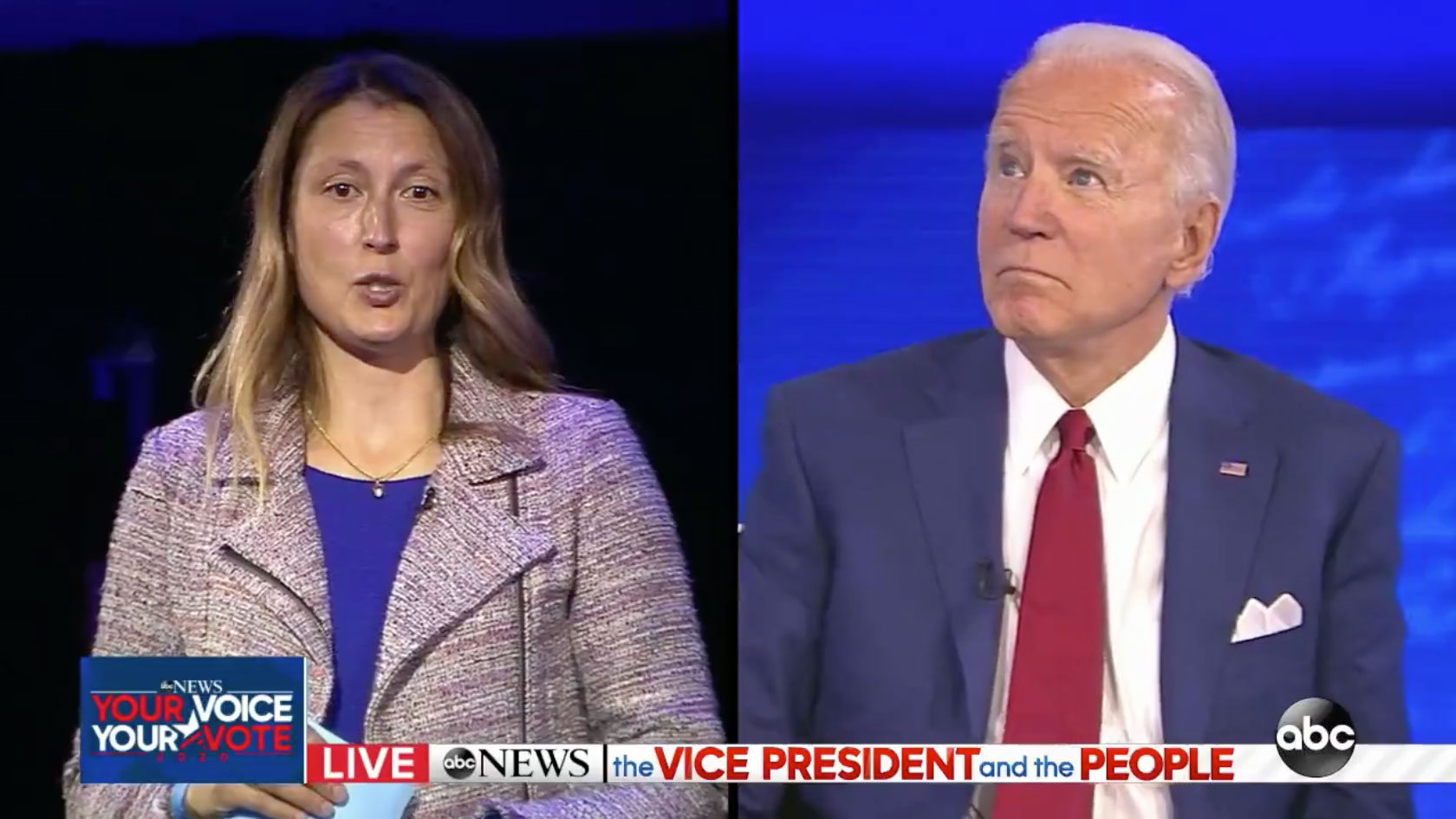 At the town hall, Osburn asked Biden two back to back questions regarding the Supreme Court and what a conservative majority for the future could mean for minorities.

"Amy Coney Barrett's being pushed through at the last minute, even though millions have already voted," Osburn said. "So what do you think about ideas from people like Pete Buttigieg and others to put in place safeguards that will help ensure more long-term balance and stability?"

Osburn then continued to ask Biden: "And what do you say to LGBTQ Americans and others who are very worried right now about erosions of their rights and our democracy as a whole?"

"My youngest daughter is transgender," Haeck said during Thursday's town hall. "The Trump administration has attacked the rights of transgender people, banning them from military service, weakening nondiscrimination protections and even removing the word 'transgender' from some government websites."

Haeck then asked Biden: "how will you as president reverse this dangerous and discriminatory agenda and ensure that the lives and rights of LGBTQ people are protected under U.S. law?"

"I will flat out just change the law," Biden said.

Brooklyn tells public NOT to call 911 over of illegal fireworks