Next week, Congress will return to Washington for what could be a final chance to pass Biden’s remaining climate agenda before the election season begins in earnest. And, as officials and activists celebrate Earth Day, there are few signs of progress after months of diplomacy towards Sen. Joe Manchin (W-VA).

The West Virginia Senator has stymied the administration’s efforts on climate change because of his outsize power in the Senate and his role as chairman of the Senate's Energy Committee. The administration aides have been making particular efforts to woo Manchin with visits by Cabinet officials to his state and even a zip-lining outing.

President Biden expressed some frustration during a Democratic National Committee fundraiser in Oregon Thursday night. He told the assembled crowd in Portland that “the good news is we have 50 senators and the vice president,” but added that "bad news" that in the Senate “anyone can declare themselves president, as two Democrats have.”

It was a clear allusion to both Manchin and Sen. Kyrsten Sinema (D-AZ), the moderate Democrats who have been slow to vote for the administration’s agenda in the 50/50 Senate. "Forty-eight members of the United States Senate have voted with me on 96% of the time," Biden added Thursday. "Two have not." 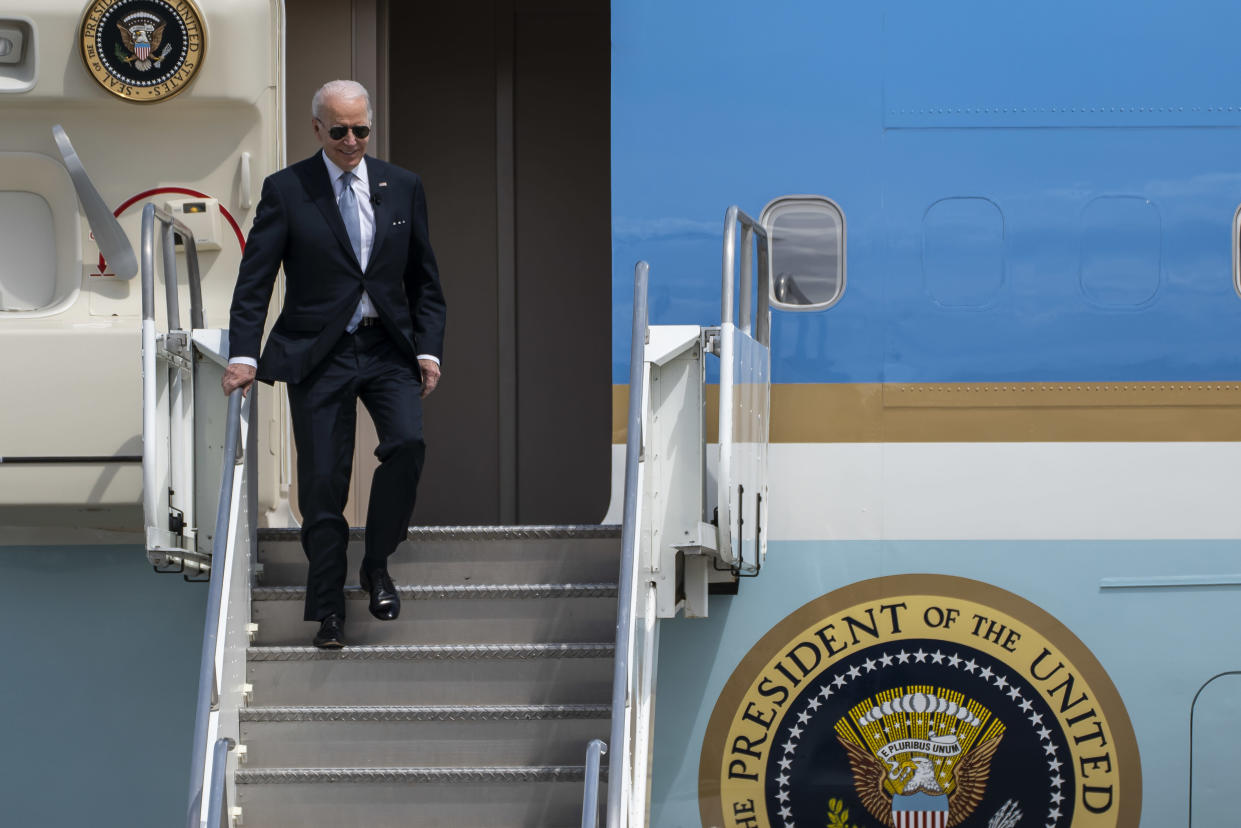 As for the talks themselves with the Manchin, Biden's top domestic adviser did little to suggest a breakthrough was in the offing on a Yahoo Finance interview Thursday.

“I am not at liberty to give you details, but I will tell you these conversations have to keep moving forward,” Biden’s National Climate Adviser Gina McCarthy said in a new interview.

The "president will continue to use every tool in his toolbox to be able to move these efforts forward,” she added.

‘The president’s legacy is at stake’

Biden is spending Earth Day in Seattle with a speech in the city’s Seward Park to make the case for his overall climate agenda as he signs an executive order today to combat deforestation.

The president and his aides hope to pass a reconciliation bill in the coming months that includes clean energy tax credits. The White House has been aiming for $320 billion to dole out to companies to prod the ongoing transition to clean energy. Those ambitions are already a step down from now-abandoned plans early in the administration to penalize utility companies. 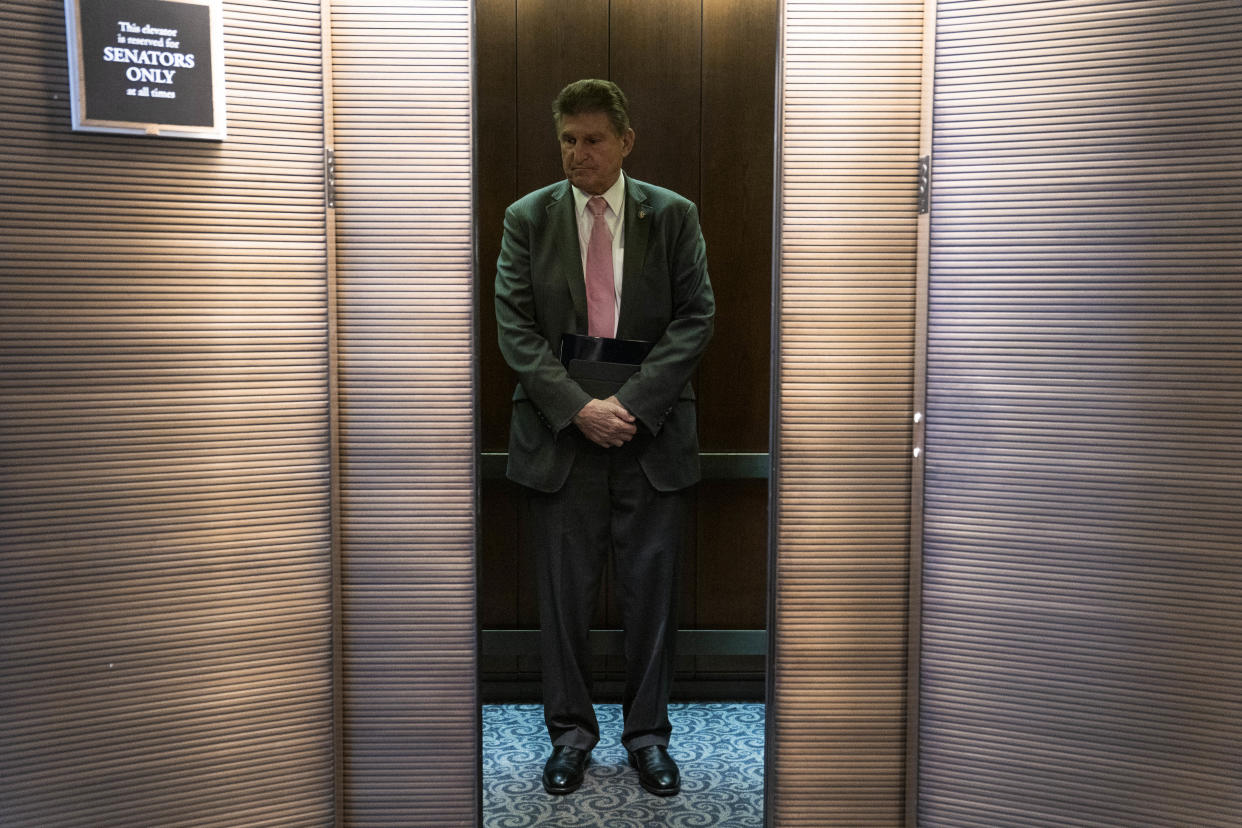 Climate activists say that some action is crucial. In an op-ed in the Seattle Times to coincide with the president’s visit, two leading activists wrote that Biden “won’t be able to make good on the pledges he’s promoting this week until he delivers the centerpiece of his climate plan.”

“The president’s legacy is at stake,” the two confounders of a group called Evergreen Action wrote, noting that he has "one last shot" to deliver between now and Memorial Day.

‘The president has no intention of letting these conversations wane’

Manchin, who has been close to the coal industry for years, has kept his cards close to his chest, aside from revealing in March he was engaging in the talks about a possible climate bill.

In a statement on inflation earlier this month, Manchin endorsed an “all-the-above energy policy” to combat both the high prices and climate change. A representative for the senator didn’t respond to a request for comment from Yahoo Finance Friday on the latest in the talks.

For her part, McCarthy focused during Thursday's interview more on what Biden can achieve via executive action as well as climate programs in the Bipartisan Infrastructure law like a nationwide network of electric vehicle chargers and a plan announced this week devoting $6 billion towards cutting vehicle emissions. 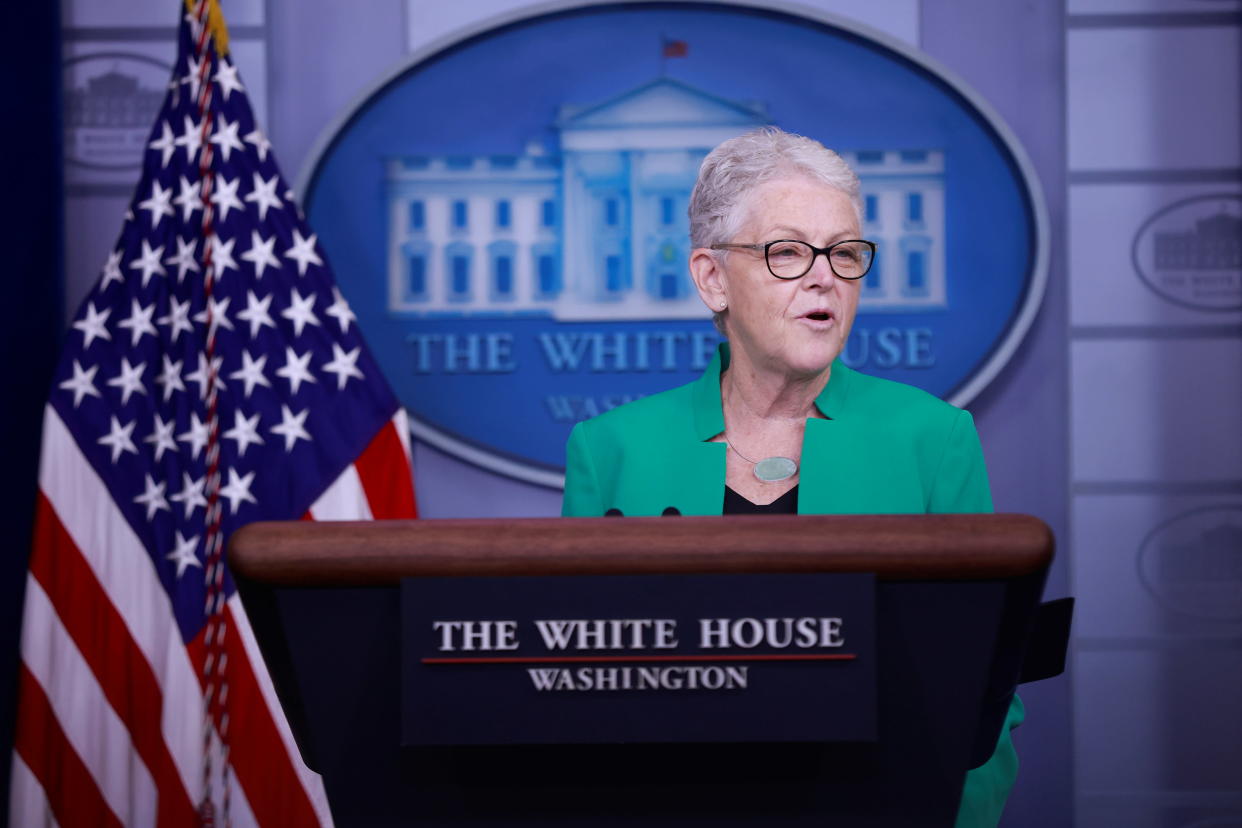 During the interview, McCarthy added about the negotiations with Congress that “the time is now and the president has no intention of letting these conversations wane.”

She also pushed back against reporting that she was planning to depart the administration in the weeks ahead. “I am sticking around because there's so much more work to do,” she said.

Ben Werschkul is a writer and producer for Yahoo Finance in Washington, DC.

How Sir Alex Allan once windsurfed down the Thames to Parliament

The Absolute Best Tech Gifts For Him — All Under $100