A BIRTHDAY girl whose eyelid got ripped off by a lash technician's chihuahua has threatened to sue her for refusing to pay medical bills.

Kelsey Salmon says the tech has not checked in on her once since the horrific attack and has even blocked her – now she just wants her to own up and cover the costs. 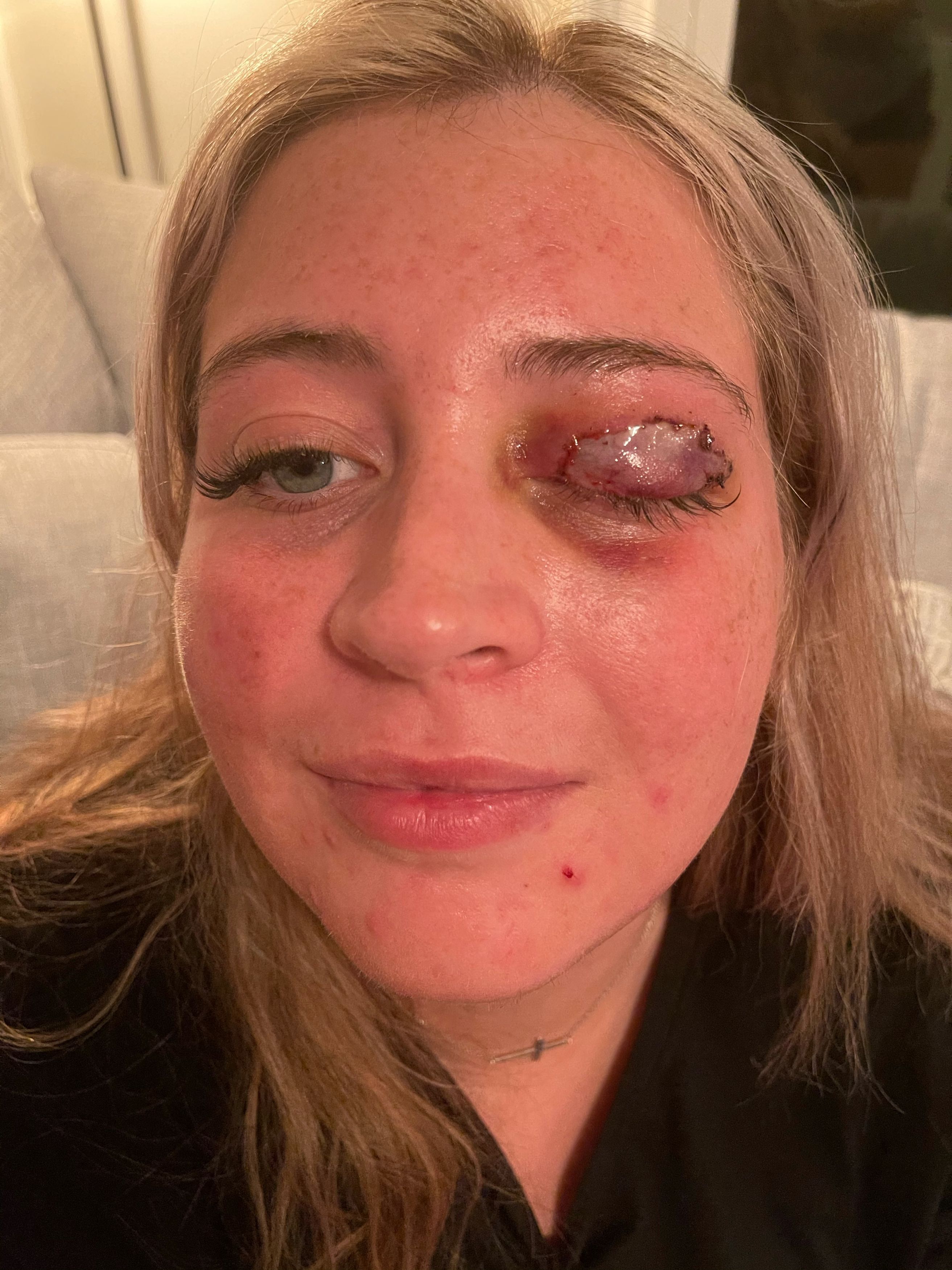 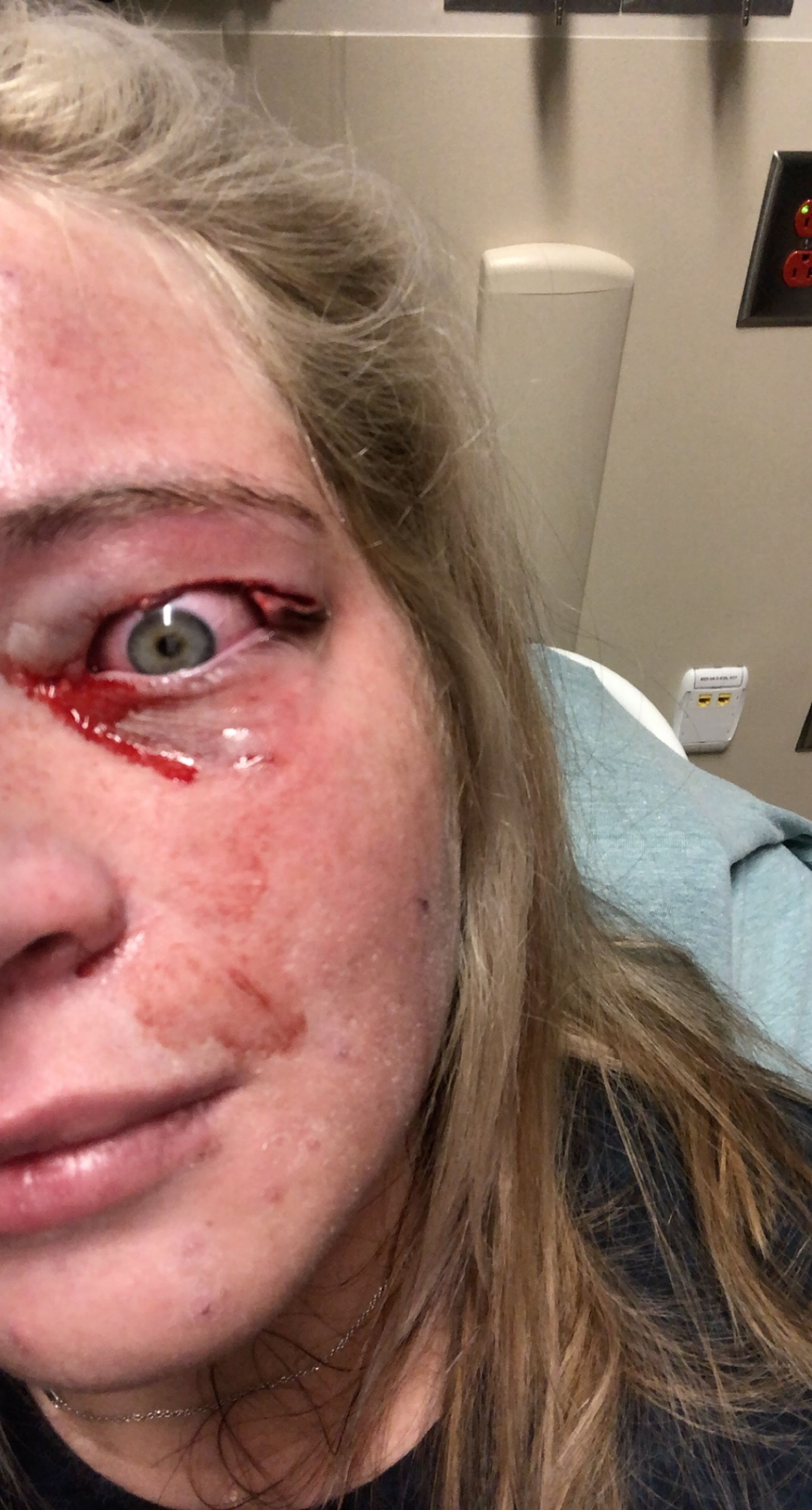 Kelsey, 23, from Atlanta had wanted to get her eyelashes done for her birthday and a long-planned holiday to Hawaii – but ended up spending her special day recovering in bed after undergoing surgery to have her eyelid reattached.

But after finding her usual technician was fully booked, the 23-year-old instead found an alternative on Instagram – a decision she soon lived to regret.

Moments after her beauty treatment finished, the technician's dog – which she had been stroking happily earlier – lunged at her in an unprovoked attack.

The sales development representative ended up spending her birthday waiting hours in hospital before she underwent emergency surgery to reattach the flesh, leaving it sewn shut for 10 days.

Kelsey says she wants the "heartless" lash tech to take responsibility, starting with covering a mountain of medical bills – but instead, she says the woman has blocked her.

She hasn't reached out to her even once since the woman's chihuahua jumped up and bit off Kelsey's eyelid, complete with her new lashes.

Kelsey wants to make it clear that she's not trying to get rich with a lawsuit, she just wants her medical bills paid, this being the only her reason why her family might sue the lash tech.

But the medical bills won't be cheap – Kelsey estimates the total could be $20,000-$30,000, based on two ambulance trips she's already taken and the reattachment surgery.

She said: "I've not heard from her at all, the last I knew she's blocked me, so she's not reached out or checked in on me at all.

Asked what she would say to the lash tech if she could, she said: "If my dog bit someone's eyelid off, I would one hundred per cent by checking in on them everyday.

"It's pretty heartless to not even care to ask how I'm doing,

"I kind of don't want her doing lashes anymore, that would be my one request. With the lawsuit thing, I don't even care about getting money from her, I don't need her money, I just want the bills paid because I'm tired of my parents having to pay.

"Over the last four years, I've probably been to the hospital over a hundred times and that adds up, I don't want another huge financial burden on them, I just want her to own up and take responsibility for it."

Asked whether she thought the chihuahua should be put down, Kelsey said she was "super iffy about it" being a big animal lover but she also understood how grave the consequences could be if the dog were to strike again, especially if it were a child. 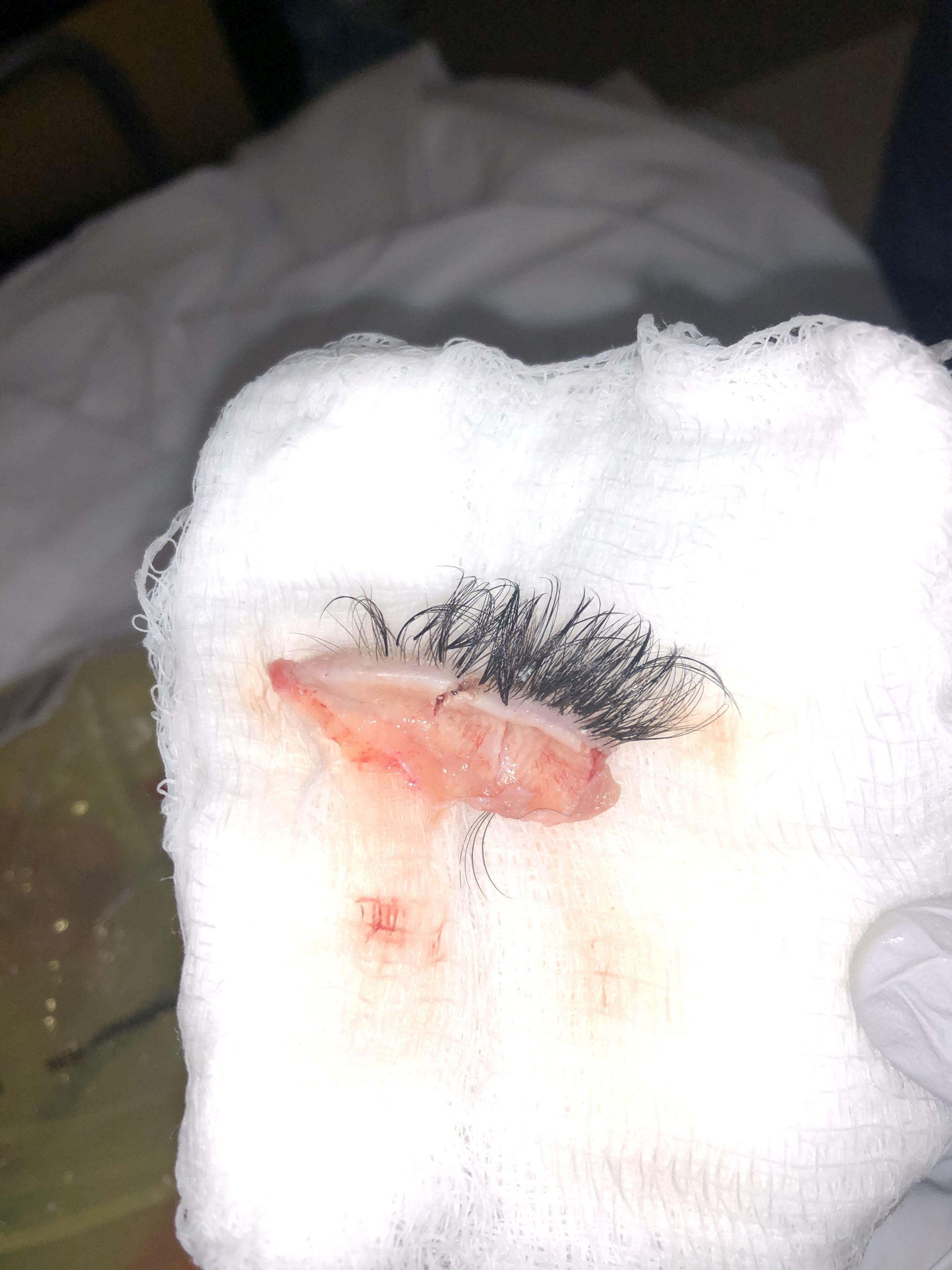 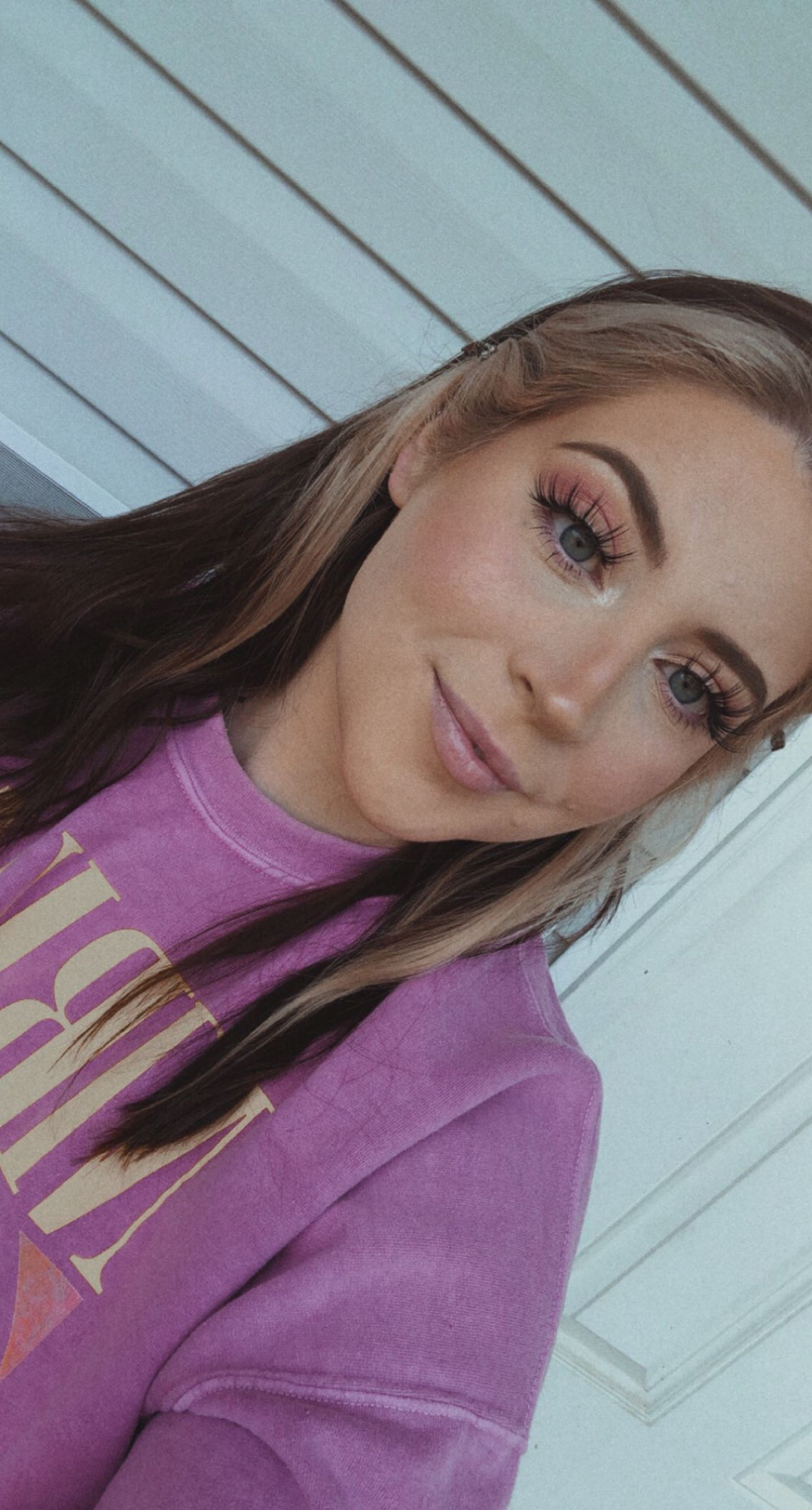 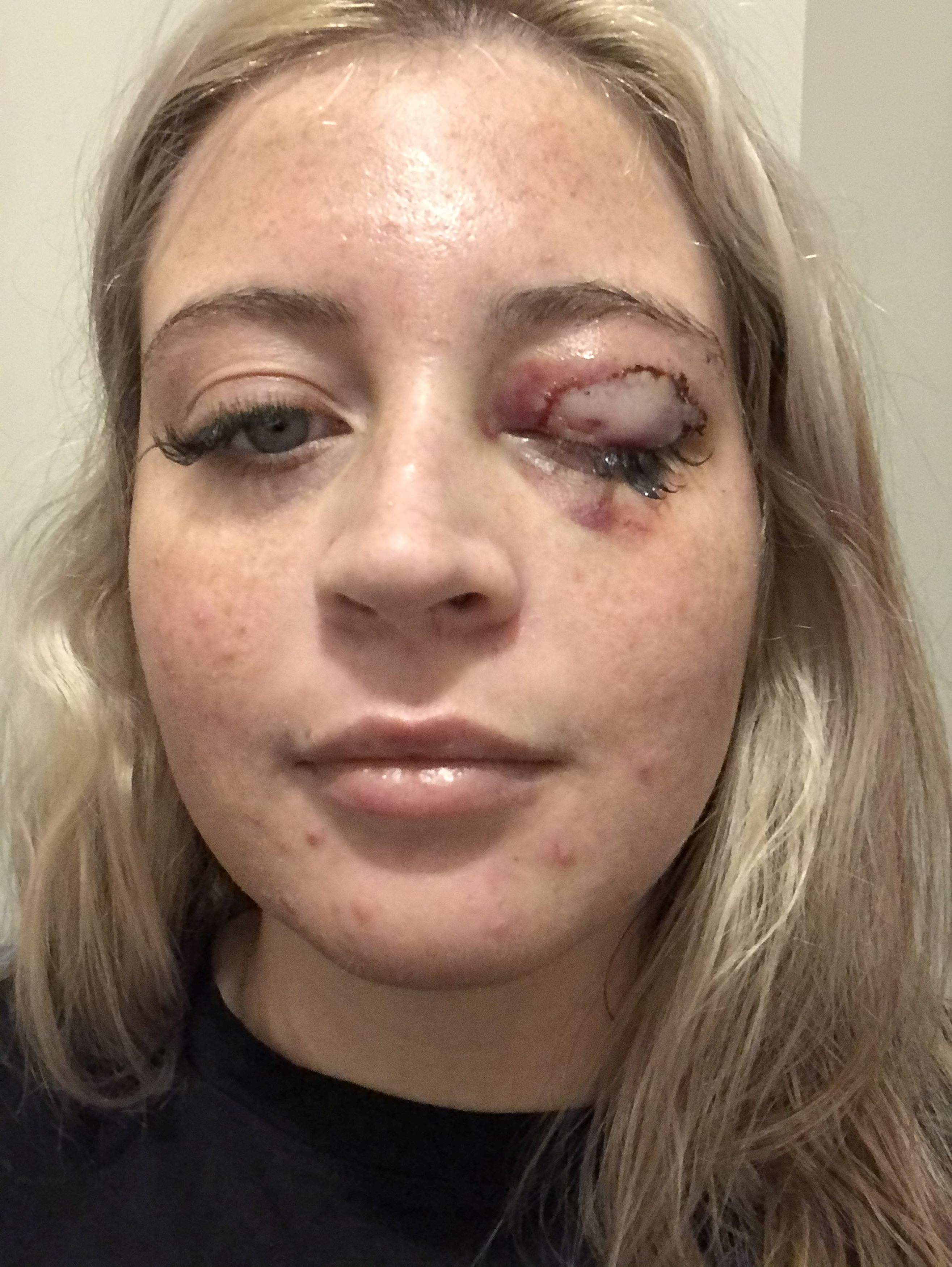 The dog was put in quarantine to check for rabies and to see how it behaves with other dogs.

Meanwhile, medics have warned Kelsey's eyelid will take up to a year to heal.

TikTok videos Kelsey made about her ordeal in which she understandably dubbed it the 'worst lash extension experience' went viral, with two of them racking up a combined 8.1million views.

She said: "It took place at the girl's apartment, and this was the first time I'd ever met her. The living room was empty, aside from a lash bed in the middle of the room.

"I lay down to get started, and I could hear the dog barking in her room. This chihuahua runs in and jumps up on the bed. I start petting him, everything's fine.

"Eventually, she's finished with the lashes and I sit up. The dog's sitting on the floor, I look down at him and he's just staring at me.

"Then, out of nowhere – it happened so fast that I didn't have time to pull back – he jumped up, bit me in the face and broke my eyelid off.

"It happened so fast that at the time, I didn't know what he'd grabbed. There was blood everywhere, and I was trying to catch the blood, saying 'What did he grab?'

"My eyelid was on the floor, and the girl picked it up. I looked at myself in my front camera and that's when I started freaking out.

"I'm so lucky he didn't grab onto my actual eye because that could have been a thousand times worse. 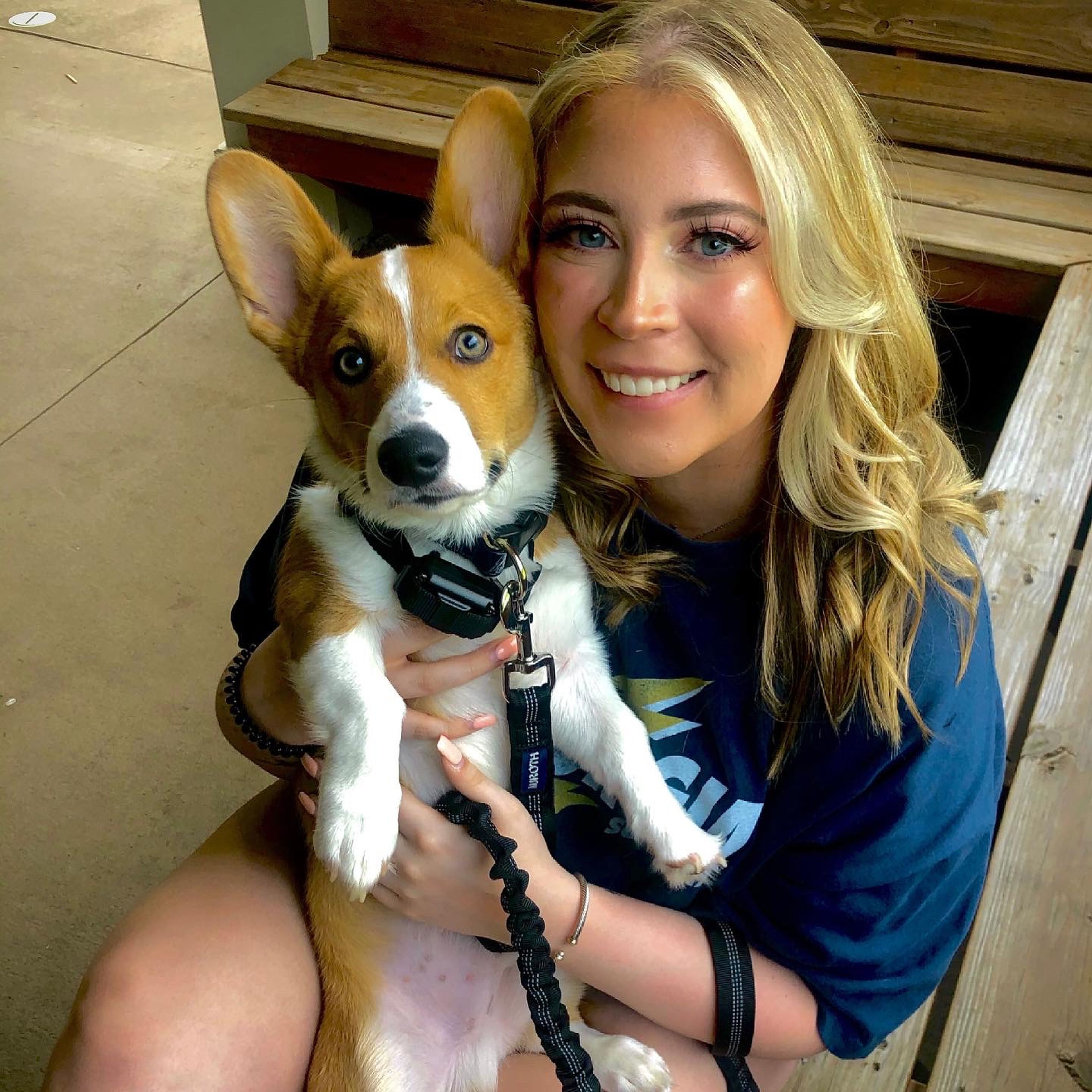 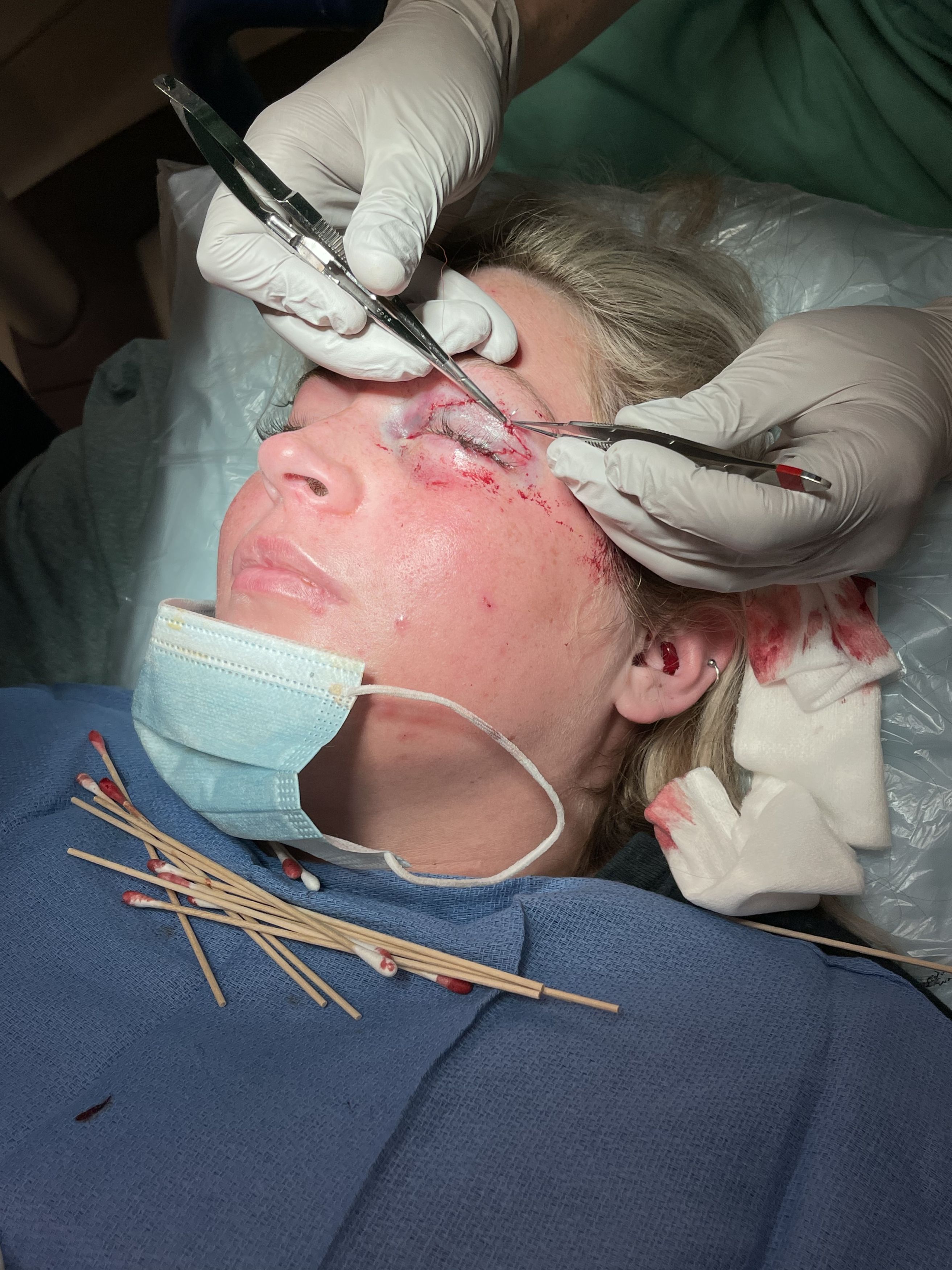 "I was bawling my eyes out, she gave me a dirty blanket off the floor to stop my bleeding. She's calling the ambulance; I'm calling my mum to meet me at the hospital.

"When I got to the hospital, I ended up waiting for like seven hours. They didn't have any ocular plastic surgeons at this hospital.

"My paramedics had wrapped up my eyelid in gauze and put it on ice. The nurse felt adamant that nothing could be done.

"I ended up leaving to go to another hospital at 8pm, and I didn't go into surgery until 1am.

"My mum sat right next to me the whole time; I don't know how she did that. Feeling it was bad, but watching it would be worse, I feel like.

"I was in and out during the reattachment process. It felt like half an hour to me, but I was later told that the operation took two hours."

Kelsey's eyelid is recovering well but could take up to a year to fully heal.

Kelsey said: "They honestly didn't think the eyelid was going to take, because none of the doctors or nurses I spoke to had seen a full eyelid come off. 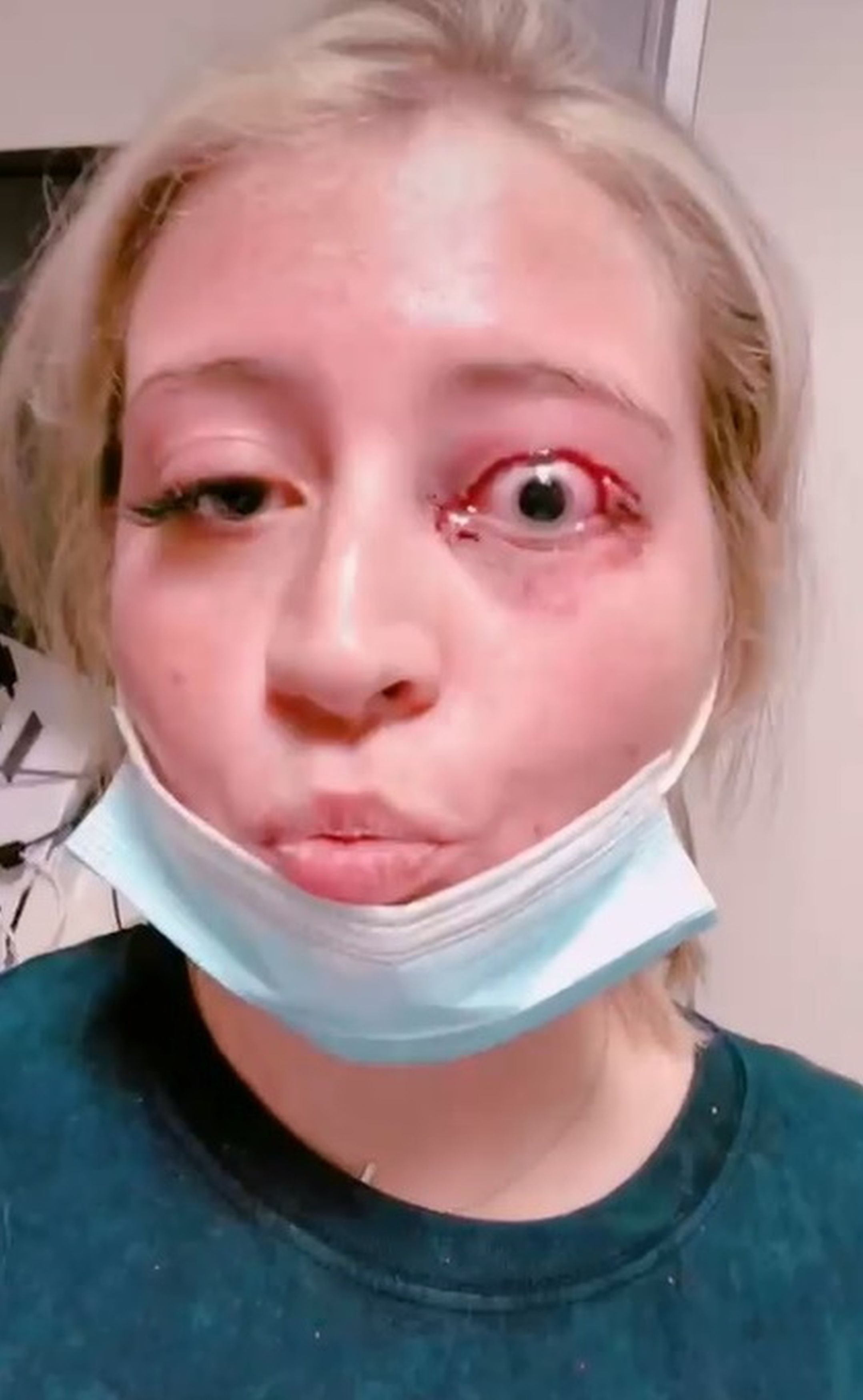 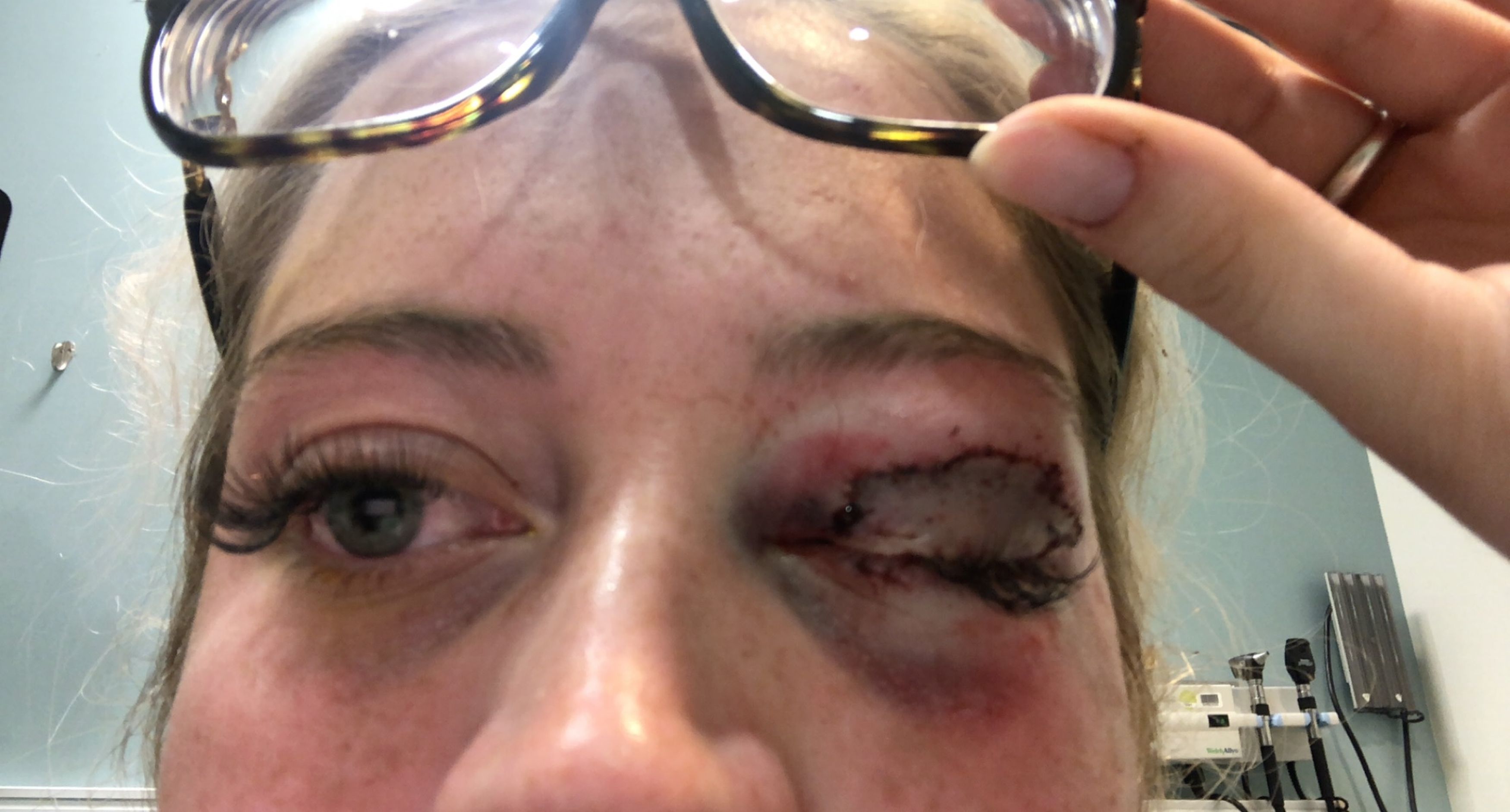 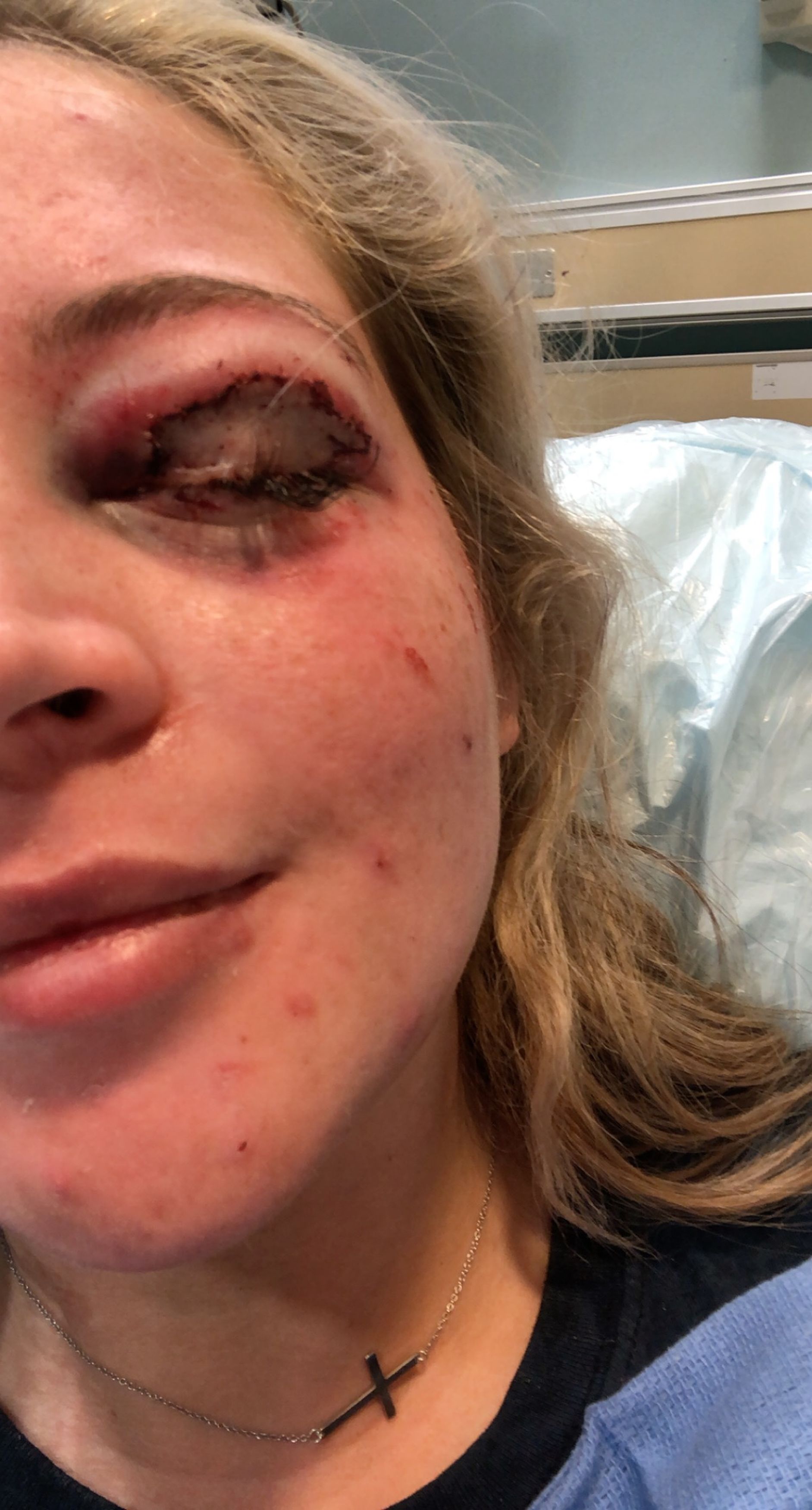 "They were in uncharted territory. They were hopeful but the odds were against me.

"They wanted my eye to be able to breathe during the day, but at night I'm wearing a metal eyepatch with holes.

"At the moment, my eye is all stitched up with dissolvable stitches. It should open eventually.

"I had my surgery on May 29th and I had a check-up again on June 2nd. My surgeon and all the other doctors were shocked that it was even healing and that it had colour.

"It shouldn't have worked. They were very surprised and glad it worked. They gave me the go-ahead to go to Hawaii.

"But even whilst I was on holiday, I was advised to go see a doctor by my surgeon back home. She thought the eyelid looked super dark.

"This doctor thought I had flesh-eating bacteria which would be super detrimental. When he saw me, he told me I was fine, but put me on an oral antibiotic for seven days just in case." 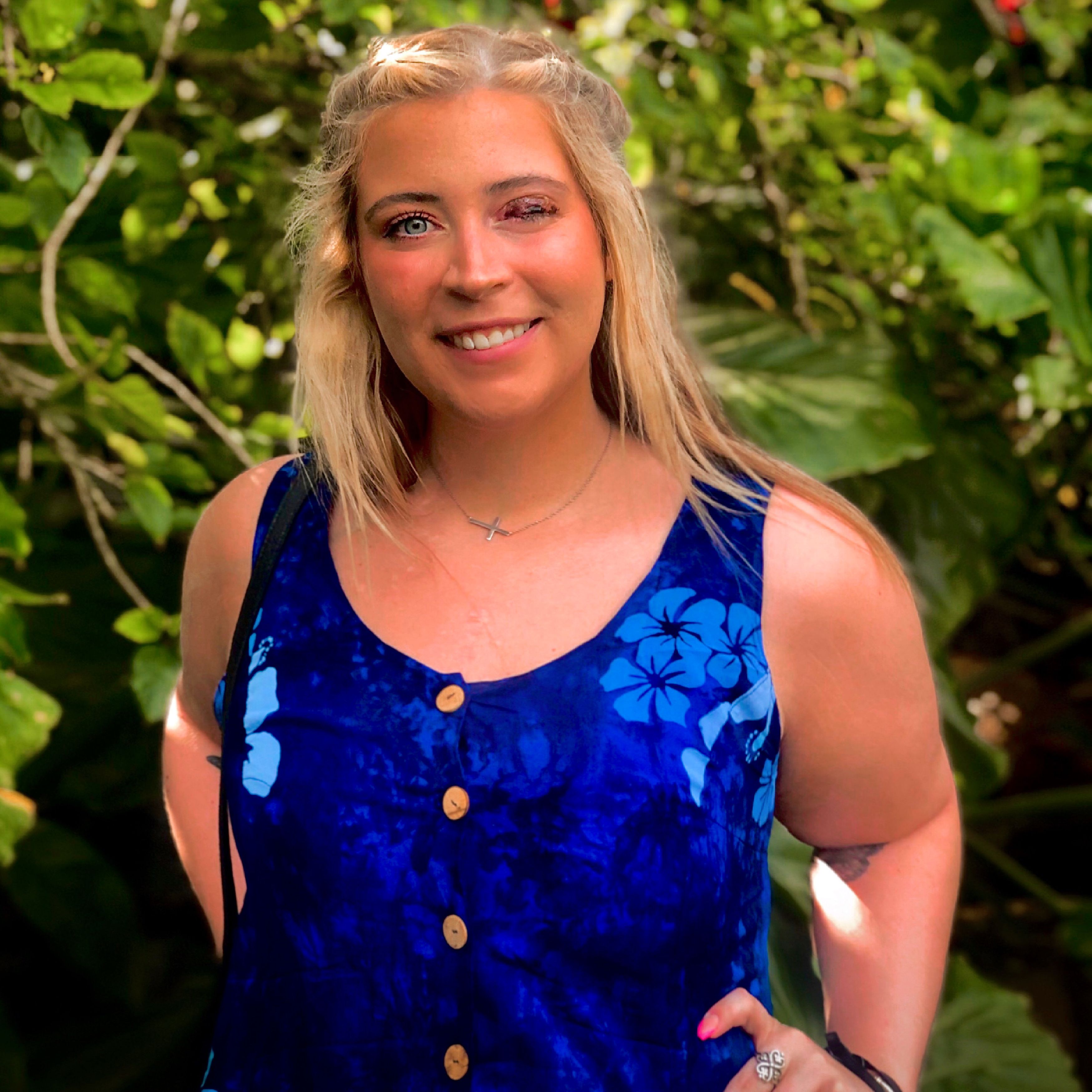 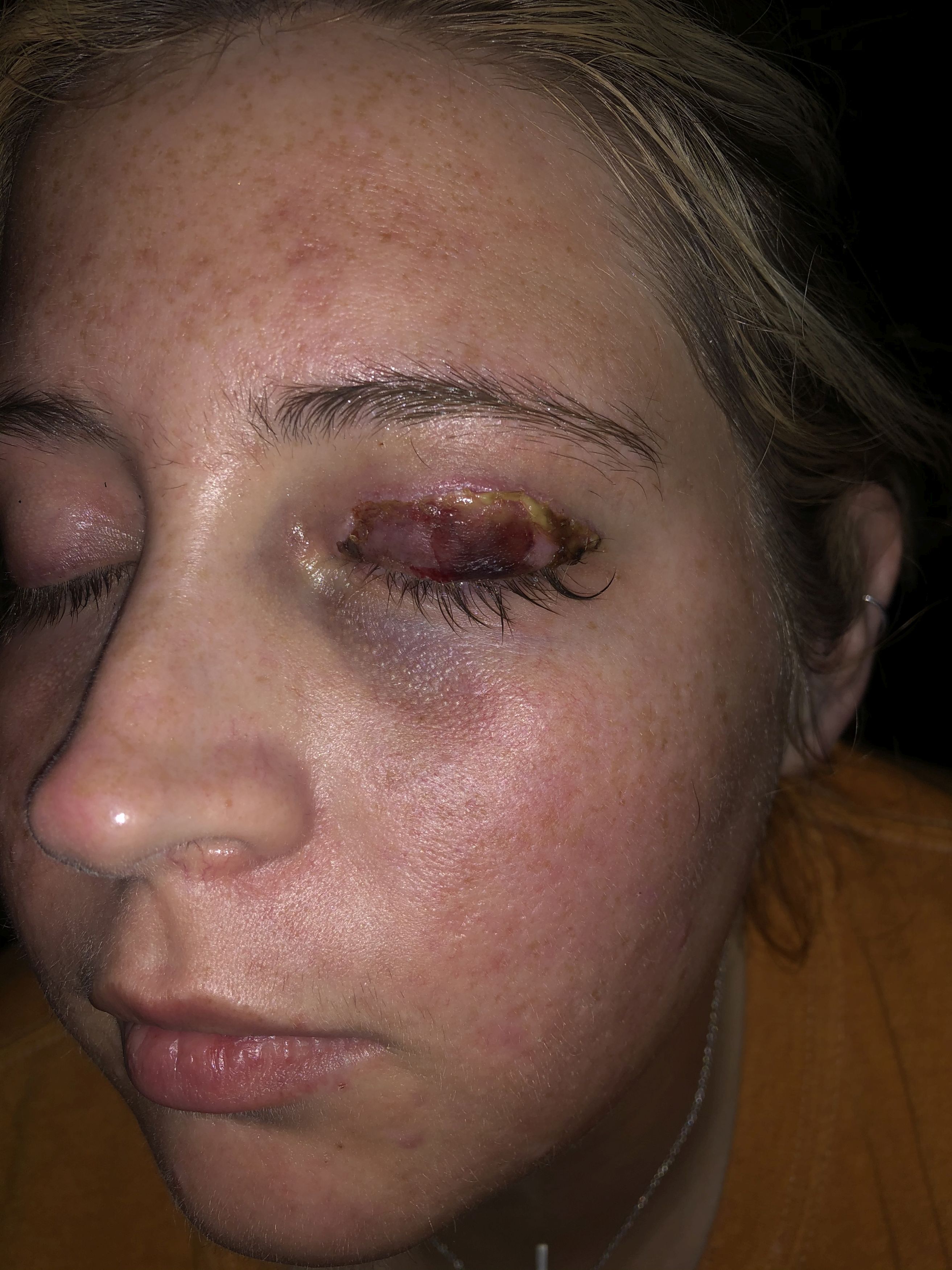 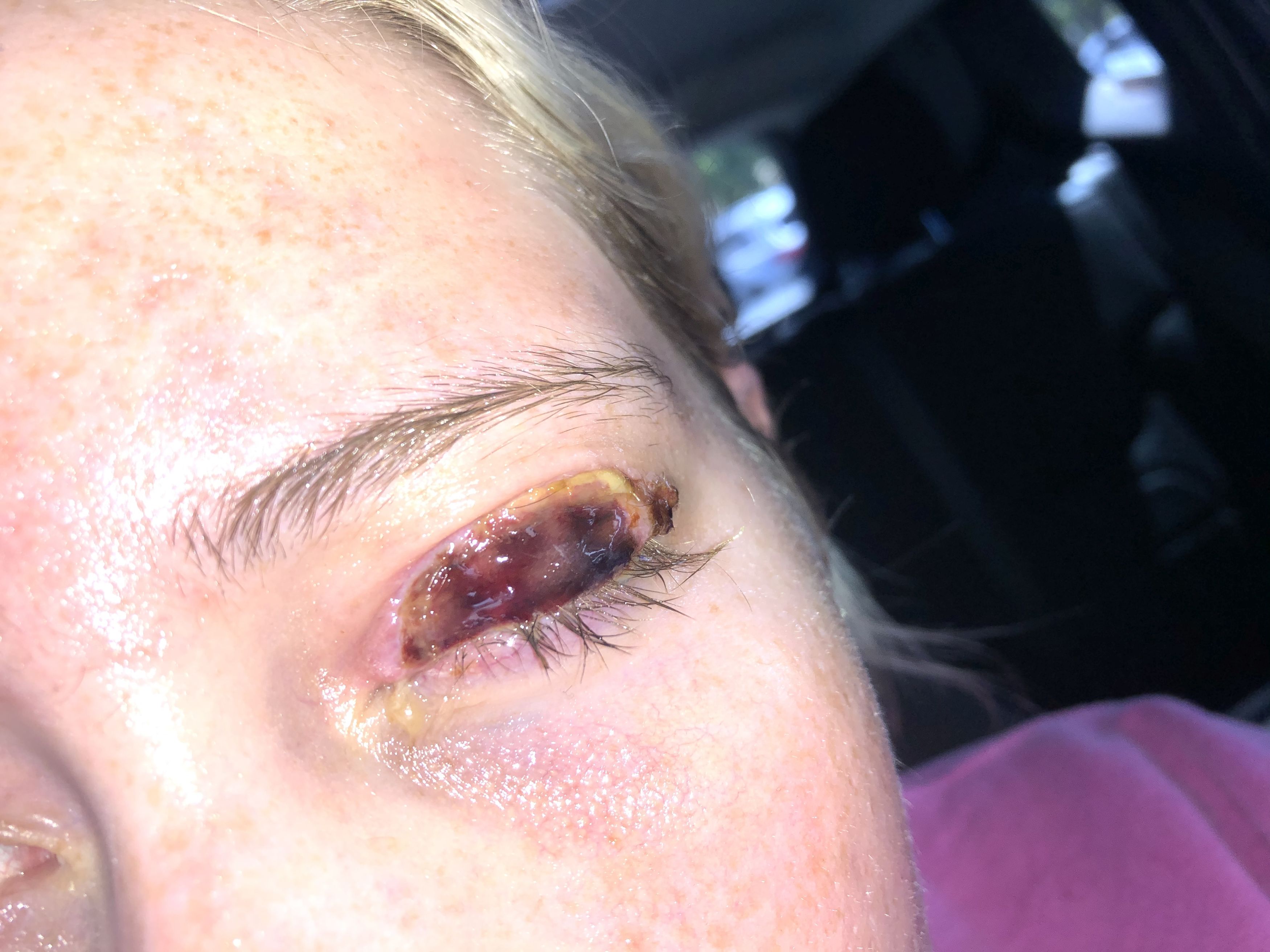 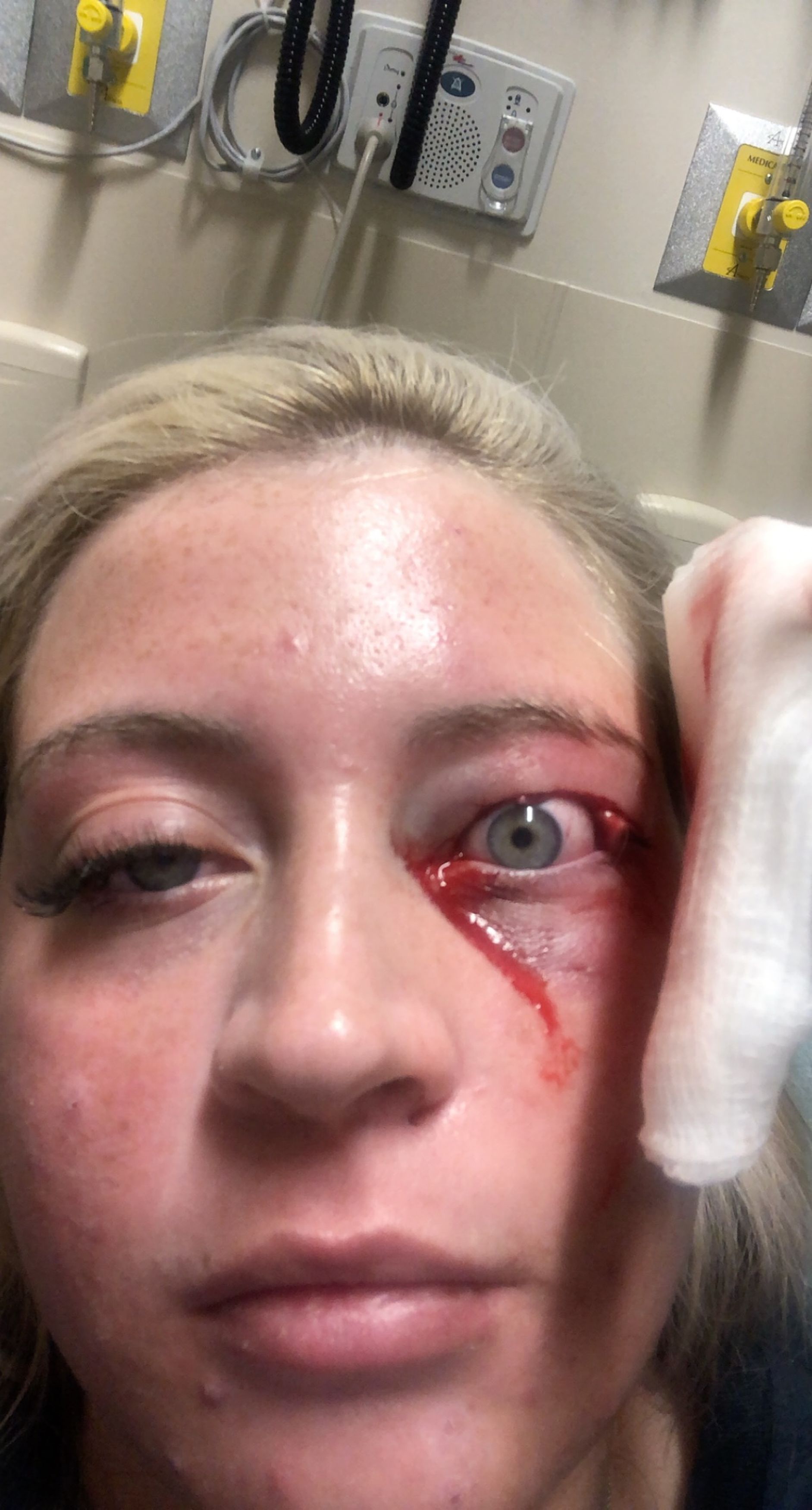 "I just want people to not take their eyelids for granted. It really sucks not having one. I would also advise people not to go to anybody's house for lashes or nails. Always go to a reputable salon.

"This experience has made me look at dogs differently. I have dogs myself, and I don't think of them differently because I know they wouldn't randomly attack me.

"But everyone else's dogs, I'm hesitant around. Dogs are very unpredictable, I can see that now and I'm very careful as a result."

Migrants are jailed for smuggling themselves and 23 into the UK