WILDLIFE Resource officers stumbled onto a scene straight out of "2001: A Space Odyssey" after they found a 12-foot tall metal monolith placed in the middle of the Utah desert.

While a Utah Department of Public Safety helicopter was assisting the Utah Division of Wildlife Resource officers Wednesday, they came across a giant metal monolith in the middle of the midst of barren land. 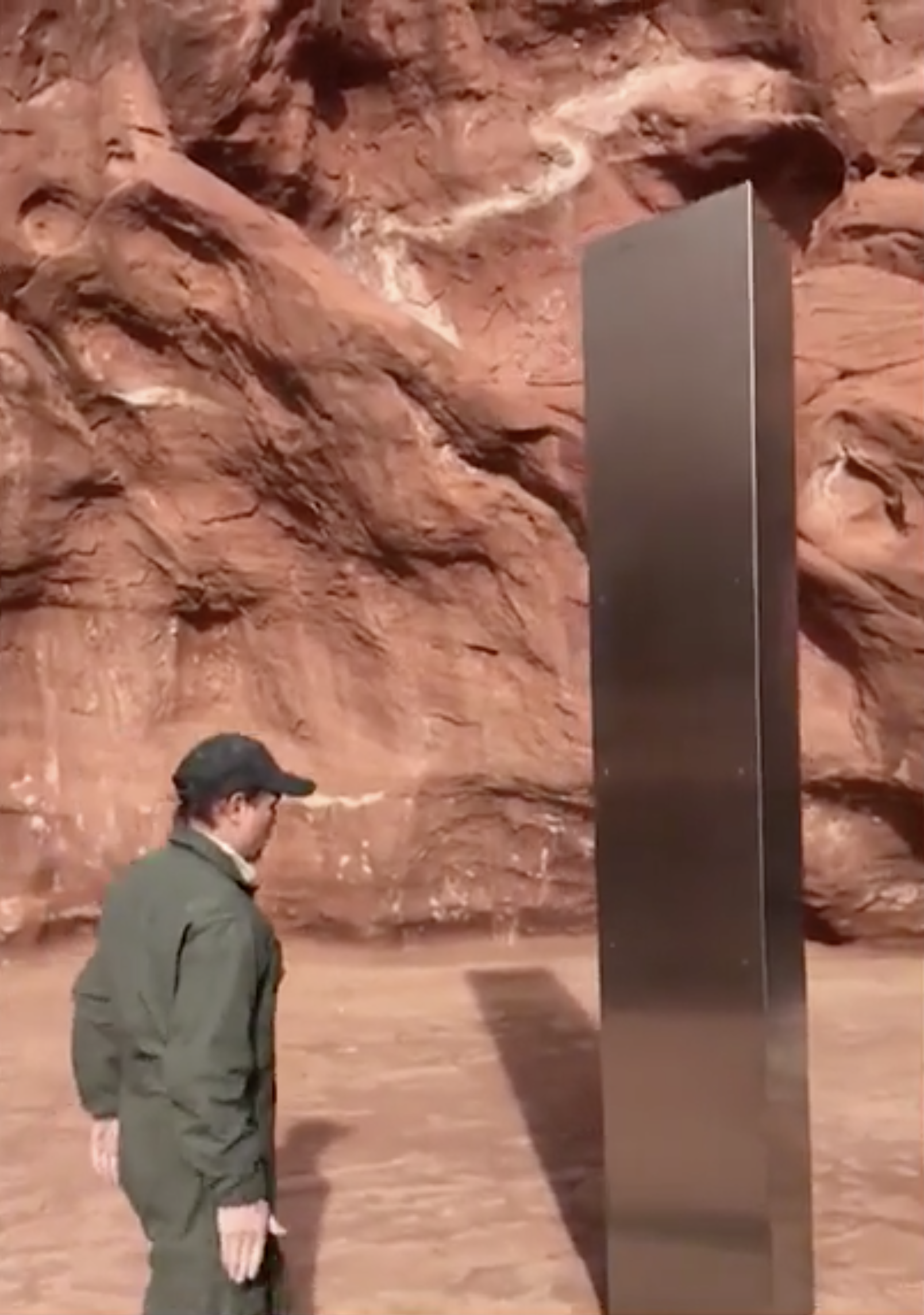 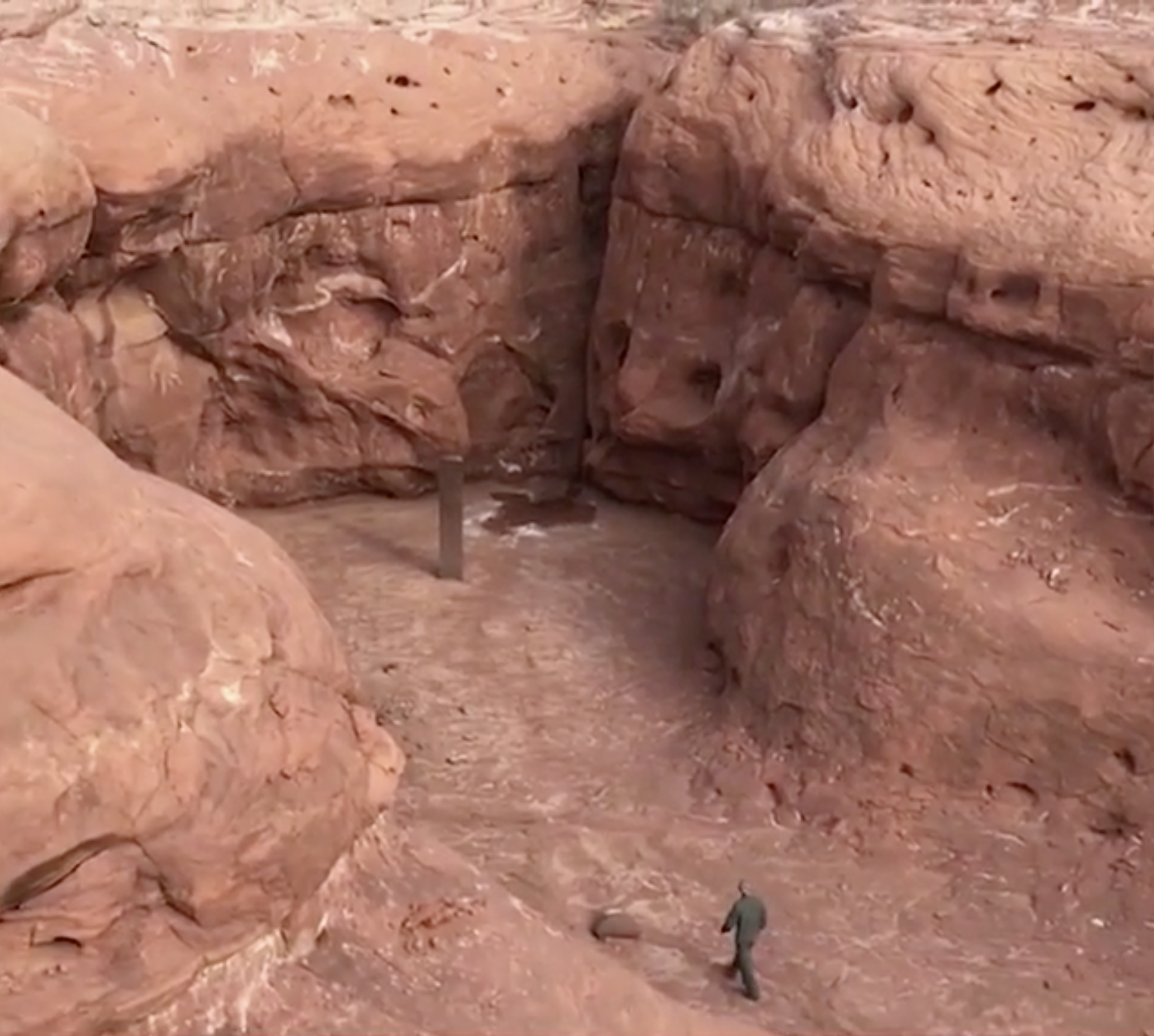 "One of the biologists is the one who spotted it and we just happened to fly directly over the top of it," said pilot Bret Hutchings, who flew the copter to help the Wildlife Resource officers count bighorn sheep in the area.

When they turned around, they couldn't believe what lay before them: a shiny metal monolith seemingly come out of the red solid ground.

"I'd say it’s probably between 10 and 12 feet-high," Hutchings estimated. 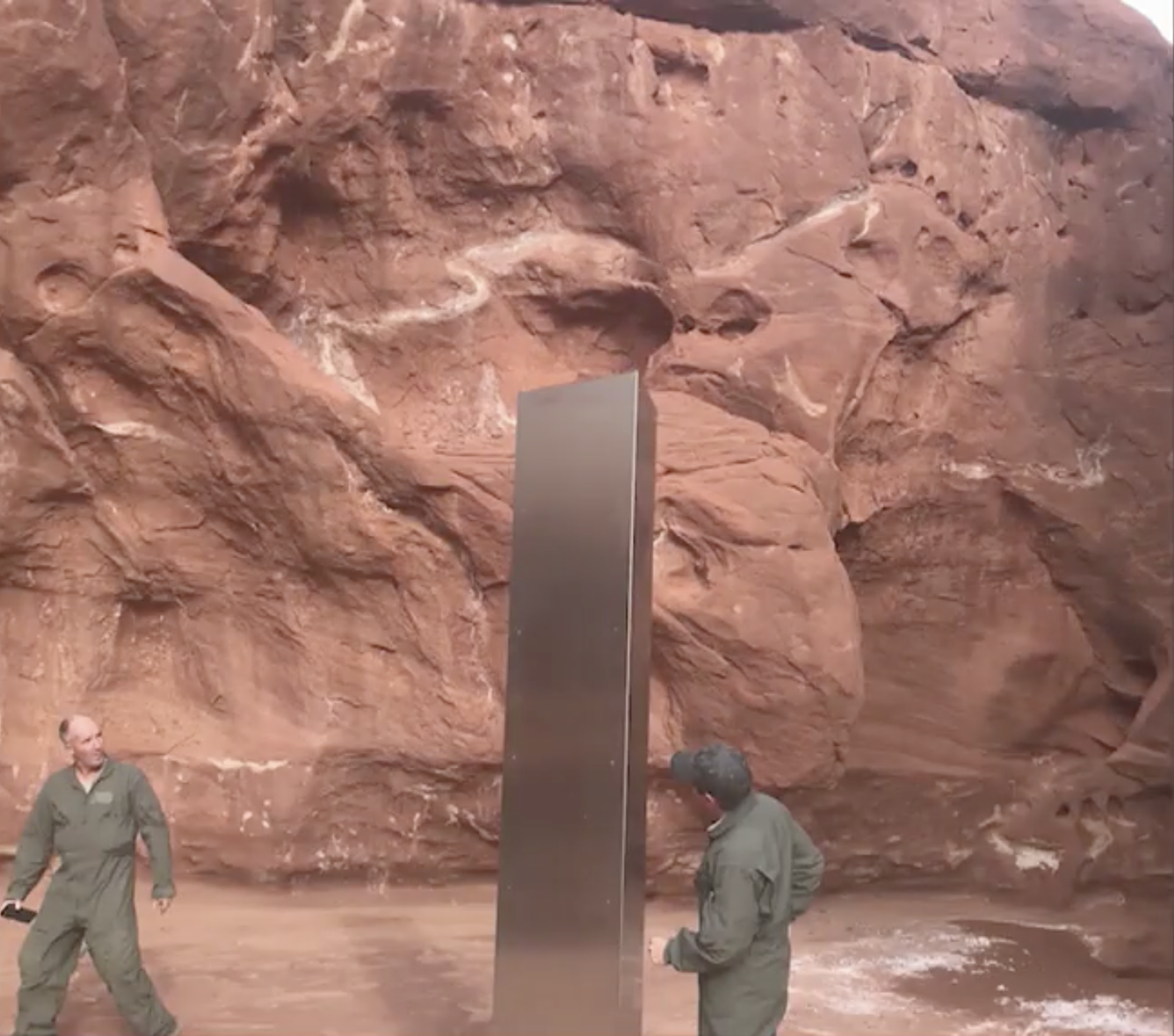 But the object sparked some eerie vibes – and lighthearted fun. "We were kind of joking around that if one of us suddenly disappears, then the rest of us make a run for it," Hutchings joked.

However, the theories soon arose between Hutchings and his fellow passengers, who marveled that it looked less like an object that fell from the sky and more like one firmly planted there.

"We were, like, thinking is this something NASA stuck up there or something," Hutchings theorized. "Are they bouncing satellites off it or something?"

But still, Hutchings and the crew gathered there wasn't any purpose to it, instead, it could be a reference to a specific scene in a famous movie.

"I'm assuming it’s some new wave artist or something or, you know, somebody that was a big [2001: A Space Odyssey] fan," Hutchings said.

Because Hutchings and the crew worried hikers might want to visit the monolith that's in an area not easily accessible, the location has been rather secretive.

Hutchings instead marveled at how many odd objects he's come to see while flying – and how this one tops them all.

"That's been about the strangest thing that I’ve come across out there in all my years of flying," Hutchings said.