Why could we suffer blackouts, what happens to hospitals and what about the vulnerable? As an uncertain winter looms, we answer the vital questions

Why are blackouts possible?

The UK relies on natural gas to generate around 40 per cent of its electricity. But gas supplies from abroad have been disrupted by the war in Ukraine. Russia has effectively shut off most of its supplies to the Continent in retaliation for the West’s sanctions. While the UK does not use much Russian energy, there are fears gas shortages elsewhere could affect imports, leaving the electricity grid facing a supply shortfall. The National Grid has said if supplies of natural gas run too low, three-hour blackouts could be introduced this winter. Five coal-fired power plants could also be switched back on.

What must I do in a blackout?

Appliances that should not be left unattended, such as irons, ovens, electric fires and fryers, should be turned off as they could pose a hazard if the power comes back on and no one is around. The Met Office also advises keeping fridges and freezers closed and covering them with a blanket in order to preserve their temperature. Other advice includes keeping a mobile phone charged in case it is needed for an emergency and checking on any vulnerable neighbours.

What about the vulnerable?

Pensioners, the disabled, people with health conditions and others considered vulnerable are eligible for the Priority Services Register, a free support service offered by energy firms and operators. They receive extra help including advance notice of power cuts as well as priority support in emergencies. Customers can apply by contacting their supplier. 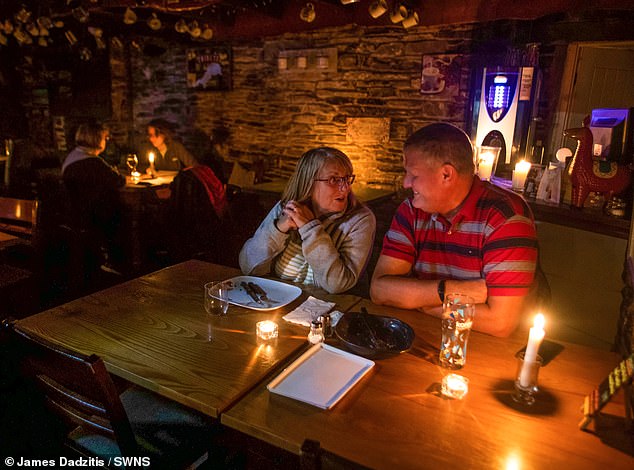 The National Grid has said if supplies of natural gas run too low, three-hour blackouts could be introduced this winter. Five coal-fired power plants could also be switched back on

Hospitals and other emergency services are among a list of ‘Protected Sites’ included in the Government’s Electricity Supply Emergency Code. Other services on the protected list include essential water and sewerage networks, military bases, communication services and food manufacturing and storage sites.

Why were there blackouts in the 1970s?

The blackouts of the 1970s were mostly caused by trade unions after industrial action by coal miners left supplies extremely low. In a bid to conserve energy, Ted Heath’s Conservative government was forced to introduce a three-day week for businesses, while TV companies including the BBC and ITV had to stop broadcasting at 10.30pm each night.

How can I get payments for using energy at night?

Under the ‘demand flexibility service’ scheme starting in November, households will be able to receive over £10 a day for using energy at off-peak times over the winter. But the scheme requires those who sign up to have a smart meter that transmits every 30 minutes.