The body of a 2-year-old Las Vegas boy who went missing a week ago has been found near his home, the Las Vegas Metropolitan Police said, according to reports.

Terrell Rhodes, 27, the boyfriend of Amari Nicholson’s mother, was arrested on Monday and has been charged in his death, FOX 5 in Las Vegas reported.

“He killed my baby,” the boy’s mother, Taylor Nicholson, told FOX 5 on Tuesday. “He just confessed.”

Rhodes had been watching Nicholson at the Emerald Suites on Paradise Road, about two blocks from the Strip, when he went missing on May 5. The three had an apartment at the complex, according to the Las Vegas Review-Journal. 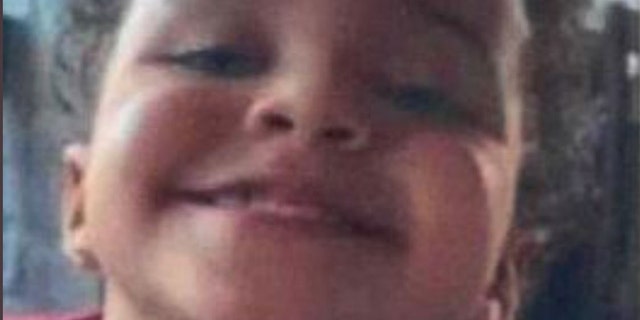 Amari Nicholson, 2, went missing on May 5. His body was found on Wednesday.
(LVMPD)

Rhodes appeared in court Wednesday, facing murder charges. He is being held at the Clark County Detention Center without bail, according to the Review-Journal.

Chief Deputy District Attorney Tim Fattig said in court Wednesday Rhodes had lied to officers for a week but then admitted he “hit the child numerous times, causing his death,” the Review-Journal reported. Fattig said Rhodes hid Nicholson’s body behind the apartment.

Nicholson’s cause of death has not been revealed.

His mother, who denied knowing about Rhodes’ alleged involvement in Nicholson’s death in a since-deleted Facebook post, has not been charged, the newspaper reported.

The toddler’s body was found in a parking lot near the back wall of the complex.

“The love from people though has been amazing,” Carrie Howard, the boy’s grandmother told the Review-Journal after watching a vigil Wednesday night through a video call from her home in Colorado. “It’s nice to know that we have so many prayers going up to Amari.”