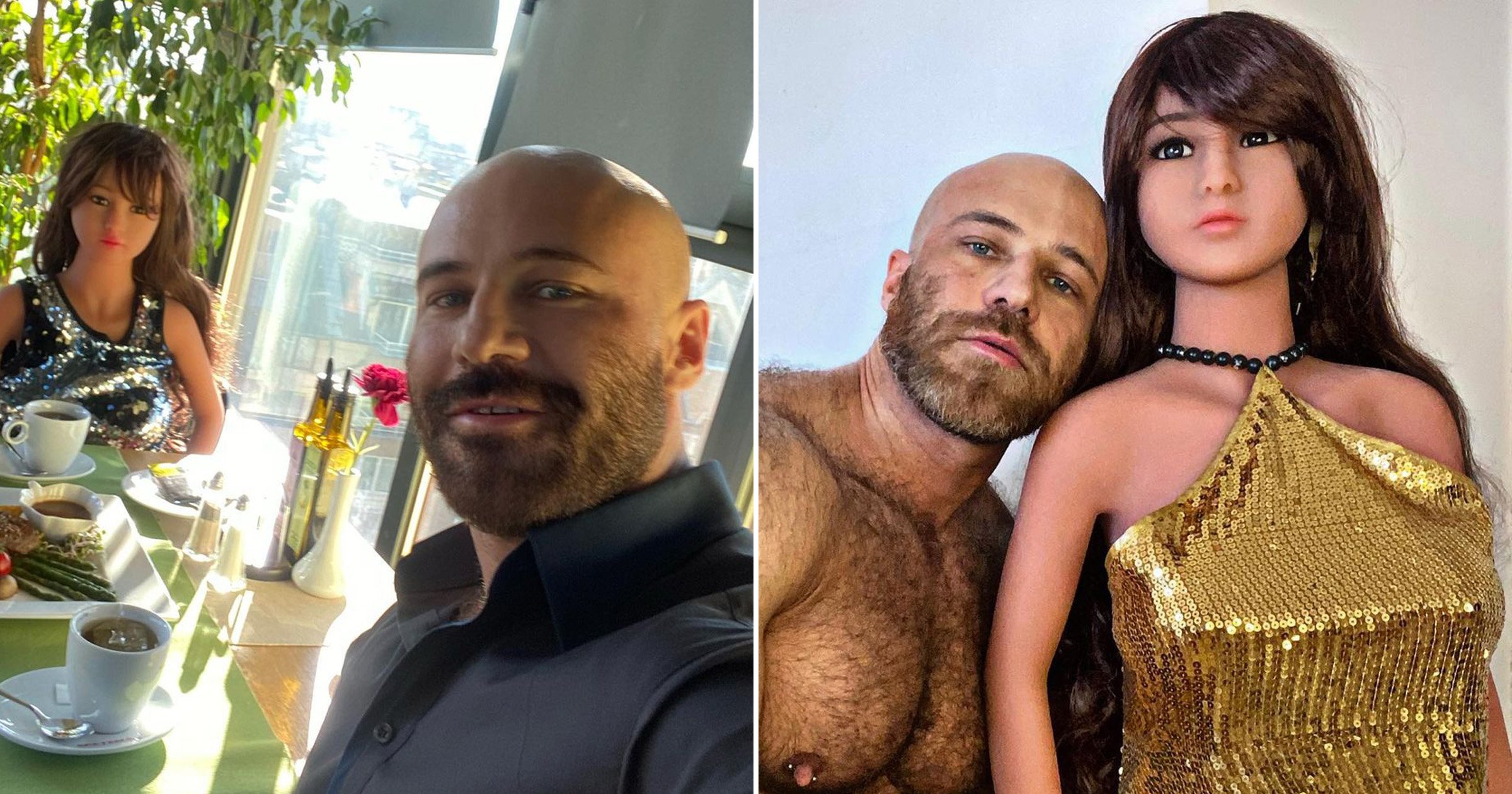 A bodybuilder was forced to replace his first wife – a busty sex doll with a short pink bob – just in time for a romantic getaway to Bulgaria.

Yuri Tolochko, from Kazakhstan, rose to fame last winter when he wed his plastic fiancée Margo after two years of dating.

Pictures shared on Instagram showed the doll wearing a wedding ring and dressed in a white lace gown, while Yuri wore a black tuxedo for the traditional ceremony, in his home country.

But, sadly, their relationship suffered a defeat not long after when Margo ‘broke’.

The 36-year-old surprised his more than 110,000 followers on Instagram with the reveal of his new partner Luna – another sex doll – in August.

Intimate photos from their lavish trip to Bulgaria show the couple having lunch at a restaurant in the country’s capital, Sofia.

The bodybuilder also showed what the preparations for their flight entailed as he wrapped Luna’s head in bubble wrap and placed it in a plastic travel box.

Yuri said: ‘Me and Luna are going on a trip. This time, for some reason, the airline did not allow Luna to fly with me in the aircraft cabin.

‘Therefore, we will fly each separately. We are already in airport. I did not get the chance to enjoy a honeymoon with Luna until now.

‘We never had a honeymoon. It was with Margo, but it was not with Luna. This is our trip to Bulgaria though businesslike, but now we feel complete romance. We can say that now is our honeymoon.

‘The pandemic changed everyone’s plans massively so when the chance came to go to Bulgaria for work, I was happy I could take Luna.’

In addition, he revealed that the couple travelled to the country to appear in a major TV show, however, he kept the name of it secret.

The bodybuilder, who identifies as pansexual, describes himself as a ‘blogger’ and ‘sexy maniac’ in his Instagram bio, and his relationships with different sex dolls has long fascinated his followers.

Speaking about his love life on The Dating Show, he was asked if he could see himself ever being in a relationship with a real person again.

He said: ‘I was in a real relationship in the past, about seven years.

‘It’s interesting and important for me, and in the future maybe I will have a real person, but it’s important that she or he likes my dolls too.’