At least one naval officer killed as armed group seizes trove of weapons from two bases near Nigerian border with Chad. 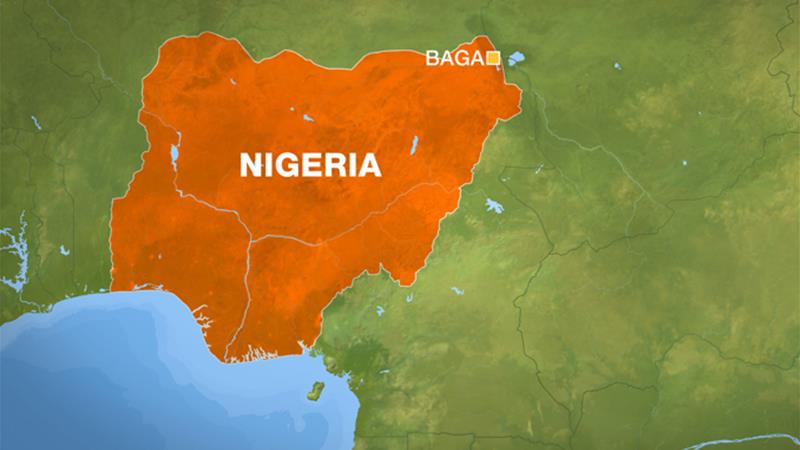 Nigerian authorities reported on Thursday that the fighters overran the multinational joint task force post (MNJTF) which lies in the fishing town of Baga, less than 10km from the Nigerian-Chad border, and sacked a naval base in Mile 3, some 5km from Baga.

A military source who asked not to be identified told the AFP news agency that Nigerian troops were “overpowered and forced to withdraw,” adding that “the terrorists carted away gun trucks, ammunition and multiple rocket launchers from the base.”

According to the source, the fighters from Boko Haram, who have repeatedly struck military outposts in the region in recent months, stormed Baga in several vehicles.

Troops from the two bases withdrew to another naval base at Fish Dam on the shores of Lake Chad, the military source said, adding that they decided not to pursue them to avoid running into an ambush, a strategy Boko Haram often employs against the military.

“The troops along with their Nigerian Navy counterparts put up a very determined fight” all night, he said, adding that “the Nigerian Air Force component has also been mobilised and are engaging the fleeing terrorists.”

“The fighters have surrounded Baga town for a number of hours, some are talking about 24 hours, and the battle is ongoing in that area. The army can only confirm that ‘yes, there’s been some fighting, but it has not lost control of this town of Baga’, which is a fishing community.

“Some residents who have fled the town are saying that Boko Haram fighters were deep inside the town. One particular resident was saying that they even led morning prayers this morning in Baga town.

“But the military is not giving many details, only confirming that one personnel was killed, and that they are on a search and rescue in certain areas, an indication that probably some of their soldiers have been dispersed by Boko Haram.

“We were told by a military source that operations in that area are ongoing.”

In January 2015, Boko Haram overran the same MNJTF base and took control of Baga town.

Idris described those events as “one of the worst Boko Haram massacres in Nigeria.”

“Boko Haram fighters overran that same military base, the multinational joint task force,” he said.”They took over arms and ammunition from that area and massacred more than 1,000 civilians.”

Since Boko Haram launched its campaign in northeast Nigeria in 2009, the armed group has killed at least 27,000 people and forced more than two million to flee their homes.

Nigeria’s military has been fighting the group since then and despite the government’s insistence that it is near defeat, northern Nigeria is still beleaguered by heavy fighting.

Over the years, Boko Haram, which wants to form a breakaway state, has kidnapped thousands of adults and children.

Boko Haram attacks are a major issue for President Muhammadu Buhari as he seeks a second term in the upcoming election in February.

After a recent series of deadly attacks on Nigeria’s military, Buhari and other officials have warned that the group has begun using drones as part of a resurgence.