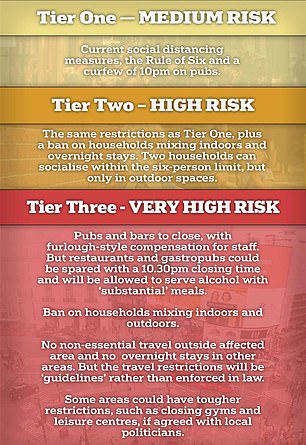 The new three tier system is being introduced

Boris Johnson faced a growing Tory backlash against his three-tier coronavirus approach as he braced himself for a House of Commons vote today.

The Prime Minister was accused of ignoring local government on the imposition of the new system and firing off ‘a constant blizzard of arbitrary rules’.

Senior Conservative Party members rounded on Mr Johnson, with one fearing the strict lockdown in Liverpool meant ‘how can we object if they come for us next?’

Meanwhile Tory MP Philip Davies told Mr Johnson to ‘put his trust in the British people to act responsibly’ instead of ‘a constant blizzard of arbitrary rules which will only serve to collapse the economy and destroy businesses and jobs’. 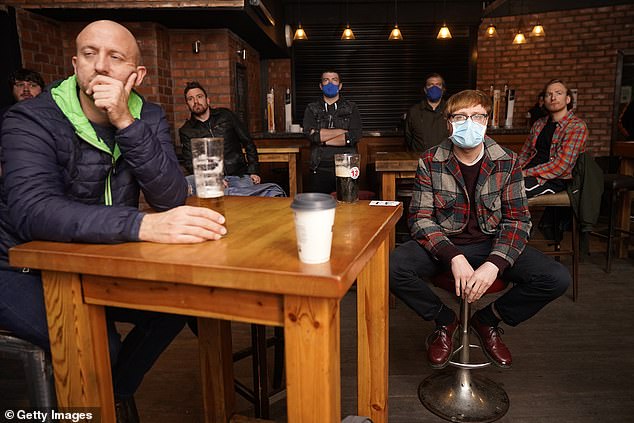 Alec Shelbrooke, Conservative MP for Tier Two-designated Elmet and Rothwell, said he would vote for the restrictions but told MailOnline he would welcome clarity on some areas.

He said: ‘If I am sat in a pub and am two metres apart from everybody and a constituent comes across to ask me a question – am I going to be breaking the law if I speak to him?

‘I think the rules can be too simplistic at times. I understand this stuff has to be done to protect people but I think in a pub situation people will come and talk to each other.’

West Midlands Conservative mayor Andy Street said he was ‘disappointed’ the region had been put into the second tier, claiming that the Government had ignored the views of local leaders. 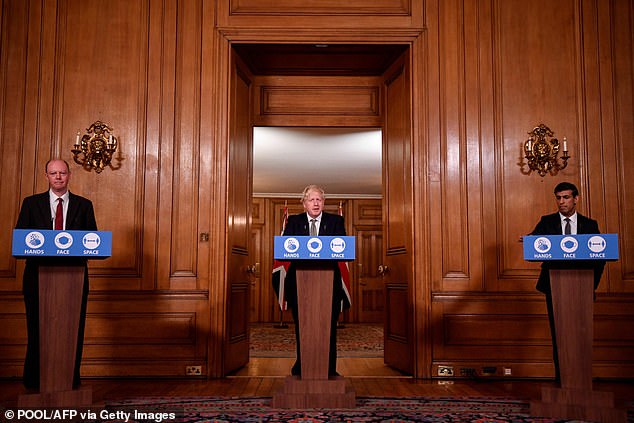 And in the Commons Mr Johnson, 56, was faced with repeated pleas for the 10pm curfew to be reviewed and to trust people to exercise their own common sense.

Mr Street – a former top business boss – said: ‘Many citizens and businesses across the region will be disappointed to hear that the majority of the urban West Midlands will now be moving into the Government’s new ‘High’ tier, and as a consequence will have stricter measures imposed.

‘This is not something regional leaders supported, nor what I believed would be happening following extensive conversations over recent days.

‘The region was united, cross-party, in supporting the existing restrictions. We believed continuing these would have been the right call to protect both people’s lives and livelihoods. ‘The vast majority of people across the region have been superb in helping stop the spread of coronavirus in recent months. 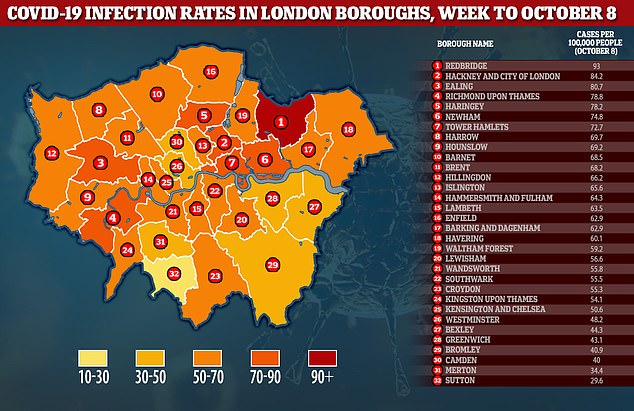 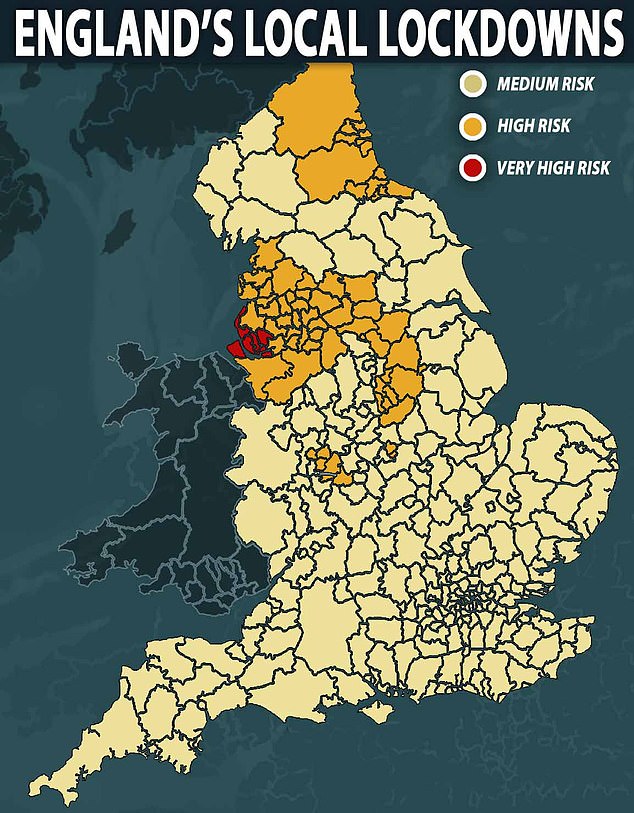 ‘This phenomenal effort under the current restrictions is slowing the rise of infections across the region, and also causing the rate to stabilise in some areas. Overall our relative position in the UK is much improved.

‘The most important change between our current restrictions and the new ones announced today is the ban on households mixing in hospitality venues.

‘This is something the latest local epidemiology does not support, and I am disappointed that the Government is pressing ahead with this despite the united view of local leaders.’

Mr Johnson insisted the measures were kept ‘under constant review’.

Another senior Conservative predicted that more could protest against the plans for new-style local lockdowns in England when they are put to a House of Commons vote on Tuesday.

They told the FT: ‘If we support Liverpool being shut down, how can we object if they come for us next?’