BORIS Johnson brushed off a wave of brutal personal attacks on TV last night as he urged Brits to dream big and back a Brexit.

In the most vicious televised clashes of the campaign so far he came under fire from a Tory Cabinet minister and the leader of the SNP.

The Tory MP suffered relentless barbs about his No10 ambitions while telling voters to grab the chance to break free from EU shackles.

In a three-versus-three EU debate, Remain campaigners Nicola Sturgeon, Angela Eagle and Amber Rudd ganged up on BoJo by suggesting he was only campaigning for Out to land the top job.

Energy Secretary Amber Rudd jibed he was the life and soul of the party but 'not the man you want to drive you home at the end of the evening'.

Ms Rudd reeled off Government lines of attack on the economy and shouted: “I fear the only number Boris is interested in is Number 10.”

Labour’s Ms Eagle said Mr Johnson was happy for Brits to lose their jobs as long as it gave him a shot at replacing David Cameron.

And Scottish First Minister Ms Sturgeon said the idea of Boris as PM was a “pretty horrifying prospect”.

But he blasted back at the Gang of Three, warning against the “great temptation” of personal jibes.

He said it was important to stick to the issues and insisted voting for Brexit would mean the government could reclaim control over immigration and have up to £350million a week more to spend on the NHS. 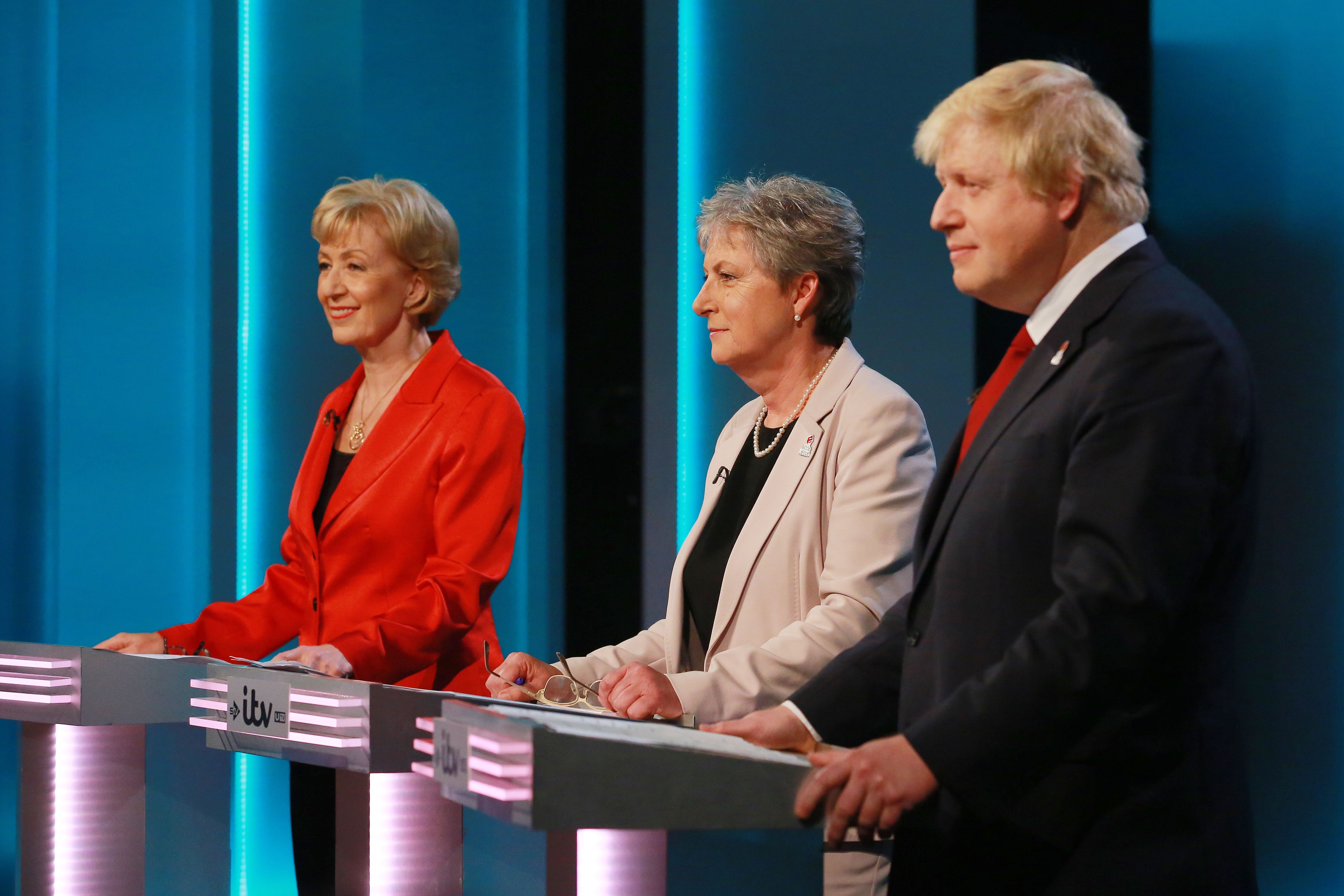 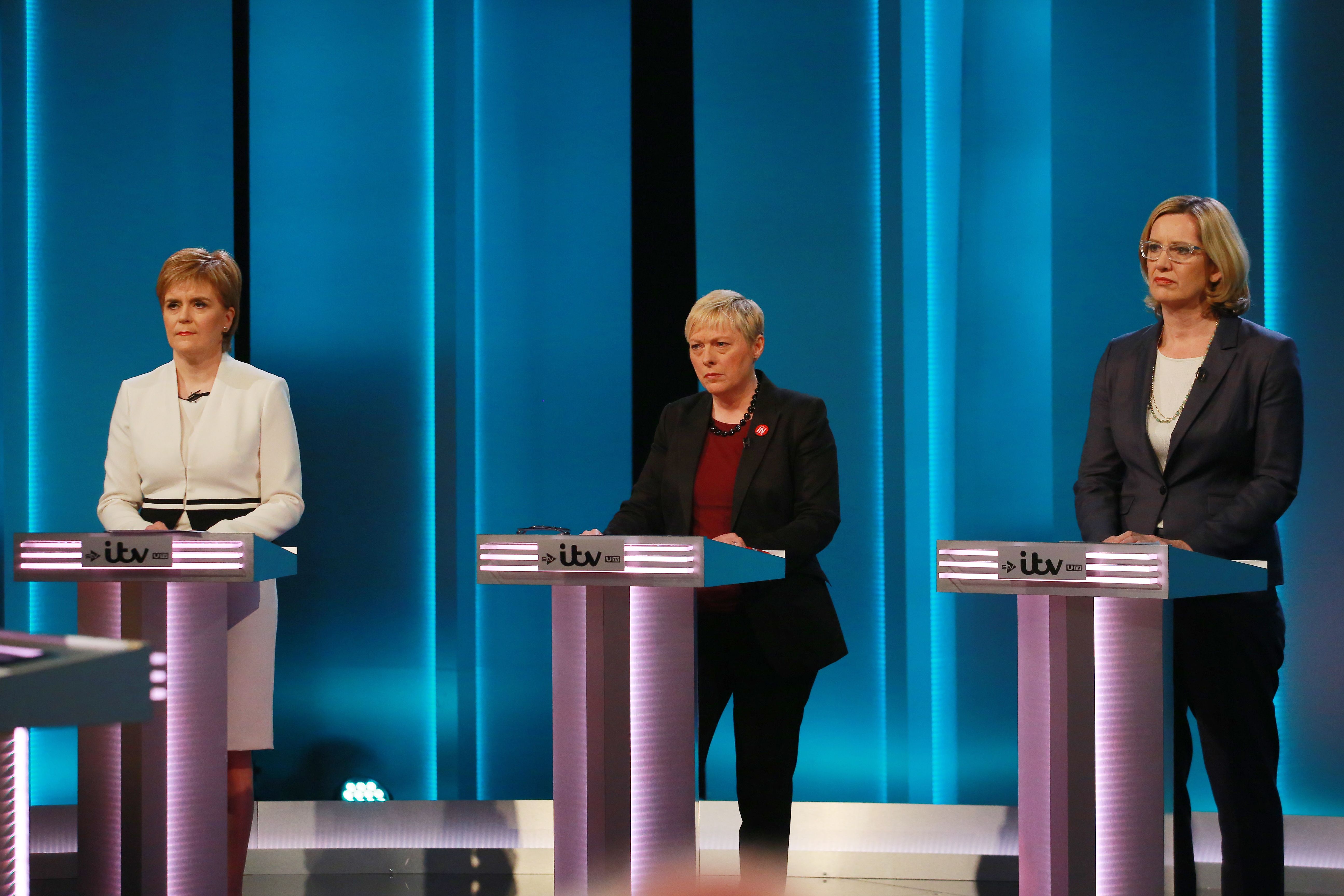 Sparking laughter in the audience, he said: “There’s a member of that panel who has complained about miserable, negative and fear-based campaigning by Remain. That was Nicola Sturgeon. I agree with Nicola!”

The nastiest debate of the campaign so far erupted as members of the ITV  audience asked for reassurance over immigration and the economy if ­Britain votes Out on June 23.

But flanked by Energy Minister Andrea Leadsom and Labour’s German-born Gisela Stuart, Boris fought back to argue Britain had to win back control of its own affairs   instead of complying with “every jot and tittle” of EU regulation.

He said: “We have a historic choice. To remain locked in an EU ruled by an unelected elite indifferent to the suffering their polices are causing.

“Or to take back control of our immigration in a balanced way, of our economy and our democracy.” 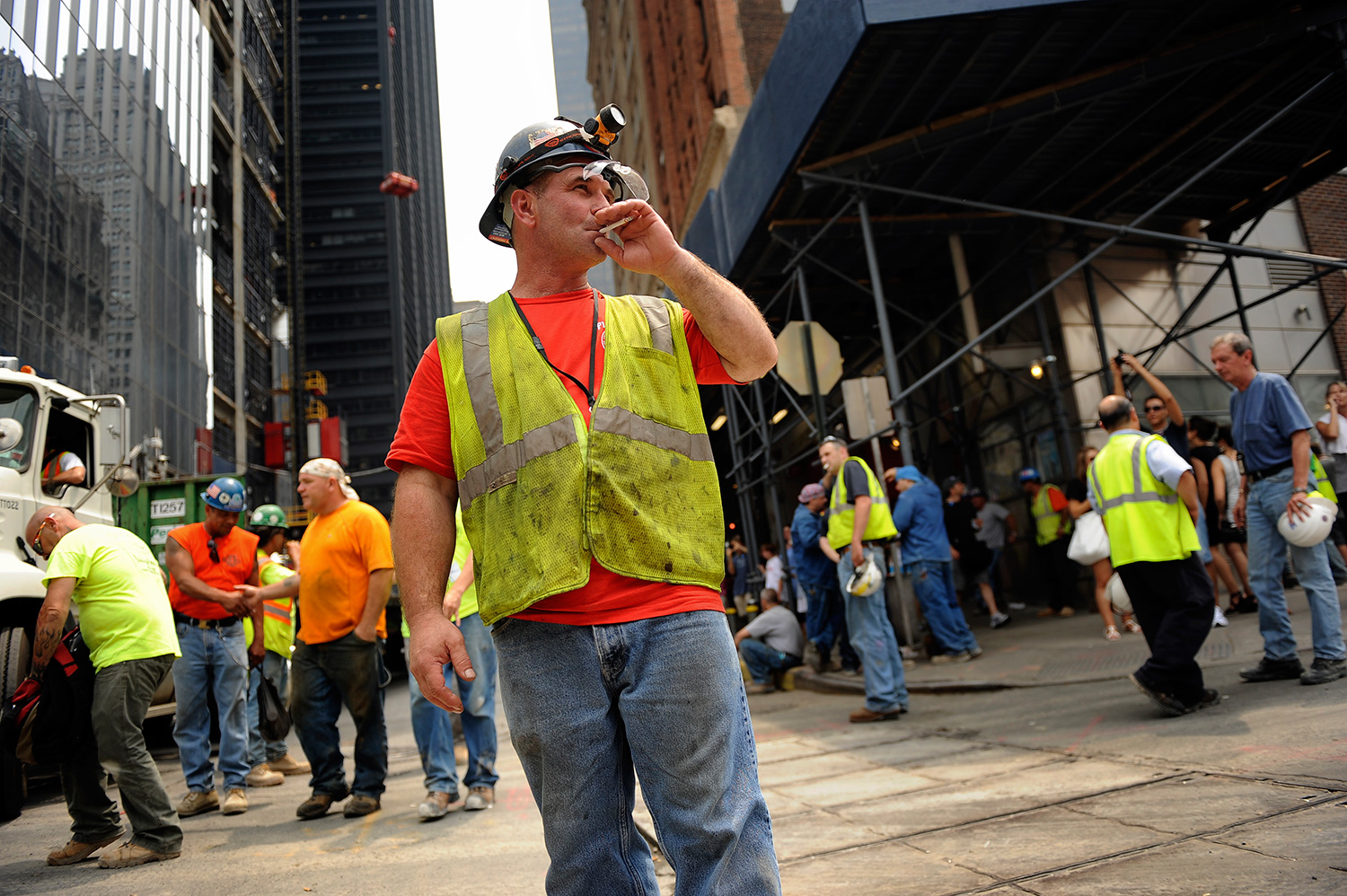 Mann of the people 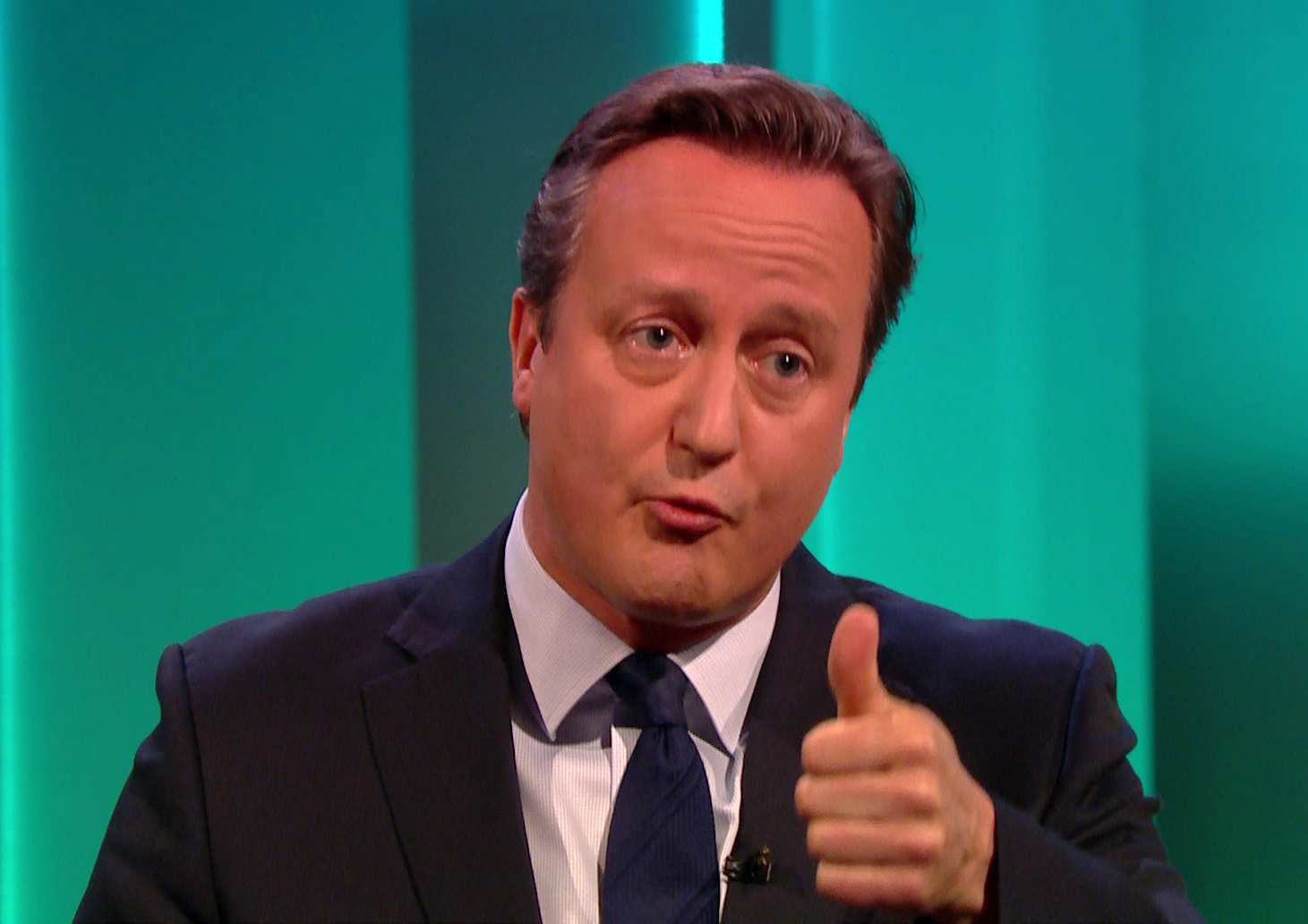 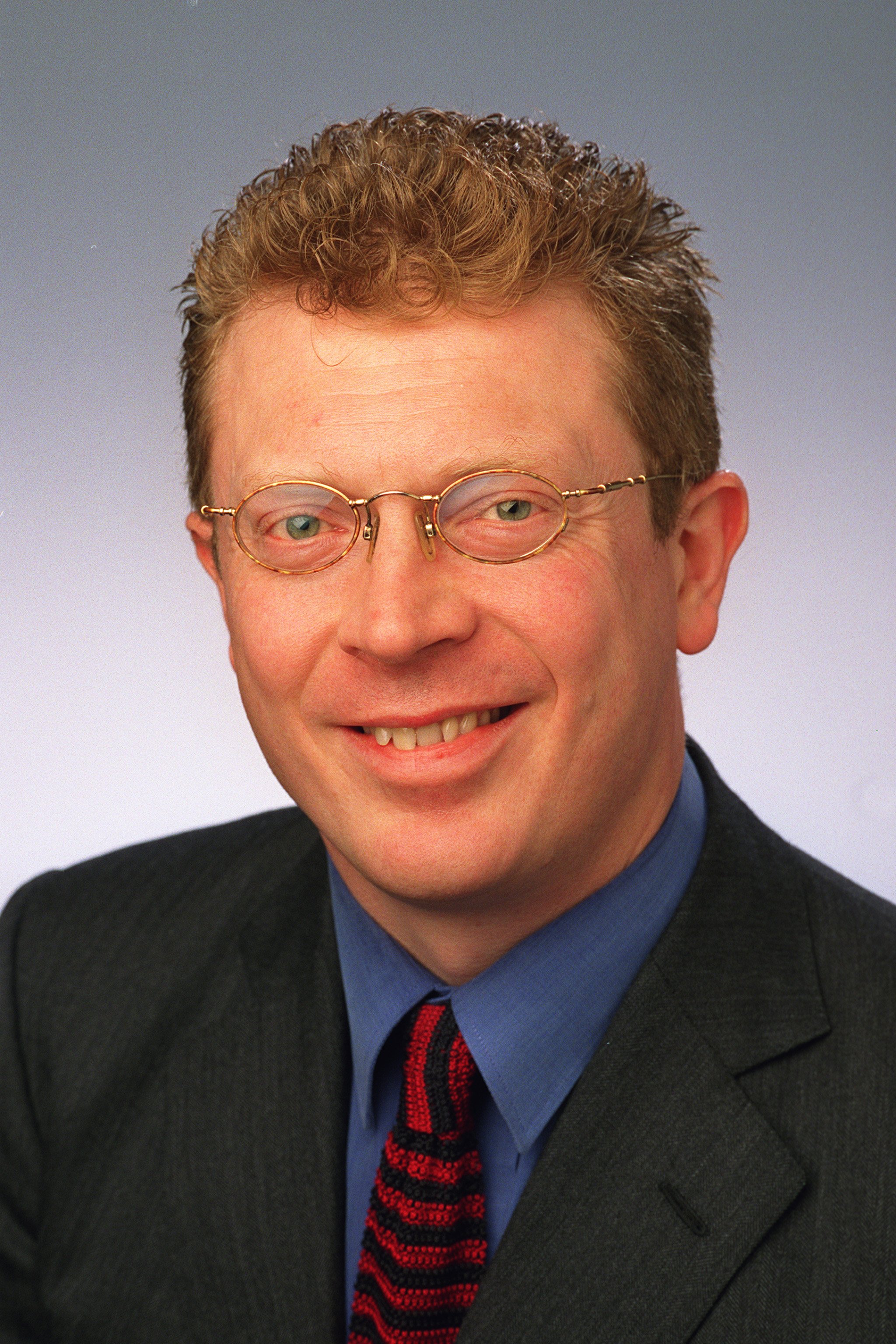 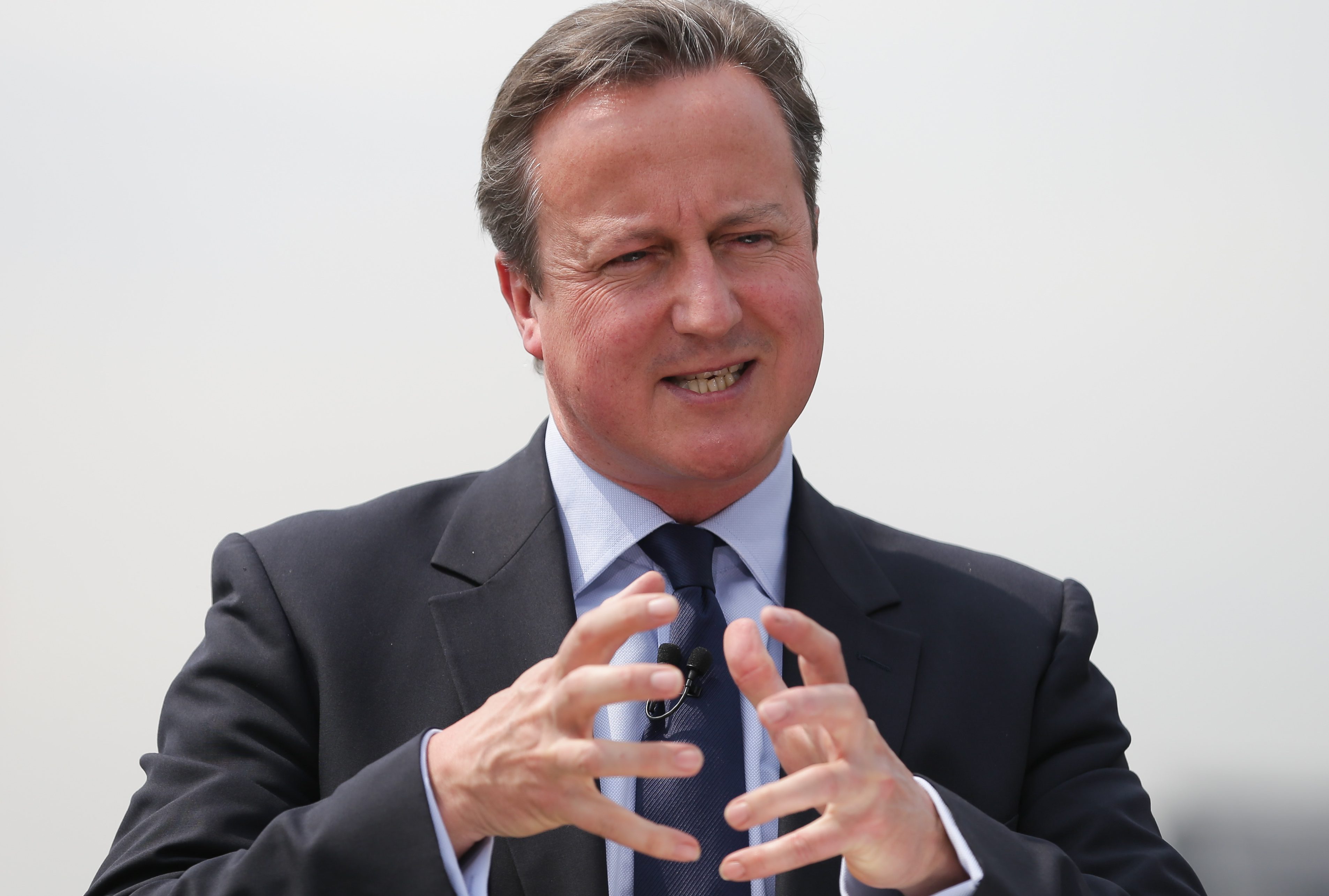 He said that since 1993, exports of goods from 27 countries outside  the EU had grown at a faster rate than those of the UK.

Ms Stuart said: “What we will not be part of is a sclerotic creature that had a noble idea in the 1950s that demands supremacy of its laws.”

The Brexit camp insisted leaving the EU would help save Britain £10billion for investment in the NHS and public services, sparking outcry from the Remain politicians. 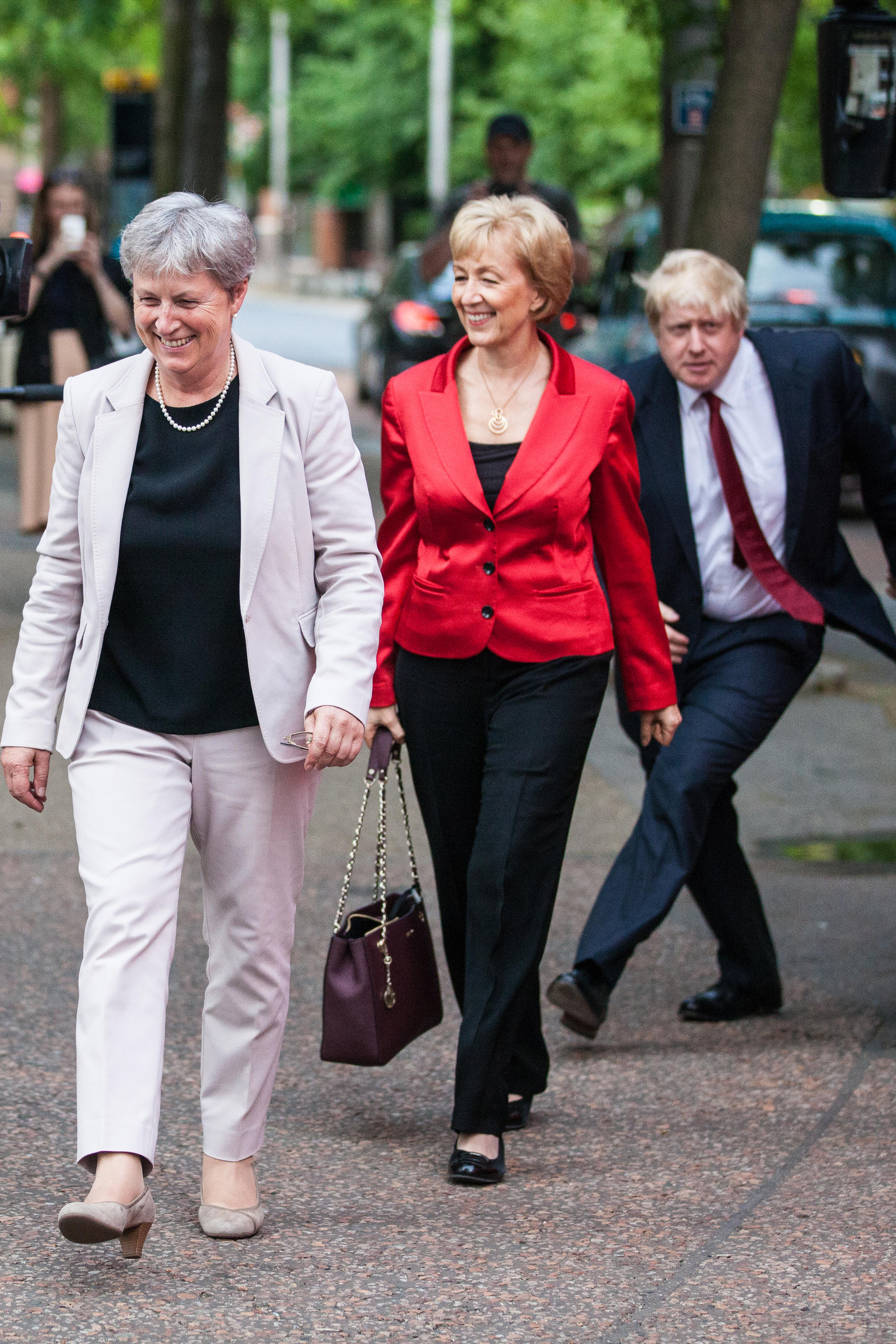 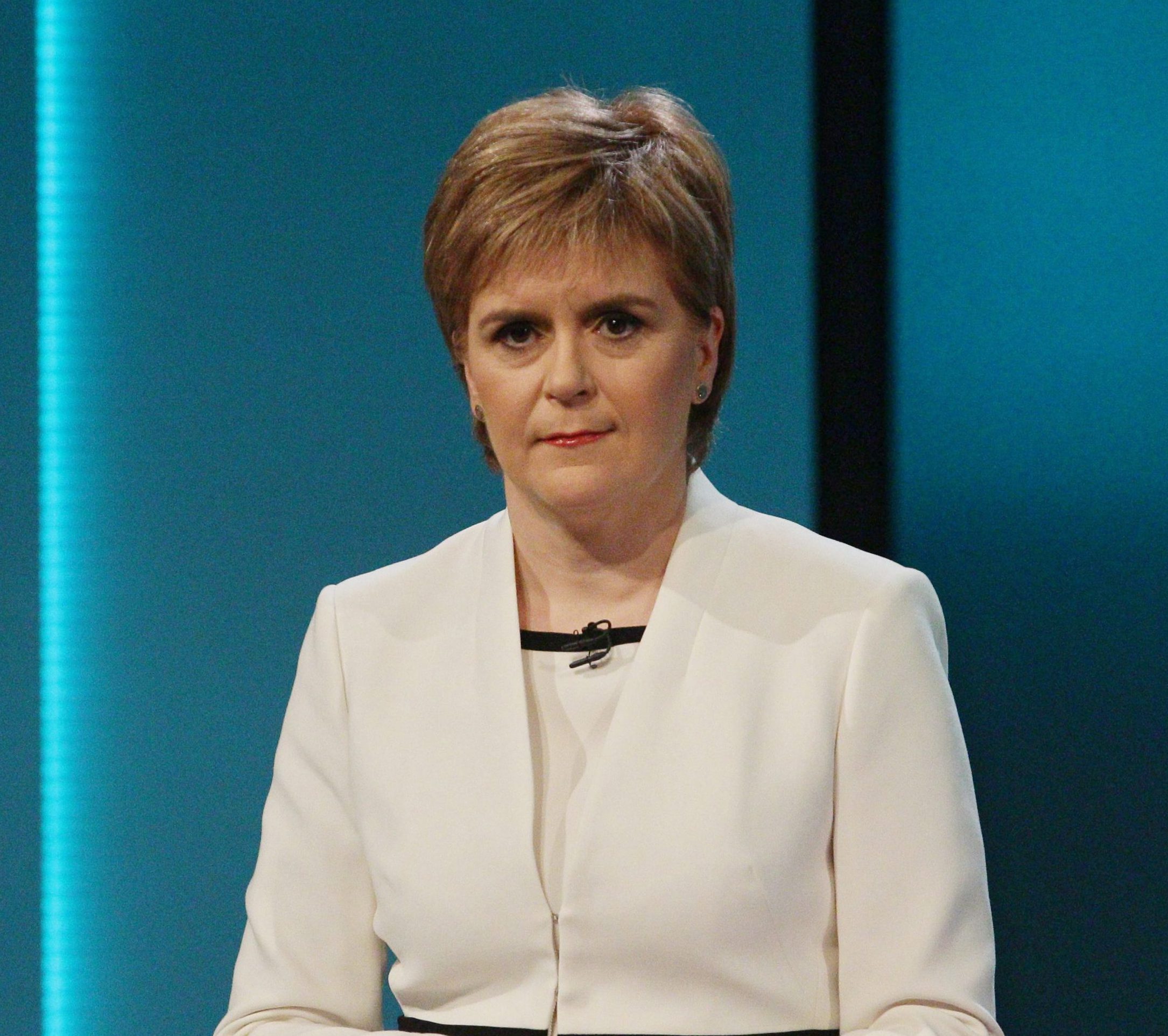 Ms  Eagle insisted the Vote Leave slogan, that leaving the EU would save £350million a week, was wrong, shouting: “Get that lie off your bus!”

SNP chief Ms Sturgeon called it a “whopper” of a lie. 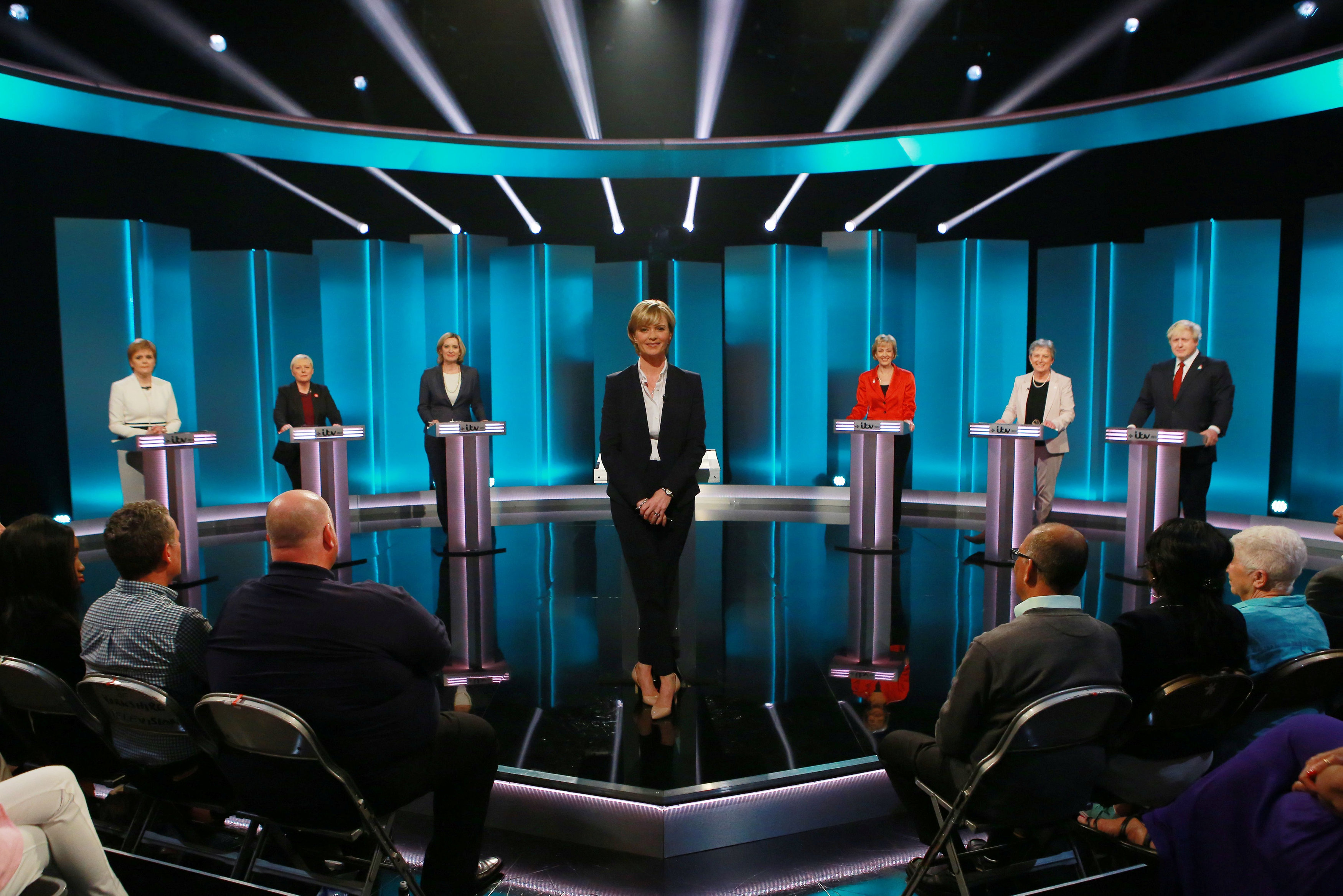 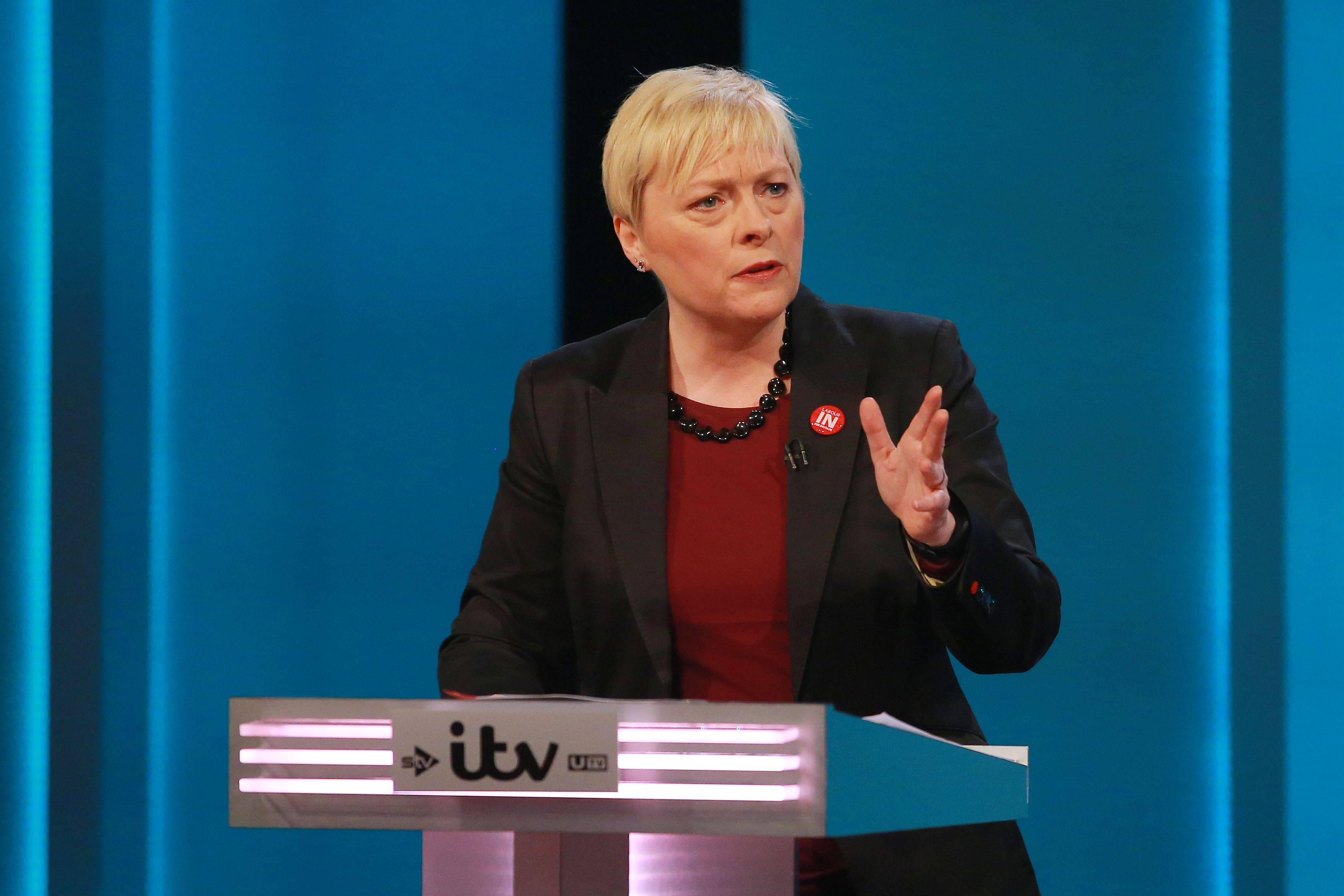 And she insisted Britain could still guard its independence  while choosing to co-operate as part of the EU for the “benefit of all”.

Ms Leadsom steamed back, insisting: “What we are hearing from Nicola Sturgeon is that we should stay in the EU so it can overrule a democratically elected Government — and then do what she wants it to do.”

‘LOWEST OF THE LOW’ RAGE 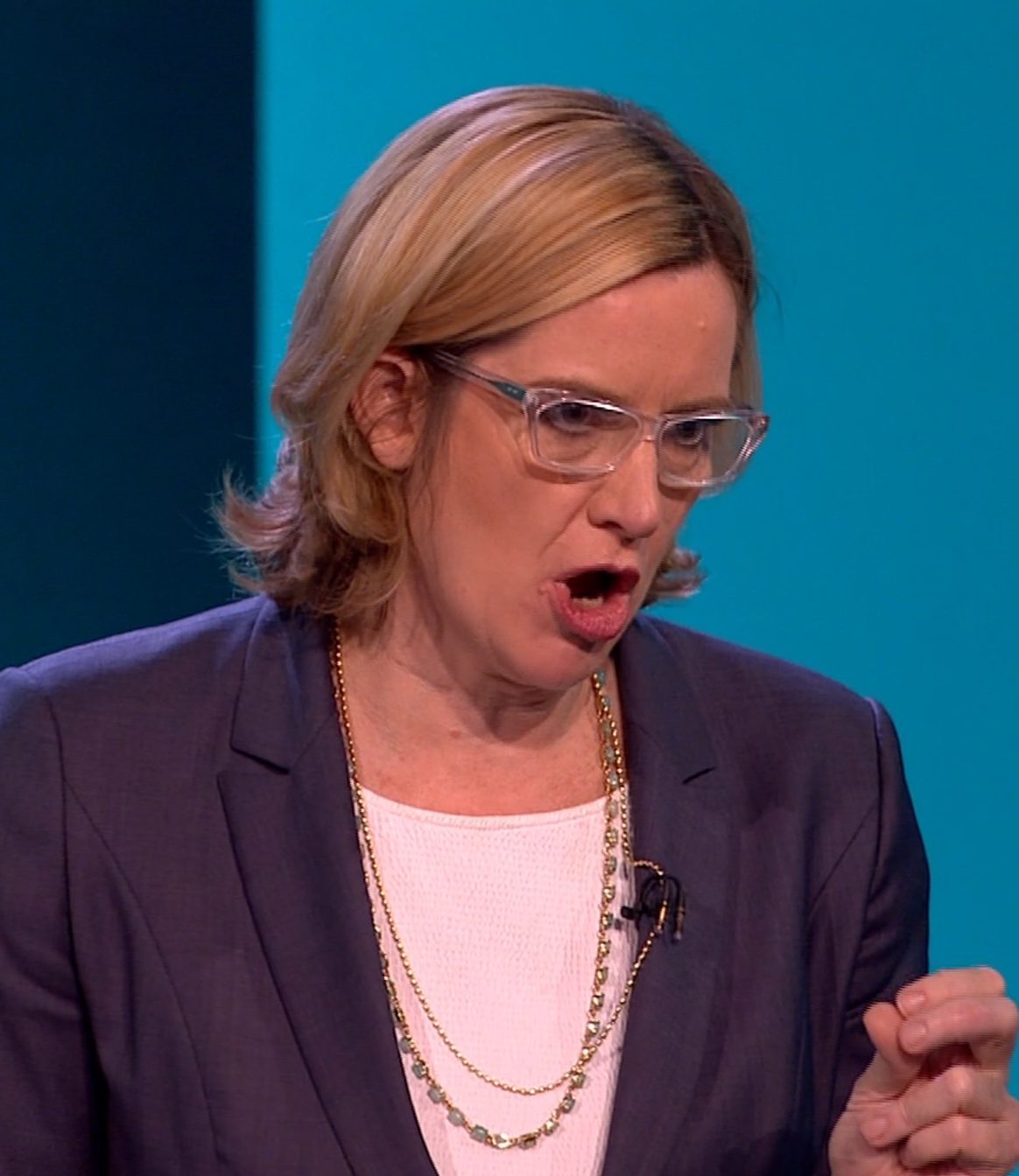 ENERGY SECRETARY Amber Rudd was branded the “lowest of the low” by her own Deputy in an astonishing Blue on Blue EU row last night.

Brexit-campaigner Andrea Leadsom, Minister of State of Energy, erupted after her boss said Brits should judge the Vote Leave campaign by the “company they keep” – Nigel Farage.

She stormed: “When we talk about Nigel Farage do you think he is going to be a champion for women’s rights? Was it him or another one who said women should wash behind the back of the fridge?”

Andrea Leadsom snapped back immediately: “This really is the lowest of the low. We are trying to give viewers sensible information here.”