THIS was when it all went wrong last time.

The Tory manifesto in 2017 derailed their election campaign and sent their poll rating tumbling. 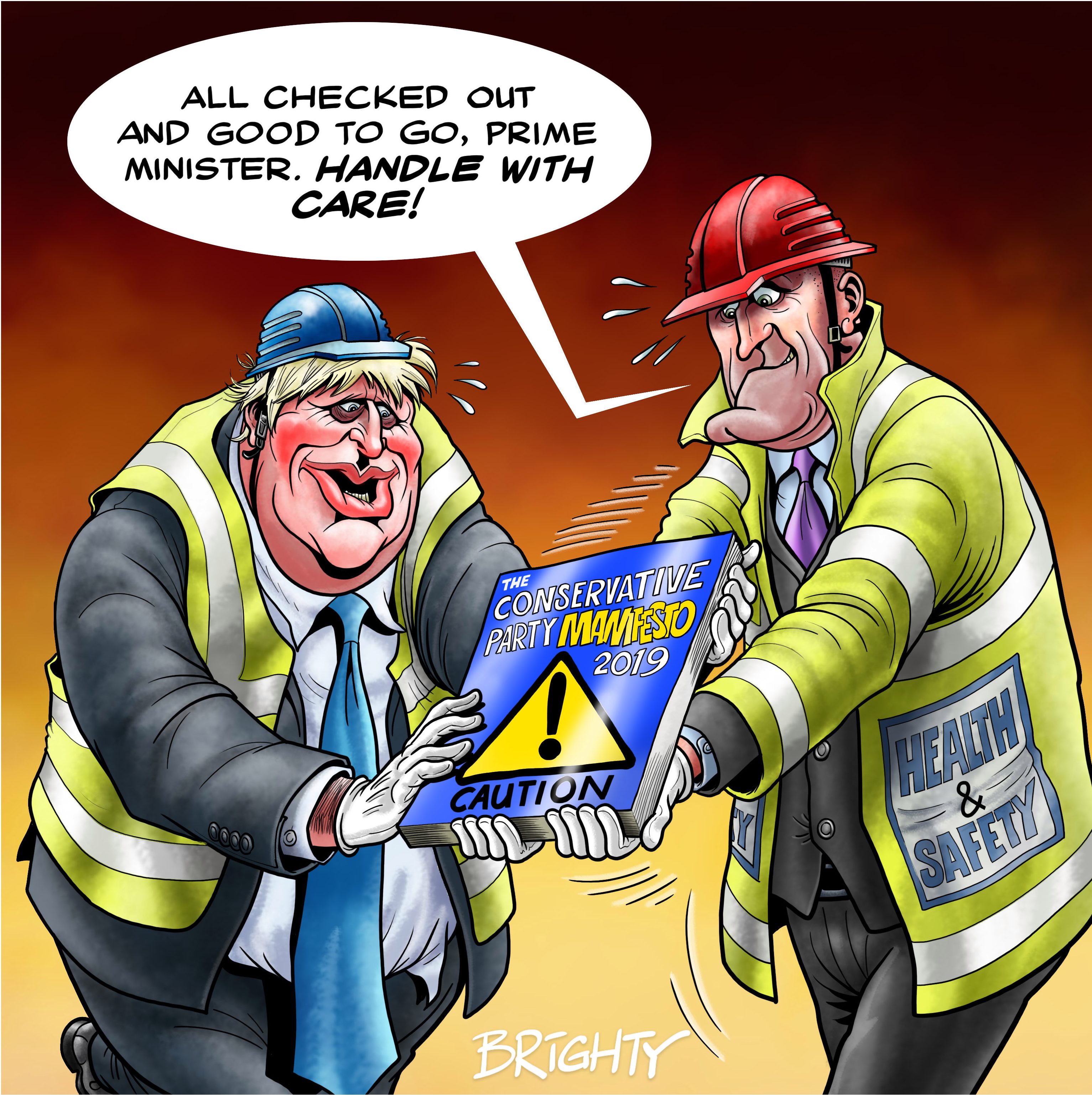 The document was a total turkey. Its signature policy, the so-called dementia tax, cost Theresa May her majority.

The Tories are utterly determined to AVOID A REPEAT of that. The manifesto, which will be launched tomorrow in the key electoral battleground of the Midlands, will be as cautious as 2017 was bold.

I understand the Tories have had teams of people reading it to check there is nothing in it that will blow up in their faces. “If in doubt, take it out” is the unofficial motto.

One of the many problems with the 2017 Tory manifesto was that it failed to understand the shift in the public’s mood when it came to austerity. This manifesto gets that change.

I understand it will bring back a version of the nurses’ bursary, which helped with the costs of training to be a nurse, that George Osborne abolished in 2015. This was widely regarded by the public as a cut too far.

The Tories hope that A MAINTENANCE GRANT FOR NURSES will show both their commitment to the health service and their pragmatism.

The abolition of the nurses’ bursary has been blamed for a shortfall in the number of people training to be a nurse. One senior campaign source is unapologetic about unpicking decisions made while the Tories have been in power. This source tells me: “We are not defending everything the previous government did.”

Another of those involved in drawing up the policy says of Boris Johnson: “He can reverse things other Tories wouldn’t be able to.”

One of Boris Johnson’s great successes in this campaign has been to make it about his record as Prime Minister in the past 100-odd days and what he wants to do next, rather than a vote on the past nine years.

The Tories also want to show that they are dealing with unfairness in the current system.

I am told the manifesto will contain a commitment to go ahead with a digital services tax. This is designed to hit big technology companies such as Google, Amazon and Facebook, which make BILLIONS IN SALES here but only pay a TINY AMOUNT IN TAX.

Another manifesto commitment is to review entrepreneurs’ relief, with the aim of massively tightening up the criteria for it. This is a tax break that allows people to pay capital gains tax at ten per cent, half the normal rate, if they set up the business they are selling.

Half of all capital gains on peoples’ investments since 2012 have qualified for this relief, suggesting the current rules are far too lax.

This clamping-down on rules that benefit the already wealthy and raising the National Insurance threshold to £9,500 are designed to demonstrate the Tories’ values under Boris Johnson. Their priorities for tax cuts will be those at the bottom and they will get rid of exemptions that only benefit the “haves”.

It is meant to show that while the Tories might not want to blow up the whole system, as Jeremy Corbyn and John McDonnell do, they understand what needs fixing.

The Tories’ first priority with this manifesto is to avoid creating negative headlines.

This cautious approach means it risks being a bit bland. But it contains the ingredients for the blue-collar conservatism that would define a majority Boris Johnson government.

Good reason to go out in the cold

THERE is an enthusiasm deficit in this election. Voters aren’t pumped up about the prospect of going to the polling station in the cold on December 12.

But there is something that really will motivate those voters Boris Johnson needs to turn out: The prospect of Brexit happening and this country moving on.

Voters are acutely aware that Parliament has done very little these past two and a half years, that all the energies of the last House of Commons were taken up by Brexit.

The prospect of breaking that deadlock and allowing the UK to take off the handbrake fires up voters.
In the final two and a half weeks of the campaign, the Tories need to make clear that if they don’t win a majority, next year is going to be even more dominated by Brexit than the past three.

THE strategy behind Labour’s manifesto is clear.

At the last election they got a big boost out of a pretty radical manifesto. So if their manifesto this time around is twice as radical, they will get twice the poll surge. 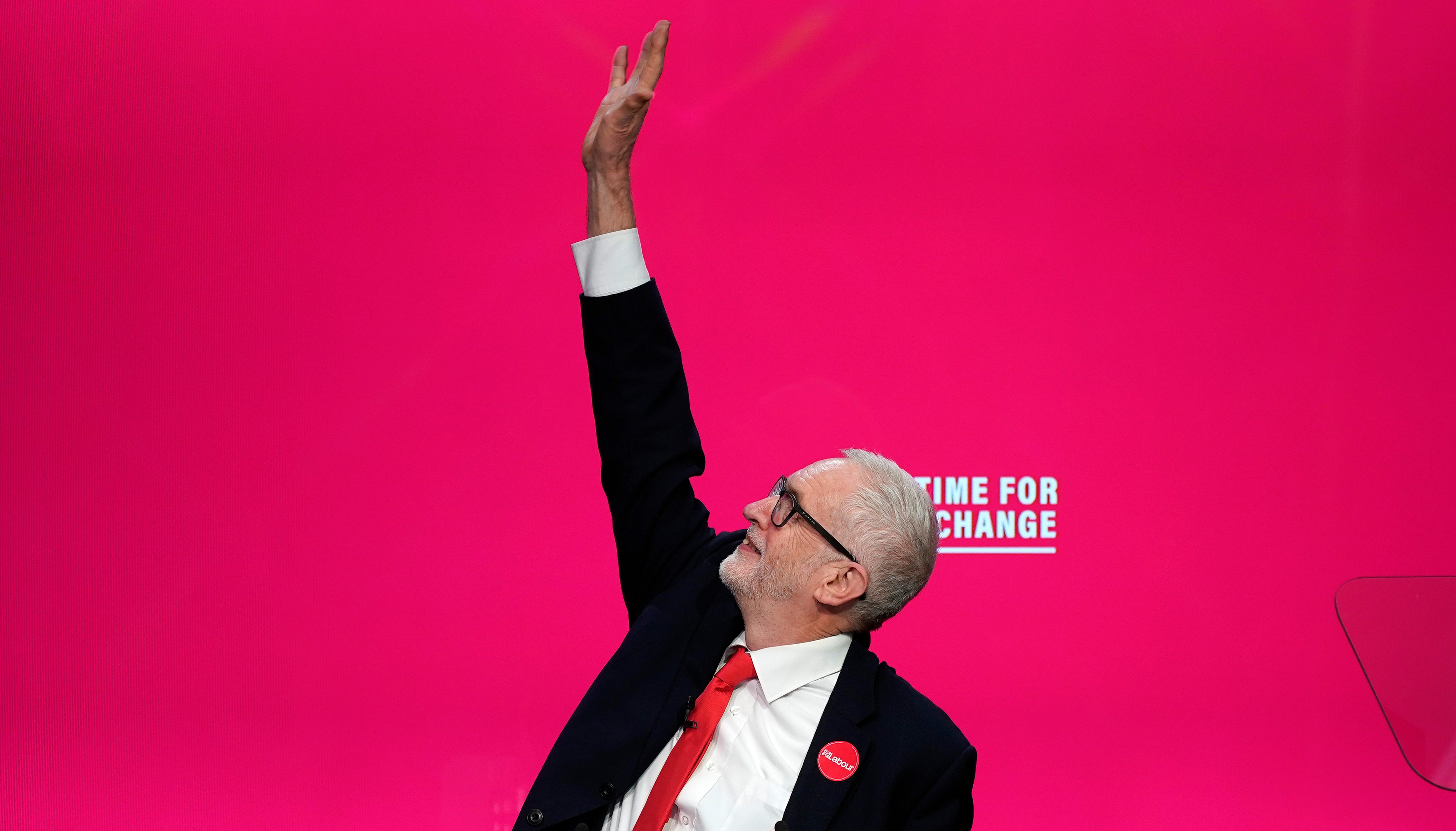 But this thinking is FLAWED. Voters judge a manifesto not just by whether they like the policies in it but whether it is realistic – and Labour’s fails that test.

Is it likely Jeremy Corbyn could pay for £83billion of extra spending – equivalent to another NHS – just through taxes on big business and the top five per cent of earners?

No. It is, as even the impartial Institute for Fiscal Studies says, just “not credible”.

If there is one policy that is helping the Tories make the case that Labour’s plans just don’t add up, it is the four-day week. One of those involved with the Tories’ opinion research tells me it is “the unexpected cut-through issue” of the election.

The idea of working only four days a week and getting paid the same as before, just doesn’t pass the laugh test.

Lib Dems DO have a part to play

THE Liberal Democrats accepted reality this week: They are no longer claiming Jo Swinson is going to be the next Prime Minister.

But the problems of the Lib Dem campaign are concerning the Tories. Right now, they are benefiting from a split Remain vote. But if the Lib Dem vote collapses entirely, it will hurt the Tories.

One Tory strategist predicts that Labour will tick up in the polls and the Tory lead will narrow in the coming days as, while they have squeezed the Brexit Party right down, Labour still have “some to squeeze out of the Lib Dems”. This source tells me: “Our biggest worry is how the Liberal Democrats are doing.”

But Corbyn saying he would stay NEUTRAL in a second referendum gives the Lib Dems an opportunity to shore up their Remain base.

BORIS Johnson heads to Scotland next week. He not only wants to emphasise to unionist voters there a hung Parliament would likely lead to a second Scottish independence referendum, but also highlight to the rest of the UK that in a hung parliament, Scottish nationalists would be kingmakers. He will say this would lead to two referendums next year.

And 2015 showed how much voters dislike the idea of the Scottish nationalists holding the balance of power.

If the Tories can make people think that is what a hung parliament would mean, they are that much more likely to win a majority.