Boys and girls at private £30,000-a-year Wellington College refuse to sit next to each other for meals as schools battle rape culture fears, deputy head reveals 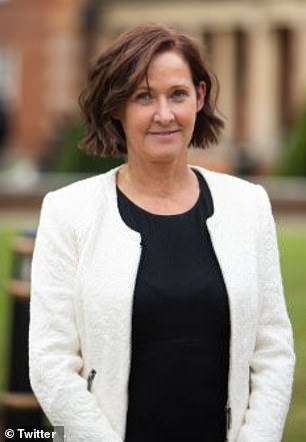 Cressida Henderson (pictured) said that students at Wellington College, Berkshire, have been voluntarily segregating themselves by gender at meal times

Boys and girls at a private £30,000-a-year school refuse to sit next to each other for meals amid battles against rape culture fears, the deputy head has revealed.

Cressida Henderson said that students at Wellington College, Berkshire, have been voluntarily segregating themselves by gender at meal times.

She had been speaking after a school event held on gender equality designed to help students challenge their perceptions of the terms ‘male’ and ‘female’.

Ms Henderson told the Times Educational Supplement there was a ‘great dining hall divide’ despite the best efforts of staff to encourage interaction.

It comes as schools continue to battle rape culture fears with Ofsted last month announcing plans for a review into safeguarding policies and practices at state and independent schools following concerns about widespread sexual abuse.

It was prompted by more than 10,000 reports posted on the Everyone’s Invited website, where students can anonymously share their experiences of misogyny, harassment, abuse and assault, including one from a pupil at Wellington College.

Ms Henderson, speaking after the awareness day, told the publication: ‘Some of our speakers asked us “Do we have an issue with gender equality?” And I think the answer is, “Yes, like the rest of society.”

‘Our issues are associated with our context, as we have been a boys’ school for over 150 years and a successful co-ed one for 10 years.

‘So we see ourselves as on a journey and there’s a lot of work to be done.’

Wellington College, which was set up in the 1850s, initially served to educate the sons of army officers. 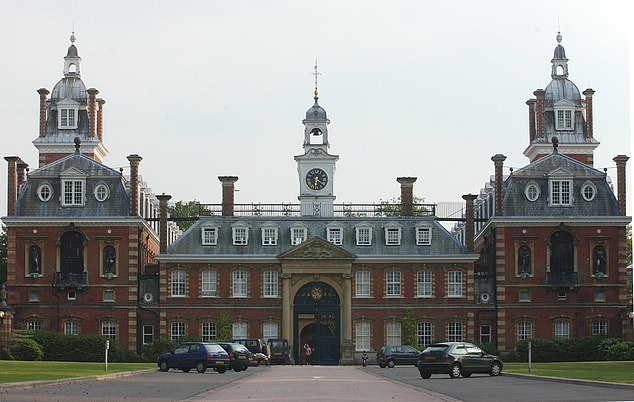 Boys and girls at the private £30,000-a-year Wellington College (pictured) refuse to sit next to each other for meals amid battles against rape culture fears, the deputy head has revealed

It was not until the 1970s that girls were allowed to join the sixth form and in 2005 the decision was made to make the rest of the school fully co-educational.

But it still employs a single-sex house system and only two fifths of the pupils are girls.

Statements from pupils at Wellington College were included in posts on the Everyone’s Invited website where students can anonymously share their experiences.

One read: ‘In my year 9 English class we were doing the Tempest and discussing an attempt assault on one of the characters.

‘A boy turned around and said to me “I wonder how many times I could try to rape you”. I told him to stop talking like that because I did not like it and he said “you don’t have to like it I would do it anyway”.

‘Then as we left he kept talking about my ass and nobody said or did anything to stop it.’

The Everyone’s Invited initiative, which has been central to allegations that a ‘rape culture’ exists in some of Britain’s leading private schools, has prompted an investigation by Ofsted.

The review – which should be completed by the end of May – will establish what current safeguarding guidance is place in schools and colleges and whether it is sufficient to allow them to ‘respond effectively’ to allegations.

It will also examine whether institutions need extra support in teaching students about sex and relationships, and whether current inspection regimes are ‘robust enough’ around the issue of sexual abuse.

The Department for Education had also ordered the watchdog to launch the probe to understand ‘the extent and the severity of the issue’.

Why are police STILL not making people wear masks on Tube?