BRIAN Laundrie's parents turned over their guns following his disappearance, however one was reportedly missing.

The revelation comes just hours after an autopsy ruled that Laundrie shot himself in the head with a gun. 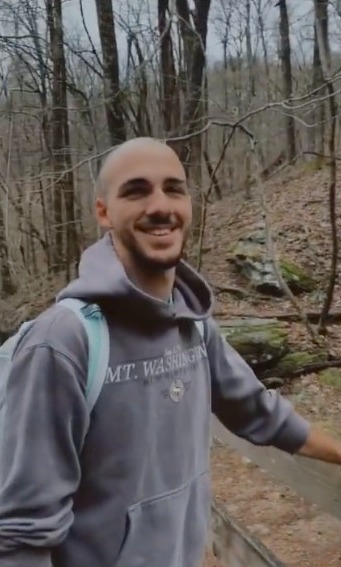 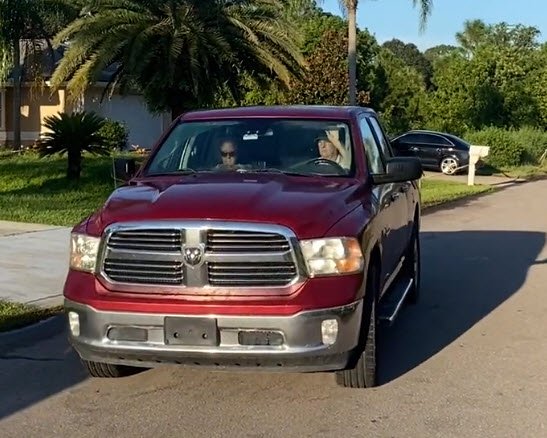 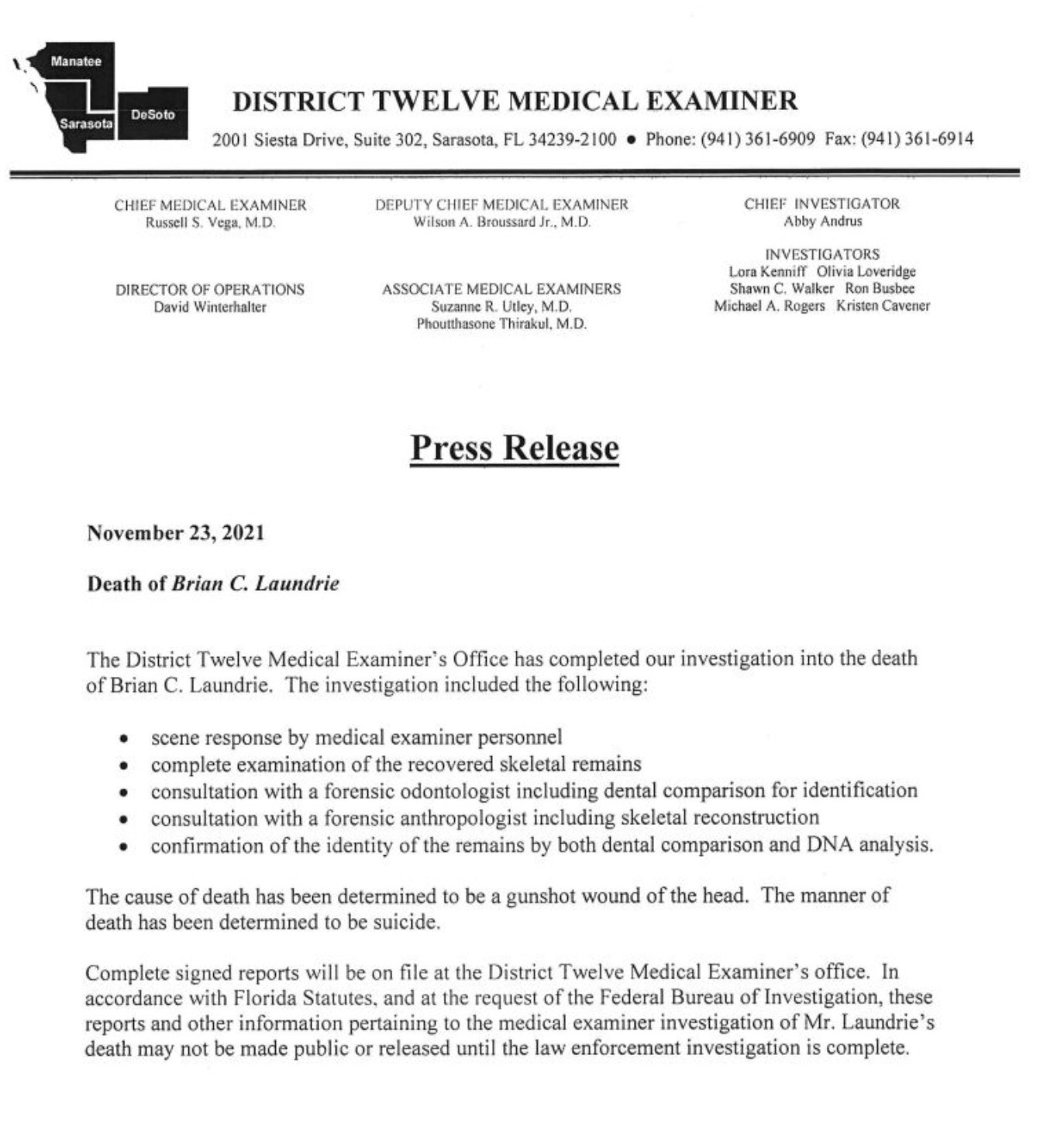 After Laundrie was reported missing in mid-September, his parents turned over all of the guns in their home to the FBI.

However, one was missing, sources close to the investigation told Fox News Digital

It has not been confirmed whether the missing gun is the one Laundrie used to take his own life.

On Tuesday, Laundrie family attorney Steven Bertolino told The Sun: "Chris and Roberta Laundrie have been informed that the cause of death was a gunshot wound to the head and the manner of death was suicide.

Bertolino did not reveal where the gun Laundrie used to kill himself came from.

The autopsy revealed that the investigation included using information from the scene response, an examination of the skeletal remains, a DNA and dental comparison, and consultation with a forensic odontologist and anthropologist.

Detectives had arrived at the Laundrie family home on October 21 to tell his parents that remains was found in the alligator-infested Carlton Reserve the day before belonged to their son.

Laundrie attorney Bertolino told NBC News at the time: "There are two young people that have now lost their lives. These are parents that are suffering.

"Now, I understand that whatever happened or whatever didn't happen… This is tragic for two families.

The FBI also confirmed the identification of Laundrie's remains in a statement.

"On October 21, 2021, a comparison of dental records confirmed that the human remains found at the T. Mabry Carlton, Jr. Memorial Reserve and Myakkahatchee Creek Environmental Park are those of Brian Laundrie," it read.

"The FBI is grateful for the tremendous investigative support from our partners."

Gabby's family said at the time that they would not be commenting on Laundrie's death.

He was the only person of interest in the murder of the 22-year-old vlogger, who was found strangled to death in Wyoming in September.

“Gabby’s family is not doing interviews or making a statement at this time," her family said through an attorney.

"They are grieving the loss of their beautiful daughter. Gabby’s family will make a statement at the appropriate time and when they are emotionally ready."

Laundrie's remains were found near a notebook and backpack belonging to him on October 20, as his parents searched the Carlton Reserve.

He was last seen alive on September 13, when he told his parents that he was going for a hike at the reserve.

Bertolino shared the distraught state of mind Brian was in before he left for the last time.

"I can tell you Brian was very upset when he left," the attorney explained in the NBC interview.

"(Brian's father) Chris conveyed to me several times he wished he wouldn't have let him go, but he couldn't stop him." 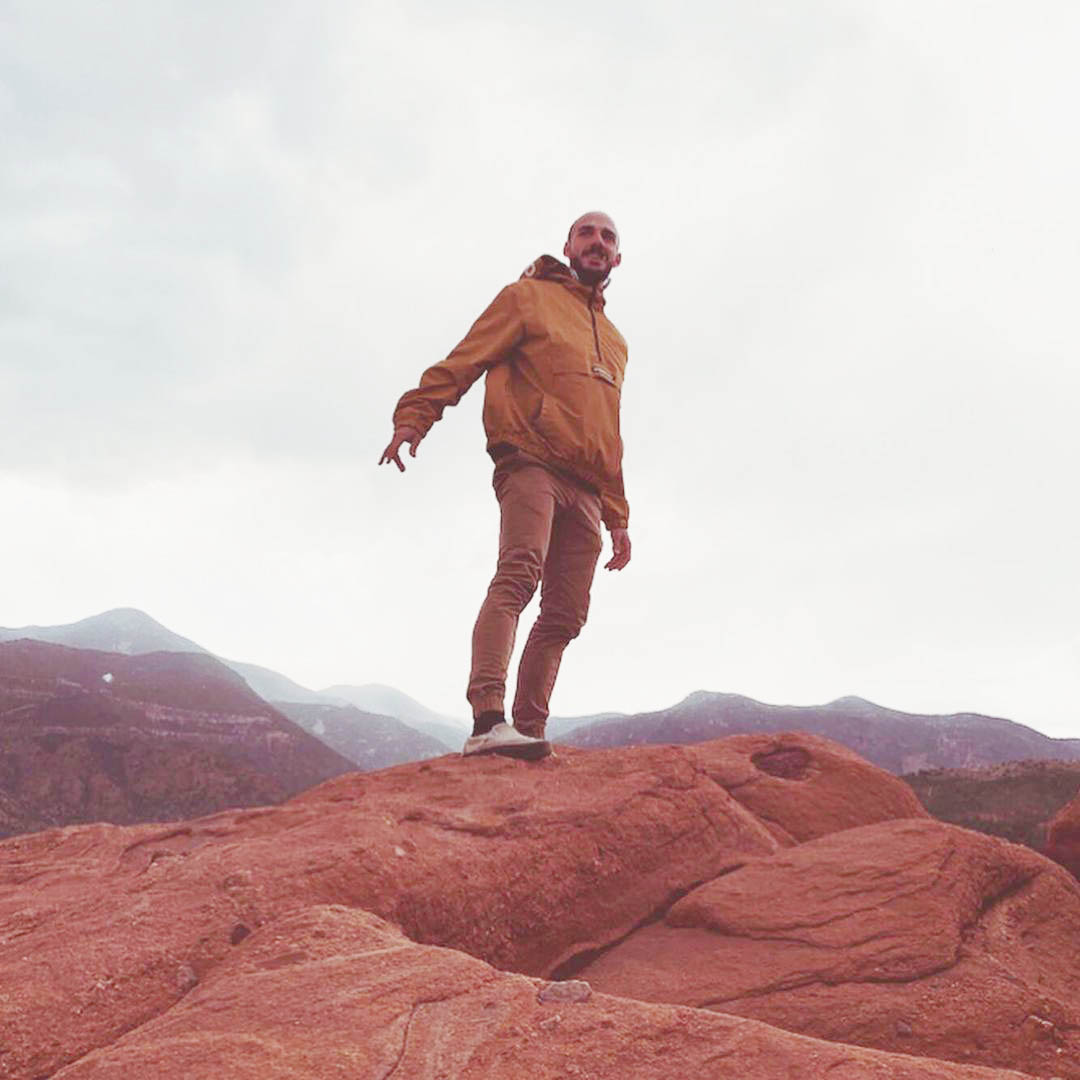 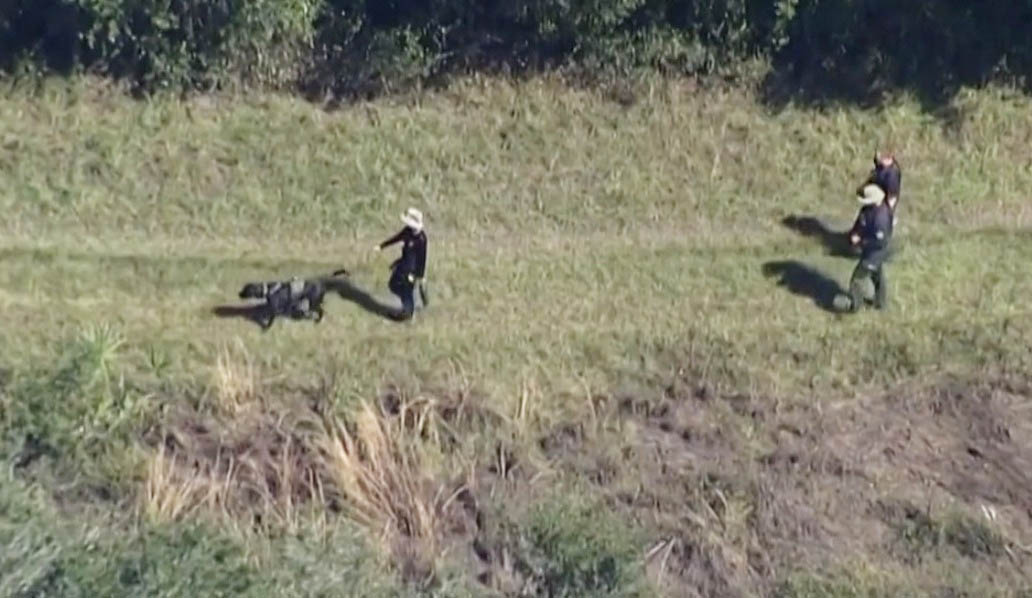 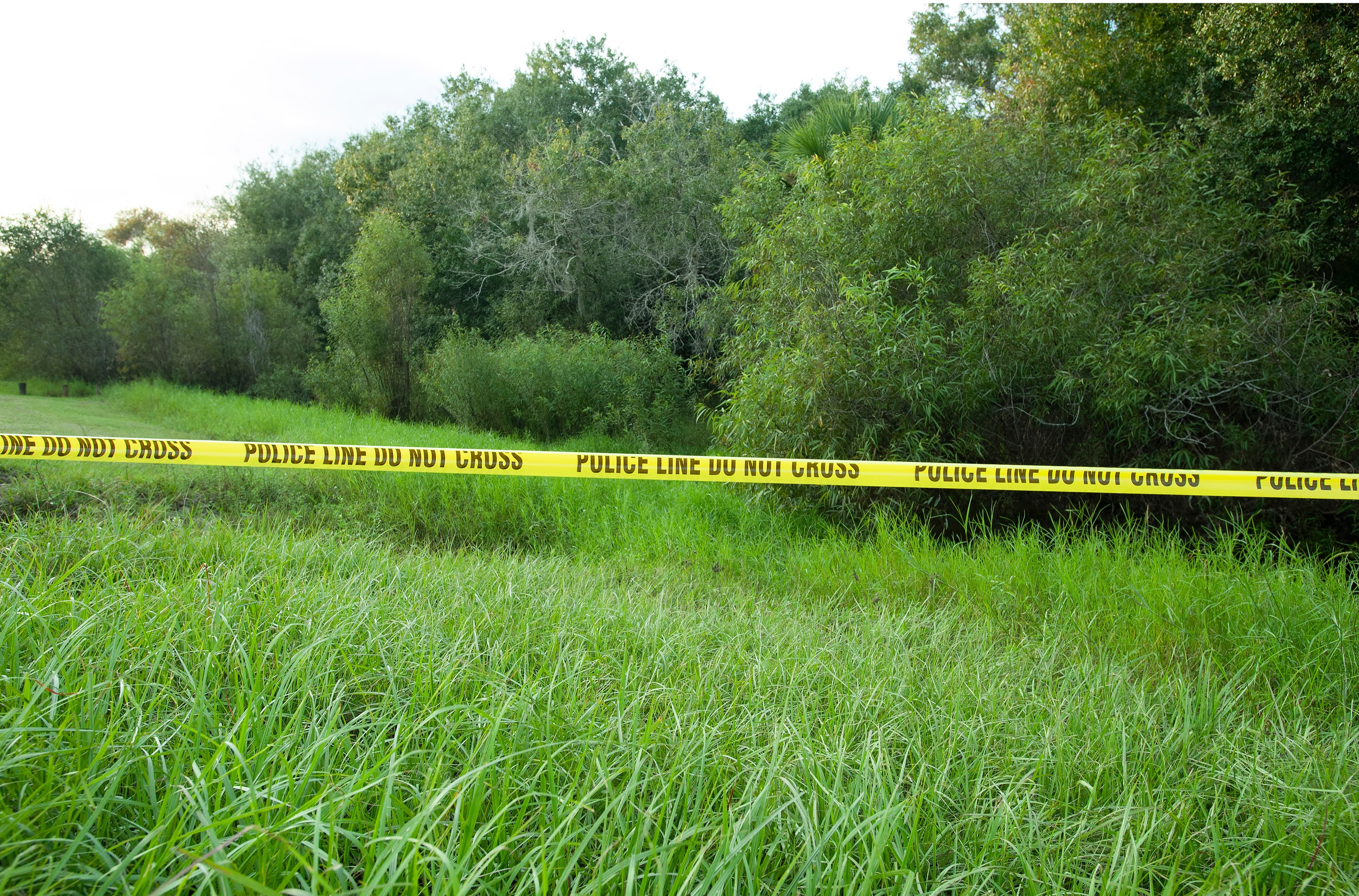 He suggested the parents have been suffering since that September 13 day.

The remains of both Gabby and Brian were identified a month apart.

According to the FBI, Gabby's remains were positively identified by a Wyoming coroner on September 21.

And on October 21, Brian's remains were officially identified.

The fugitive had been on the run since his fiancé Gabby Petito was found strangled to death in Wyoming on September 19.

The FBI issued a warrant for his arrest on September 24 for misuse of a bank card that Gabby's family confirmed belonged to her.

Federal agents have characterized the death of Gabby as "murder".

“As you’re aware, the FBI and the North Port Police Department and our state and local law enforcement partners have been searching the area of the Carlton Reserve for Brian Laundrie, a person of interest in the murder of Gabby Petito,” FBI Tampa Division Special Agent in Charge Michael McPherson told reporters last month.

Chris and Roberta Laundrie were at the scene when the remains and personal items were found, their attorney Steven Bertolino said, after they told the lawyer they wanted to join the search.

"Chris didn't want to pick the bag up because he wanted law enforcement to see it," Bertolino said, adding: "This was caught on camera."

Bertolino explained that it was Chris who found Brian's white plastic dry bag in full view of a news reporter who was about 20 feet off the trail, while police uncovered his backpack and human remains.

"Chris couldn't find the law enforcement because they were then out of sight, because Chris had been in the woods, so he didn't want to leave the bag there with the news reporter standing nearby, so he picked it up."

Once he found the item, Bertolino insists that Chris informed authorities.

"They looked at the contents of the bag," the lawyer explained.

"At that time, law enforcement officers showed him a picture on the phone of a backpack that law enforcement had located also nearby, and also some distance off the trail."

Bertolino made the startling revelation that authorities were considering bringing charges against the Chris and Roberta Laundrie.

"Conversations were had several weeks ago with the FBI with respect to certain charges," Bertolino said.

But after discussions between him and the feds, he believes they backed off.

"When questions and when communications were had between myself and the FBI I think it was realized that charges were not appropriate."

Bertolino assured that no deal was made to grant immunity for either Chris or Roberta Laundrie and suggested the parents "have been cooperating with law enforcement, both locally and federally, since day one."

The Laundries were then asked to leave the park as investigators continued combing the area.

"At that point, the Laundries were notified that there was also remains near the backpack and they were asked to leave the reserve."

The attorney called it “hogwash” to suggest the parents planted Brian’s possessions in the swamp, explaining that they were both being shadowed by reporters and police.

In video footage captured by Fox News, Roberta and Chris are seen speaking with a police officer on a hiking trail in Myakkahatchee Creek.

While much of the conversation is inaudible, the officer at one stage seems to tell them "we've found something" and advises the pair to go home.

The officer places his hand on Chris Laundrie's shoulder during the exchange. Roberta then turns to face him and wipes his cheek.

Teams are expected to remain on the ground for several days and a no-fly zone has been put in place over the area as the investigation continues. 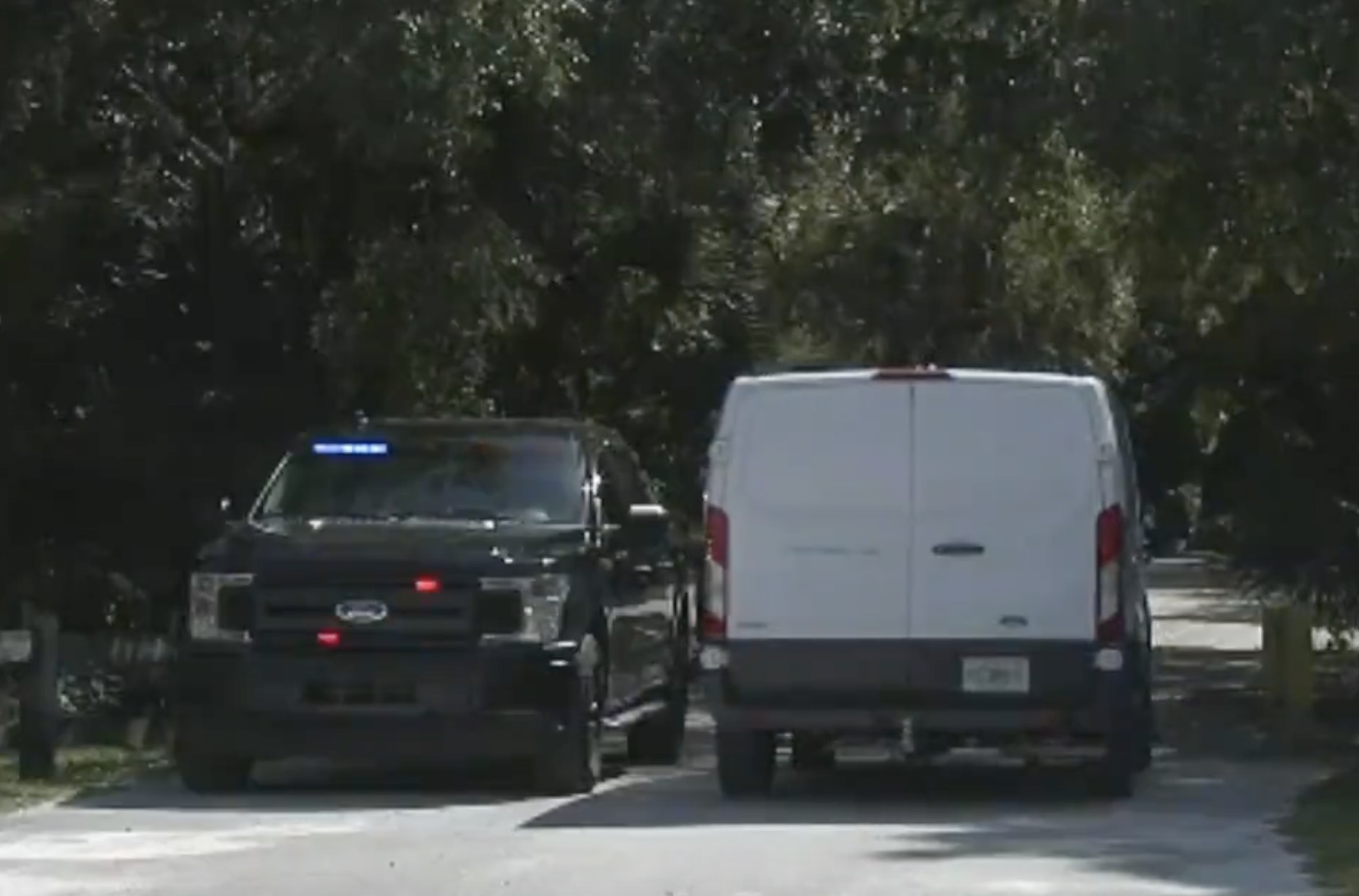 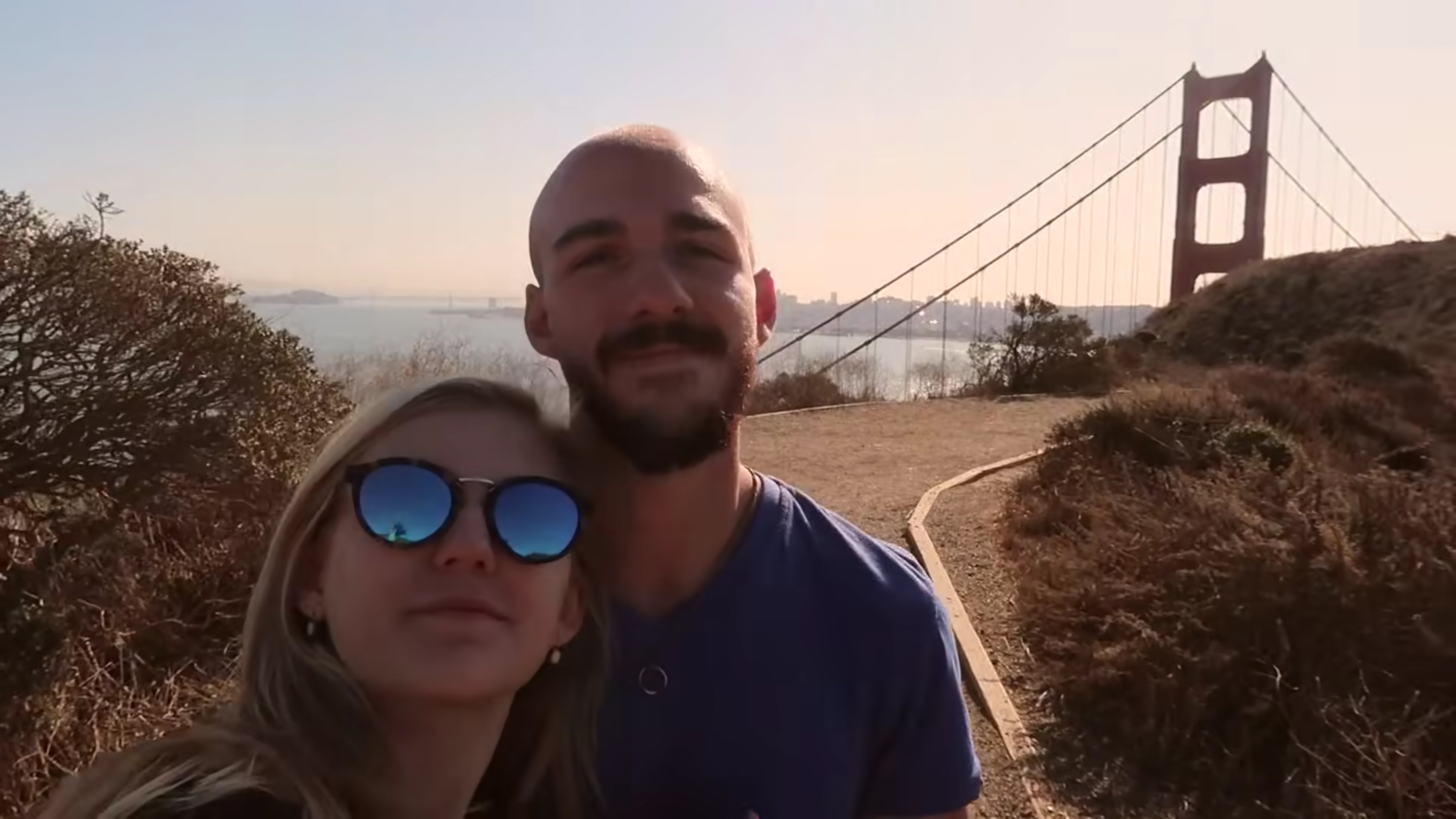 Schools breed misogyny but we can break the cycle