London: Britain will on Monday, local time, call for the United Nations to be given “urgent and unfettered” access to Xinjiang to investigate reports of abuses in the Chinese region.

British Foreign Secretary Dominic Raab will also mark Britain’s return to the UN Human Rights Council as a voting member by condemning the rights record of fellow council members China and Russia and will raise concerns about Myanmar and Belarus, his office said. 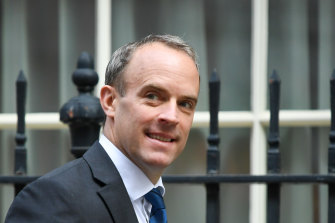 On China, Raab will refer to reports of abuses in Xinjiang, including torture, forced labour and forced sterilisation of women. “They are taking place on an industrial scale,” he will say, according to his office.

“The UN High Commissioner for Human Rights, or another independent fact-finding expert, must – and I repeat must – be given urgent and unfettered access to Xinjiang,” he will say.

China has been widely condemned for setting up complexes in Xinjiang that Beijing describes as “vocational training centres” to stamp out extremism and give people new skills. China’s critics have called them concentration camps. 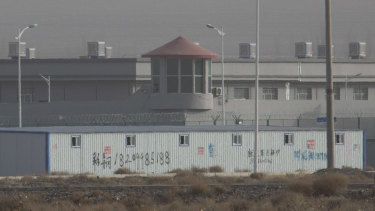 A detention facility in the Kunshan Industrial Park in Artux, Xinjiang.Credit:AP

The United Nations has said at least 1 million Uighurs and other Muslims have been detained in Xinjiang.

Raab will also raise the “disgraceful” treatment of Kremlin critic Alexei Navalny, the crisis in Myanmar and the situation in Belarus. He will set out steps Britain has taken to address these issues, such as sanctions, and encourage others to follow.

Doctor, Wife, and 2 Young Grandchildren Among 5 Killed in Mass Shooting in S.C. Home