Britain has been gripped by a Platinum Jubilee frenzy with spending predicted to reach £3billion over the extended bank holiday weekend.

Gloom at the cost of living crisis is being pushed aside with millions keen to relax, have fun and participate in special events – as the four-day break brings back the ‘feel good factor’.

The retail sector, pubs and hospitality, including tourist attractions, are expected to be the biggest beneficiaries. 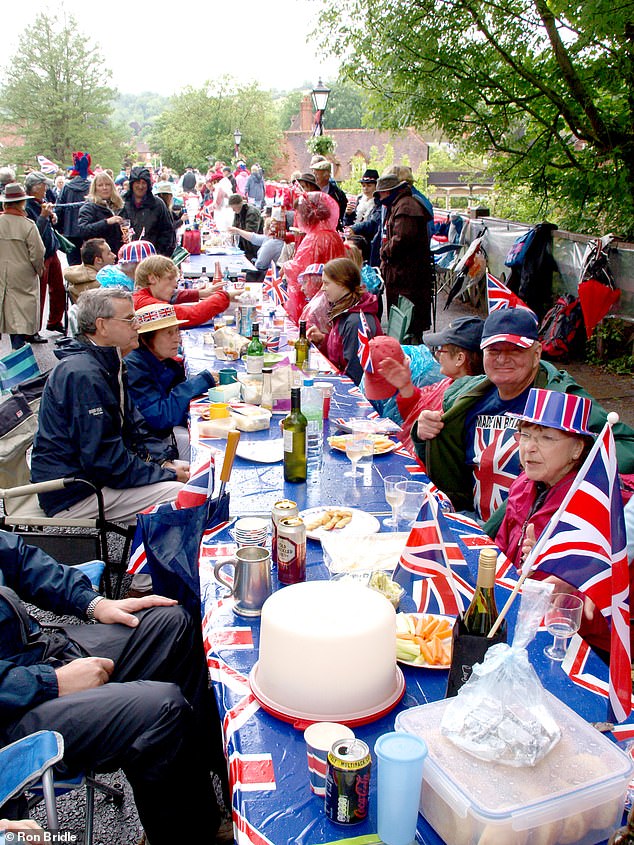 Two neighbouring villages hope to stage what could be Britain’s longest jubilee street party on June 5.

Goring and Streatley, in Oxfordshire and Berkshire respectively, want to welcome up to 5,000 people for a mile-long celebration, said organiser Ron Bridle.

The villages previously united to mark the Queen’s Diamond Jubilee in 2012. 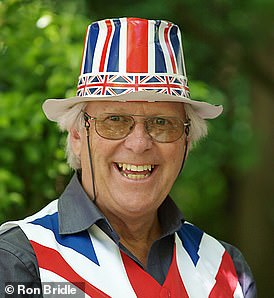 Goring and Streatley, in Oxfordshire and Berkshire respectively, want to welcome up to 5,000 people for a mile-long celebration, said organiser Ron Bridle

An estimated 90million pints will be sold, resulting in a £105million boost for the pub trade – around 50 per cent more than a regular bank holiday – according to the British Beer & Pub Association.

On Monday, brewery Greene King will kick off celebrations by selling customers a pint of IPA for just 6p – the same price as in 1952 – at its 408 sites.

Millions will enjoy street parties and other events from Thursday to Sunday, with spending predicted to be around 40 per cent higher than for the Diamond Jubilee ten years ago.

Richmond upon Thames, Surrey, appears to be Britain’s street party capital with 331 events approved by the council, up by 99 on the Diamond Jubilee.

Booming sales forced the Royal household’s online shop to temporarily halt taking orders after it ran out of memorabilia.

Supermarkets are selling out of Jubilee ranges. Marks & Spencer is offering everything from Corgi-themed cakes to patriotic cheeseboards, supersize HRH sausage rolls, ales and liqueurs.

Tesco predicts it will sell 60,000 rolls of bunting – enough to wrap around Windsor castle 10 times – and 50,000 Union Jack plates. The retailer has ordered in an extra 4million bottles of gin, 150,000 bottles of champagne and the same of Pimm’s. The extended bank holiday is particularly good for hospitality, the third largest private sector employer in the UK.

A consumer survey said average spending per person over the bumper bank holiday is set to reach £52 – which equates to £2.8billion as a nation.

Separate estimates by the Centre for Economics and Business Research suggest extra spending across the four days would be £1billion – 80 per cent to retailers and 20 per cent to hospitality. 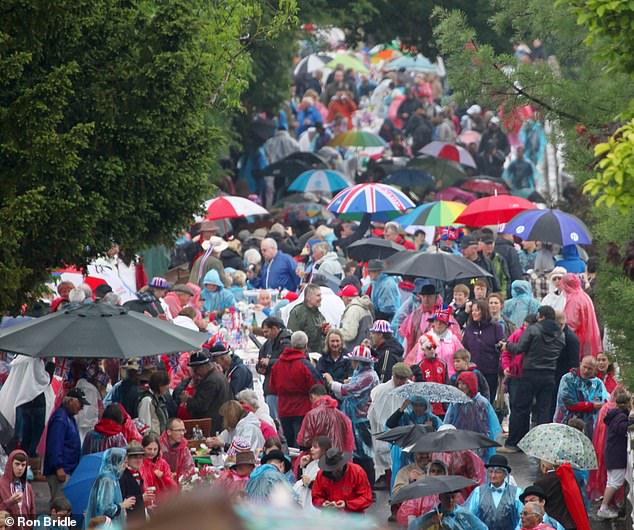 One in five (19 per cent) will mark the event at the pub and more than one in seven plan to host or attend a street party.

Nearly half (47 per cent) of Britons planning to celebrate said they would do so on Saturday, with 28 per cent on Sunday and 9 per cent on Monday. The survey was commissioned by TopCashback, whose spokesman said: ‘Many of those choosing to celebrate are picking lower cost activities such as spending time with family and friends, going to the beach or having a picnic.’

…but brace for road and rail chaos

Travellers are being warned to expect a week of disruption on roads, trains and at airports as the country gears up for the Jubilee weekend.

Around half of motorists are expected to take to the roads this weekend alone as schools break up for half-term and jubilee revellers travel ahead of the celebrations.

The RAC estimates 17.8million drivers will have set off on leisure trips between yesterday and tomorrow.

Around 19.5million motorists are also expected to take to the roads over the extended Jubilee weekend. Tailbacks are predicted on the M5 southbound between J15 and J23, the M25 anti-clockwise from J4 to J1, and the A303 near Stonehenge.

Disruption could be exacerbated by the closing of roads for street parties, with polling by breakdown firm Green Flag suggesting as many as 133,000 will be blocked off. Network Rail, in charge of rail infrastructure, has postponed major engineering works during the Jubilee weekend.

But train travellers have been warned to expect chaos on some lines due to strike action by the militant RMT union.

Train drivers will strike overnight on the Central, Jubilee and Victoria lines on June 3 and on June 4, with fewer services after 9pm on each day. Station staff will walk out on June 6, meaning barely any London Underground platforms will be accessible.

It threatens to create havoc for anyone attempting to travel home after being in London for the Jubilee celebrations.

Meanwhile, train conductors for operator TransPennine Express will also strike for 48 hours from June 4. It means no services will link some northern English cities with the West Coast main line, one of the main inter-city routes to London from the North West and West Midlands.

Network Rail is warning of large crowds on trains in and out of the capital over the four-day weekend.

Meanwhile, data from flight analysts Cirium shows 10,814 planes with 1.9million seats will arrive at UK airports between June 2 and 5.

Disabled man, 82, died at Gatwick when he fell backwards on escalator