A British yachtswoman says she is ‘clinging on’ in her bunk as she waits for rescue after her boat was smashed up by a monster storm.

Susie Goodall had to radio for help after horrendous weather all but wrecked her chances in the solo Golden Globe Race around the world.

The 29-year-old is stranded 2,000 miles west of Cape Horn, deep in the Southern Ocean. One of the most dangerous stretches of water in the world, it is known for huge swells, rough seas and the threat of icebergs any time of the year.

Chilean authorities have contacted a ship 480 miles south west of Miss Goodall’s position with the captain saying the voyage will take two days.

In a series of tweets, Miss Goodall, from Falmouth in Cornwall, said: ‘This motion is just horrible! Clinging on in my bunk.’ 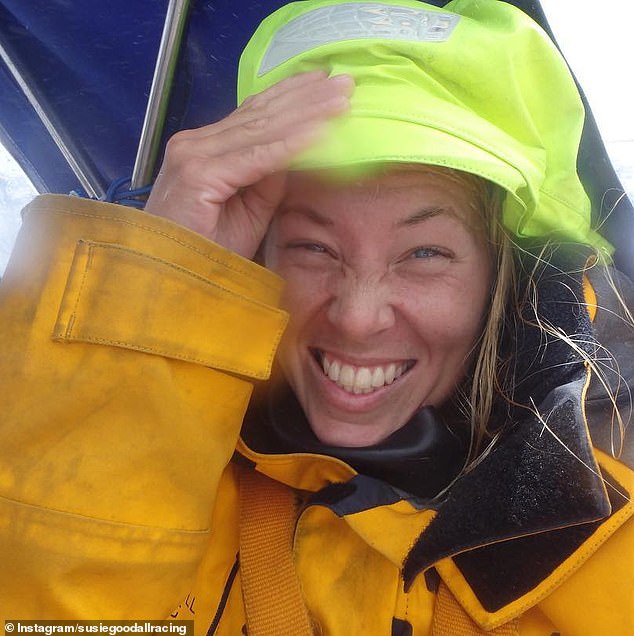 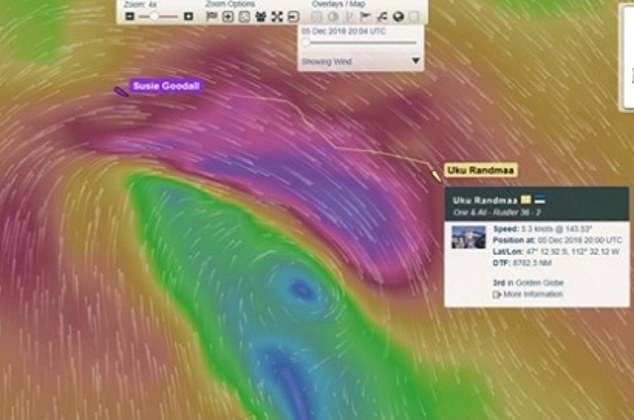 Miss Goodall, from Falmouth in Cornwall has posted a series of tweets describing her situation as she awaits rescue

In another, she wrote: ‘In need of a good cuppa tea! But sadly no cooker.’

Miss Goodall is the youngest competitor and only woman to enter the event, which started in July. It has taken place only once before – in 1968 when Sir Robin Knox-Johnston was the sole finisher.

She was in 4th place in the non-stop, 30,000-mile race. Falmouth Coastguard picked up a distress signal from her yacht, DHL Starlight, yesterday morning after she was hit by a ferocious storm with 60 knot winds and massive waves.

In her last message to race control before her mast was broken, she said: ‘Taking a hammering. Wondering what on earth I’m doing out here.’

She later told officials: ‘I have been dismasted. Thought I had holed the hull because the boat filled with water, but the hull is not holed. The hull is OK. The boat is destroyed. I can’t make up a jury rig. The only thing left is the hull and deck which remain intact. 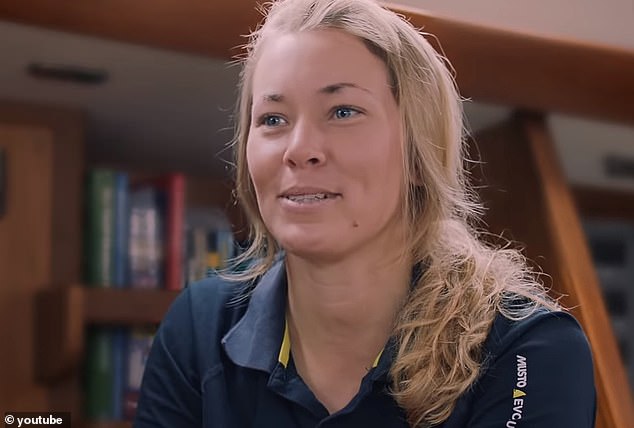 Susie Goodall, 29, (pictured) was caught in a massive storm off Cape Horn and had been battling with the elements for 24 hours 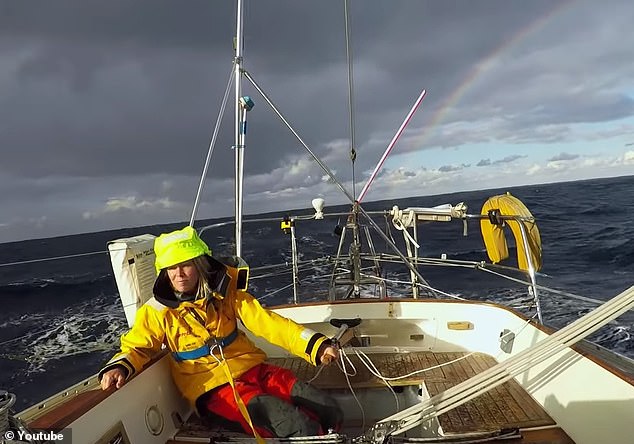 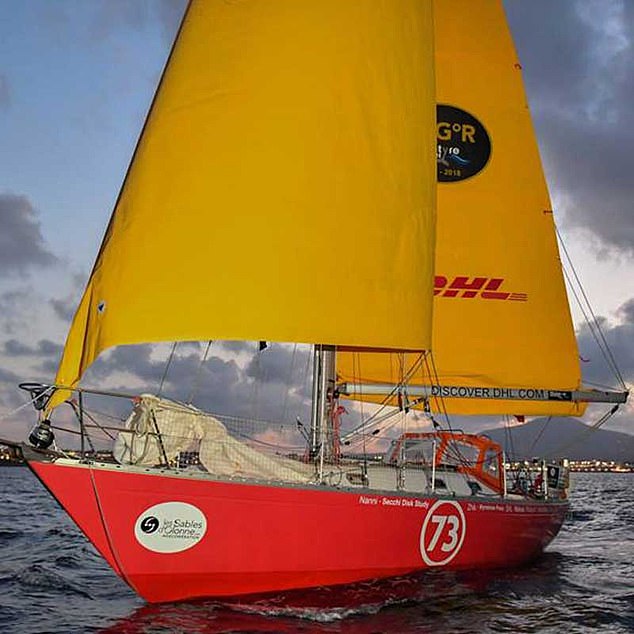 ‘We were pitchpoled [rolled end over end] and I was thrown across the cabin and knocked out for a while.’

The Chilean authorities have contacted a ship 480 miles south west of Miss Goodall’s position. Its captain expects to reach her in two days.

A spokesperson for the race said yesterday they had been in contact with Susie who said she received a concussion, cuts on her hands, and bruises in the incident – but is otherwise okay.

An update on the DHL Golden Globe website said: ‘[She is] now talking to MSOS UK the GGR 24hr telemedicine doctor for advice and check up.

‘Weather is moderating a little. Boat huge mess down below. Not in danger for now.’ 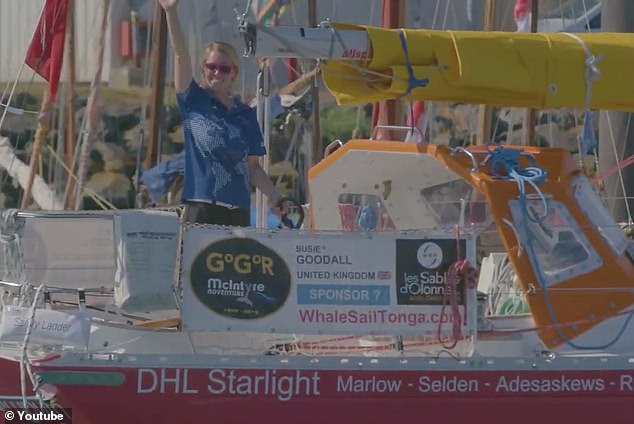 Susie waving goodbye to her supporters at the beginning of the race. She had been lying in fourth place when her boat overturned 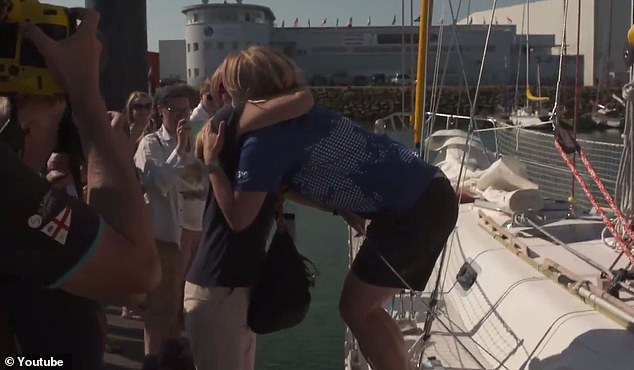 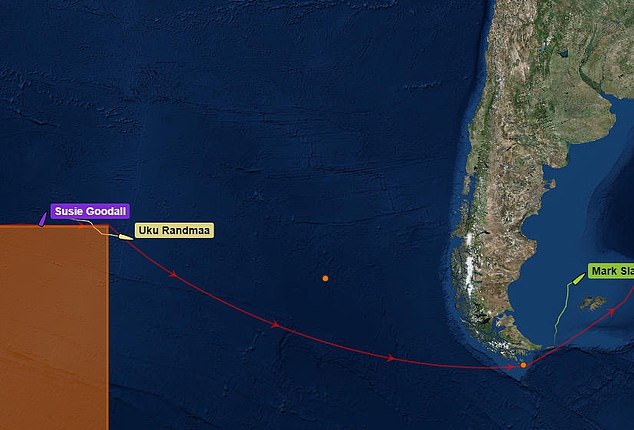 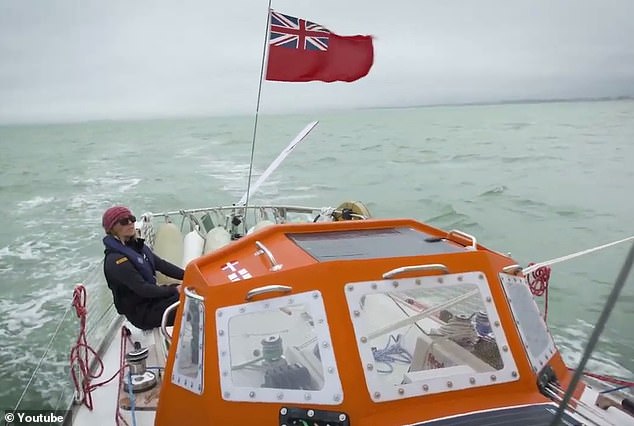 Another post on the website at 10.48am this morning read: ‘Susie is taking the worst of it being close to the center with wind direction and strength going all over the place, causing real challenges for her.’

After activating her emergency signal yesterday morning, Susie got back in contact with the Chilean coastguard saying she was ‘totally and utterly gutted’.

Race Chairman Don McIntyre said: ‘We are monitoring the situation carefully, speaking to Susie every hour and working with the Chilean Search and rescue authorities on the best course of action to take. We have also informed her family and are keeping them informed.’

Susie is the fifth Golden Globe Race entrant this year to have abandoned the race due to their boat being dismasted.

Miss Goodall is an ocean sailing instructor who took up the sport at the age of three.

In the 1968 race, Sir Robin’s rivals either retired or sank. But one, Donald Crowhurst, killed himself. The story of his troubled life was the subject of a film, The Mercy, released this year and starring Colin Firth.

Eating in restaurants is SAFER than at home claims French chef

Who is Grant Shapps' wife Belinda and do they have children?