Burt Reynolds’ famous Pontiac Firebird, similar to the one he drove in ‘Smokey and the Bandit’, is going up for sale.

The remarkable car is included in a mass auction of many of the actor’s personal belongings in Beverly Hills after his death last year at the age of 82. 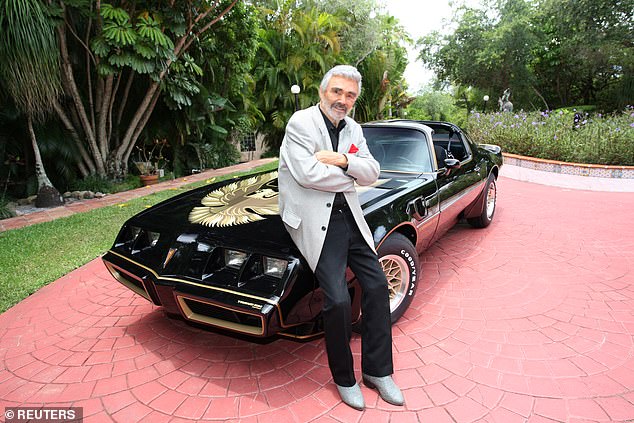 Burt Reynolds stands next to his 1979 Pontiac Trans Am, the last Trans Am owned and driven by Reynolds, which is expected to fetch $500,000 at auction 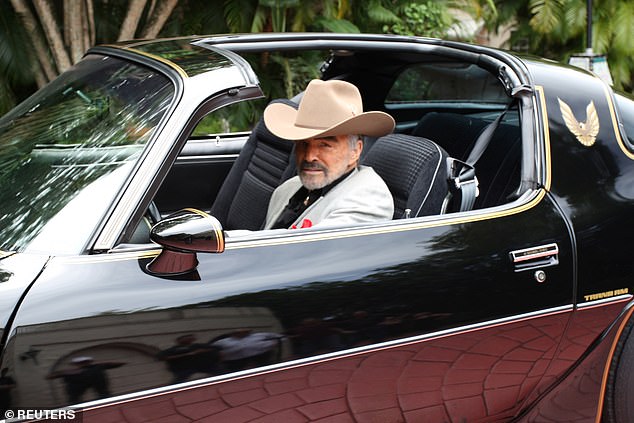 Reynolds famously drove a car of the same model in the 1977 movie Smokey and the Bandit.

Scenes featured him in the car with Sally Field, who played Carrie, a runway bride his character picks up as he drives across the US.

According to Julien’s, the auction house responsible for the sale, the vehicle’s value was inflated by a photoshoot Reynolds carried out which featured him posing with the car.

The 1979 Trans Am has about 70,000 miles on the odometer and is in great condition, thanks in part to a recent restoration.

It was owned by Reynolds and his business partner, Gene Kennedy, according to Julien’s.

‘It only has about 70,000 miles on it,’ notes Gene Kennedy, a Florida friend and fellow car collector who helped Reynolds restore the ride.

‘We drove all the way out to Las Vegas and back. It runs really good.’ 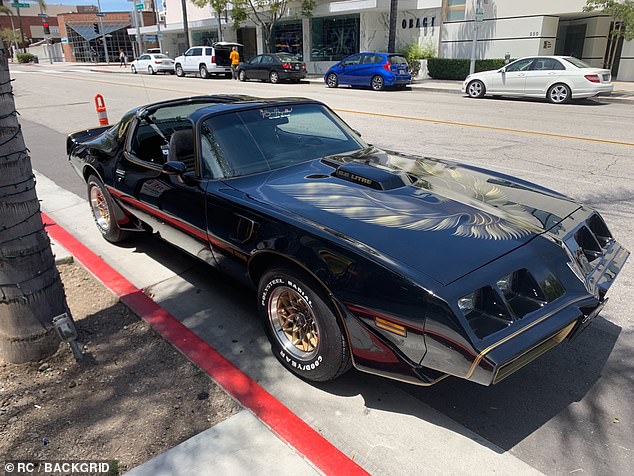 The car reportedly only has 70,000 miles on the odometer and has recently been restored 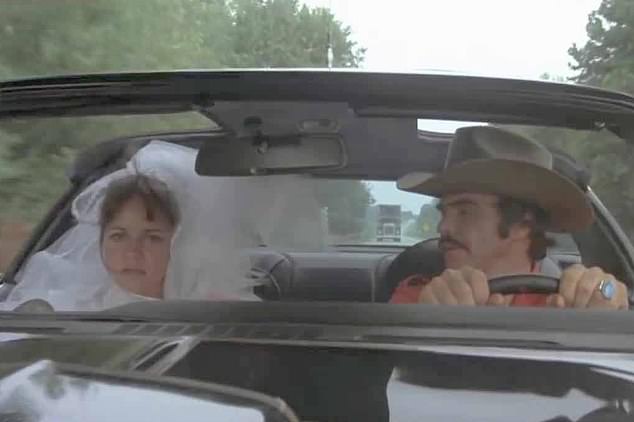 Reynolds drove a similar car in the 1977 film ‘Smokey and the Bandit’ with Sally Field, who plays a runaway bride

Not only is his beloved Trans Am being auctioned, but so are over 850 other personal items.

The lots are as diverse as Reynolds’ passports and driver’s license, gaudy belt buckles, cowboy boots that were part of his image for decades, other clothing and accessories, and of course jewelry and watches.

His Cannonball Run belt buckle and the CB radio the actor used during shoots for Smokey and the Bandit 2.

During the fall of 2018, a 1978 Trans Am which was also owned by Reynolds and had been modified to look like the car he drove in Smokey and the Bandit, sold at Barret-Jackson Las Vegas for a whopping $192,500.