Pakistani businessman, 42, who sexually assaulted woman after walking into her hotel room on visit to UK told police after his arrest ‘I didn’t know what was allowed in Britain’

A ‘monster’ Pakistani businessman who sexually assaulted a woman in a hotel room before claiming ‘I didn’t know what was allowed here in Britain’ has been jailed.

Umair Farooq, 42, let himself into a hotel room in Llangollen, Denbighshire, where a woman was asleep before ‘quite cynically’ taking advantage of her on May 27 earlier this year.

Mold Crown Court today heard how the victim had left the key in the door, before waking up to find Farooq had entered her room.

She had to push him away before running out of the room to escape.

Simon Rogers, prosecutor, told Mold Crown Court today that Farooq had claimed afterwards: ‘I’m a Muslim, I wouldn’t do that.’

He was a respected businessman and frequent visitor to Britain, but in a victim impact statement read to the court, the woman described him as a ‘monster’.

Passing sentence, Judge Rhys Rowlands said: ‘Farooq was much older than the woman. It must have been a terrifying experience for her, probably one of the worst nightmares for a young woman to have to experience.’ 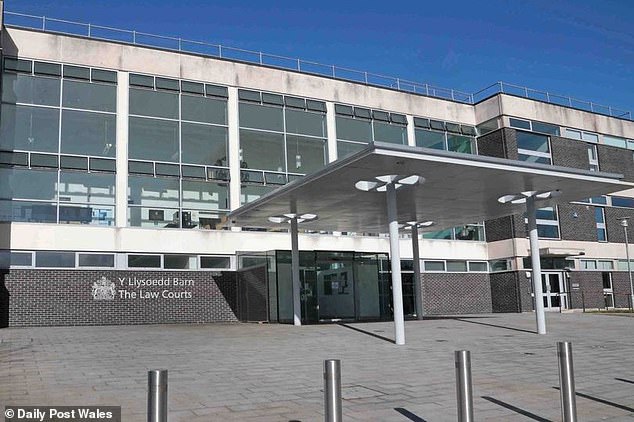 He told the defendant, who had a successful business, that the impact of his ‘appalling’ behaviour on the victim was ‘quite profound’.

Farooq, who earlier pleaded guilty to sexual assault and trespassing with intent to commit a sex offence, was sentenced to four and a half years’ imprisonment.

Simon Mintz, defending, earlier said in mitigation: ‘He did something which is quite unusual where serious sexual offences are concerned and that is to make a full confession in his interview with the police and follow that up with the earliest possible guilty plea.’

Alice Temperley branded 'disgraceful' as she launches a comeback

It's Official: Ketanji Brown Jackson Is Confirmed to the Supreme Court