A 30-year-old suspect has been taken into custody in connection with Tuesday night’s alleged assault of several Jewish men outside a Los Angeles restaurant, according to a report.

The suspect was identified as Xavier Pabon of Banning, Riverside County, FOX 11 of Los Angeles reported. He was arrested Friday at a home outside Los Angeles on suspicion of assault with a deadly weapon, the report said.

Pabon was booked into a Los Angeles Police Department jail Saturday afternoon and was being held on bail of $275,000, according to FOX 11. 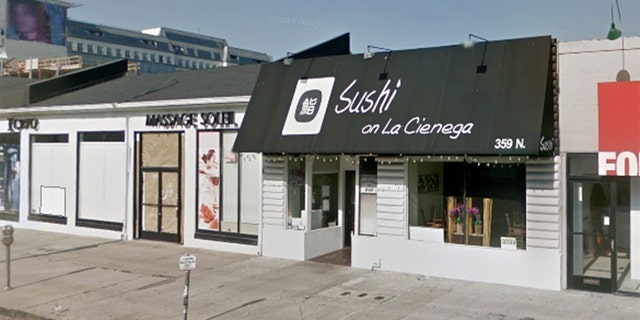 The sushi restaurant in Los Angeles outside which last Tuesday’s attack occurred.

The suspect was believed to be one of several men accused of assaulting and beating Jewish men outside a sushi restaurant in the Beverly Grove section of L.A., according to the station.

Incidents of violence or mistreatment of Jewish people have been seen in several cities across the U.S. amid the tensions and violence between Israel and Hamas in recent weeks. The two sides entered a ceasefire agreement early Friday and it appeared to be holding into Sunday.

The LAPD was requesting enhanced bail for Pabon, claiming his alleged crimes were motivated by hate, according to FOX 11.

BBC licence fee could be replaced by means-tested 'household tax'

Nala the Labrador gets her head stuck in the steering wheel