Former Australian chief medical officer Brendan Murphy reportedly accused Victoria of “buggering up the country” when its contact tracing system buckled in 2020, prompting a surge in cases and more than 800 deaths as other states remained virus-free. 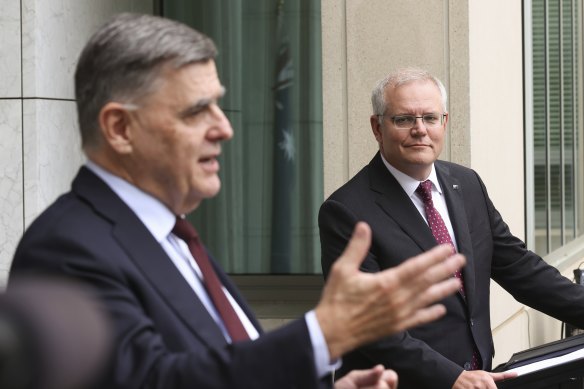 Around the time of Victoria’s second wave, which prompted a months-long lockdown, the Commonwealth believed the Victorian Health Department was not sharing adequate information about its COVID-19 outbreak that stemmed from leaks from quarantine hotels.

According to Plagued – the book by The Australian’s Simon Benson and Geoff Chambers that also revealed Morrison’s multiple ministries – Andrews moved to ensure comprehensive case and tracing data, which was at that stage being compiled with pen and paper, was shared with Canberra.

“It is as bad as they said it was,” Murphy told Morrison, according to the authors.

“I’m afraid Victoria may have buggered up the entire country.” 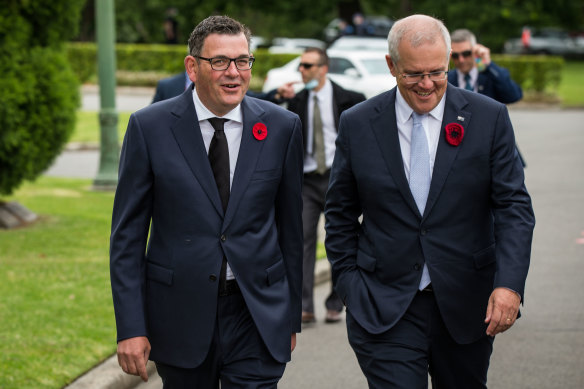 On July 6, 2020, when 126 cases were recorded in Victoria, Morrison reportedly communicated with then NSW premier Gladys Berejiklian. “You have to shut the border,” he told her.

“Thank goodness,” Berejiklian replied, telling Morrison she had wanted to call him to say the same thing.

“We’ll need to get Dan [Andrews] to agree to this. We should call him,” Morrison said.

Morrison tried to call Andrews but didn’t get through and sent him a text: “Have spoken to Gladys this morning and agree that given escalating situation, it is regrettably necessary now to take the next step and close the Vic/NSW border. Will both continue to provide our assistance with resources and support.” 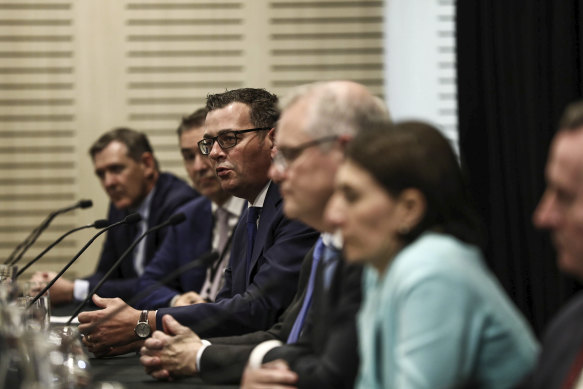 Andrews at a COAG meeting in Sydney with Morrison and Gladys Berejiklian in March 2020.Credit:Dominic Lorimer

The three leaders then spoke in a three-way call, the book reported, and for the first time since 1919 during the Spanish flu outbreak, the border between the nation’s two most populous states shut.

The following day, Andrews announced that stage-three lockdown restrictions would be in place for six weeks.

The news prompted a text from Morrison to Andrews: “Hang in there Dan”.

The book reveals private communications between Morrison and Andrews in other tense moments during the pandemic, demonstrating the high-stakes collaboration between governments when vaccination rates remained low and drastic measures were taken to contain the virus. 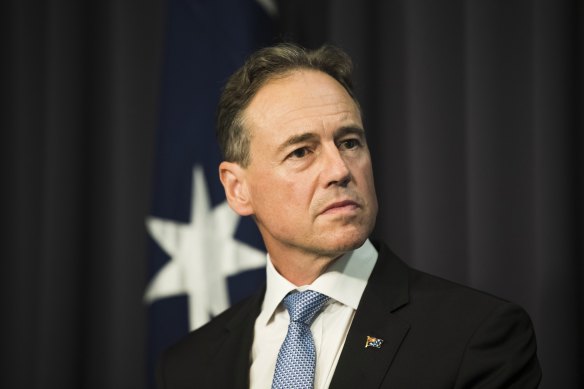 When then-health minister Greg Hunt, whose father lived in an aged care home, took offence to Andrews comment that he would “not let my mum be in some of these places”, Morrison texted Andrews saying there was “nothing to be gained by personalising the challenges we both face”.

Benson and Chambers repeatedly touch on what is described as a close working relationship between Andrews, perhaps the most left-wing Labor leader in Australia, and the former PM, who the book claims had a “high regard” for Andrews’ political skill.

The pair shared a glass of Tasmania’s award-winning Lark single-malt whisky at a dinner the evening before a March 2020 meeting of the Council of Australian Governments, the long-standing forum of first ministers that turned into national cabinet.

The premier was reportedly receiving texts from his advisers about the 2020 Formula One Grand Prix, which was cancelled at the last minute.

Asked about the book’s description of the Andrews-Morrison relationship, a state government spokesperson said,“we’ll let Mr Morrison’s record speak for itself.”

The book claims that in the early months of 2020, Murphy – now secretary of the federal Department of Health and Aged Care – believed some businesses needed to remain open and that a full lockdown was over the top.

However, Murphy realised some chief health officers preferred a stricter approach, particularly Victoria’s Brett Sutton, whom the book says was “the most hawkish … [and] angling for a full lockdown of the community and society”.

Racial unrest may have led to ousting of Bleacher Report boss, report says

Fortitude Ranch: a no-frills pandemic bunker for preppers on a budget