Classic car collector puts the Queen Mother’s vintage Humber up for sale alongside rest of his £250,000 fleet

A classic car collector has put his entire fleet of vintage Humber vehicles up for sale, including the old school motor that belonged to the Queen Mother.

64-year-old Allan Marshall has been collecting the vehicles for more than 40 years, and is likely to make around £250,000 at auction.

Also among the star-studded array is a model linked to Madonna, but Mr Marshall is selling the cars due to the spiralling costs of maintaining them.

The crown jewel of his collection is the Super Snipe MkIII, which was used to take the Queen Mother to church during the reign of her husband, King George VI.

A classic car collector has put his entire fleet of vintage Humber vehicles up for sale, including the old school motor that once belonged to the Queen Mother 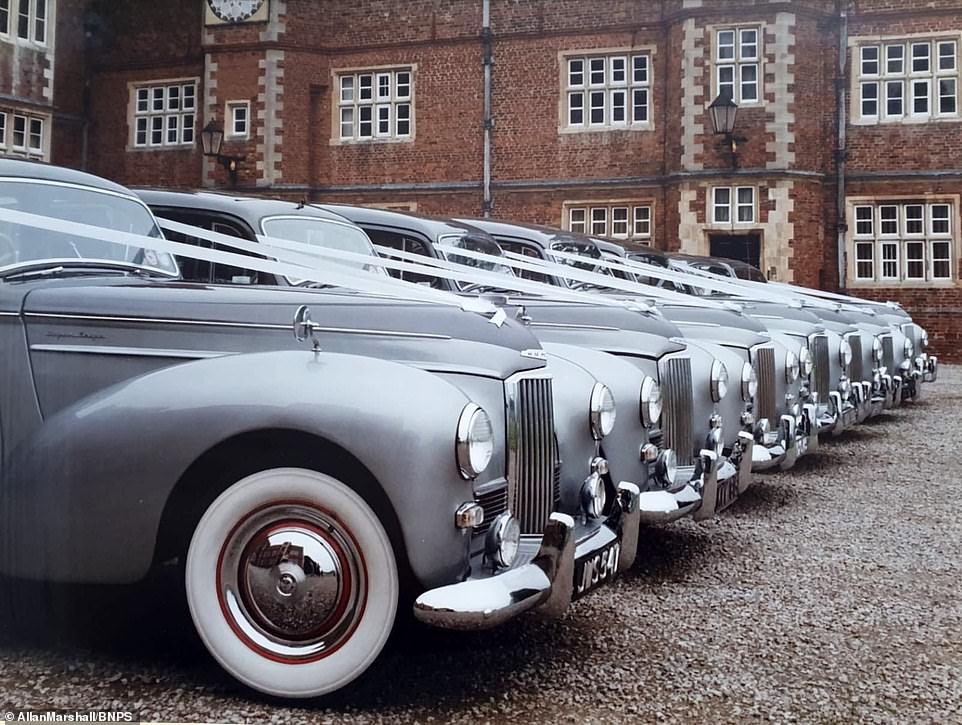 Allan Marshall, 64, began buying the vehicles more than 40 years ago and currently owns 16, which are kept on display in Hull 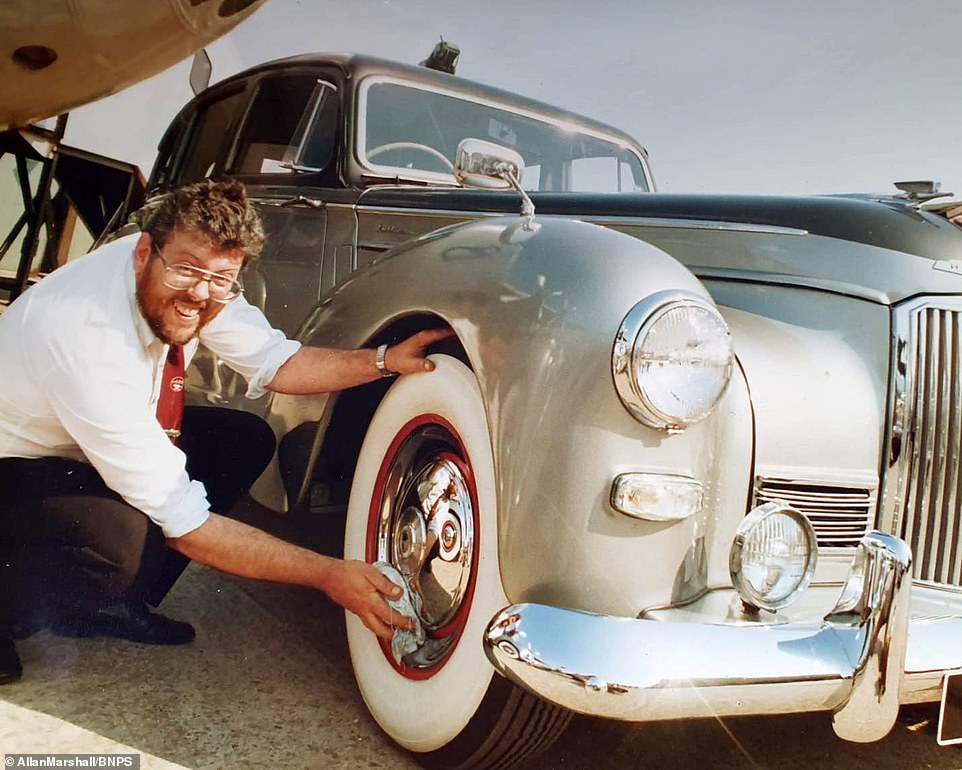 Mr Marshall (pictured with his father’s old Humber) has placed the vast fleet up for auction, and may received between £200,000 and £250,000 at the sale in April

The only damage sustained to the vehicle are scratches to the leather on one of the doors, believed to have been caused by the royal’s long nails.

Another Snipe in the group was once owned by Edward VIII and his wife Wallis Simpson, and had been due to feature in W.E, a film based on the life of the couple.

Madonna held a starring role, but Mr Marshall told the infamous singer’s agent that the car was unable to be used because it was missing an engine.

But despite the pieces of history held by the individual motors, Mr Marshall is reluctantly cashing in. Business rates for the museum cost £400-a-month, and a new set of tyres for each car can set him back up to £1,000.

The collection will go under the hammer as a single lot with Hansons Auctioneers of Etwall, Derbyshire.

The auctioneers revealed they are braced for ‘global interest’ in the fleet, and estimate they may be available for between £250,000 and £250,000. 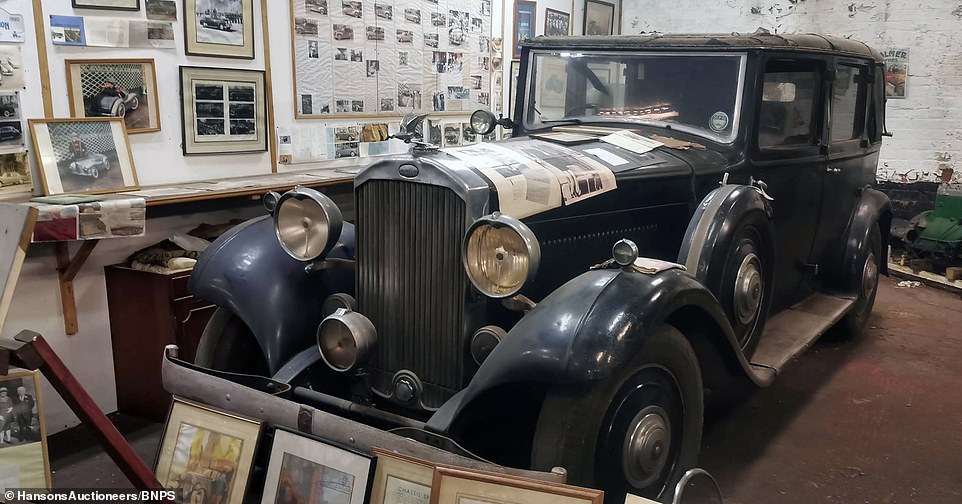 Another vehicle included in the group is the Snipe once owned by Edward VIII and his wife – it was due to feature in W.E, a film based on the couple’s life and starring Madonna 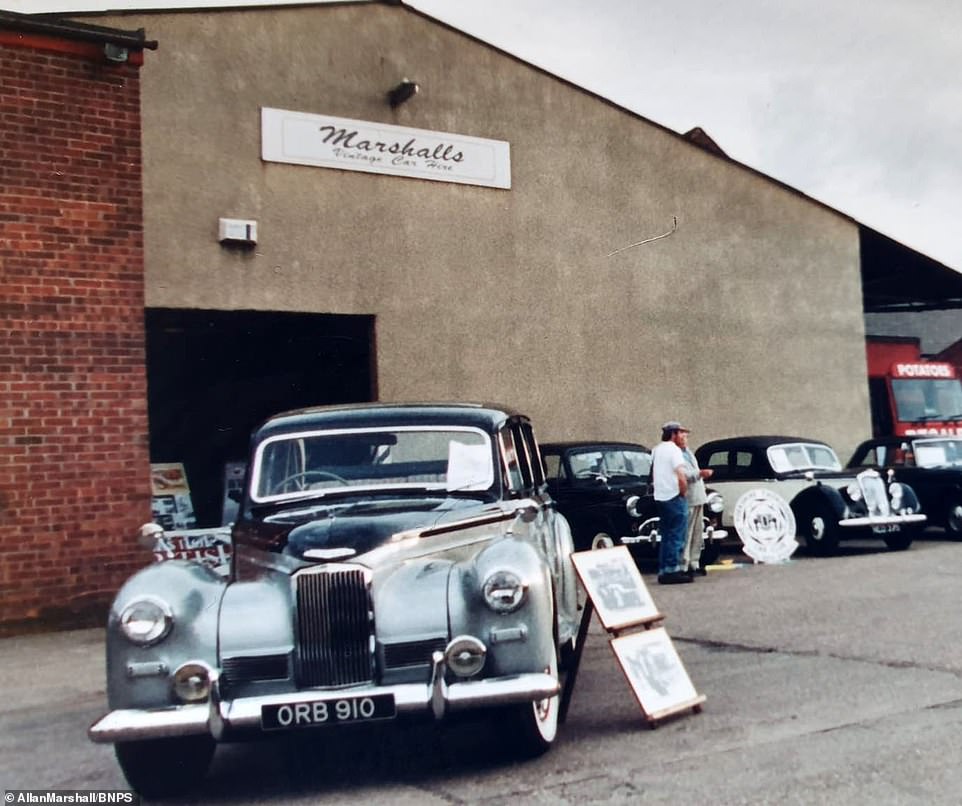 Despite owning several pieces of history, Mr Marshall is having to cash in due to spiralling costs of running the museum and maintaining the collection of cars

A vast amount of memorabilia will also be included in the sale.

Mr Marshall said: ‘It’s really sad to see them go but business rates and costs are just too much – they’re costing me money all the time.

‘I used to rent them out and do around 12 weddings a week but these days I physically can’t do it.

‘I am reluctant to let them go but I need a bit of money to live on.

‘My wife and I have not had a holiday for 45 years and if it’s a choice between my cars and my wife it’s no competition.

‘The royal cars are magnificent and have always been very popular with people who see them.

Hansons Auctioneers revealed they are expecting global interest in the collection and hope that, by selling the cars as a single lot, the group will be kept together

‘The Wallis Simpson one seems to be loved by Americans because she was the closest thing they ever really had to a queen.

‘When Harry and Meghan got married it got a lot of attention from people thinking it was almost like history was repeating itself.’

The auction house described the collection as a ‘one off’, and are hopeful that the group will be kept together in the future.

The sale will take place on April 9.

A 12-year-old coronavirus patient 'fighting for her life' had no preexisting conditions, her family said