Thousands of cars written off in horror crashes are being illegally repaired and sold as second-hand vehicles to motorists who have no idea they may be driving around in a ‘death trap’.

More than 40,000 undeclared write-offs worth £800 million – including some without airbags – are being sold to unwitting drivers each year, a Channel 4 Dispatches investigation found.

Experts warned that criminals were buying write-offs from salvage auctions at bargain prices, having them repaired – often using stolen parts.

Those cars then entered the second-hand market. 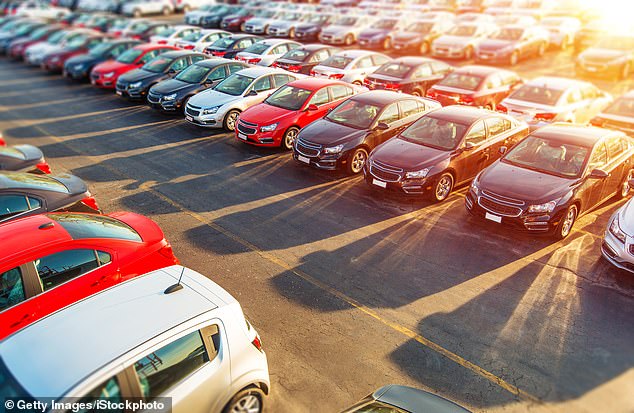 The worrying criminal trend is being fuelled by the soaring price of used cars caused by a chronic shortage of new vehicles.

In one case, a dealer in the West Midlands sold a Mini Countryman for £17,495 without informing the buyer that it has been written off in an accident, with a front wheel ripped off and airbags deployed.

Motorist David said he bought the car after being assured it had not been written off – and carried out a standard search that came back all-clear.

But he was horrified to discover its past eight months later when he tried to part-exchange the car for a smaller model.

The dealer refunded him, but he soon spotted that the same car was up for sale online for £16,995.

It is illegal to knowingly sell a car that has been written off without declaring it.

To avoid buying an undeclared write-off, experts advise using an enhanced checking service – such as Vcheck or MotorCheck – and not rely solely on a dealer.

Dispatches: Why Is My Car So Expensive? airs on Channel 4 tomorrow at 8pm.

Turkey says it is discussing Syria offensive with Russia, U.S.