A "DRUG-SMUGGLING" cat held at a Sri Lankan prison after being found with heroin and SIM cards tied around its neck has reportedly escaped from its cell.

The animal had been detained after its cargo was discovered by officials at the high-security Welikada Prison in capital Colombo on Saturday. 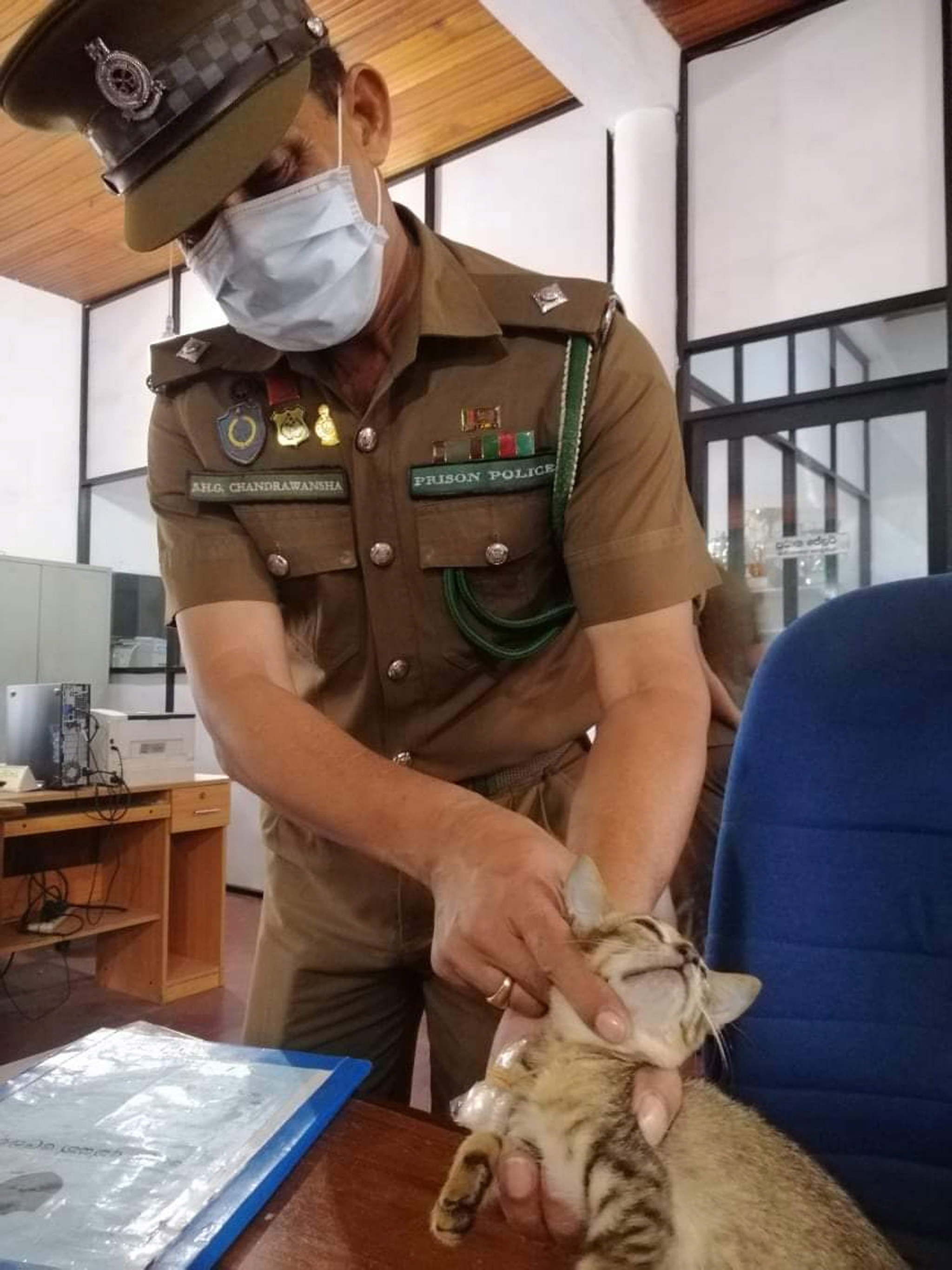 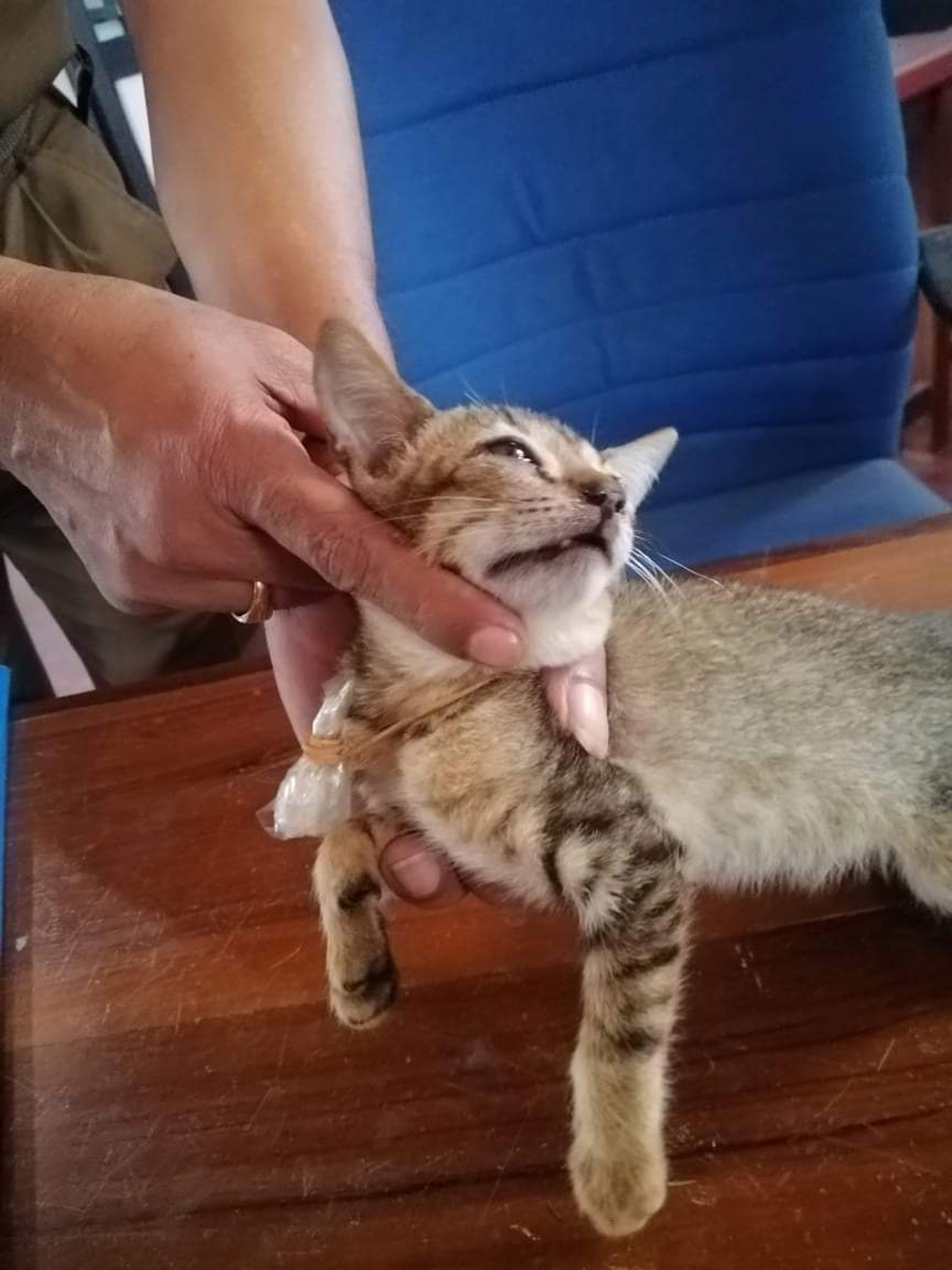 Pictures show officials in an office at the prison handling the animal, which has a small plastic bag visibly secured to the underside of its neck.

Two grams of heroin, two SIM cards, and a memory chip were reportedly found inside the bag.

The cat was placed in a cell in the prison but later escaped, the Arun newspaper reported.

It is said to have run out of the room and escaped through a fence when guards came in to give it food.

The prison is reported to have seen a rise in restricted items such as drugs, mobile phones, and phone chargers being thrown over its walls in recent weeks.

Officials are said to suspect the animal was trained and deployed by a cartel associated with crime boss Angoda Lokka, who is thought to have died in July.

They had been hoping it could help them track down the source of the drugs, but have confirmed they will not be searching for it now it has escaped, the Daily Beast reported.

Last week, authorities launched a search on a farm linked to Lokka in a suburb of Colombo.

The raid uncovered an air rifle, bullets, and an eagle known to have been used to deliver drugs in the past.

In March, the country also executed its biggest ever drugs bust carried out at sea.

The Sri Lankan navy seized two foreign trawlers off the coast near Colombo and found 400kg of heroin and 100kg of crystal meth on board.

The drugs are reported to have had a street value of $33million.

Investigators were reported to be using the ships' GPS data to establish the route by which they arrived in Sri Lanka and their point of origin.

It is believed that international drug smugglers use the island nation as a transit point. 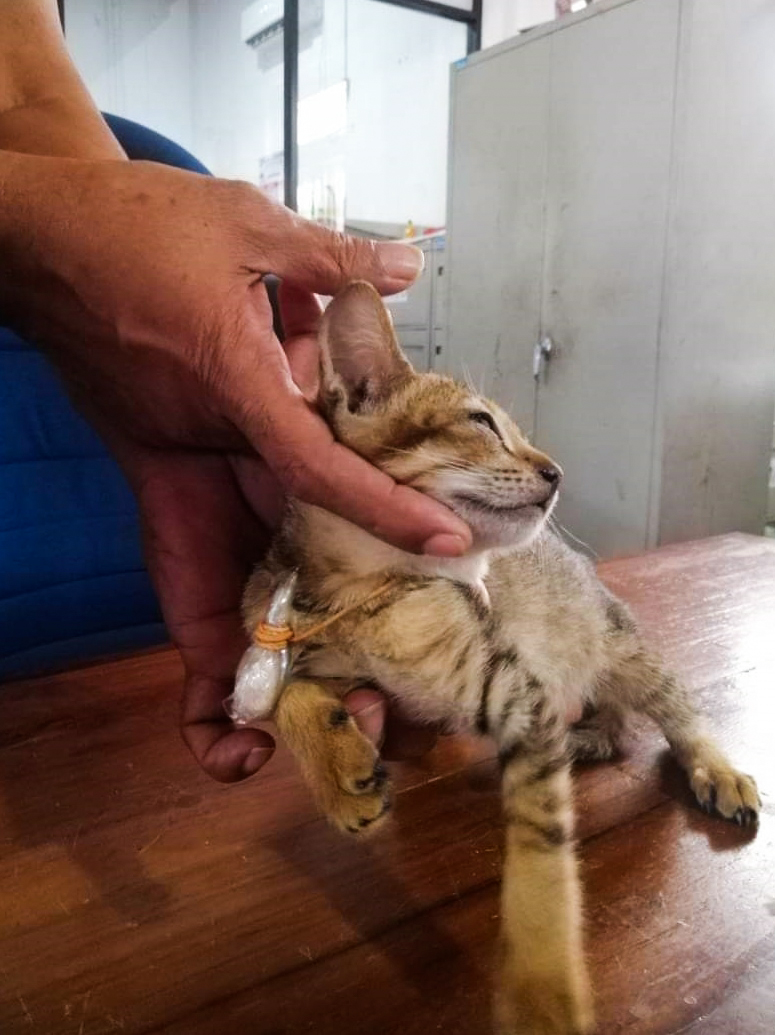 Barnard College student charged with stabbing her mother to death

What does a no deal Brexit mean for Gibraltar?