Victorian Catholic school principals say they can’t sign off on camps, buildings or calendar dates for the new year because their employers and union have failed to strike a workplace agreement. 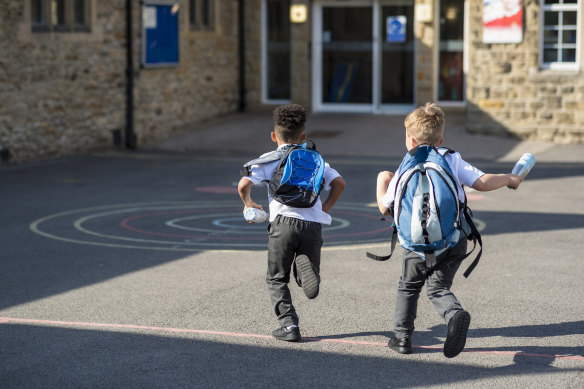 Darren Egberts, president of the Principals Association of Victorian Catholic Secondary Schools, said some schools were changing their 2023 timetables to reduce face-to-face teaching time. “That’s not a great outcome for any school,” he said.

“The cost of the changes that have already gone through and that are under discussion can’t be covered by parent increases, so schools are managing them in a variety of ways.”

Catholic employers and the Independent Education Union (IEU) have had more than 40 meetings over the past 19 months to negotiate a new deal that largely mirrors the pay and conditions agreed for the state school system.

The parties signed off on a 2 per cent annual pay rise and a reduction in face-to-face teaching time, on par with the recent deal between the Andrews government and the Australian Education Union.

But Catholic employers have refused to follow the state system in providing time-in-lieu payments for out-of-hours work such as camps, excursions and parent-teacher interviews. The government did not provide state schools with extra funding for the time-in-lieu changes, prompting some principals to describe them as unaffordable and to scrap or curtail activities held outside school hours.

Catholic principals say they are flying blind until a deal is struck, making scheduling, hiring and decisions on camps and new buildings more complicated.

Egberts said teachers in the Catholic system deserved the same benefits as those in the state system, and to be compensated for the increased demands on the profession. A union survey of 10,800 government school staff last year found teachers work an average of 15 hours of unpaid overtime a week.

What Victorian government school teachers got in 2022 agreement

But Egberts said achieving parity with the state system without disadvantaging students was a real challenge for the Catholic system, which relied on federal government funding, tuition fees, and to a lesser extent, state government funding.

“We’re trying to work through what we can actually do that’s going to allow schools to remain viable and to provide the education that schools want to give.”

Di Cesare said schools needed extra funding to cope with the changes. “You can’t keep adding costs to schools,” he said. “It’s going to cost our bottom line. We’re thinking, can this renovation go ahead?”

But the IEU has rejected suggestions the Catholic system cannot afford the proposed deal. Catholic and independent schools will share $717 million to build or upgrade new schools and kindergartens under an election promise from the Andrews government. Victorian teachers’ 2 per cent annual pay rise also falls well short of inflation, which stands at 6.9 per cent.

The IEU’s Debra James said staff in Catholic schools were “looking down the barrel of a new school year without clarity around their basic working conditions”.

“It’s a nightmare for schools trying to plan timetables and class allocations, and it is immensely frustrating for principals and school leaders trying to recruit and retain staff in a time of unprecedented teacher shortages,” James said.

Catholic Education Commission Victoria acting executive director Paul Sharkey said it was a complex negotiation process and Catholic education employers were “committed to bargaining in good faith and want to finalise the new agreement as soon as possible”.

“We want to reach an agreement that fairly and justly rewards our teachers and staff while responsibly allocating resources to deliver the best education possible for our students and families,” he said.

The workplace agreement will cover 25,000 staff and affect the 20 per cent of Victorian students who attend Catholic schools. It is hoped an in-principle agreement will be struck this year, to be ratified in the first half of next year.

The Catholic diocese of Sale, which governs 47 schools, struck its own four-year deal with the IEU in August.

Only Fools And Horses Reliant Regal Supervan goes up for auction

How many Madeleine McCann ‘sightings’ have there been around the world and where were they?