Cleveland Cavaliers guard Darius Garland is sticking with the team for years to come. Garland reportedly signed a five-year, $193 million rookie extension to stay with the Cavaliers, according to Adrian Wojnarowski. The deal is the largest contract ever handed out by the franchise.

The deal will rise to $231 million if Garland makes an All-NBA roster or wins the league MVP next season.

Cleveland Cavaliers All-Star guard Darius Garland has agreed on a five-year, $193M maximum designated rookie contract extension that could be worth as much as $231M, @KlutchSports CEO Rich Paul tells ESPN. It is the largest deal in franchise history.

Cavs general manager Koby Altman portended the deal in April, when he told reporters, “He’s going to be in Cleveland for a long time and he embraces it here. He loves it here. We’re fortunate that he’s a Cavalier.”

Garland averaged 21.7 points (on 46/38/89 shooting splits), 8.6 assists and 3.3 rebounds in 35.7 minutes per game this past season, leading the Cavaliers to their first winning season since LeBron James left the franchise in 2018. Season-ending injuries to Jarrett Allen, Collin Sexton and Ricky Rubio cost Cleveland a guaranteed playoff spot, and the Cavs lost both opportunities to emerge from the play-in tournament.

Garland averaged 27.5 points (43/31/88) and seven assists in the two play-in losses, which came against the Brooklyn Nets and Atlanta Hawks.

The No. 5 overall pick in the 2019 NBA draft, Garland finished third in the Most Improved Player voting this past season behind Memphis Grizzlies star Ja Morant and the Atlanta Hawks’ new All-Star guard, Dejounte Murray. Garland made the difficult leap from a promising second season to bona fide All-Star in 2022.

That was enough to warrant a massive investment from the Cavaliers, who just gave Garland the biggest contract in franchise history — with a starting salary that rivals LeBron’s final year in Cleveland. This deal is representative of the franchise’s longterm belief that Garland could lead the Cavs to the same heights.

The team expects bigger things next season. In addition to locking up an improving Garland, the team also signed Ricky Rubio and drafted Ochai Agbaji in the first round of the NBA draft. Our own Krysten Peek liked the Agbaji pick, giving the team a high grade for the selection. 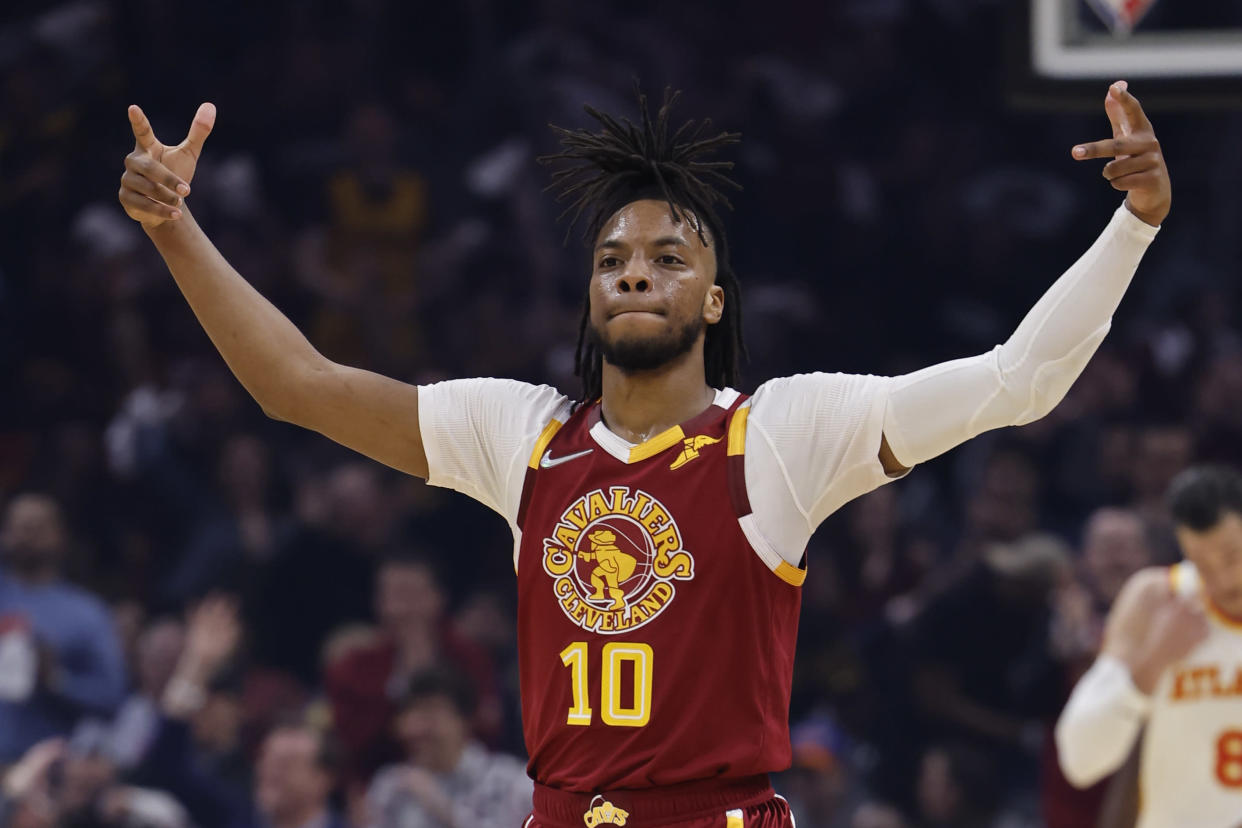 Coeliac says BA 'ruined' her holiday after leaving her without meal