A survivalist known as the ‘Tarzan of LA’ has sparked outrage by butchering and eating a dead baby dolphin that he found on a beach in California.

Gary Golding, who has made several appearances on Discovery show Naked And Afraid, was on Laguna Beach recently when he happened upon the animal carcass.

Golding filmed himself kneeling down in the sand before whipping out a hunting knife and carving up the creature. 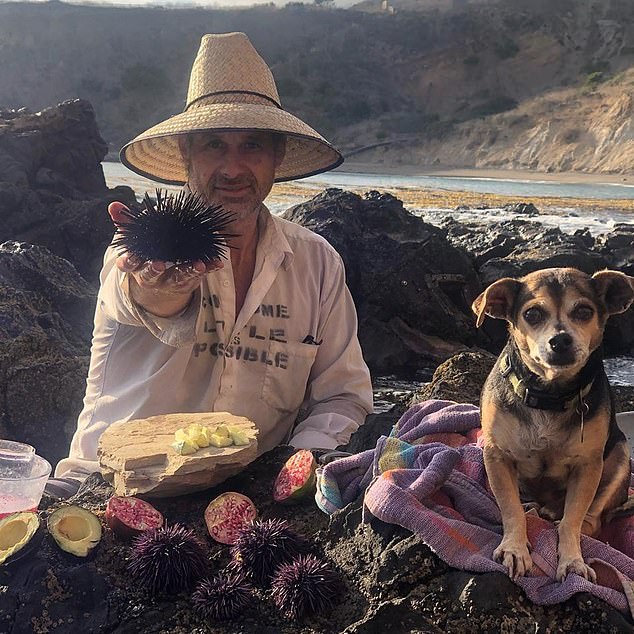 Gary Golding, a survivalist who has featured on three series of Naked and Afraid, has caused controversy by eating a dead baby dolphin he found on a beach in California (file image) 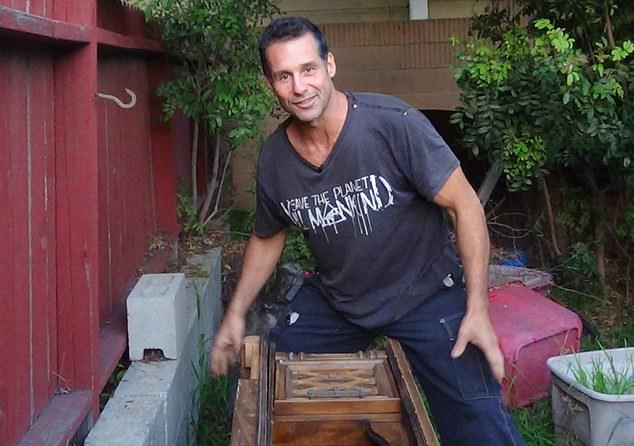 In the video, Golding (file image) can be seen pulling out a hunting knife and hacking apart the dolphin – including cutting its heart out

He can be seen slitting the animal’s stomach open and removing its heart before starting to hack the meat off its sides.

Moments later, Golding is shown grilling the meat and some of the organs on a portable barbecue.

‘Definitely gamey,’ he tells the camera, before dipping a piece of heart in what appears to be mustard and adding: ‘Probably not seasoned the best.’

Rationalizing his behavior, Golding tells viewers: ‘I’m the scavenger from naked and afraid, so I’m going to live up to what I do.

‘I’m going to eat dolphin heart and I guess I’ll eat what you call dolphin backstrap. The thing is, I don’t want to let this go to waste.’ 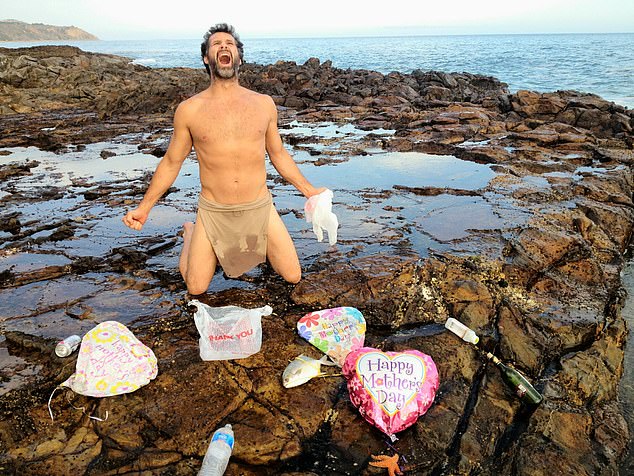 The survivalist, who is also a keen conservationist, said he ate the dolphin because he ‘didn’t want it to go to waste’

Golding promoted the video on his own Facebook page, writing: ‘I ate a dead baby dolphin. This life I lead is not fake and it’s definitely not scripted. I’m the real deal.’

The footage has divided opinion online, with some promoting it, but others disgusted by Golding’s treatment of the dolphin.

The video sparked outrage by some twitter users, who pointed out that eating dolphin puts humans at risk of mercury poisoning

The MMPA, which was passed in 1972, makes it illegal for Americans to kill, hunt, injure or harass all marine mammal species – including dolphins.

Section 8 of the Fishermen’s Protective Act, also known as the Pelly Amendment, also prohibits the importation of products from countries violating and fishery conservation program, including hunting endangered species such as dolphin.

However, there appears to be no law against the consumption of dolphin meat – provided the animal was neither hunted in the US, or imported from overseas.

However, various environmental groups warn against eating dolphin because of the risk of mercury poisoning.

Mercury is ingested in tiny amounts in smaller fish which are then eaten by dolphins, concentrating it to levels which could be harmful to humans.

Golding has appeared in at least 15 episodes of Naked and Afraid, where he showed off his survival and scavenging skills to endure in the wild.

He also appeared on a new series of the show, Naked and Afraid: Alone, which started on Sunday on Discovery.

U.S. withdrawal from Syria is not invitation to use chemical weapons: Bolton