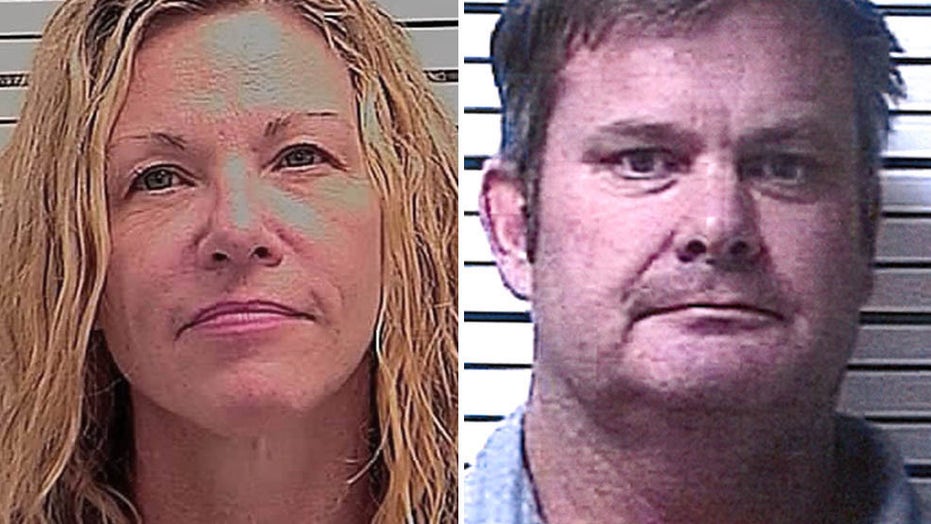 Daybell and his wife, Lori Vallow, are charged with multiple crimes in connection with the deaths of her two children – Joshua “JJ” Vallow and 16-year-old Tylee Ryan – and his first wife, Tammy Daybell. Vallow is also charged in Arizona with conspiracy to commit first-degree murder in the death of her former husband, Charles Vallow.

Defense attorney John Prior has asked that his client’s trial be moved from Fremont County because of the extensive media coverage surrounding the case. Prosecutors have said in court filings they don’t mind a partial change of venue, East Idaho News reported. They asked the trial be held in Fremont County but that jurors be selected from another county and sequestered.

Prosecutors announced murder charges against Lori Vallow, 46and her husband, Chad Daybell in the deaths of her two children. Daybell lawyers on Tuesday argued for change in venue for his trial.
(Madison County Sheriff’s Office)

During Tuesday’s virtual hearing, Daybell briefly appeared wearing a suit alongside his attorney. He was not present for the afternoon session.

Seventh Judicial District District Judge Steven Boyce did not make a ruling on the venue request. The motion to sequester the jury was continued so Prior could have adequate time to argue his position.

David Bryant, the vice president of analytics for Ironwood Insights, an Arizona marketing research firm, testified about a survey conducted in Bonneville, Freemont, Jefferson and Madison counties on the Daybell case. Of the 177 people who took the survey, Bryant said 82% said Daybell and Vallow were guilty.

Boyce ruled that the poll will not be considered in the change venue hearing.

“This poll is irrelevant,” Madison County Prosecutor Rob Wood said, citing that most of the results came from outside Fremont County. “Almost 90% of the results are from other counties.”

Fremont County Sheriff Len Humphries testified and asked about social media posts on his personal accounts about the case, namely mages of memorials for Vallow’s children.

“I don’t know how many people follow my Facebook page,” Humphries said when asked how many followers he has.

Vallow’s case is on hold after she was found to be mentally unfit to stand trial.