CHANNEL 5 has apologised and offered to pay "substantial damages" to an OCD sufferer after she found TV crew in her home.

Natasha Lowe launched legal action earlier this year after discovering strangers picking through her possessions and stomping over her carpet while filming Can’t Pay? We’ll Take It Away!. 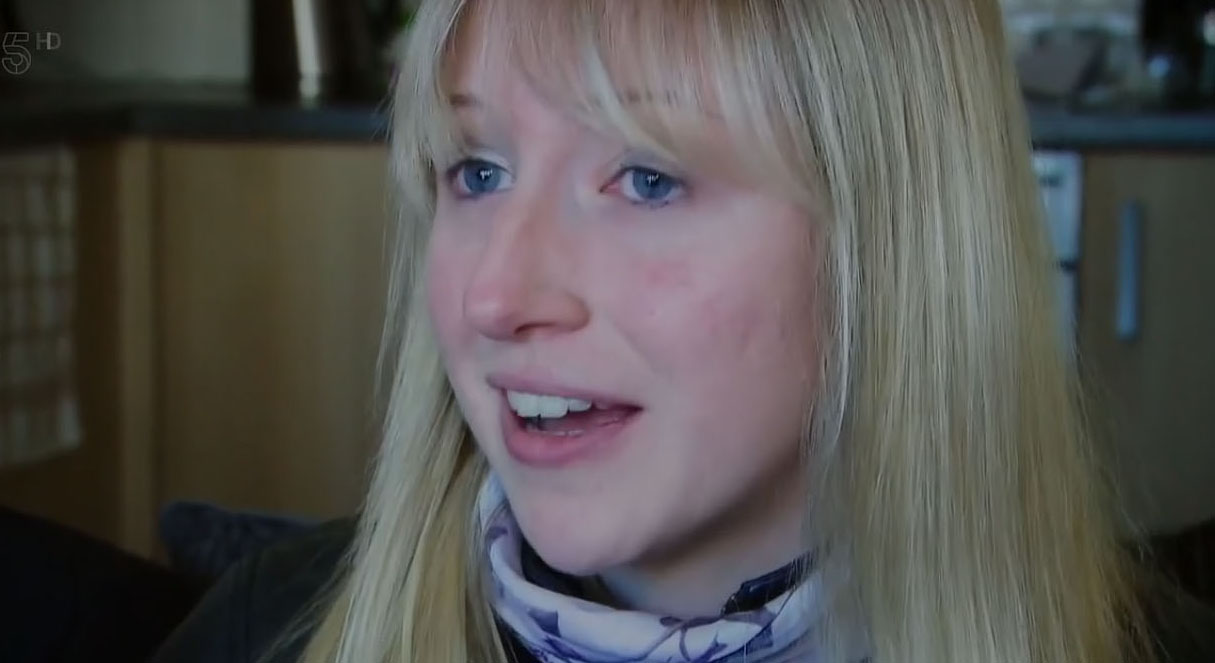 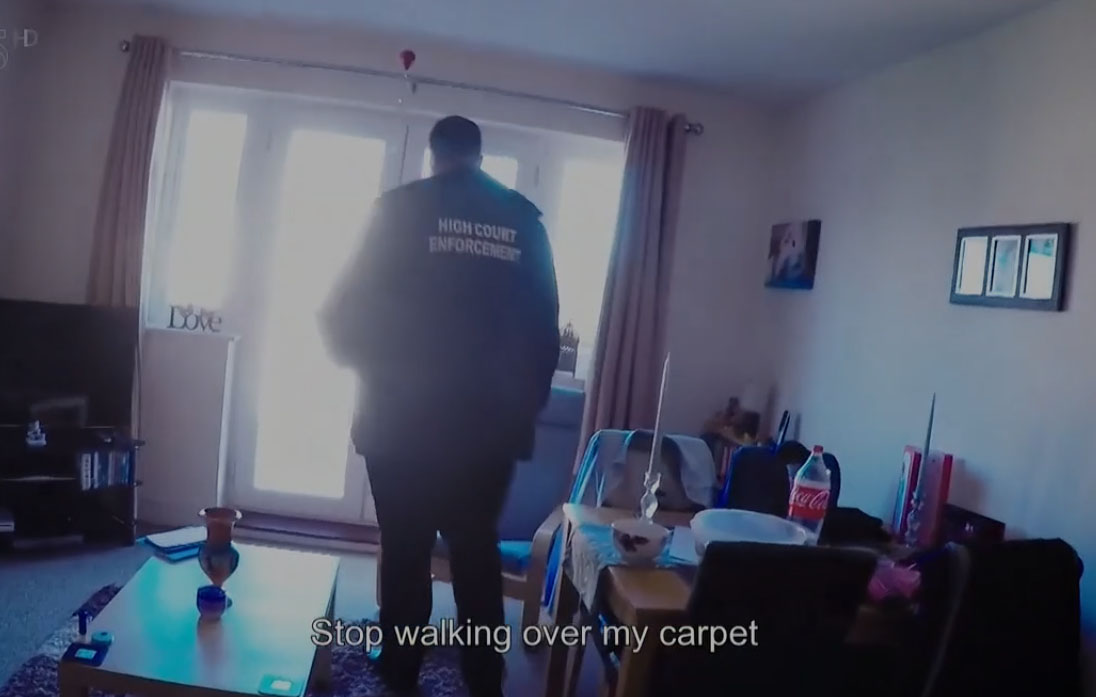 Ms Lowe said she "experienced a tightening of the chest and had difficulty breathing" as a result of the ordeal.

She was even forced to reach for an asthma inhaler after discovering the two bailiffs and three-man film crew shooting the episode in her flat.

She said that bailiffs involved in the programme – which follows debt collectors – told her they were going to haul away £6,000 worth of goods.

Ms Lowe, who was using crutches due to medical problems at the time, says her OCD "exacerbated the upset" of encountering five random people in her home "touching her possessions and walking on her carpet."

She added that her distress was broadcast to "many millions" of viewers and was reportedly demanding up to £100,000 of compensation.

But a hearing at the High Court in London on Thursday was told that the legal dispute has now been resolved through a settlement.

William Bennett QC, representing Ms Lowe, told the court that Channel 5 had offered to pay her legal costs despite previously denying any wrongdoing.

The hearing was told that at the time of filming in February 2016 that Ms Lowe lived with her then partner, who had allegedly incurred a debt to his ex-girlfriend.

The woman in question instructed the team to recover the debt at Ms Lowe's flat in Woolwich, and the team were invited in while she was commuting to work.

She then returned home "in a state of panic" after her former partner phoned to say the agents were "about to seize her possessions unless she could provide receipts which proved that she owned them".

"On her return she made it clear to the film crew that she did not want to be filmed and so the crew agreed to leave the property," Mr Bennett said.

Ms Lowe believed she was about to lose her possessions as she had not kept receipts, with the incident coming as a "complete shock" to her.

"The broadcast of the programme has caused the claimant substantial upset and distress," Mr Bennett said.

"It has been particularly upsetting for her because she did not owe the relevant debt." 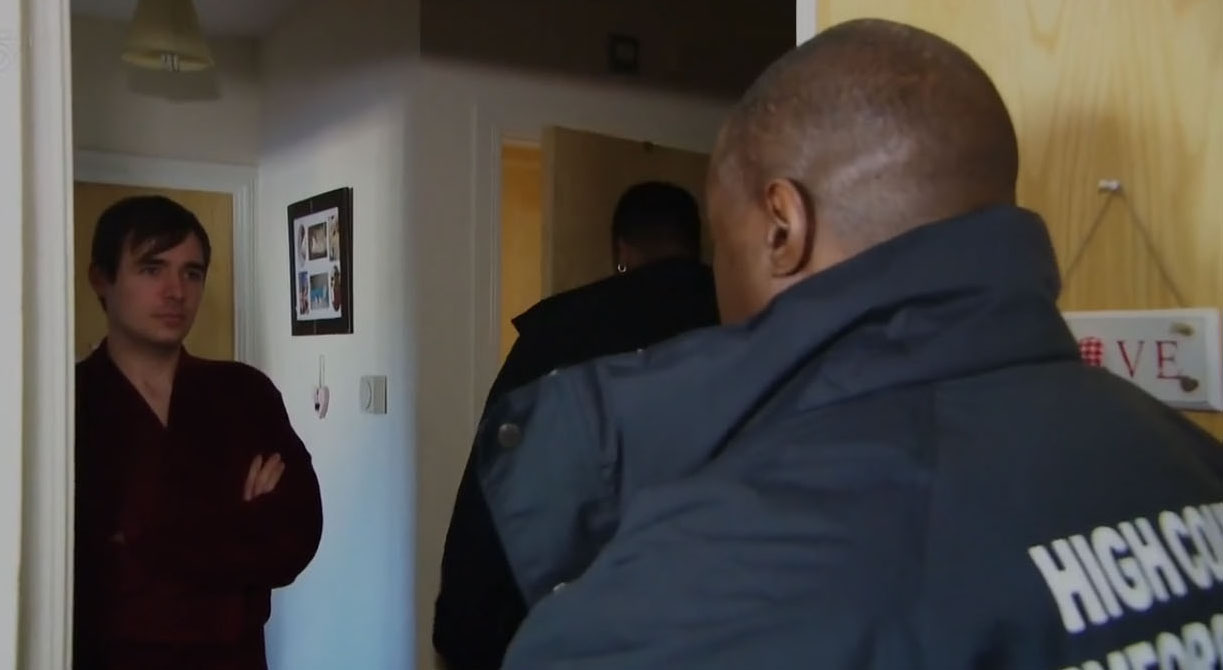 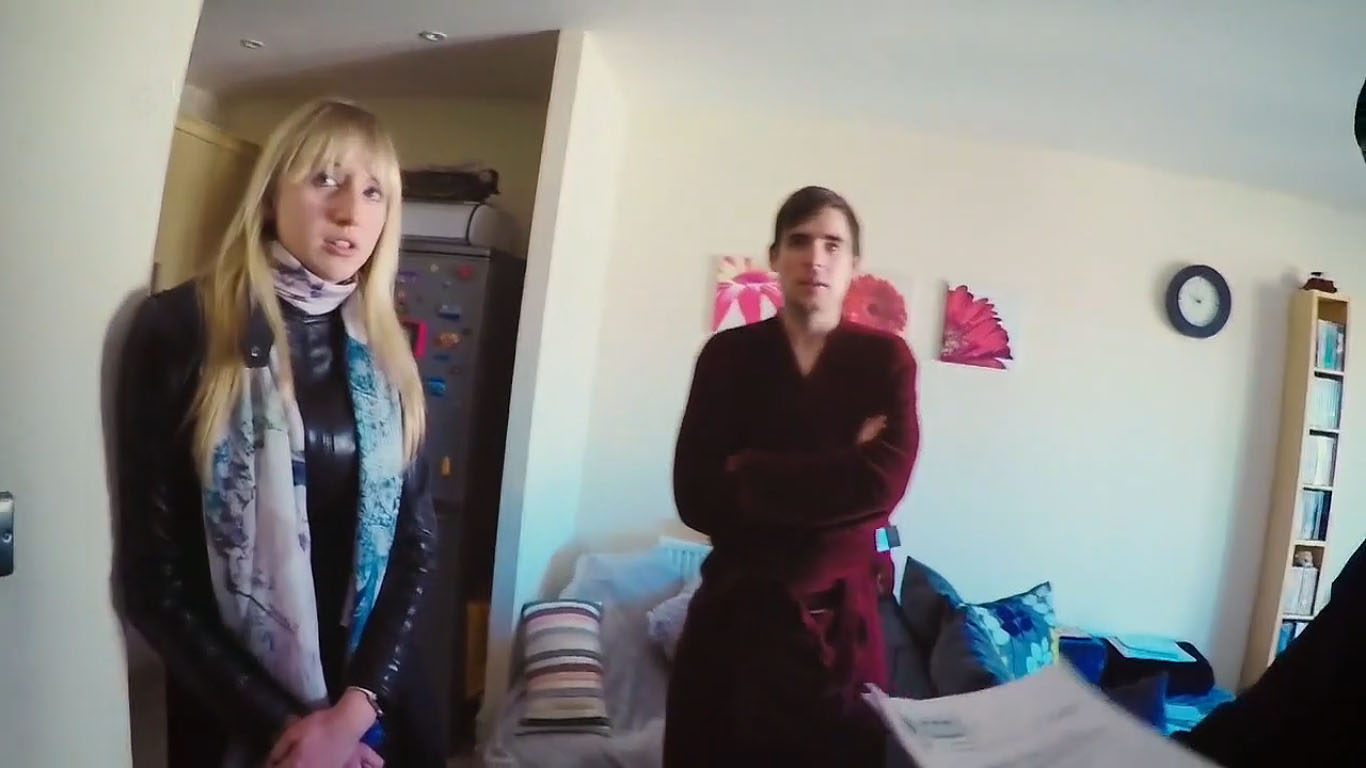 Channel 5 has since undertaken not to broadcast the programme again, or make it available on the internet – apologising to Ms Lowe publicly "for the distress caused to her by the programme".

In a statement, Robbie Stern, a representative for Channel 5 and Brinkworth Films, said: “They (Channel 5) have at all times believed that this programme forms part of a series of real public interest, where each of the stories involves a careful balancing exercise between matters of public interest and the right to respect for privacy".

He added: "They are prepared to accept, however, that on this occasion, in relation to the claimant, they may well have got that balance wrong.“

"And for that reason they are prepared to settle her claim and also apologise to her for the distress caused to her by the broadcast of the episode in question."

Pedestrians have narrow escape as car hurtles backwards along pavement