Another 50 migrants including small children arrive in UK by small boat despite storm forecasts for English Channel to bring total to 11,790 this year

Around 50 migrants have arrived in the UK by small boat so far today despite forecasts of stormy weather in the English Channel.

As Prime Minister Boris Johnson and wife Carrie flew to Rwanda on an official visit amid controversial plans to send migrants to the African nation, the mostly male group were brought into Dover, Kent.

They were intercepted in the 21 mile wide Dover Straits and brought into the harbour on board Border Force cutter Defender around 8am.

While the Ministry of Defence (MoD) are yet to release the official figures for today, it is believed the vessel was carrying between 45 and 50 migrants – including a small number of women and children. 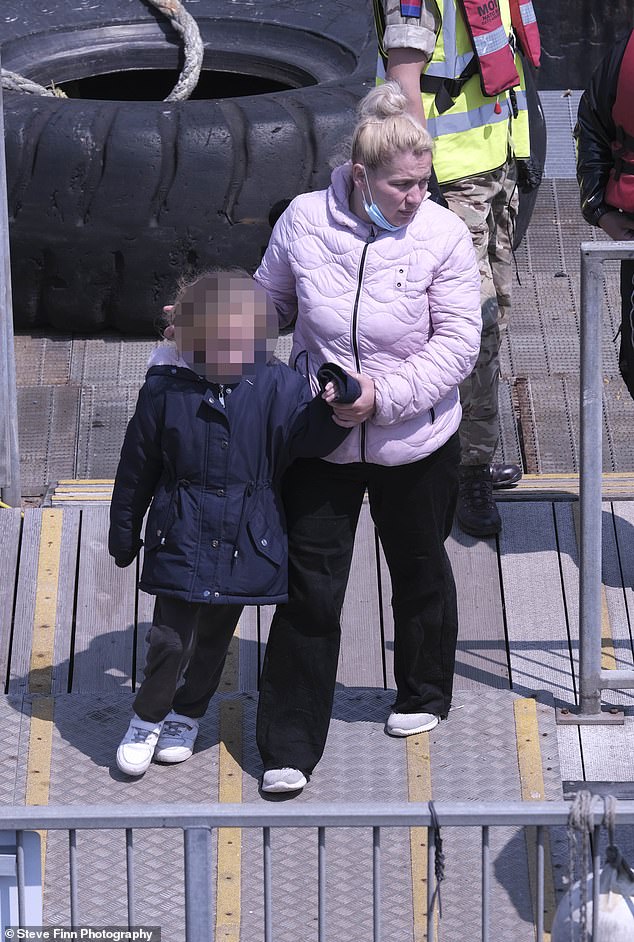 A group of 50 migrants, including women and children, pictured, arrived in Dover this monring after risking threatened storms 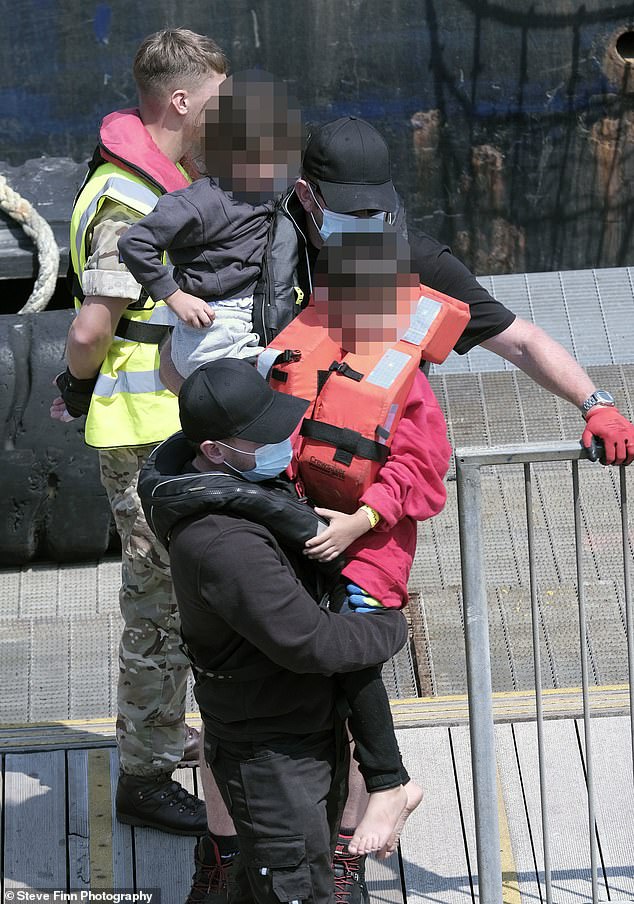 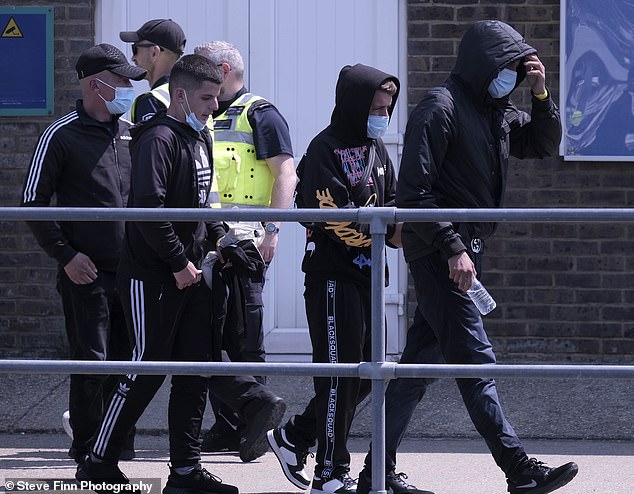 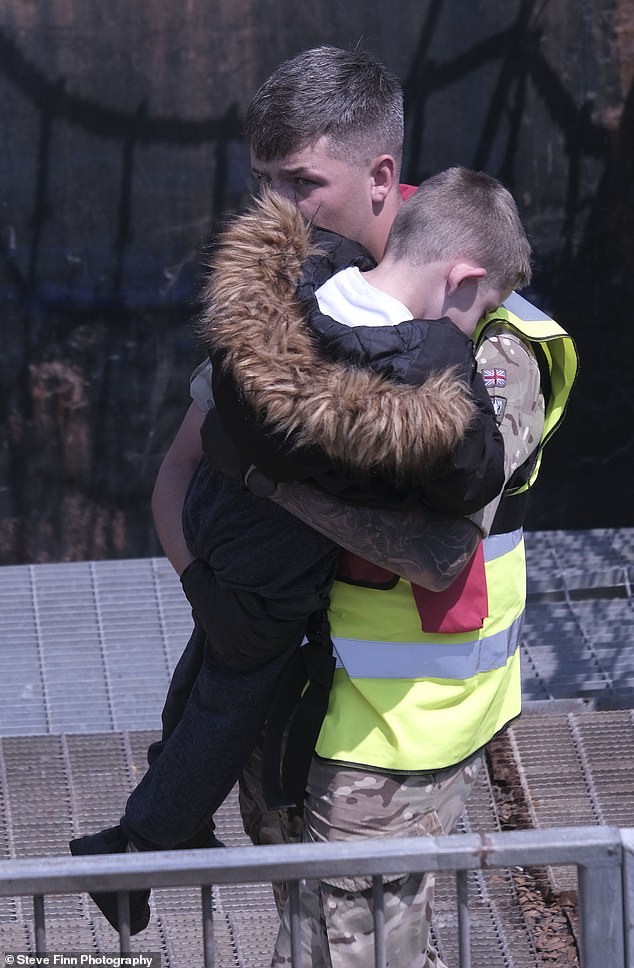 Official figures suggest almost 2,800 people have crossed the Channel so far this year

One woman cradled toddler – wrapped in a red life jacket and blue blanket – in her arms as she disembarked the boat.

And two primary school-aged children could be seen being helped off the vessel by soldiers dressed in camouflage fatigues and high-vis vests.

The latest arrivals were led along the gangway by UK officials where their life-jackets were removed and they were escorted onto a coach to be taken for processing.

This comes after almost 100 people made the perilous journey across the 21-mile Dover Strait on Wednesday.

According to official figures released by the MoD, 98 migrants were intercepted by UK officials in three boats.

So far this month 2,226 people have reached the UK in 56 dinghies and other small craft.

It brings the total number of migrants detained to 11,790 this year – almost double the 5,906 people who arrived in the same period last year. 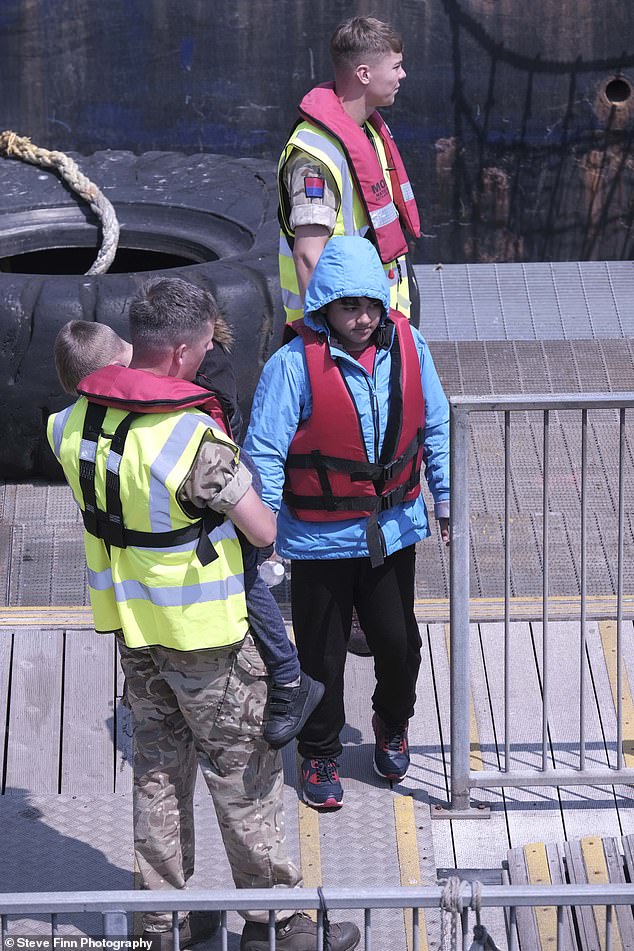 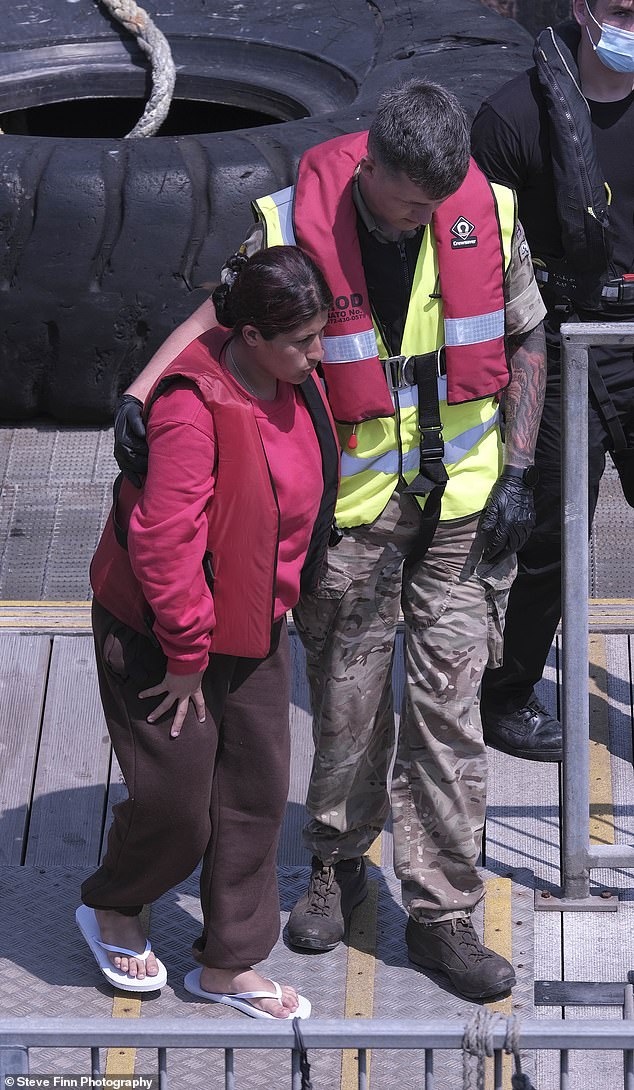 But weather conditions are expected to deteriorate as the week progresses – making further crossings extremely dangerous.

‘It’s disappointing that the efforts being made by the Government to save lives and stop the people traffickers are being undermined by people who should know better.

‘They should think again and support the action being taken to bring these treacherous journeys to an end.

‘Let’s not forget that these criminal smuggling gangs have a callous disregard for everyone.

‘Too many lives have been lost in doomed attempts to cross the English Channel. It needs to end.’

U.S. will boost 'Do Not Travel' advisories to 80% of world