A motorcyclist died today in a hit-and-run crash on a motorway which caused major delays for passengers heading to and from London Stansted Airport.

The M11 was shut in both directions during rush hour following the smash between junction eight for Stansted and seven for Harlow in Essex at about 5am this morning.

Essex Police said the rider of the motorbike, a man in his 60s, died after the crash – and the other vehicle involved ‘failed to stop at the scene’. 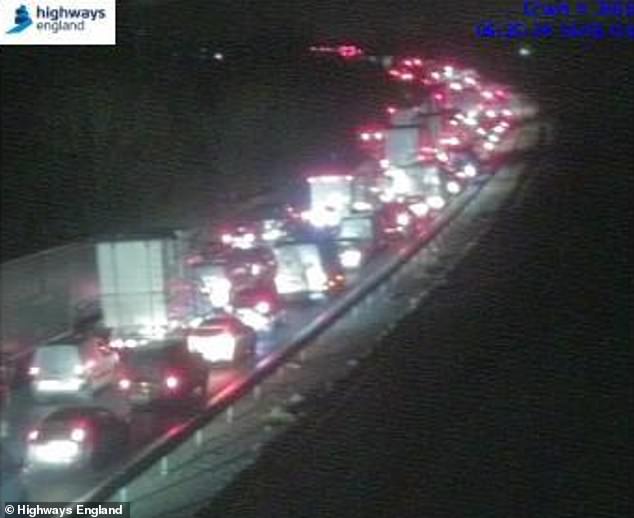 The chaos left many passengers facing missing their flights, with Ryanair saying customers affected would be moved to the next available plane for free.

Police said they expect the road to remain closed into this afternoon and are working with Highways England to re-open it ‘as soon as possible’.

Matt Cornish, Harlow district commander for Essex Police, posted on Twitter: ‘We will be starting to turn cars around on the M11 shortly. 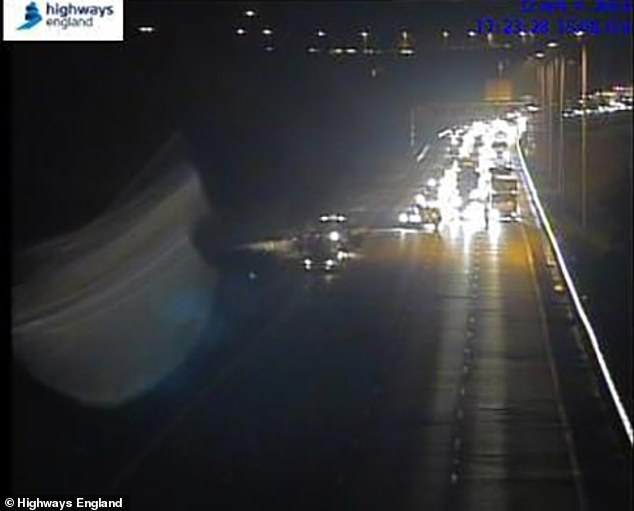 ‘Please remain within your vehicles and follow instruction from Essex Roads Policing to allow this to happen quickly and safely.’

A Highways England spokesman said: ‘M11 is now closed in both directions between J8 Stansted and J7 Harlow due to a serious collision involving a motorcycle.

‘Emergency services including Essex Roads Policing are in attendance. Delays on approach. Please plan ahead if travelling in the area this morning.’

A Ryanair spokesman said: ‘Customers travelling to/from Stansted Airport this morning should be aware of severe traffic disruption due to the closure of the M11 motorway. 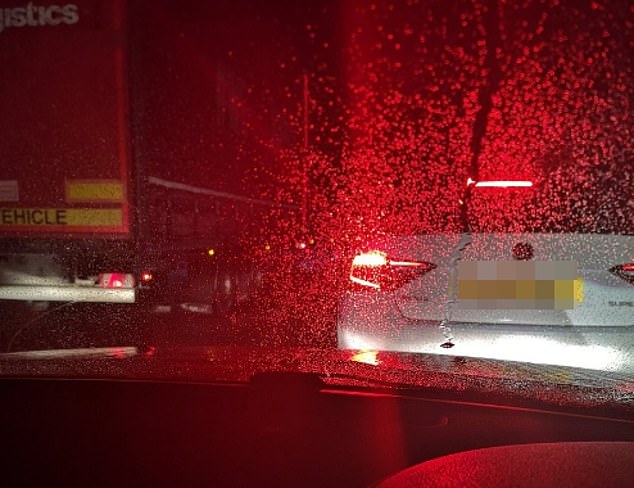 ‘Flights will depart as scheduled – customers who miss flights due to this closure will be transferred to the next available flight free of charge.’

An Essex Police spokesman said: ‘A motorcyclist has died following a collision on the southbound M11 between Stansted and Harlow.

‘A motorbike and a small dark-coloured vehicle were in collision at around 5am.

‘Sadly, the rider of the motorbike – a man in his 60s – died at the scene and the dark-coloured vehicle failed to stop at the scene. 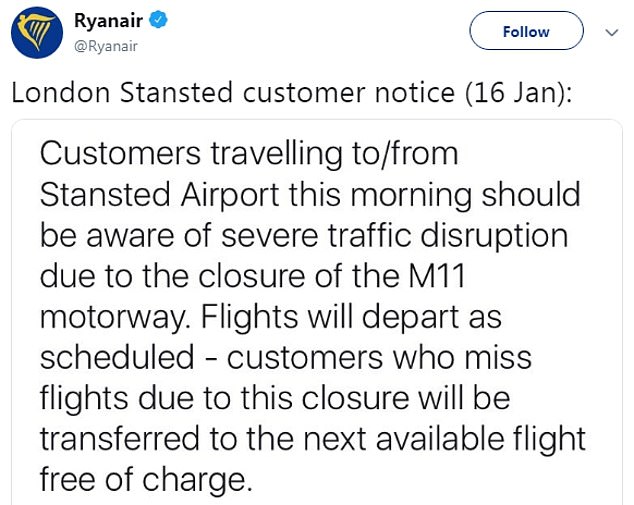 ‘We anticipate the road will remain closed into this afternoon and we’re working with Highways England to re-open it as soon as possible.

‘Diversions are in place and officers are working to turn around vehicles which are currently in the traffic. Please avoid the area and plan your journey.’

Police added that they need witnesses to come forward, and want to talk someone who saw a small dark-coloured vehicle in the area or was overtaken by it.