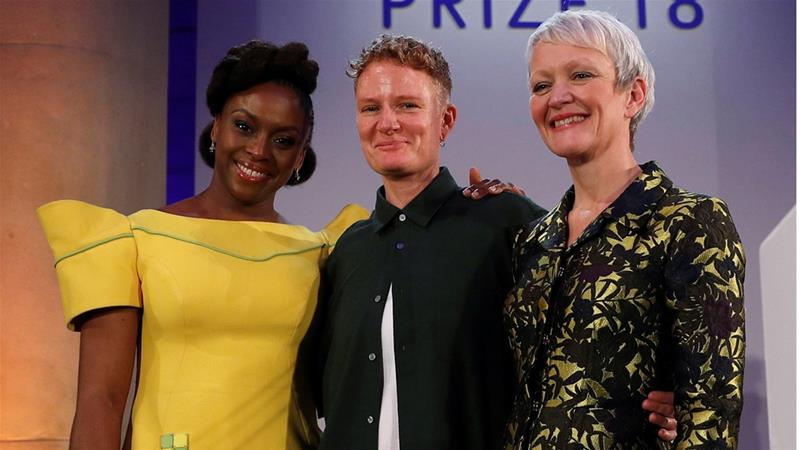 For the first time, all four works shortlisted for the annual prize were films, organisers said, tackling “some of today’s most important issues, from queer identity, human-rights abuses and police brutality to post-colonial migration and the legacy of liberation movements.”

Founded 34 years ago by a group named the Patrons of New Art, the Turner prize aims to encourage wider interest in contemporary British art. The group felt that the UK should have an award exclusively for visual arts, equivalent to the Booker Prize.

Prodger, 44, who works with sculpture, writing and film was awarded the $31,785 prize for the autobiographical “BRIDGIT”, a 33-minute video shot on an iPhone.

Her award-winning film, shot over the course of a year, explores queer identity and the subjectivity of the narratives on sexuality.

The film features snippets of Prodgers’ home and the Scottish Highlands. The soundtrack reveals the sound in her immediate environment as well as narrations read by her friends and other artists.

On the subject of receptivity, Tabish Khan, a London-based art critic, told Al Jazeera: “For art to resonate with people, which is what it should be doing, it needs to tackle the issue that we as individuals are dealing with. We see all these things on the news, we see it on Al Jazeera, we want our artists to reflect that in our work.”

It is “Prodger’s most personal and essayistic work to (date),” wrote Carly Whitefield, an assistant curator of Film at Tate, in the Turner Prize exhibition catalogue.

Jurors praised the way Prodger “explores lived experience as mediated through technologies and histories” and admired “the painterly quality of Bridget and the attention it paid to art history”.

Prodger was one of the four artists nominated for the prize. Other nominees include Forensic Architecture, an interdisciplinary team made up for architects, filmmakers, lawyers and scientists based in London. Naeem Mohaiemen, a British-Bangladeshi filmmaker, and the New Zealander, Luke William Thomson.

All four are filmmakers challenging the meaning of art through film, and address issues of identity and politics.

Often upsetting traditionalists on the topic of what is art, the Turner Prize for the first time since its inception displayed only films. “It is important to recognise that the Turner prize is recognising those artists that are pushing the boundaries of what art is and can be,” Khan told Al Jazeera.

“We have no idea what anyone will think about these works,” Linsey Young, the curator of the gallery, told Al Jazeera.

The Turner Prize is one of the most prestigious art award in the UK and is internationally recognised for challenging the conception and understanding of art.

Representing Scotland at the Venice Biennale next year, Prodger will join the ranks of past Turner Prize winners which include, Damien Hirst, the world’s richest living artist, and Steve McQueen, Anish Kapoor and Rachel Whiteread.