The moment killer husband gave himself away: Body language expert reveals how murderer pinched his eyes to make himself cry after killing his wife on secluded beach and then shooting HIMSELF four times to cover it up

Experts have revealed the giveaway moment a man pinched his eyes to cry crocodile tears after killing his wife at a Florida beauty spot – and shooting himself four times to cover up her murder.

Justin Barber, then 30, claimed he and his wife April had snuck into the Guana River State Park outside Jacksonville for a walk along the beach after celebrating their third wedding anniversary on August 17, 2002.

Barber said things turned deadly when a man in a baggy shirt demanded their money and car keys before shooting his 27-year-old wife in the face. 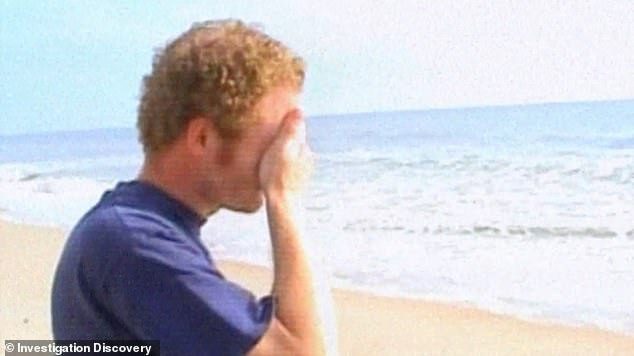 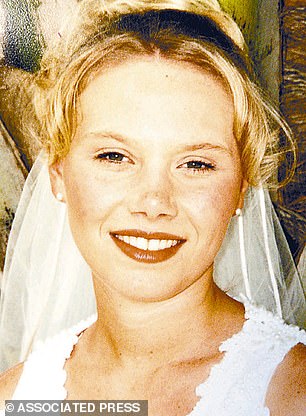 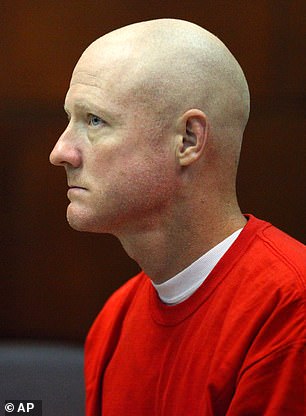 Murderer: Barber fatally shot his wife in the face and then himself four times in a bid to stage a fake robbery gone wrong. His lies were exposed at his trial and he was sentenced to life without parole in 2006 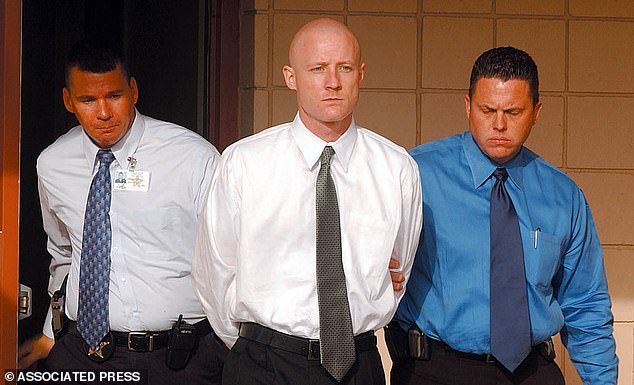 He claimed he had stepped in front of his wife and was shot four times – twice in the shoulders, under the right nipple and through his left hand.

But it later emerged that he had killed his wife – who was found in the ocean with a gunshot wound in her left cheek – and wounded himself to cover up the murder.

Now, body language experts on Faking It: Tears Of A Crime have outlined the tell-tale signs that gave away Barber’s guilt when he spoke about the night he killed his wife.

Barber was filmed as he took police back to the scene of the crime and appeared on TV appealing for help in catching her killer. 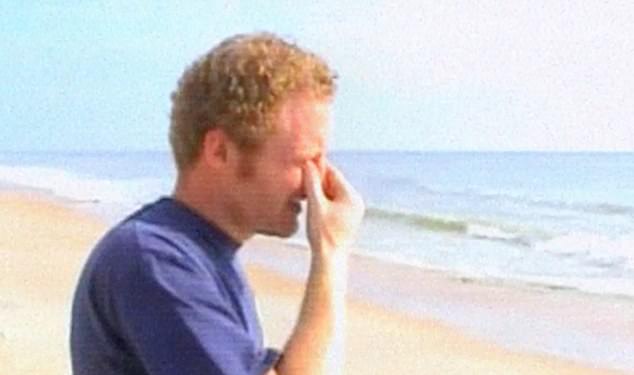 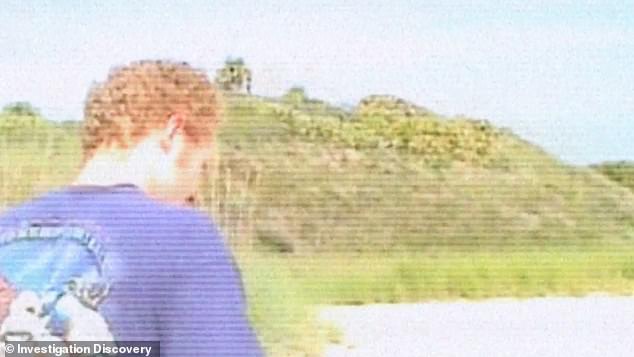 ‘He’s not feeling sad here, he’s faking it… he’s squeezing the eyeballs with his thumb and his forefinger,’ he says.

‘We see this so often, when people want to create some tears on their cheeks’.

The experts also say Barber was feigning shock and surprise by putting on a ‘quivering’ voice.

He also gave away the truth with his contorted facial expressions, over-emphasized speech and the over-extended head shakes that negate the words he says. 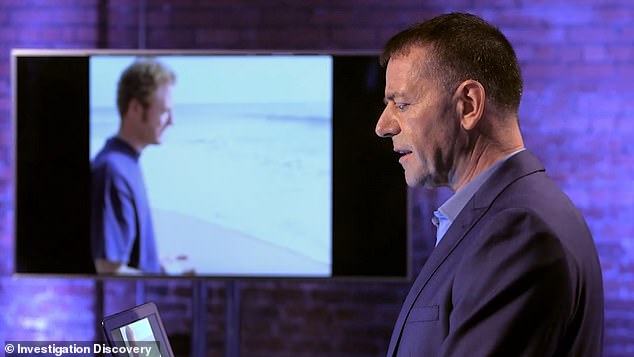 Experts on Faking It: Tears of a Crime highlighted the signs that Barber was faking his sadness

Despite his act, Barber’s lies soon unraveled as police discovered chilling files and Google searches on his computer.

He had downloaded ‘I Used To Love Her But I Had To Kill Her’ by Guns N Roses the day before the murder.

And he had Googled phrases including ‘medical trauma right chest’ as he plotted how to get away with murder.

Barber was sentenced to life in prison without parole in 2006. A jury had recommended he be handed the death penalty after voting 8-4 in favor of it.

Faking It: Tears of a Crime airs Friday at 10pm on Investigation Discovery.