Beijing/Washington: US-China trade talks ended on Wednesday with negotiators focused on Beijing's pledge to buy "a substantial amount" of agricultural, energy and manufactured goods and services from the United States, the US Trade Representative's office said. 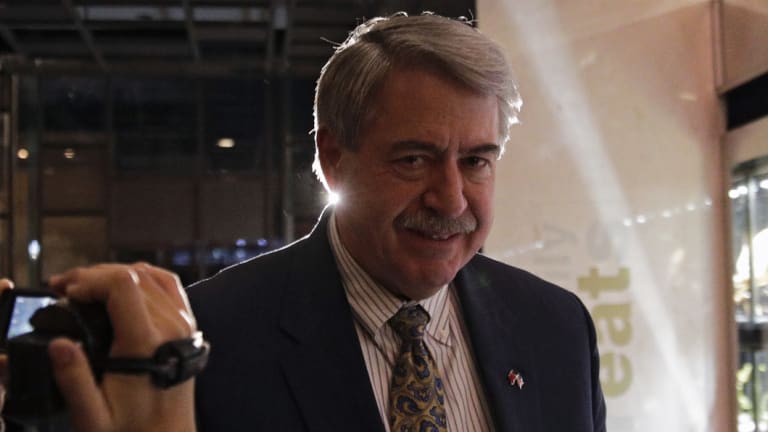 US Undersecretary for Trade and Foreign Agricultural Affairs Ted McKinney walks into a hotel after a second day of meetings with Chinese officials in Beijing,Credit:AP

In a statement that gave no specific details on the outcome of three days of talks in China's capital this week, USTR said that US and Chinese officials discussed "ways to achieve fairness, reciprocity and balance in trade relations".

No schedule for further face-to-face negotiations was released, and USTR said the American delegation would return to Washington to report on the meetings and "to receive guidance on the next steps."

US President Donald Trump and Chinese President Xi Jinping agreed in December to a 90-day truce in a trade war that has roiled global financial markets. After that meeting, top US officials said China had made an additional $US1.2 trillion in trade commitments.

The USTR statement contained no details on the amount of commodities, goods and services discussed in the Beijing talks. 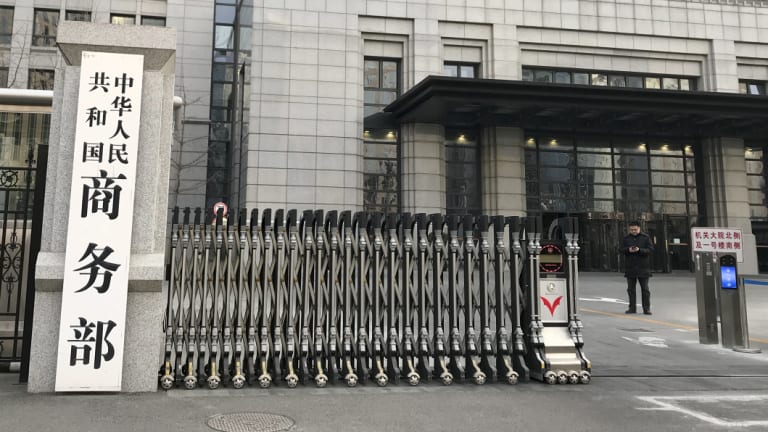 A man checks on his mobile phone near the main entrance gate of the Ministry of Commerce in Beijing, Credit:AP

Trump, who has accused China and other nations of exploiting the United States in global trade, has said he will raise tariffs to 25 per cent from 10 per cent on $200 billion worth of Chinese imports if no deal is reached by March 2.

Such a move would likely prompt further retaliation by China, which has already levied tariffs on US goods, further rattling investors who are nervous about a significant slowdown in China's economy.

"We're hopeful that we can make a deal with China," White House press secretary Sarah Sanders told Fox Business Network on Wednesday. "We expect something will come out of this. I don't want to comment on what that will look like."

She added that the Trump administration's complaint that China is stealing US intellectual property is "top of mind" in the negotiations with Beijing.

USTR also said the two sides discussed issues related to intellectual property protections and the need for any agreement to include "complete implementation subject to ongoing verification and effective enforcement."

US stocks opened higher on hopes of progress towards a deal to avert an all-out trade war between the world's two largest economies, but pared gains slightly after the USTR statement was released. Share prices jumped in Asia and Europe.

Companies in both the United States and China are feeling the pain from the effects of the US-China trade dispute. Apple Inc rattled global markets last week when it cut its sales outlook, blaming weak demand in China.

Speaking at a daily news briefing in Beijing, Chinese foreign ministry spokesman Lu Kang confirmed both sides had agreed to extend the talks beyond Monday and Tuesday as originally scheduled.

Speaking after the conclusion of the talks, Ted McKinney, the US under secretary for trade and foreign agricultural affairs, told reporters in Beijing that he thought they "went just fine." He added: "It's been a good one for us."

The extra day of talks came amid signs of progress on issues including purchases of US farm and energy commodities and increased access to China's markets.

The US team in Beijing was led by Deputy US Trade Representative Jeffrey Gerrish, and included under secretaries from the US Departments of Agriculture, Commerce, Energy and Treasury, as well as senior officials from the White House.

Vice Commerce Minister Wang Shouwen headed the vice ministerial level talks for China, though Vice Premier Liu He, a top economic adviser to Xi, made an appearance at a meeting on Monday.

China is keen to put an end to its trade dispute with the United States but will not make any "unreasonable concessions" and any agreement must involve compromise on both sides, the China Daily, a state newspaper, said on Wednesday.

The paper said in an editorial that Beijing's stance remained firm that the dispute harms both countries and disrupts the international trade order and supply chains.

1.5million Brits say they go without eating all day in lockdown