Church judge bans a son’s ‘X’ kiss from appearing on his parents’ gravestone along with two carved swans, after branding it ‘excessively casual and informal’

A church judge has banned an ‘X’ as a symbol for a kiss being included on a grave stone, branding it ‘excessively casual and informal’.

Commissary General Robert Hopkins, in his role as a judge of the Church of England’s Consistory Court, had been asked to approve a replacement memorial stone for a grave at St Mary’s Church at Great Chart near Ashford, Kent.

The proposed memorial is to husband and wife Frederick Edward Champion and Doreen Patricia Champion. 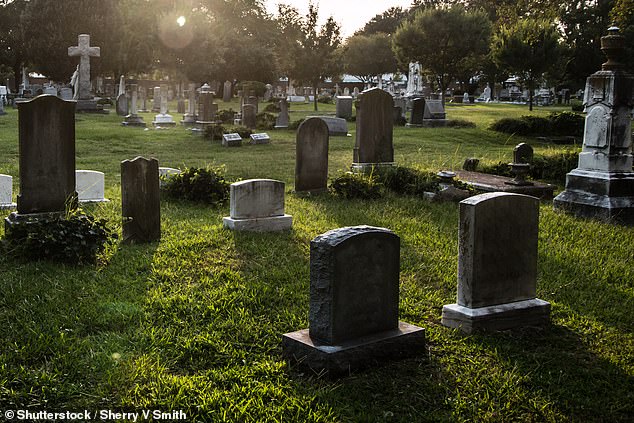 A Church judge has banned an ‘X’ representing a kiss being included on a gravestone, branding it ‘excessively casual and informal’ [File photo]

Their son, Nigel, had asked the court to approve a memorial which would include a pair of carved swans, a dove at the stairway to heaven and an ‘X’ to represent a kiss.

However, an objector challenged use of the kiss and the inclusion of the swans, claiming among other things that the swans were ‘too big’ and of no spiritual significance.

While the judge allowed inclusion of the swans which were Mrs Champion’s favourite birds, he refused permission for the kiss.

‘This symbol is not appropriate,’ he said. ‘In my view it conveys a tone that is loving, but excessively casual and informal.’

I was a bully: Laurence Fox admits picking on boys at £40K Harrow

Santander to close branches at 3pm weekdays and 12.30pm on Saturdays

Pupils at all-boys school to be taught about the menopause